END_OF_DOCUMENT_TOKEN_TO_BE_REPLACED
Happy Friday! This week went by fast but slow at the same time. It’s probably because we’re anticipating going away but also have a ton of stuff going on. We did take sometime to enjoy ourselves because after all, isn’t life about living. Here are some of my favs…
1. Weather: finallyyyy, the sun came out and we have 80 degree weather, with blue skies, and birds chirping, and my allergies all kinds of crazy, but I’ll take it. And this random ivy brick wall. 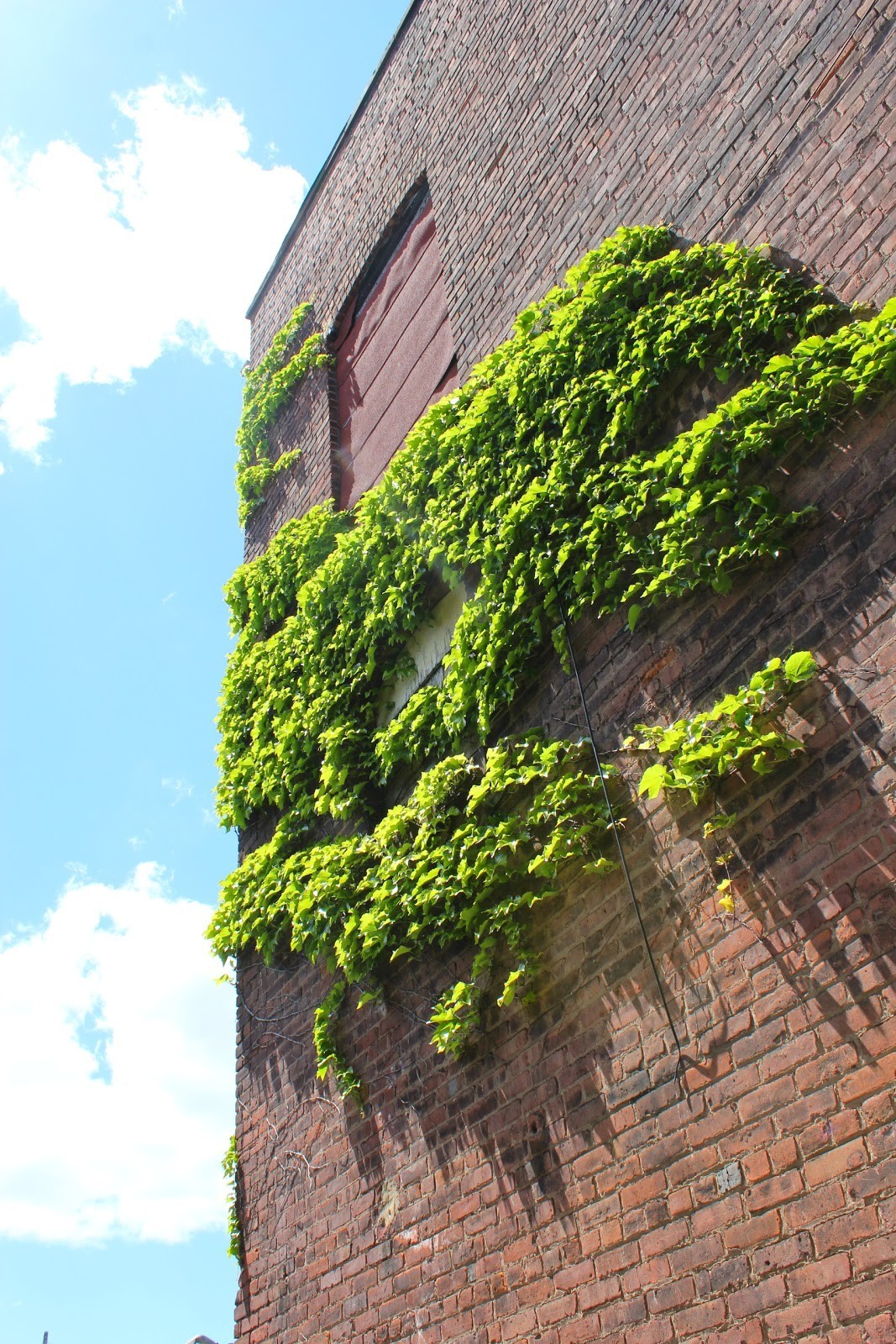 2. All hands on deck: looks like we already have an investment partner 🙂 A has been wanting to help out with everything over at our temporary house. It’s great that he does and we encourage it, but it’s also more work for momma and daddy. Things are slowly coming together and it’s starting to feel like  a home for the time being. 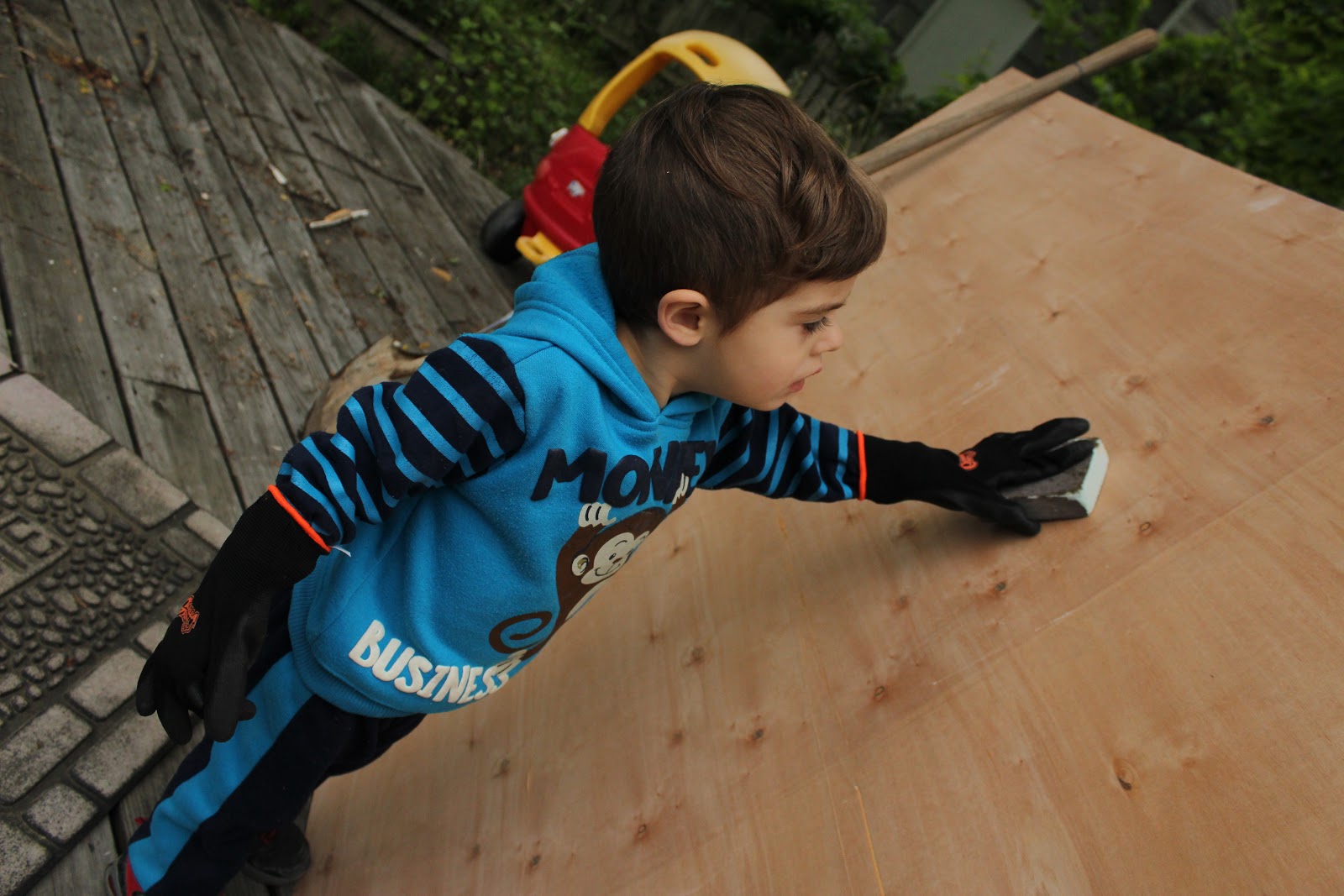 3. Farm fun: if you’ve been stopping by my blog for awhile then you know there is no secret that A is farm and animal obsessed. Of course we had to squeeze in some fun for the nuggets, and if you caught my instagram (@beautifully_candid) you might have see we also enjoyed some ice cream and checkers in the cute little shop they had. A was adamant about pulling I in the wagon, and I seemed to think it was the best thing ever. 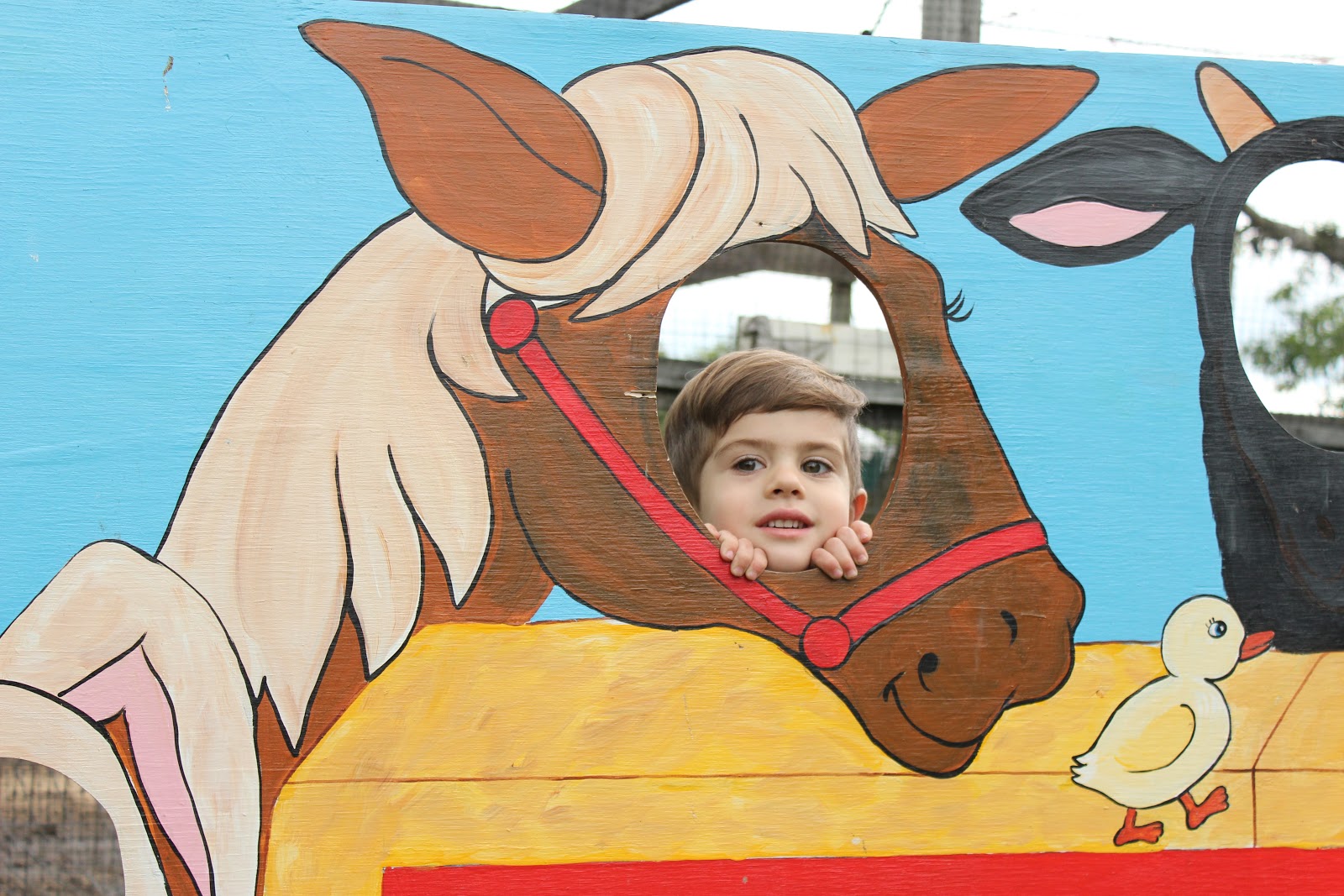 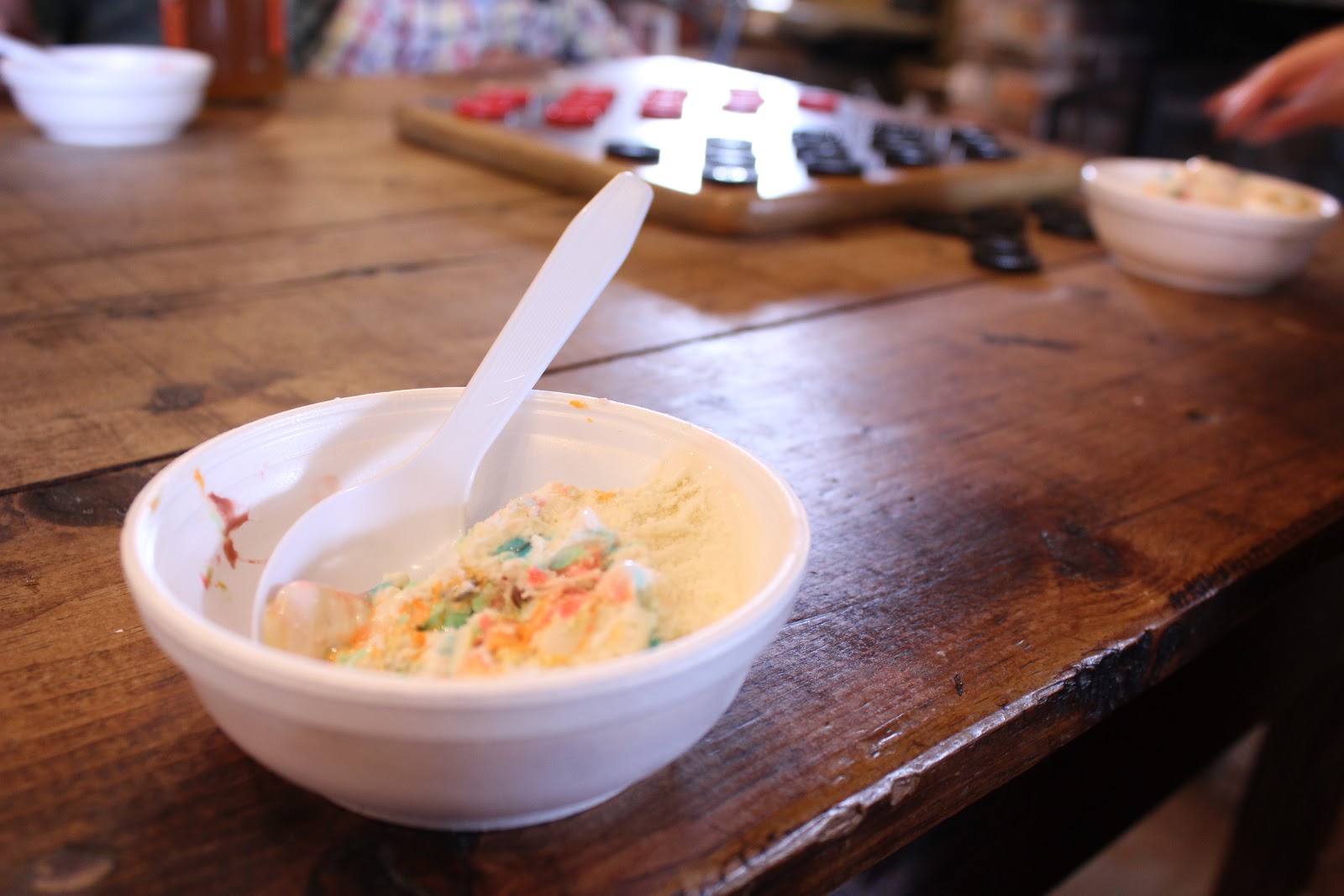 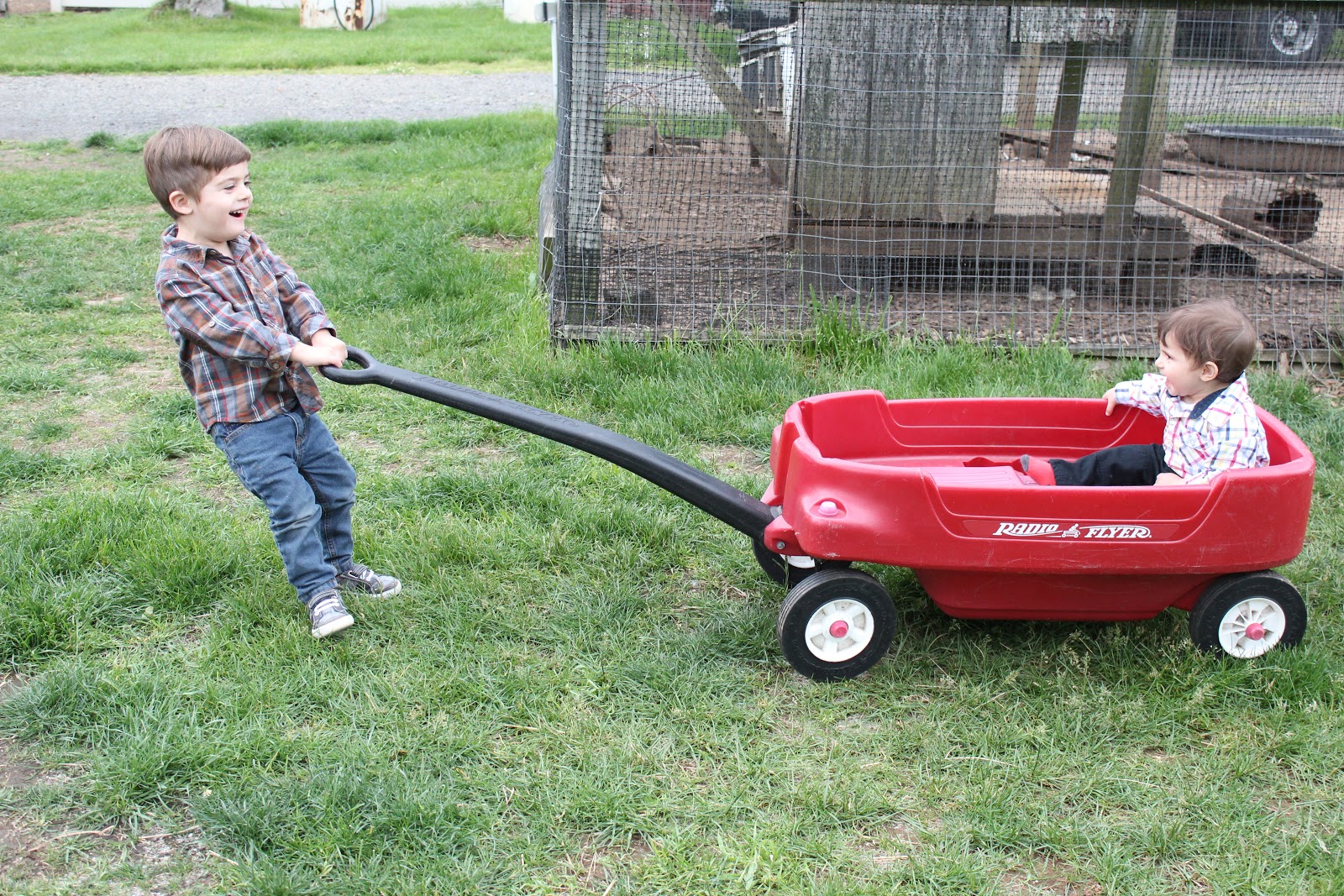 4. Firsts: speaking of ice cream, I had his first taste and boy was he hooked! He also started crawling this weekend. He was up and ready to go for a while but then always flattened out into this superman stance. We were unpacking some things and had this old clock out that was Eric’s grandpop’s. It’s big, and bright, and gold, and somewhat tacky, but it has sentimental meaning and we’ve made it work. Well wouldn’t you know that sure caught his eye and off he went. He crawled right over to it and pretty much hasn’t stopped since. Then, later on that day I hear A screaming for me from the next room only to find out that I got into the dog’s food and decided to try it out. At least it was “natural” dog food, that has to count for something, right? I’m so proud of my little love’s achievements but I also wish I could slow this time down and bottle it up forever. 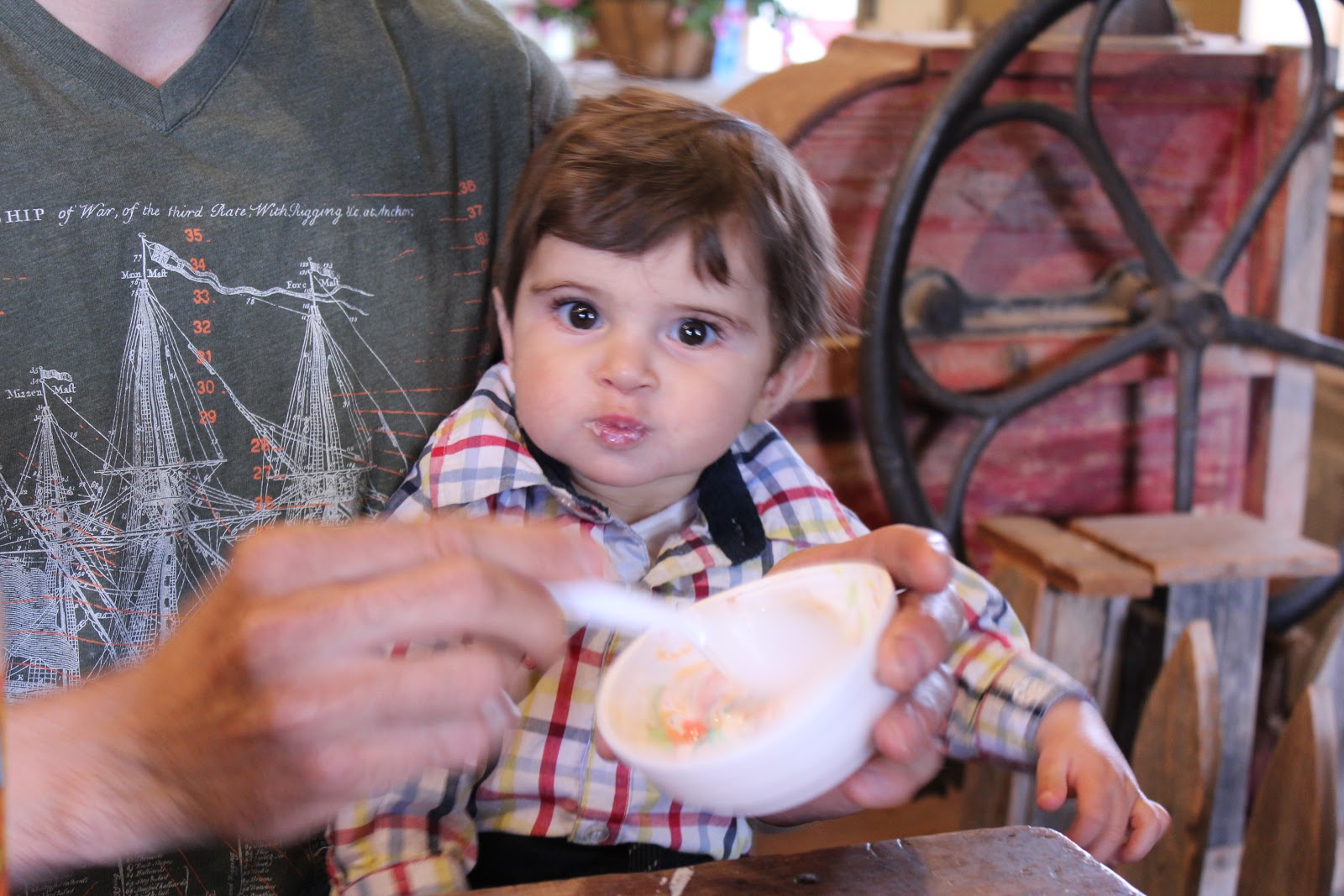 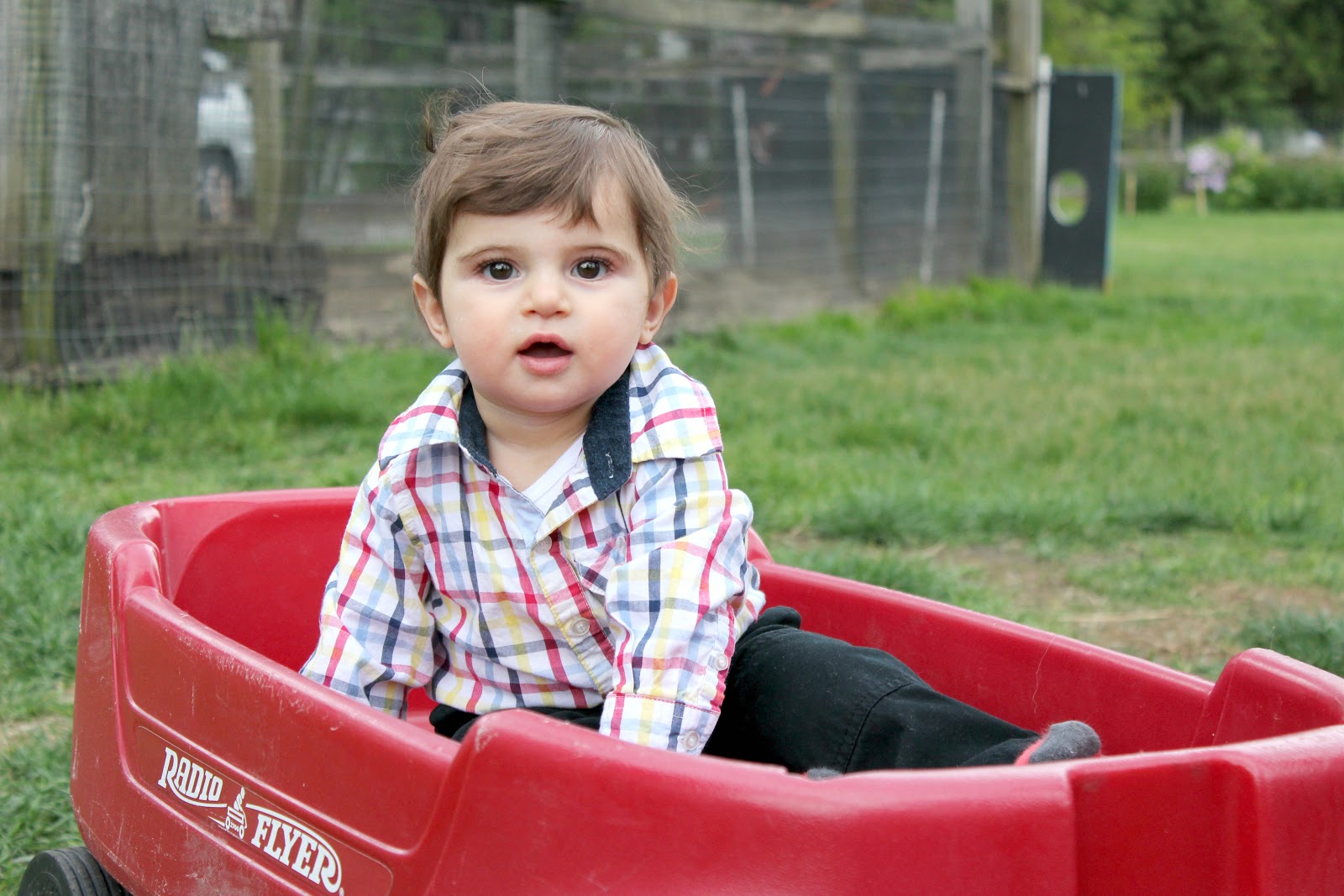 5. Good eats: we tried out a new place (Mother’s Ale House) and we weren’t disappointed. I had the pulled pork and Eric indulged in a po boy. We loved the decor in there and I think it’s safe to say we’ll be back. It’s hard to see from the pic but the fries came in a miniature little fryer basket which was really cute. It’s the little things 🙂 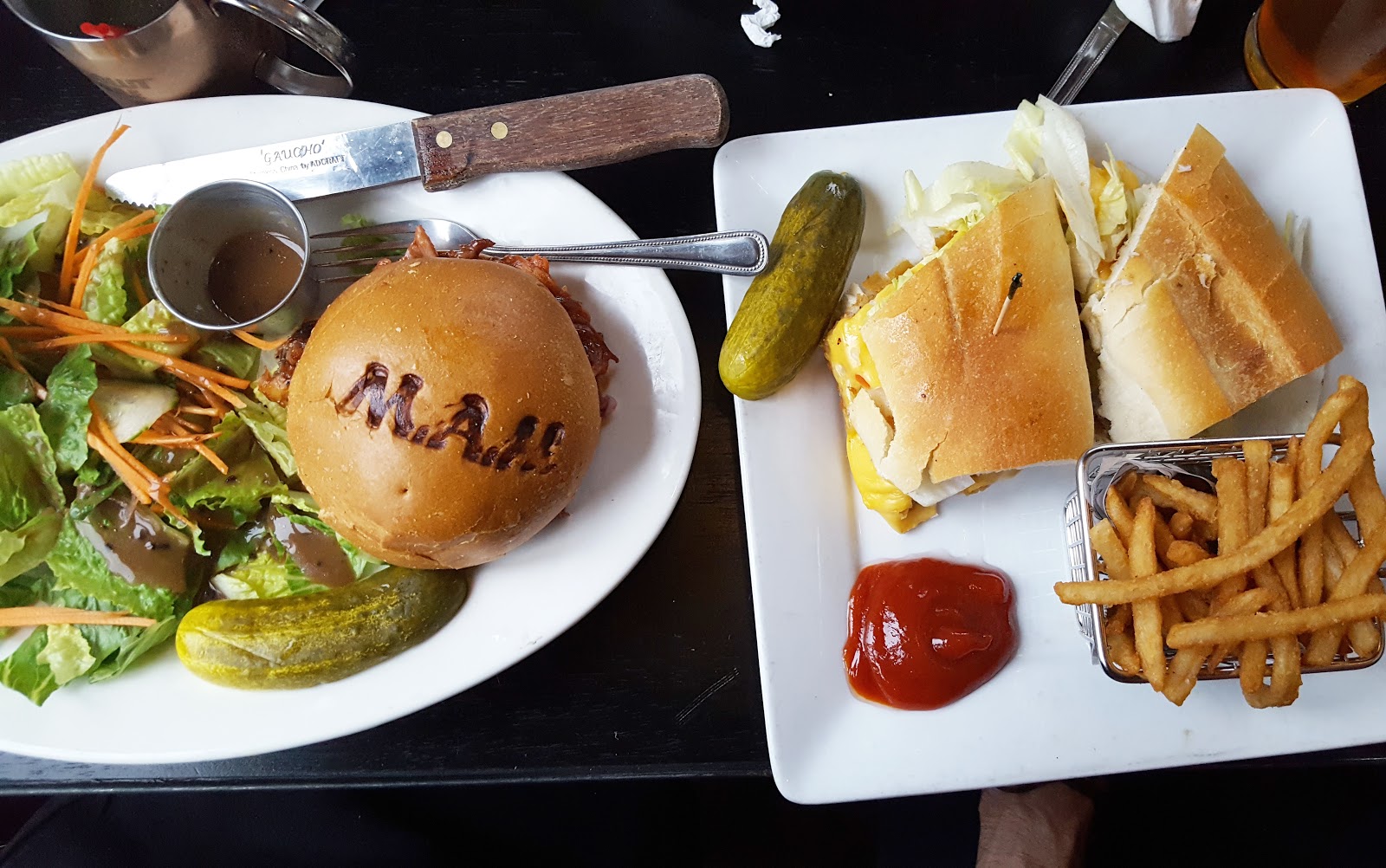 I hope everyone has a great holiday weekend! Happy Memorial Day and thank you to all of those who serve and have served for our country and freedom. We can never repay you or thank you enough <3