END_OF_DOCUMENT_TOKEN_TO_BE_REPLACED
Memorial Day weekend is always one of my favorites because it unofficially kicks off the summer and gets me excited for all the summer fun. I’ll be the first to admit, I get overly excited about long weekends and having a short work week, but there’s something about Memorial Day weekend that gets me thinking.
While many of us are off enjoying bbqs or down the shore, I can’t help but stop and think about those who are hurting from not having a loved one around or families who aren’t able to all be together. Thank you just isn’t enough to express my gratitude to those who have (and still) serve our country, and more importantly who keep my family safe.
The weekend was originally supposed to be a washout but thankfully the forecast was wrong and we had some beautiful sunny days. It did end up raining and was chilly on Monday, but one not so nice day is manageable.
First order of business was waking up and walking down to the beach. The boys have been asking for the beach ever since our Curacao vacation. With shovels and buckets in hand, they were both happy campers. I wore my mixed print swimsuit again (on sale for $16!) and had a few people come up and ask me where I got it from. I have several swimsuits (c/o) Zaful and have been very happy with their quality. I’m wearing a medium and this one does fit true to size, but the bottoms tend to be a bit tighter (at least on me) than the top, so if you are on the fence I would size up.
After snapping a few pics with the water glistening behind me, the nuggets were calling, mom, mom, come bury us in the sand! Pics were over and fun in the sand it was. 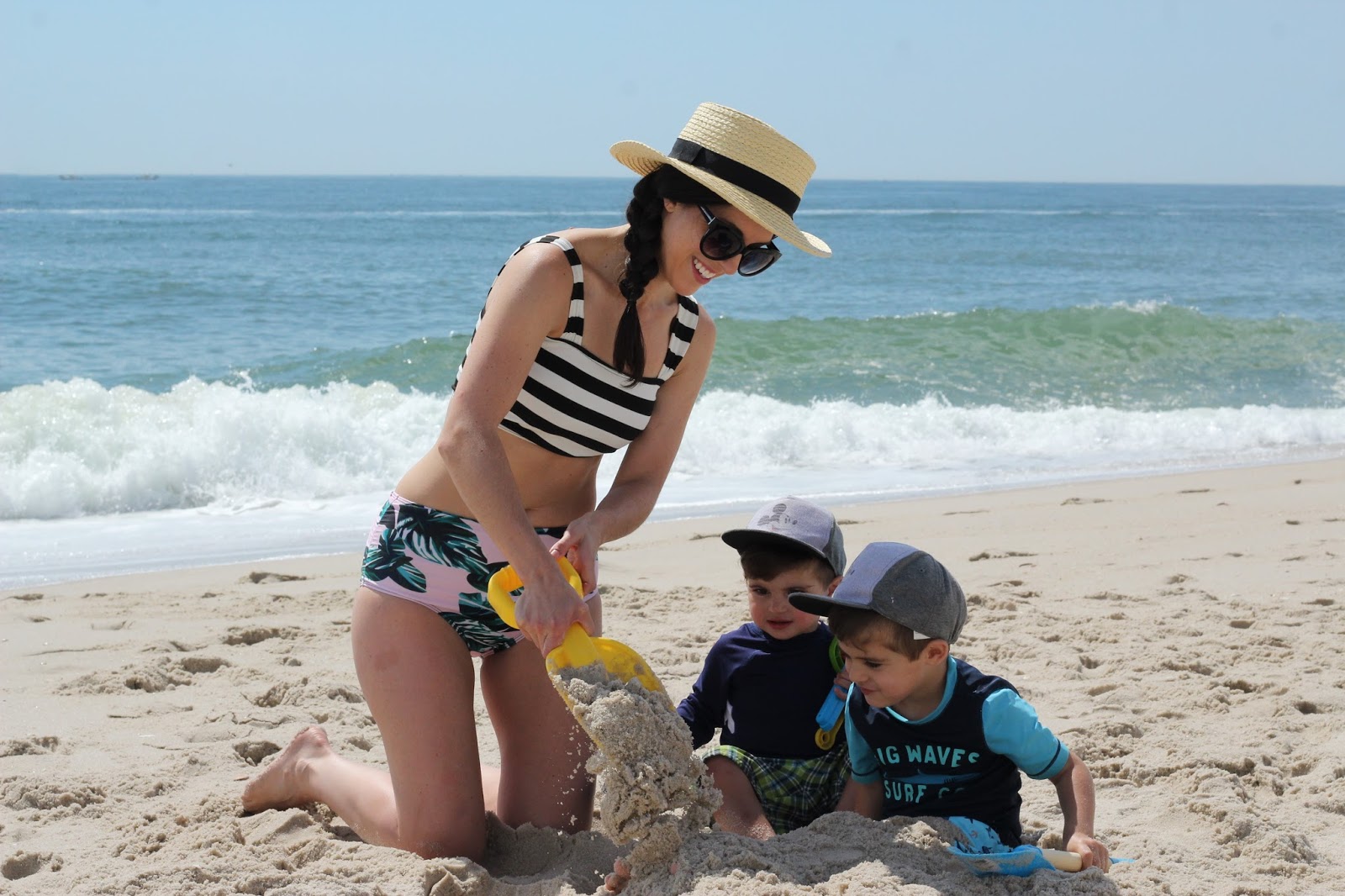 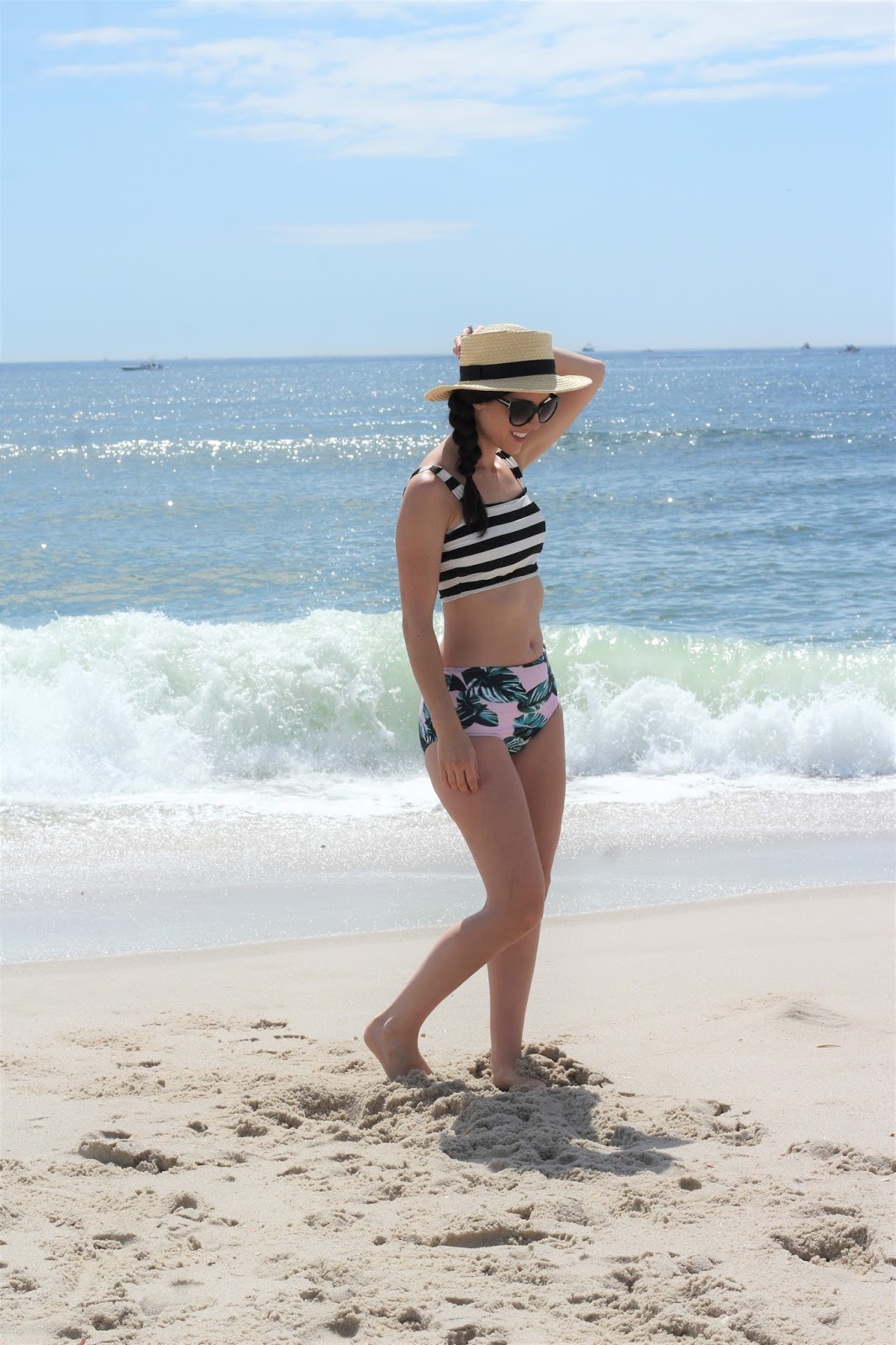 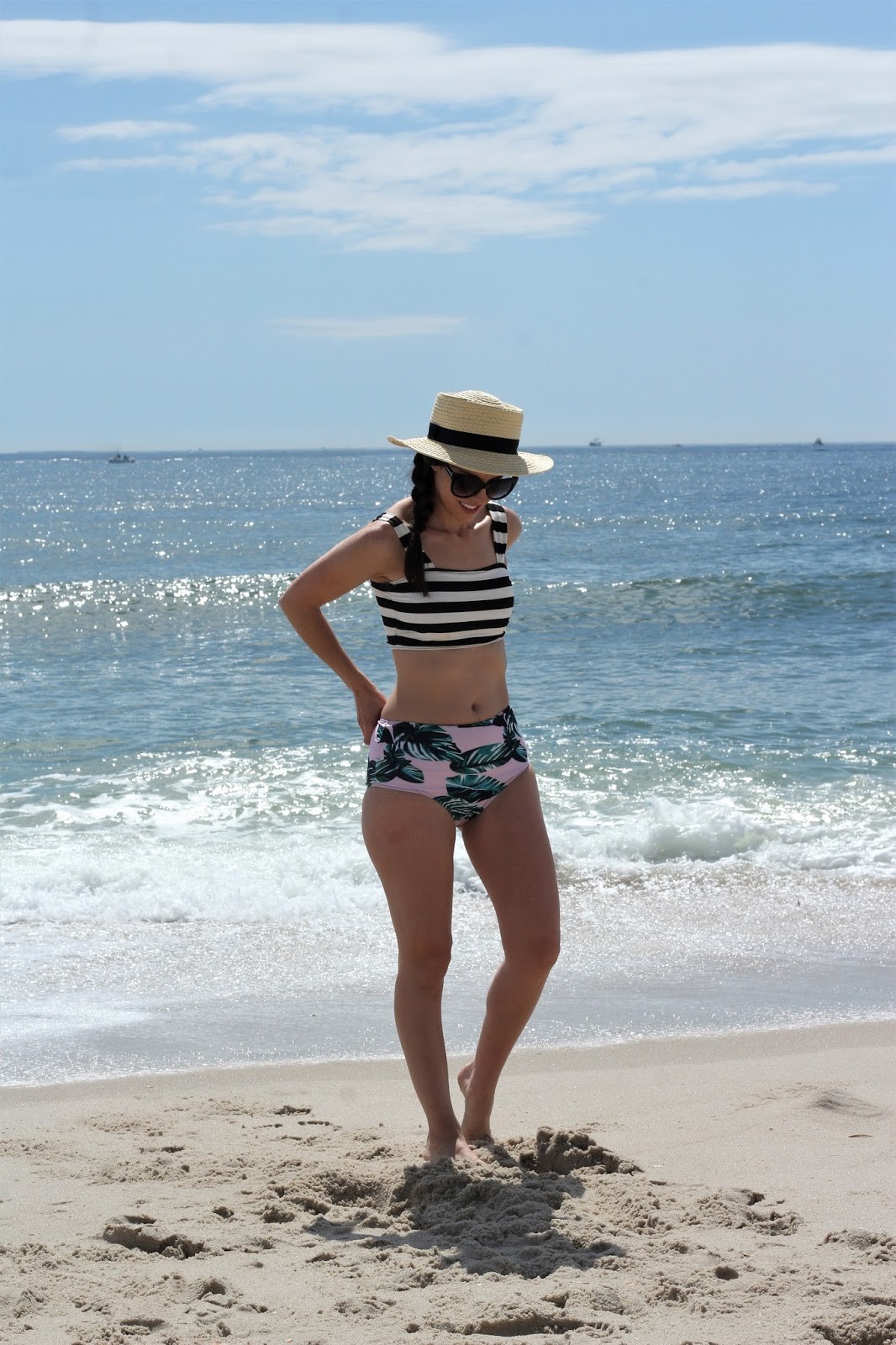 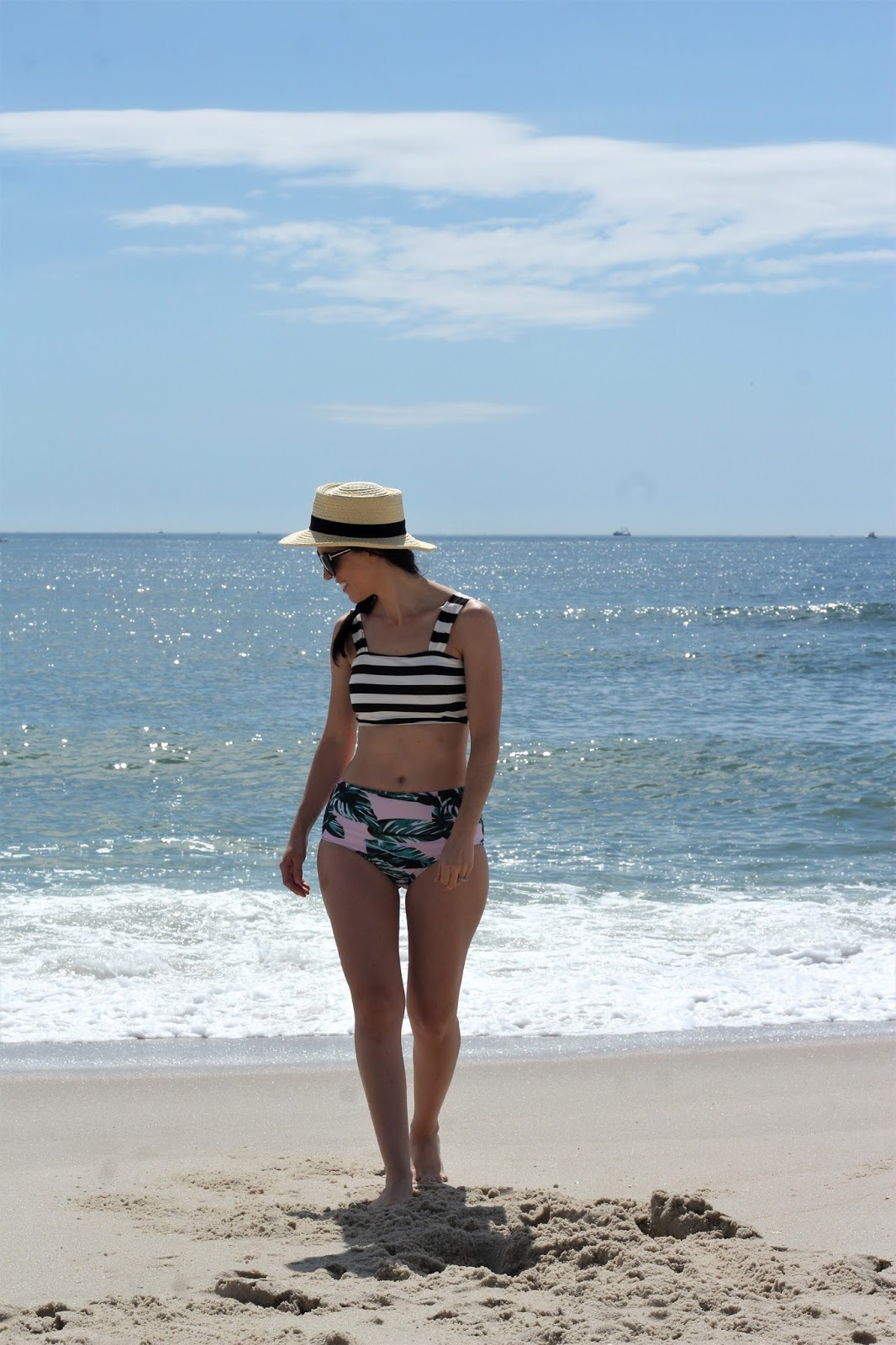 The next day we headed up to the boardwalk pretty early before it was too crowded and it got too hot. The nuggets had the best time and my heart was bursting from all of the smiles and laughter coming from them. We stopped off to play a few games where they both won some prizes. I’ll let you in on a little secret…we only let them play, play until you win games. This avoids those dreaded meltdowns and those machines eating all our money. It’s also a lot more fun to see them light up when that claw picks something up. 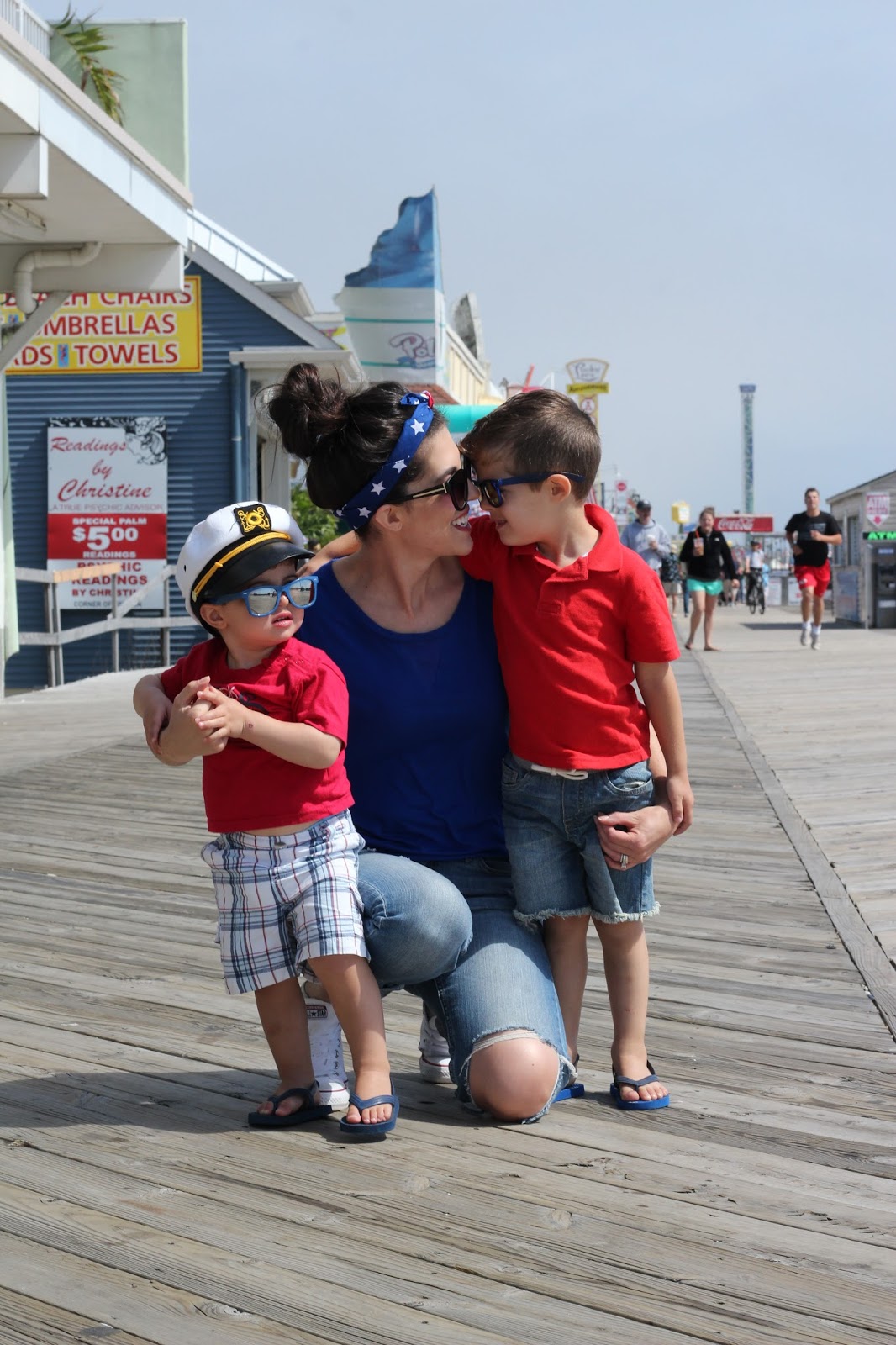 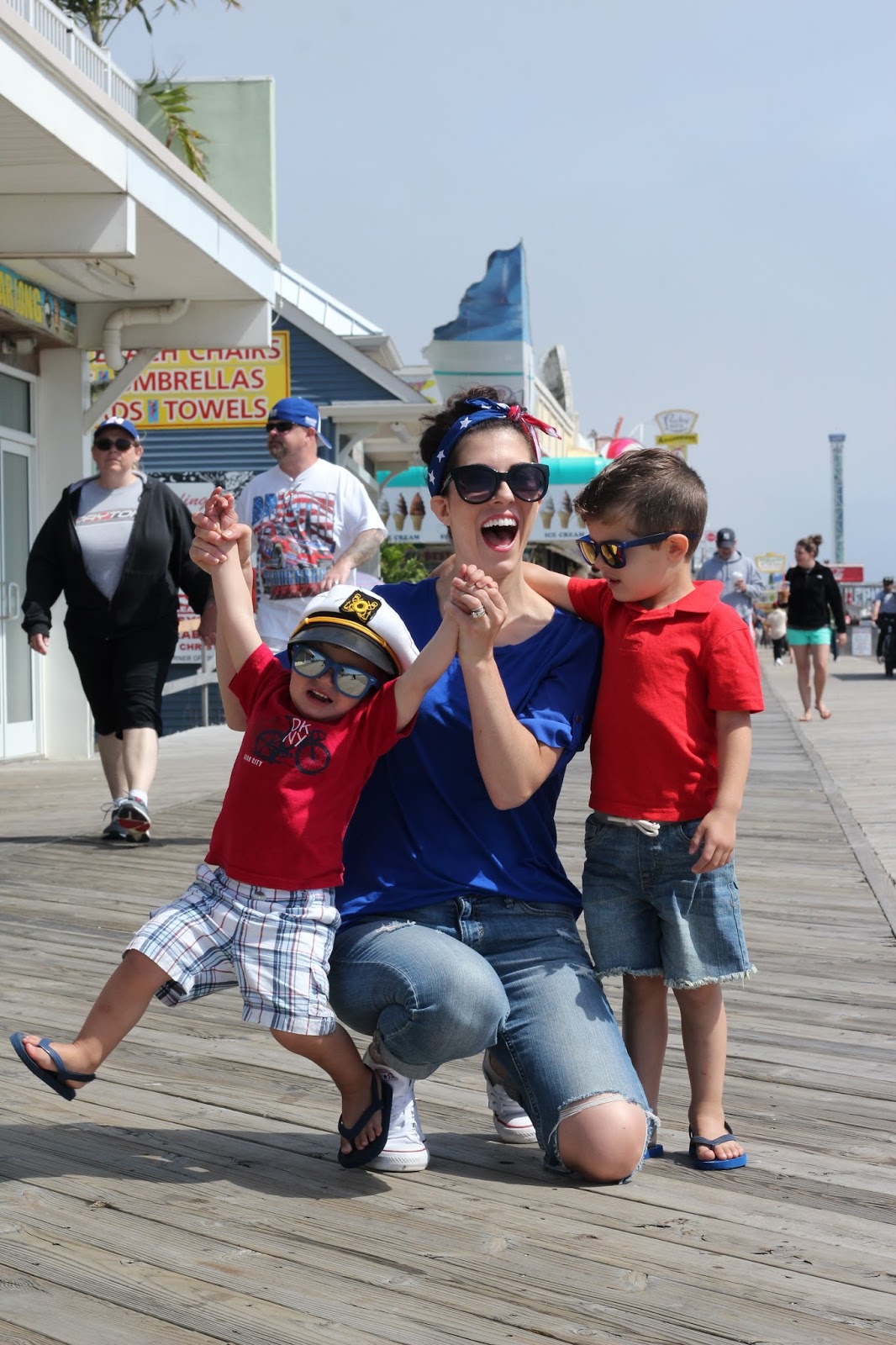 (did someone say games) 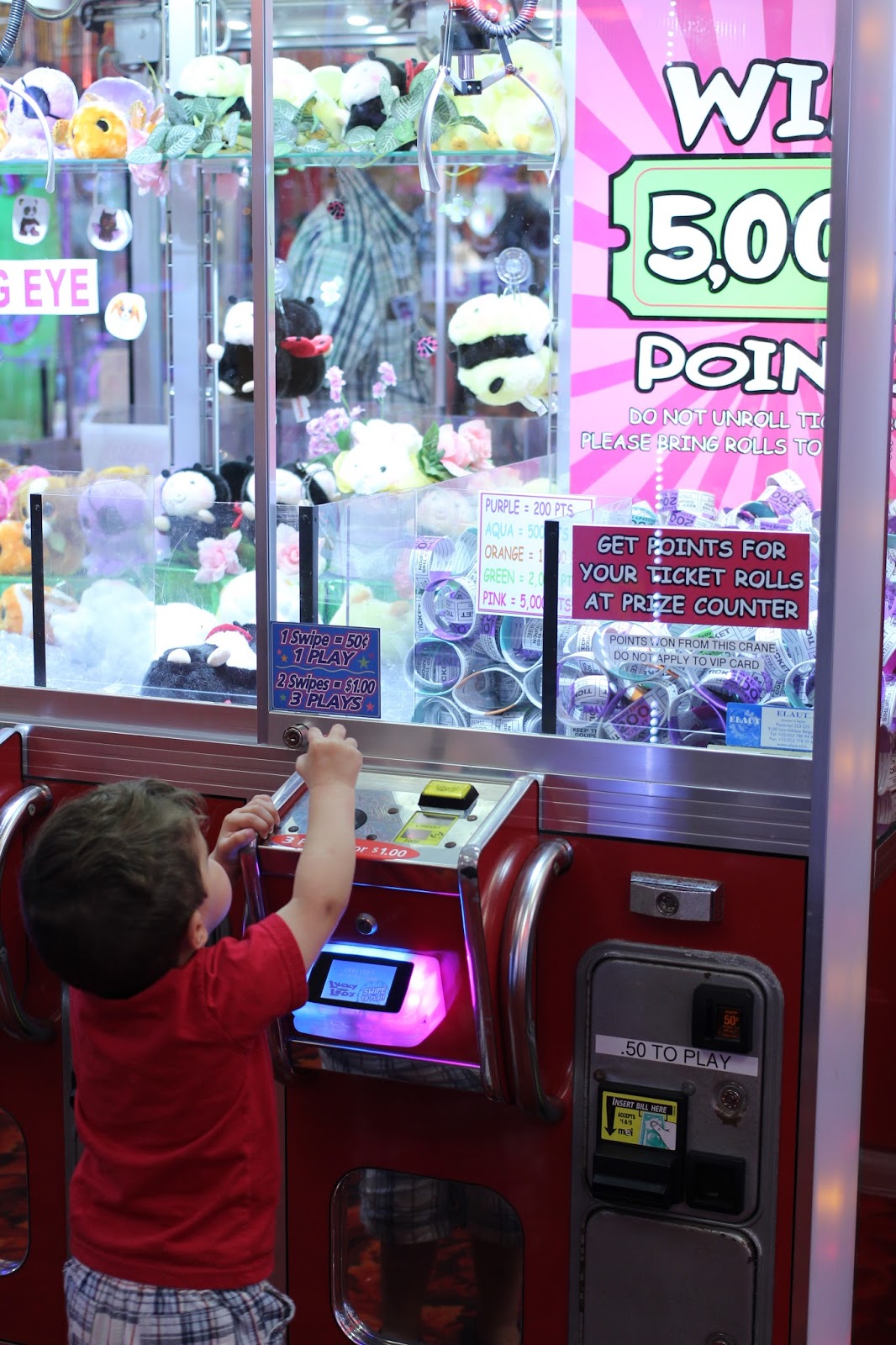 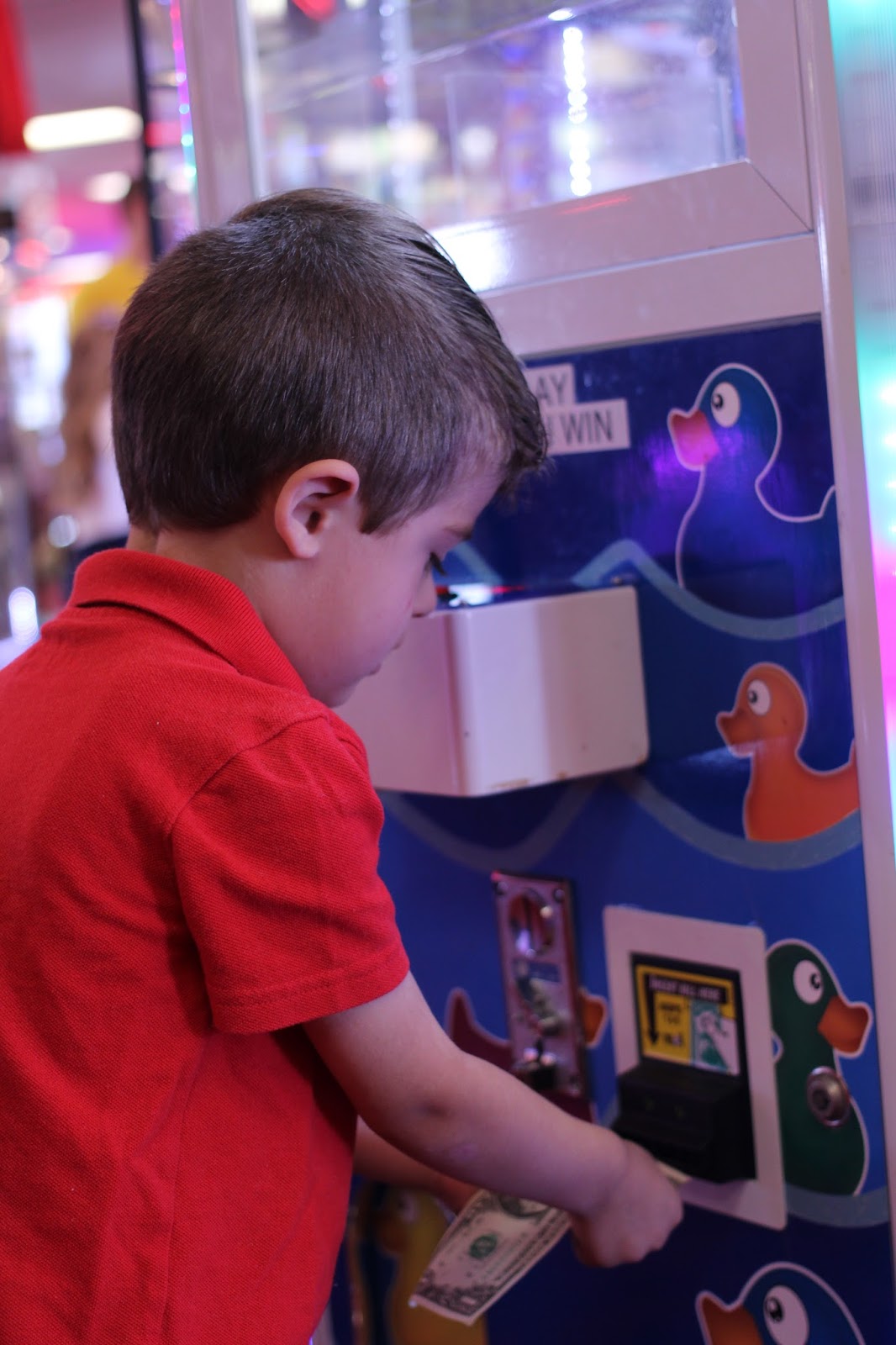 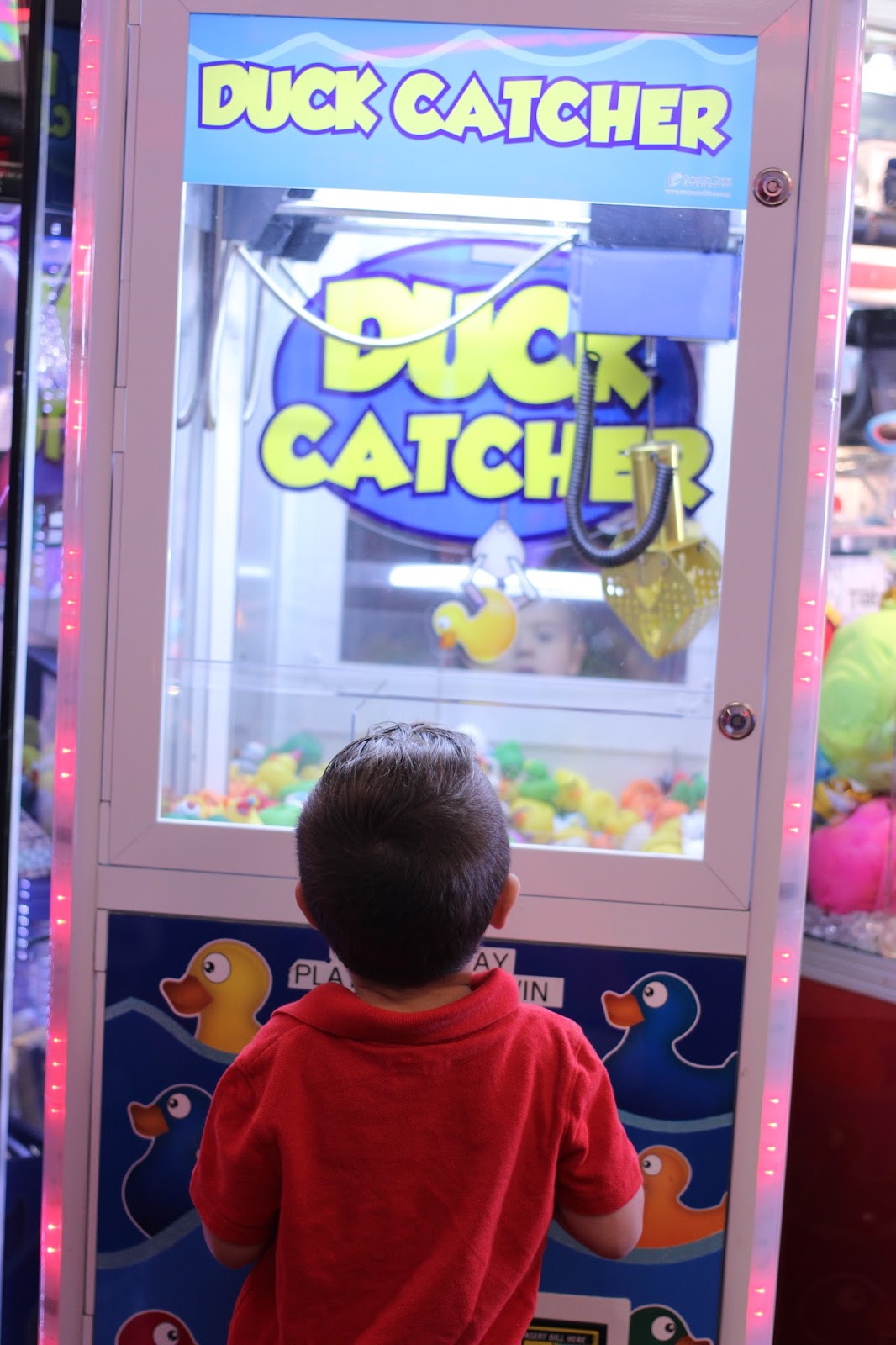 Next we headed over to the rides where we all went on the carousel and had so much fun going around and around. We had so much fun that we had to pry little nugget off his horse because he didn’t want to leave. He was screaming and crying as we carried him off.

We made our way over to the toddler rides and little nugget was not as enthusiastic this time around. At first he was so excited to go on this little car but it whipped around the corners and after that he was not having it. A was laughing and enjoying himself and was being the best big brother by trying to calm him down. Instead of letting little nugget continue to be scared and not go on any other rides, we let him watch A on a few other ones and kept asking him if he wanted to go back on. Once he saw the fire truck and the boats had a bell he could ring, he was back to riding rides and laughing and having fun. 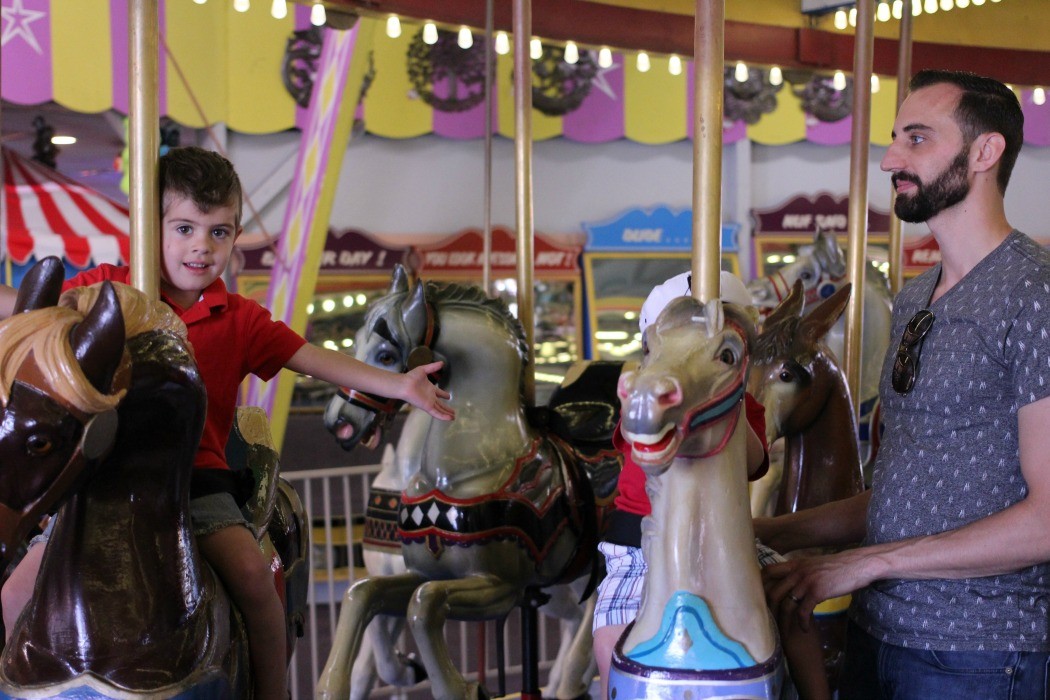 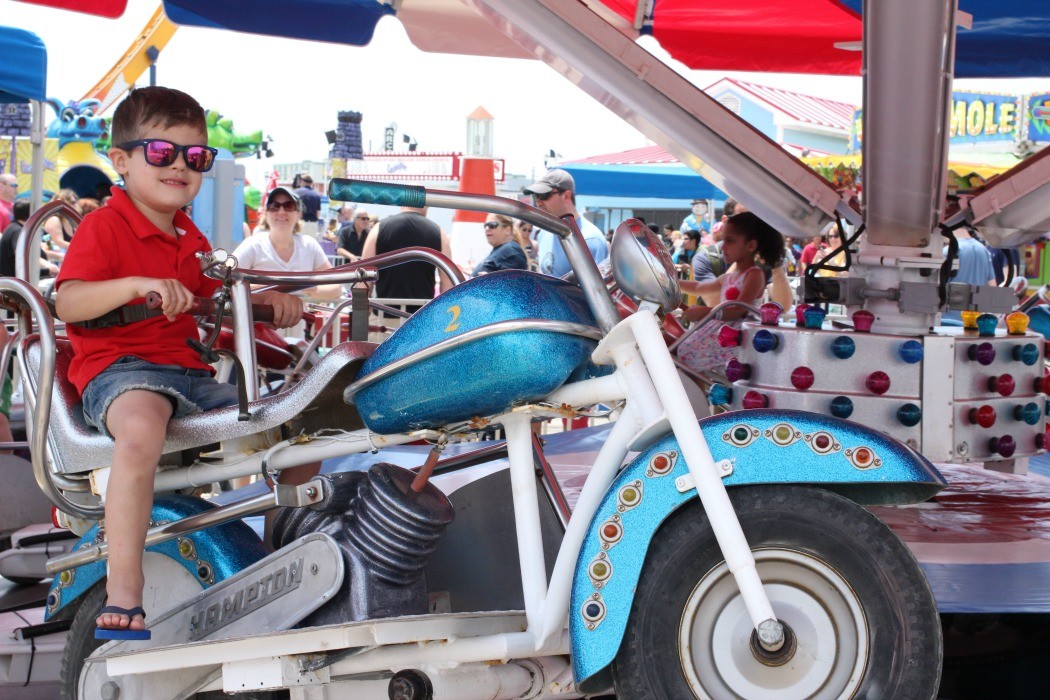 After the boardwalk we made our way back to the beach for some more fun in the sun. This time around the boys were all about digging for sand crabs. They are such weird looking little creatures. 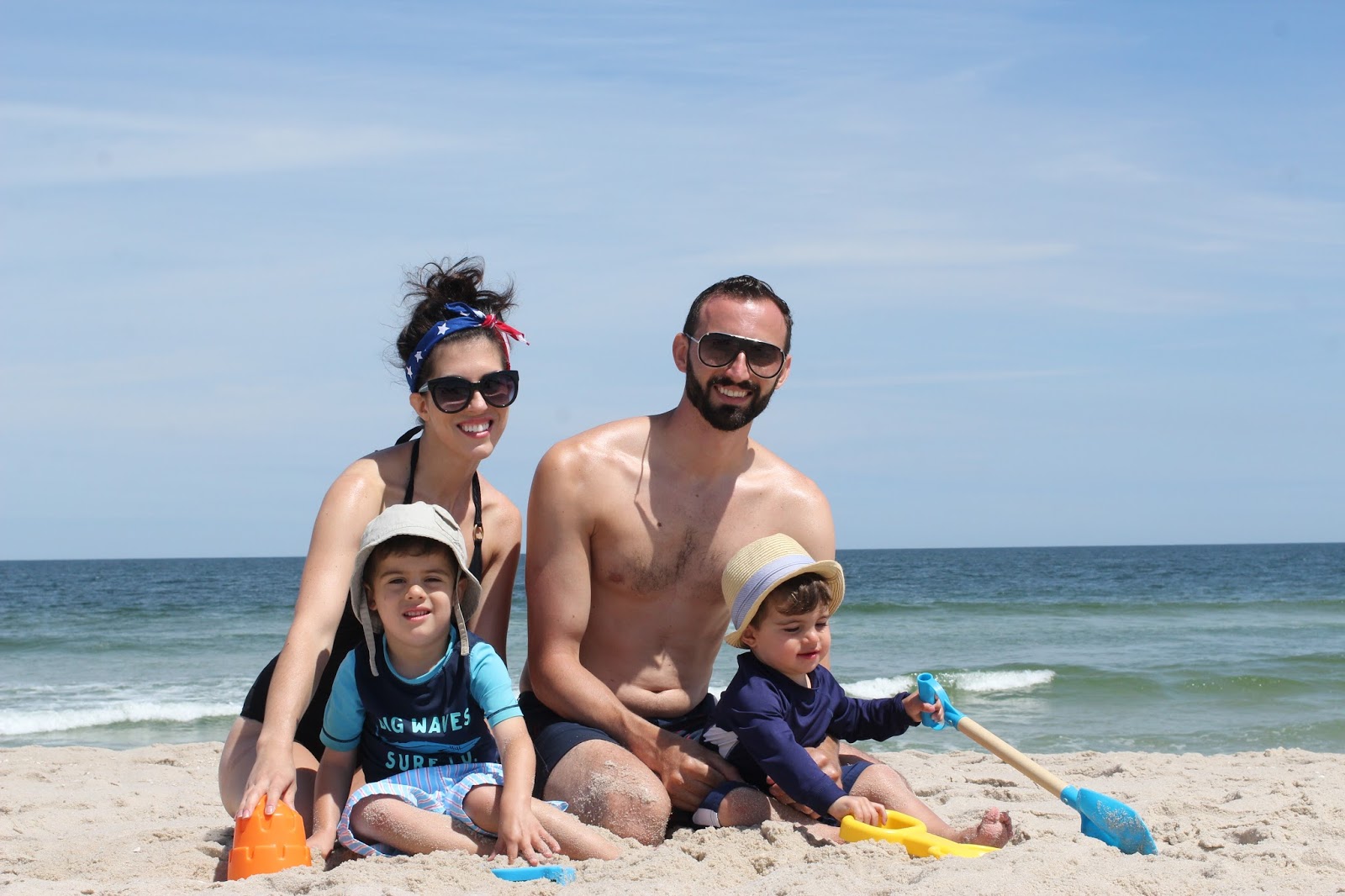 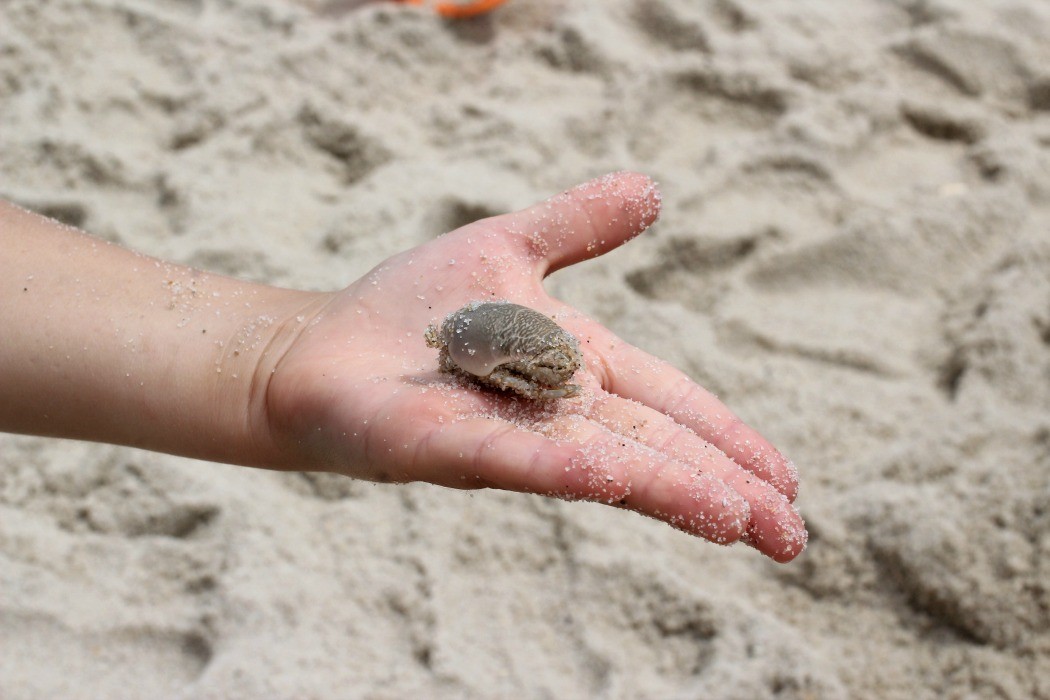 A has been asking for over two weeks to go fishing and we promised him we would go when we were at the shore. Barnaget Bay is a great spot to go fishing and crabbing and only a block from the house. He was so excited and so happy to get his pole and line ready and try his luck at fishing. He didn’t have any biters but now he’s looking forward to even more adventures of fishing over the summer. We also went crabbing but it’s not really crab season yet (which we knew) but we caught a few small ones anyway to get the boys excited and then released them back after. We told the boys not to worry and that we would back to catch them in a few weeks once they got bigger. 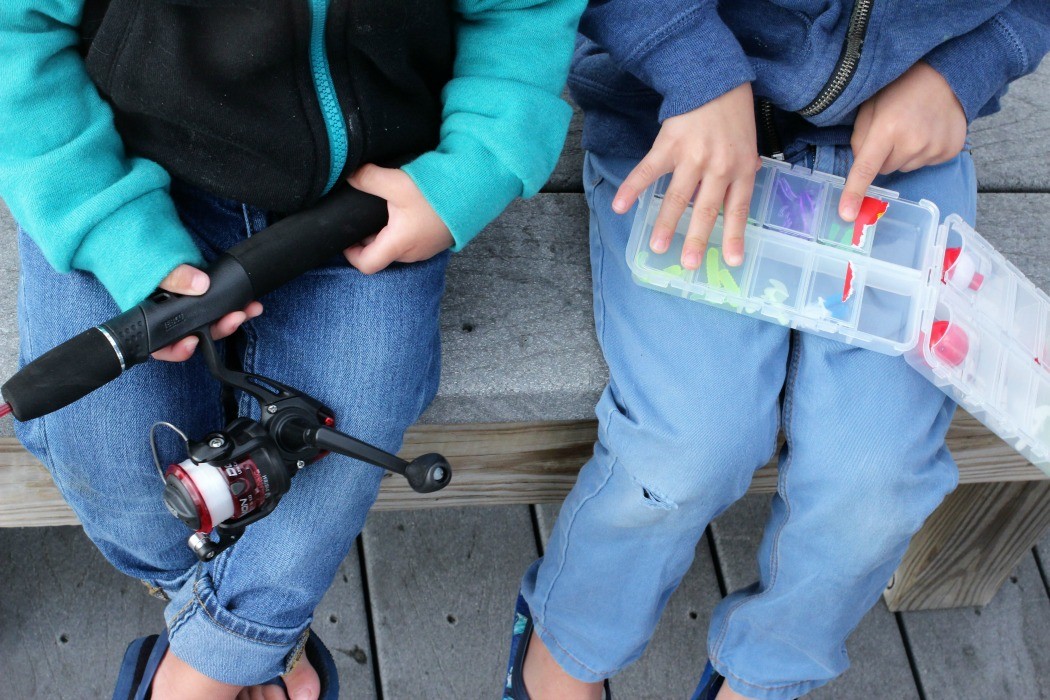 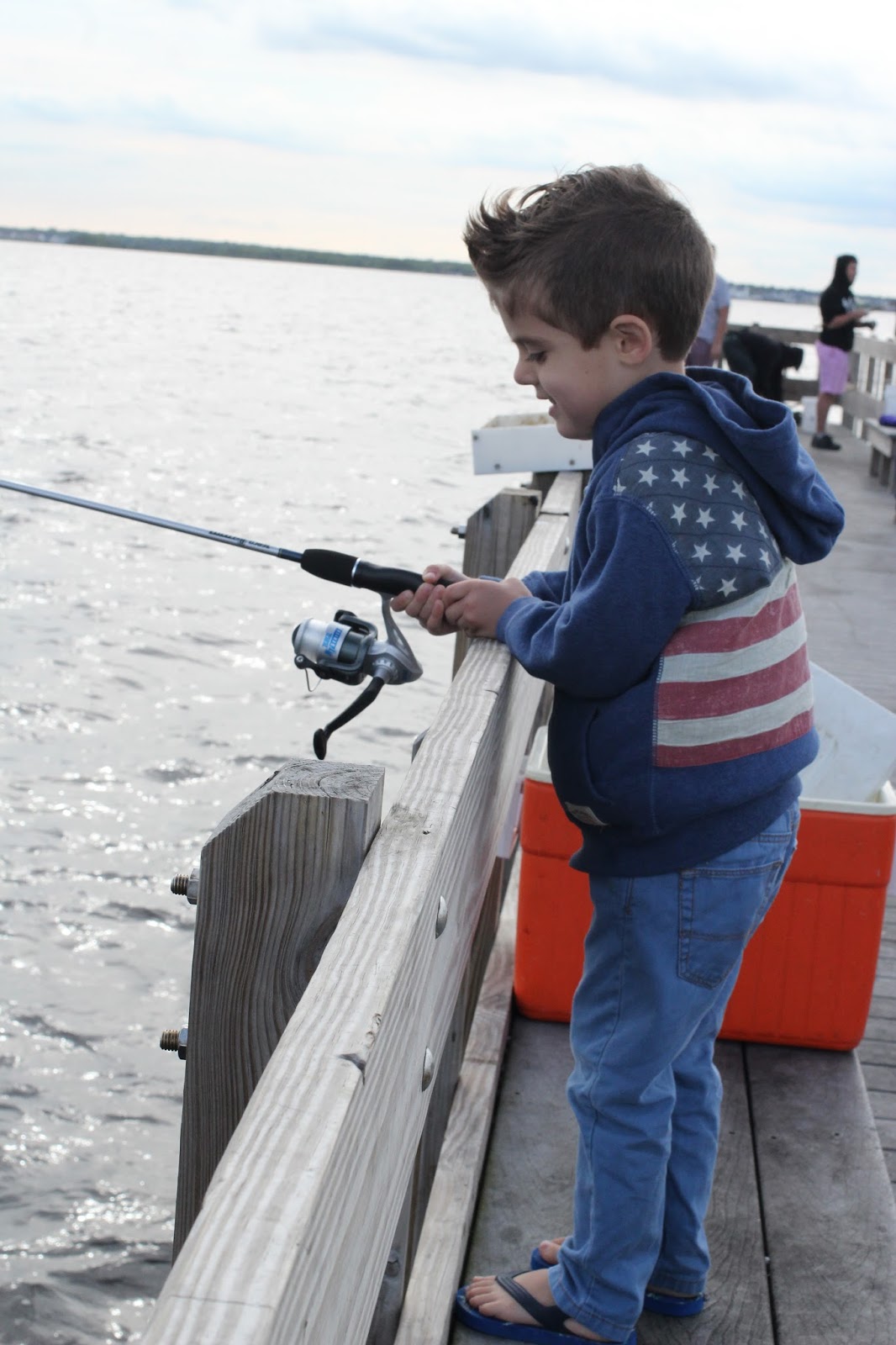 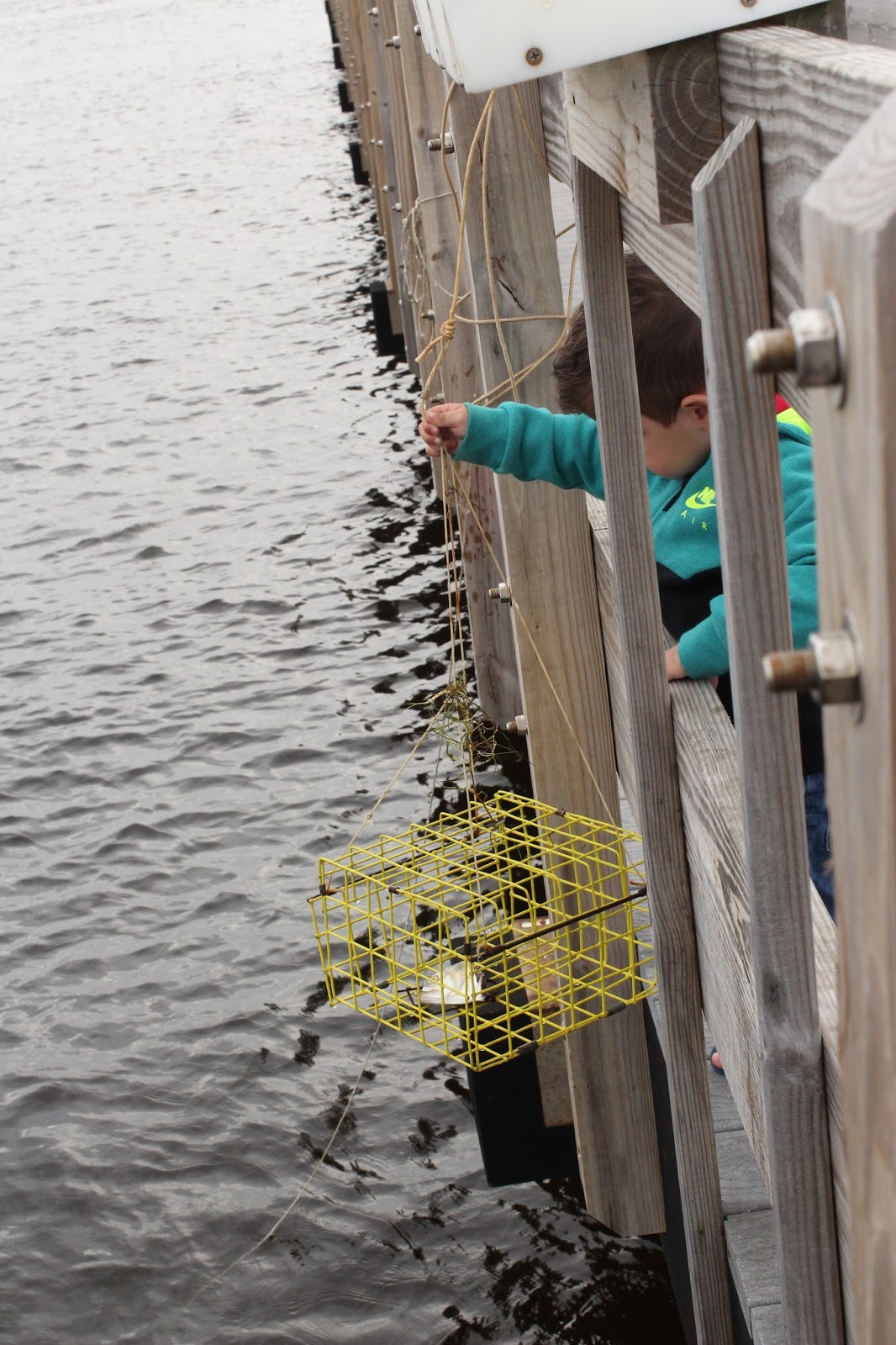 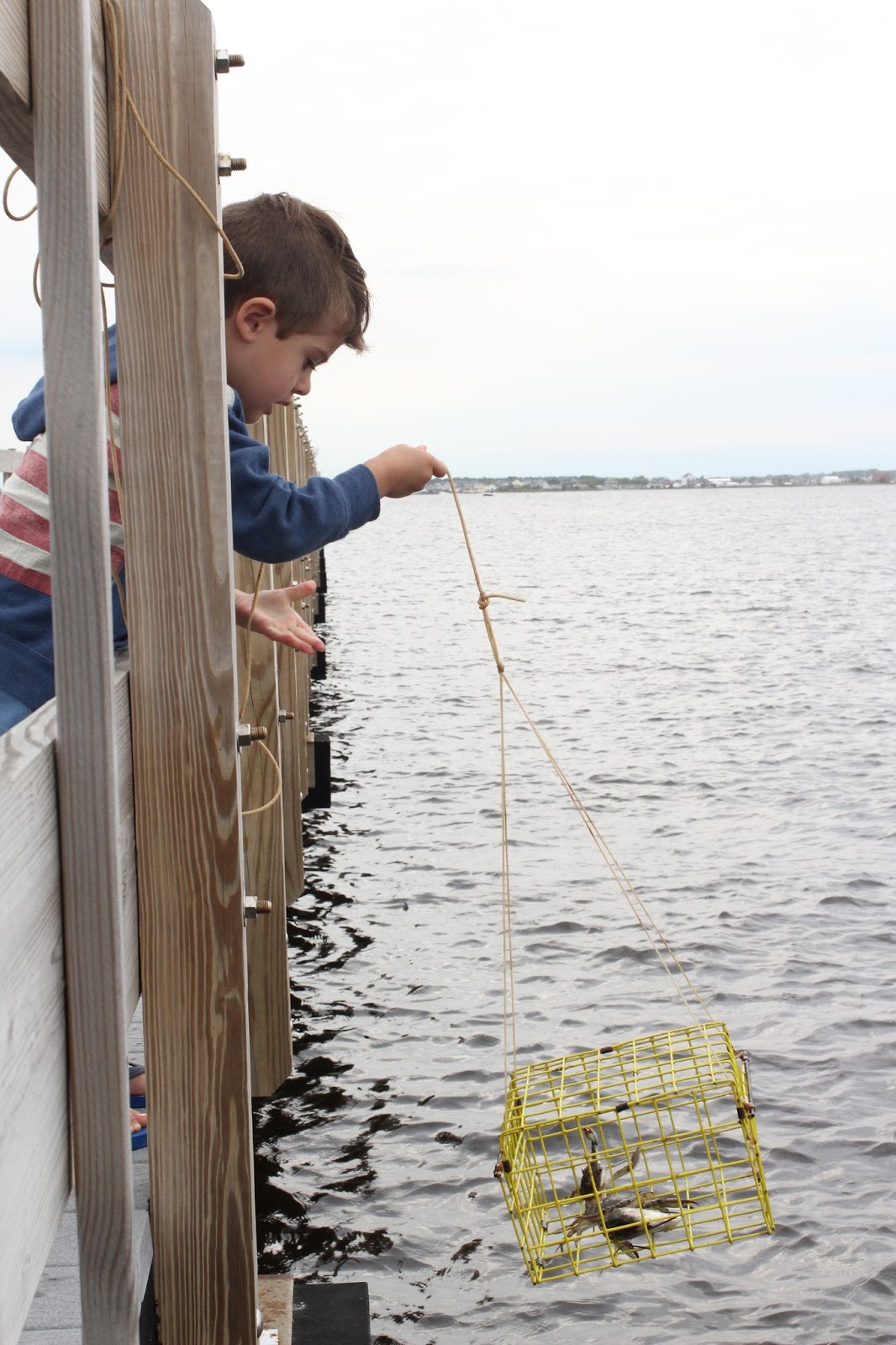 The bay also has some of the most beautiful sunsets I have ever seen. I was so happy I took Coaty for a walk to catch a glimpse. Eric being the amazing dad that he is, stayed behind and got the boys ready for bed. The sky seriously changed colors every few minutes and at one point it looked like cotton candy. It was such a special moment snapping some pics and sitting on the dock enjoying the view with my fur baby. Coaty was being amazing and just sat next to me the whole time. The nicest stranger said it was too cute not to take a pic and offered to take one of me and him. 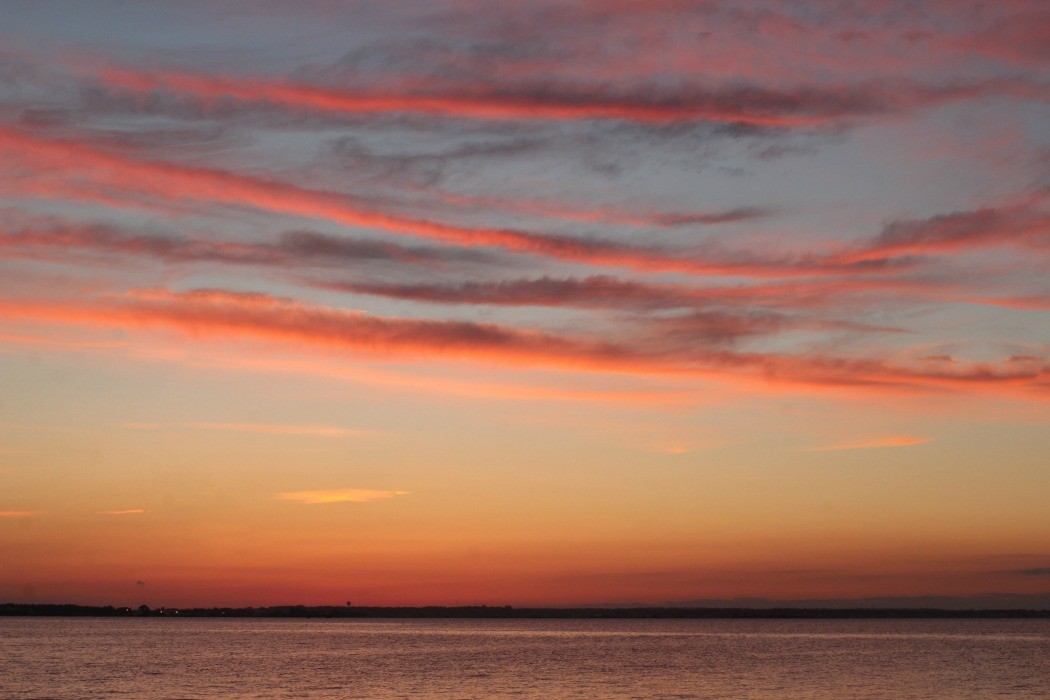 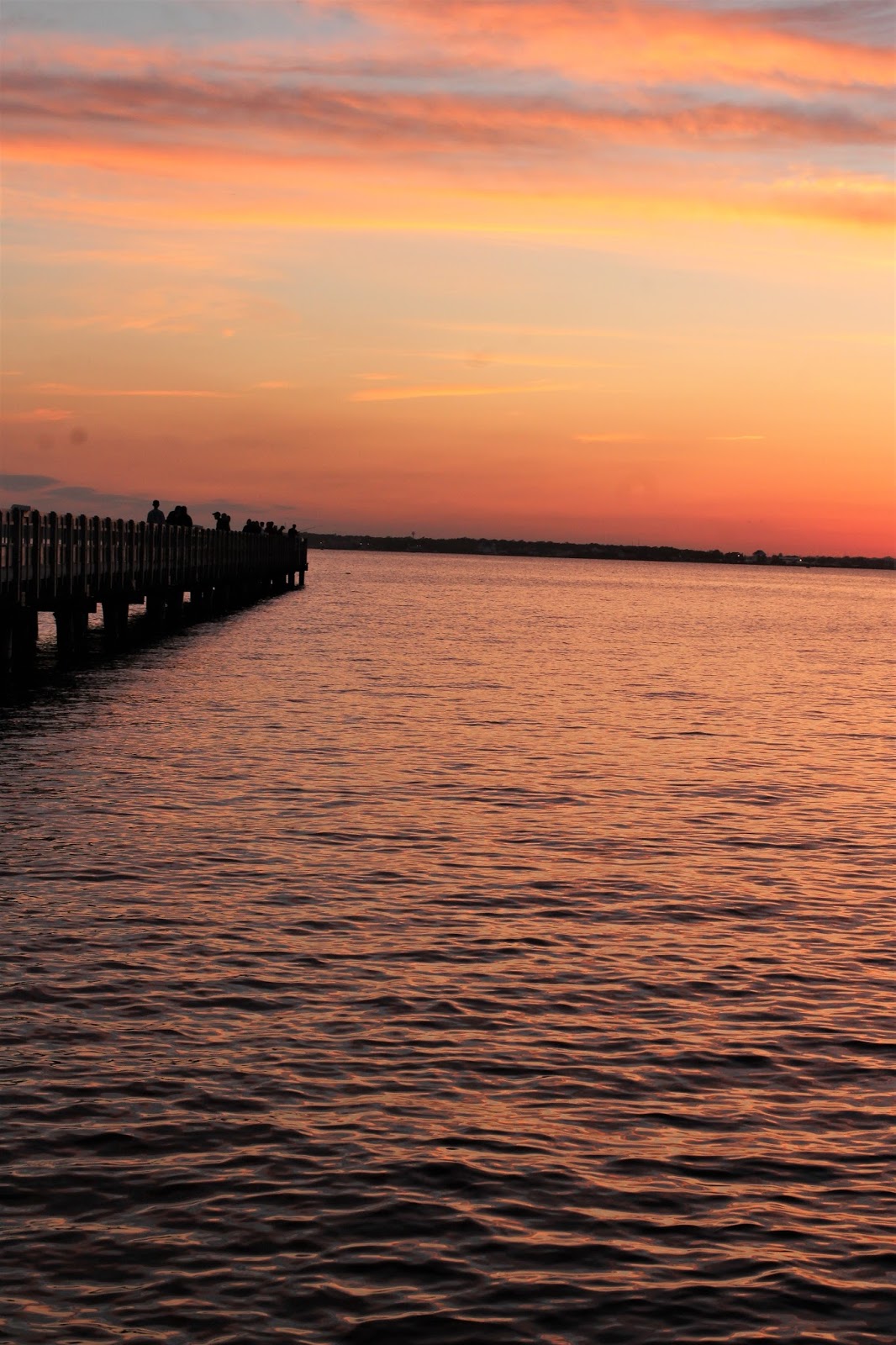 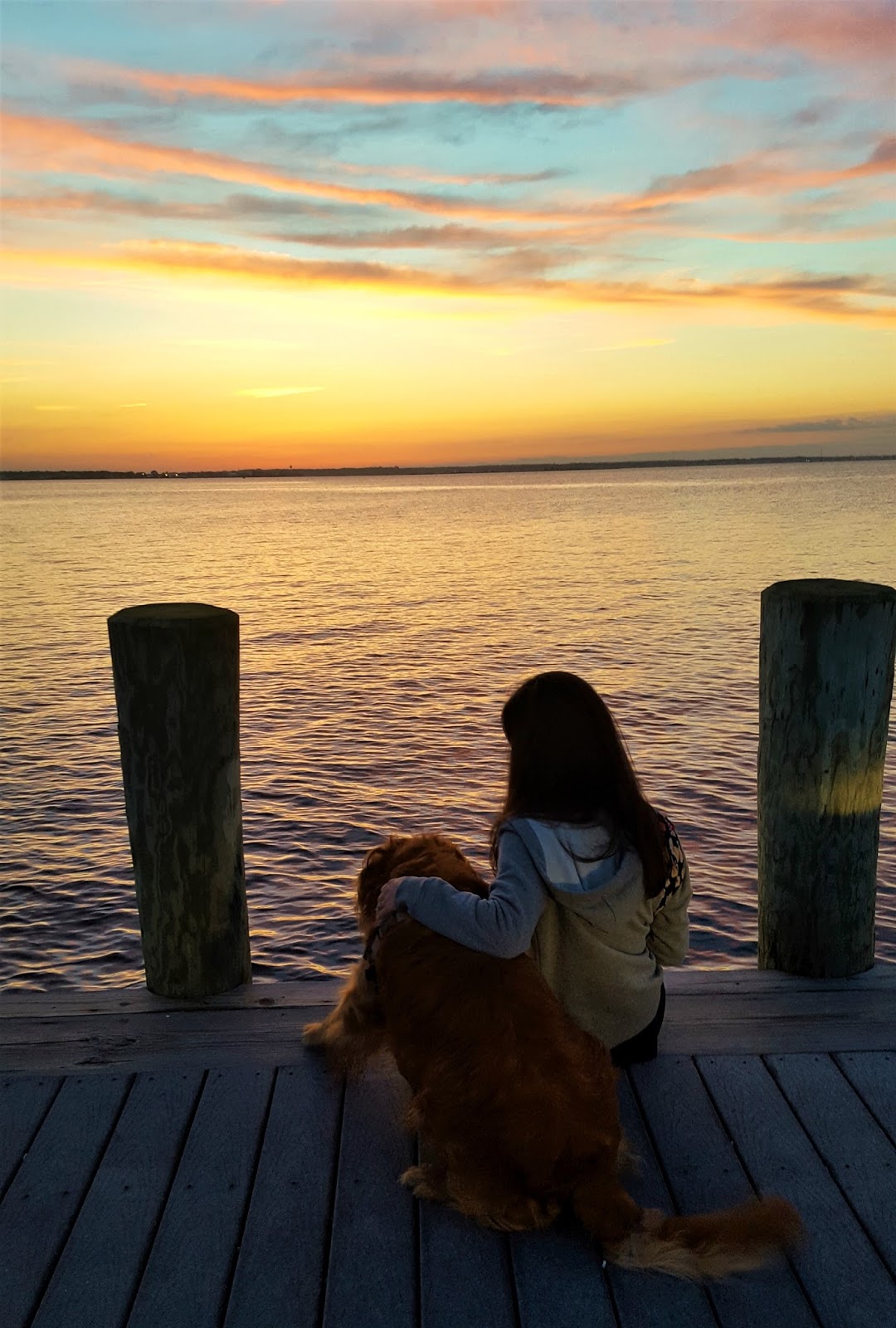 Long weekends are always the hardest to say goodbye to but I can’t wait for many more weekends like this and more adventures to come.