END_OF_DOCUMENT_TOKEN_TO_BE_REPLACED
Happy Friday, friends! I hope everyone had a great week. This one seemed to fly right on by for us. December in general is a busy month for us but it’s all festive fun things so it doesn’t really feel as busy, if that makes any sense.
Here’s a look at some of my favorites from this week…
1. Polar Express: this is the second year we decided to do some sort of train event with the nuggets and each times it has been a lot of fun. Instead of exchanging gifts with some of our good friends and their kids (because I’m already having anxiety about the amount of toys that are going to take over my house), we decided having an adventure together and making memories would be more fun. This year we did the Polar Express and all of us had a really good time. It was very well put together, they served sugar cookies and hot chocolate, even though A spilled his on me twice, and all of the workers were really into character. My only disappointment was that Santa didn’t spend more time with the kids. I know they need to keep it moving but he pretty much just handed out bells and the kids gave him a high five. Overall it was really cute and a fun experience with everyone. 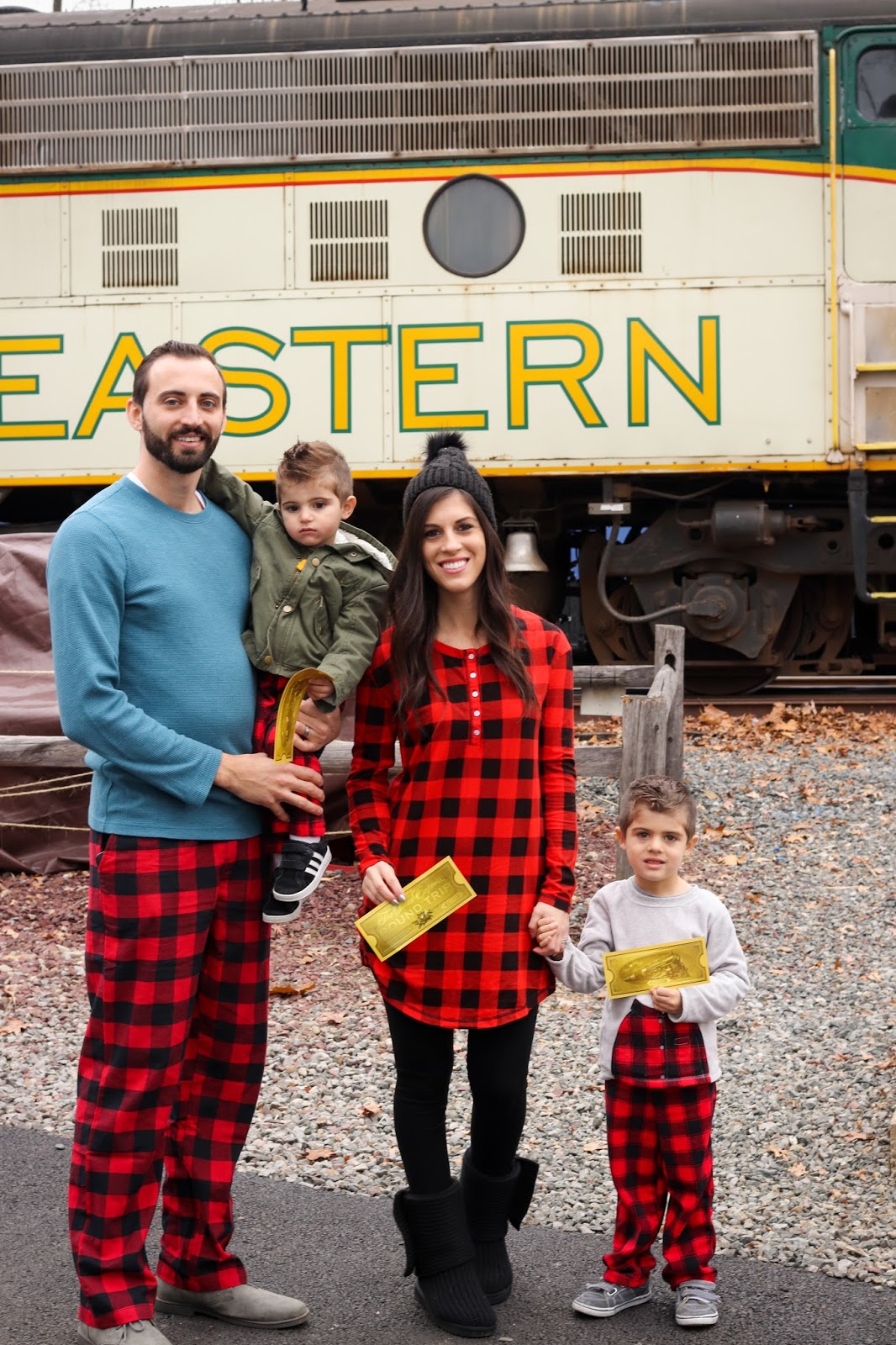 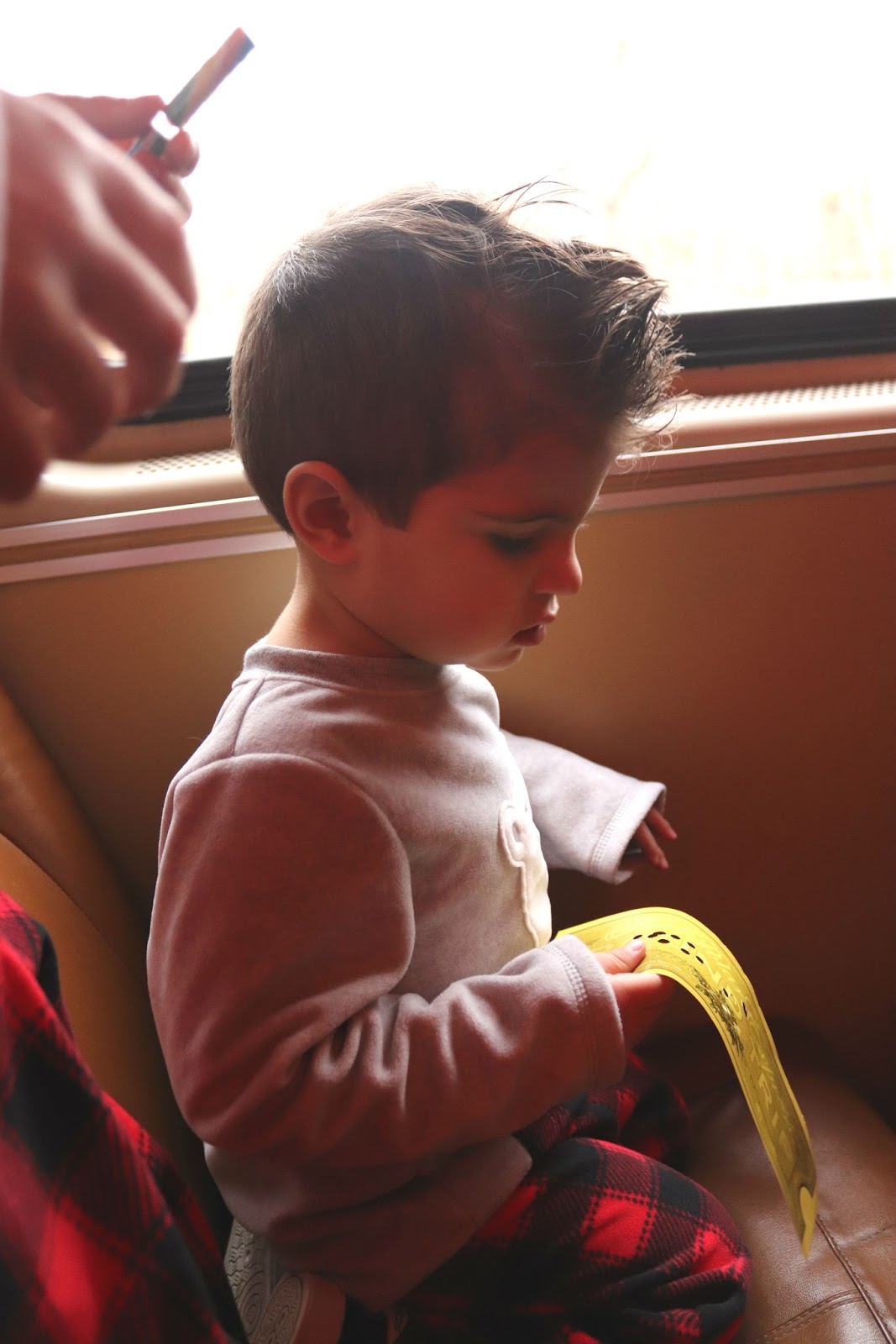 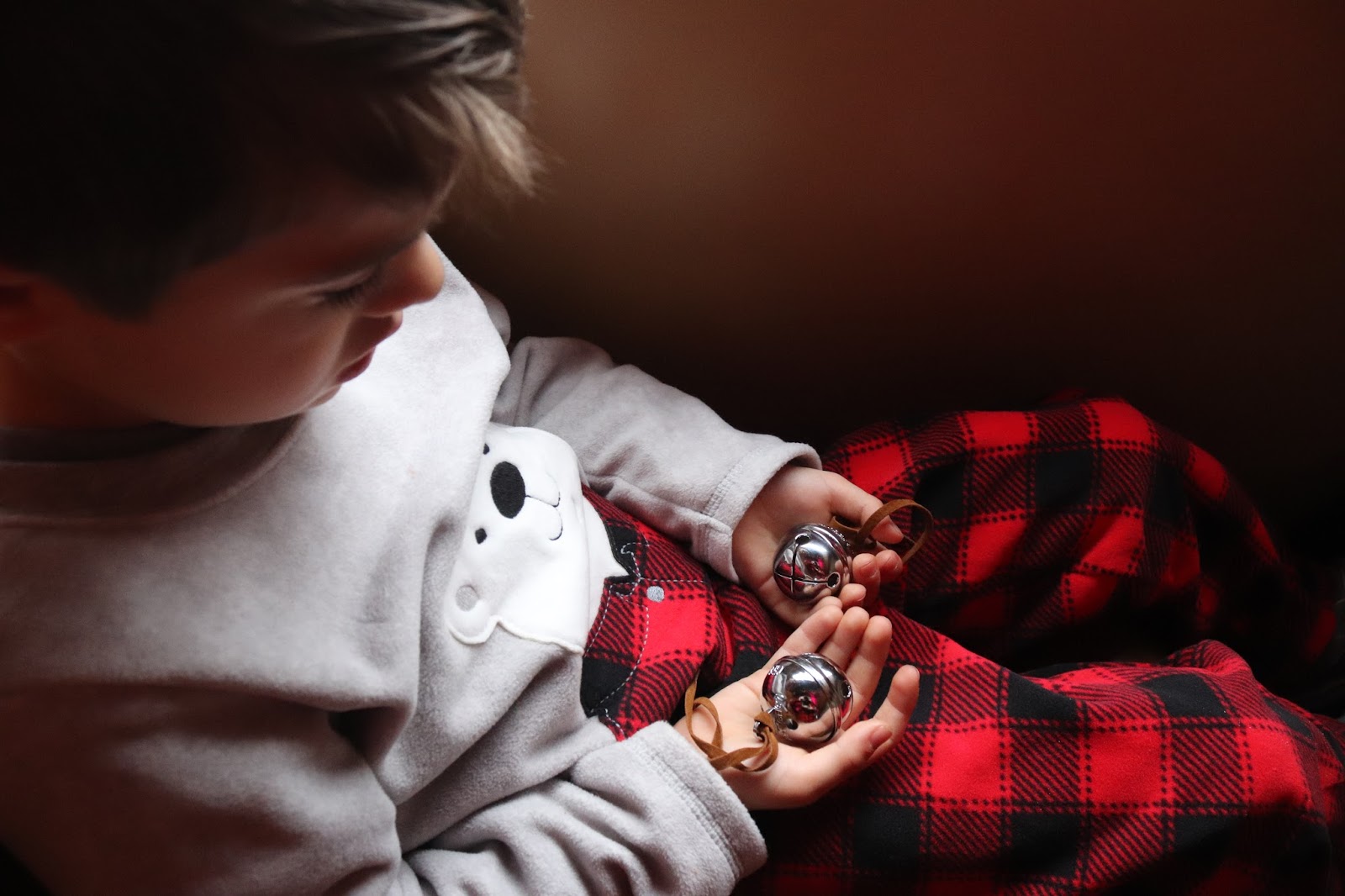 2. Santa: speaking of Santa, we also took the boys to see him. You guys, for a minute I thought we lost A’s belief. I really don’t know how many more years I’m going to get out of him and he’s only four. My guess is maybe they are talking about it in school or this kid just has a certain way of thinking.
Anyway, he started getting upset saying he didn’t want to go because it wasn’t the real Santa. I’m sorry, come again? I quickly asked him, well what do you mean? He said that there is no way the real Santa was waiting for him to sit on his lap because he’s in the north pole making all the toys and sending them to Target. I had to laugh, Target! I’ve taught him well. He said these were Santa’s helpers but they aren’t cool and they only give out stinky candy canes. He then went on to say why would they give little kids candy canes because they’re horrible and taste spicy. They’re so disgusting. Why don’t they just hand out m&ms. I’m telling you, I can’t make this stuff up. I need to just walk around and record his explanations because I’m always so stumped.
The overall visit went really well, and once he got up to Santa he ended up telling him, wow you are the real Santa because you have a real beard. Little nugget was absolutely adorable too and when we told him to smile for pictures and say cheese, he started yelling Merry Christmas instead and had everyone else smiling. A asked him for paw patrol toys and little nugget asked him for drummers (he really means a drum set) and the rest of us asked for more space to put everything in and earmuffs to drown out the noise. 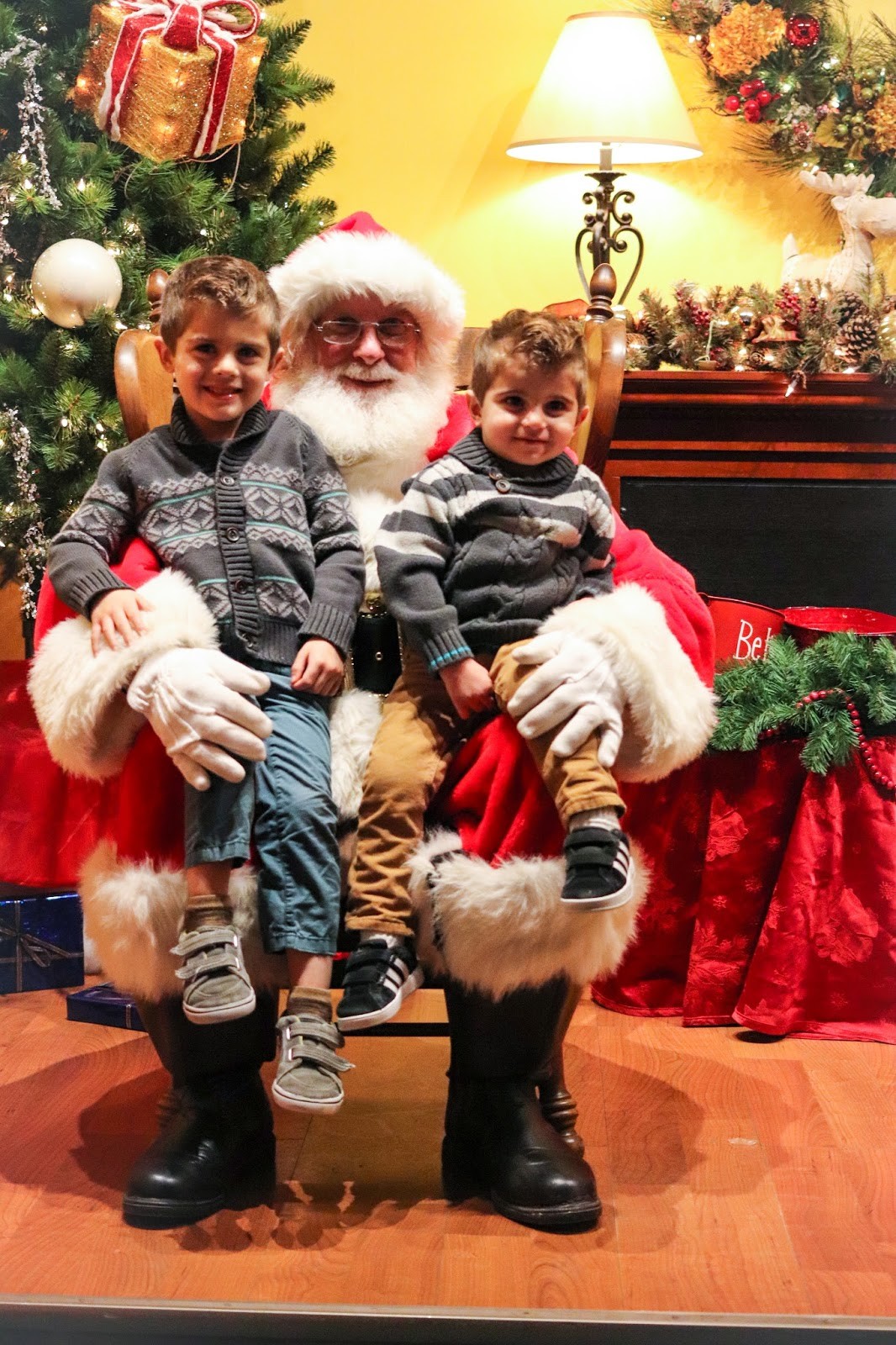 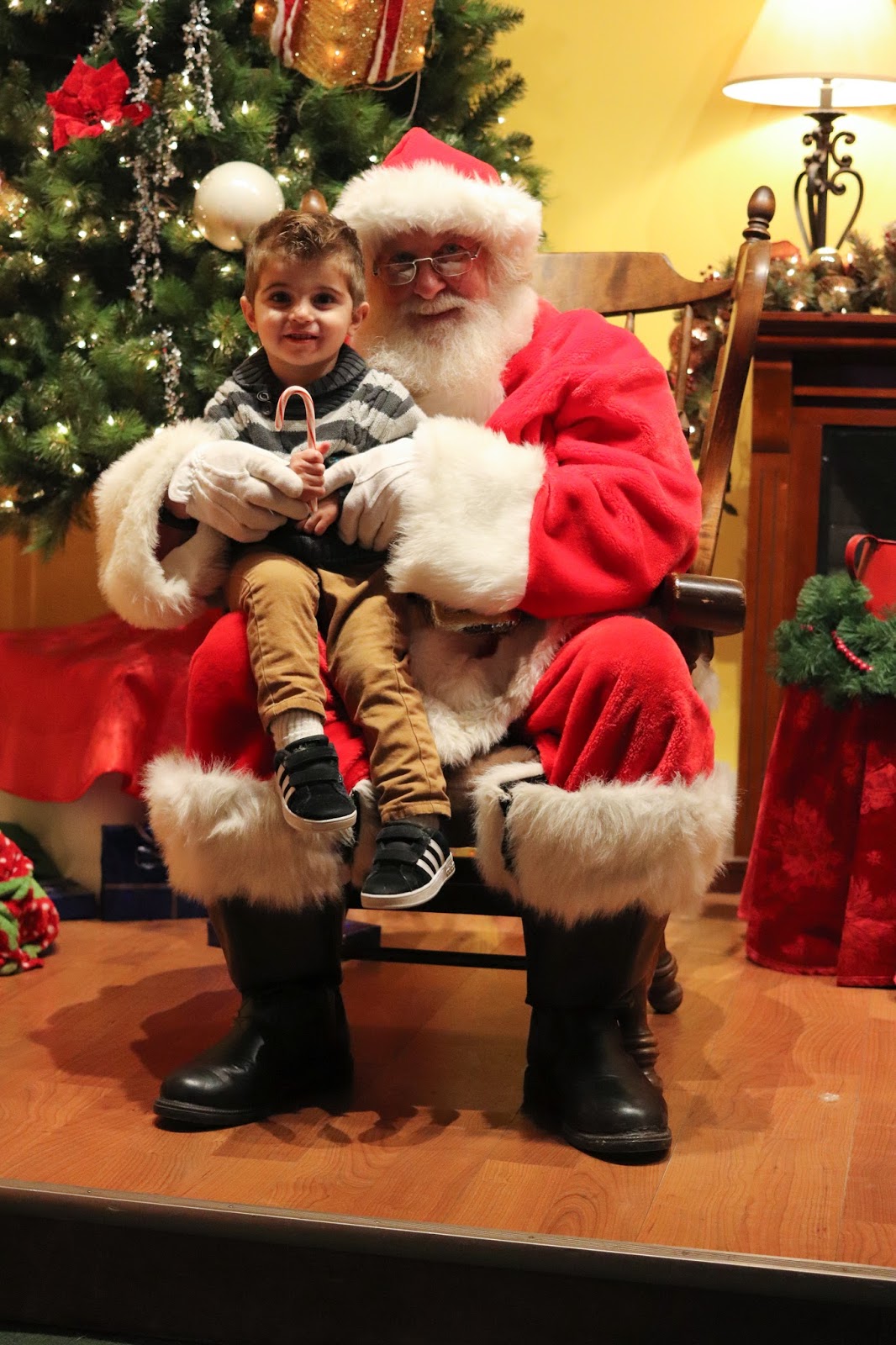 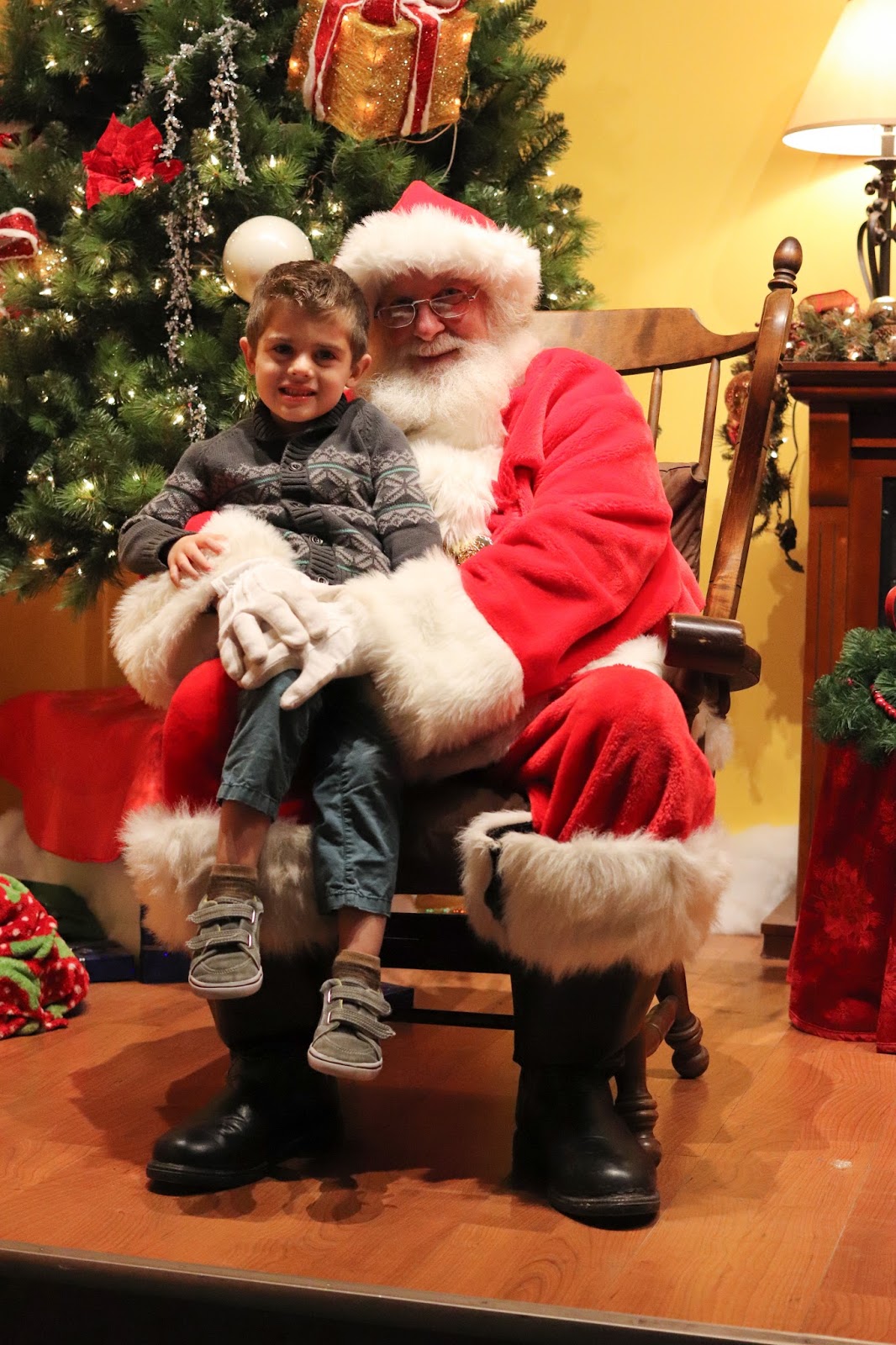 3. You so ugly: my best friend had her annual ugly sweater party and it’s always a great time to see what everyone comes up with. My other friend and I had the same idea with our sweaters since we both got them on a sale rack at H&M back in August. The funny part is, when I was shopping it was between the one she is wearing and the one I got. It’s interesting to see how some of these “ugly” sweaters have become trendy now. I remember the first year she had her party we had to go to thrift stores to find something to wear. Now, you can’t walk into a store without seeing one. 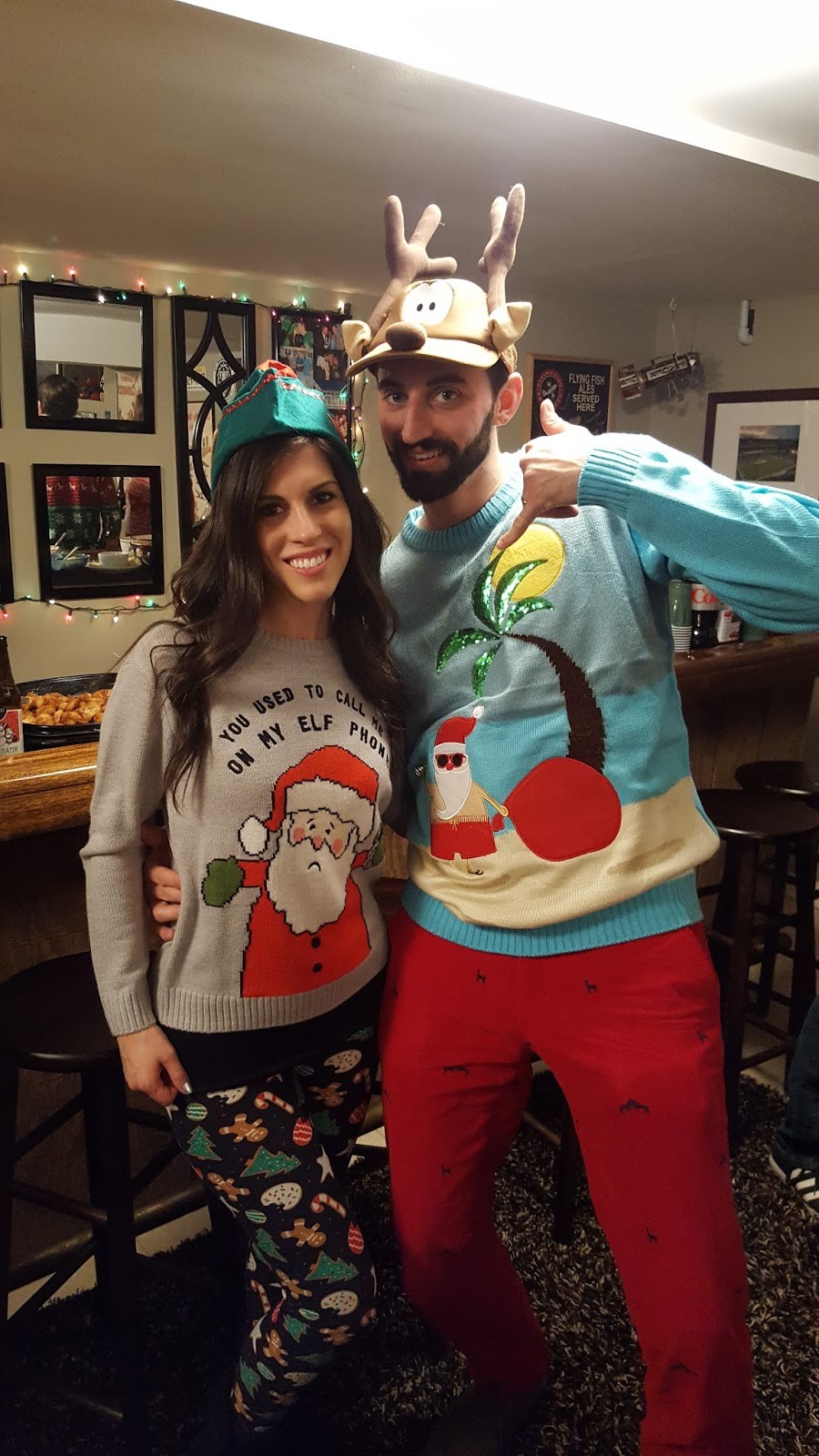 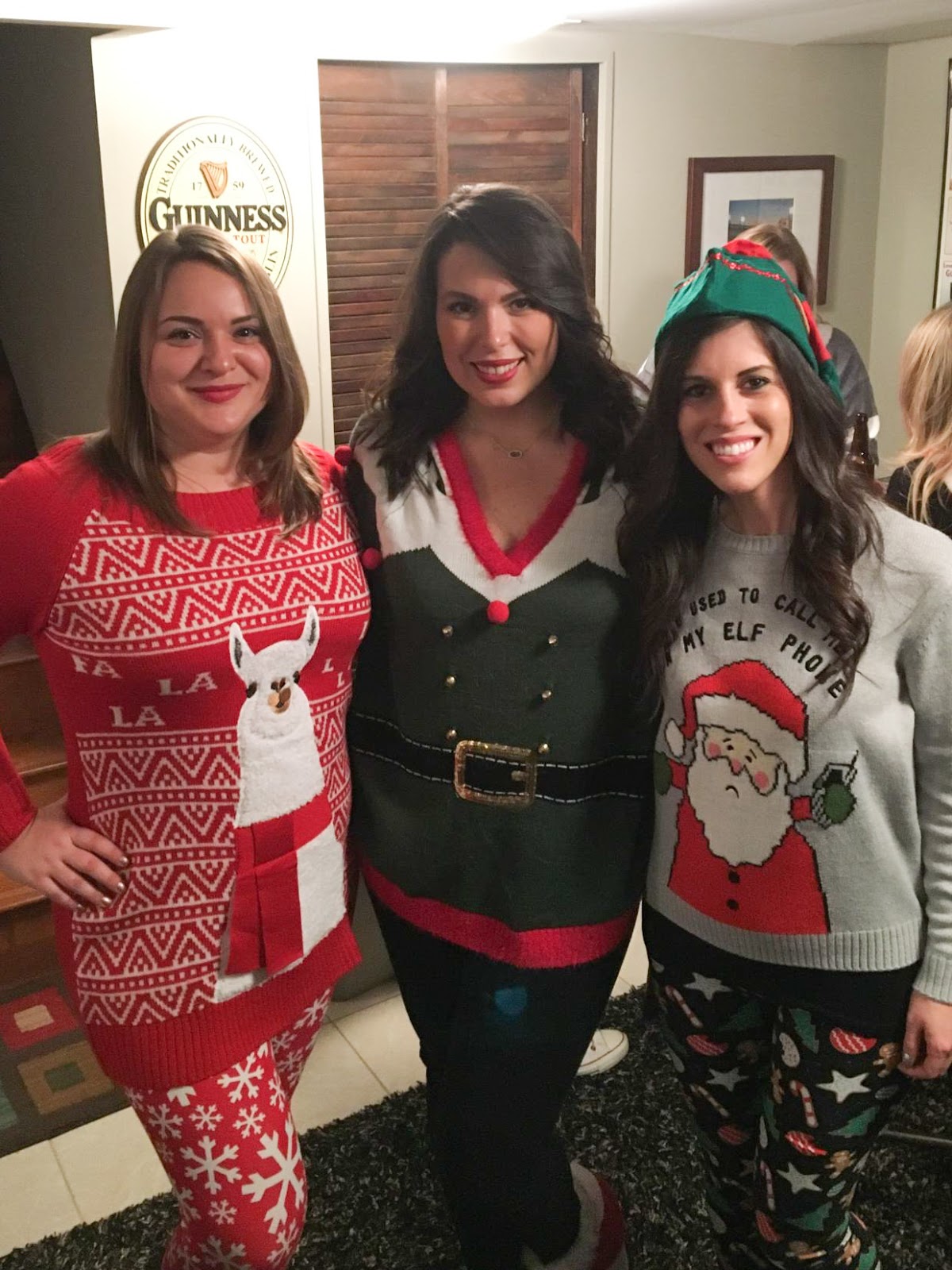 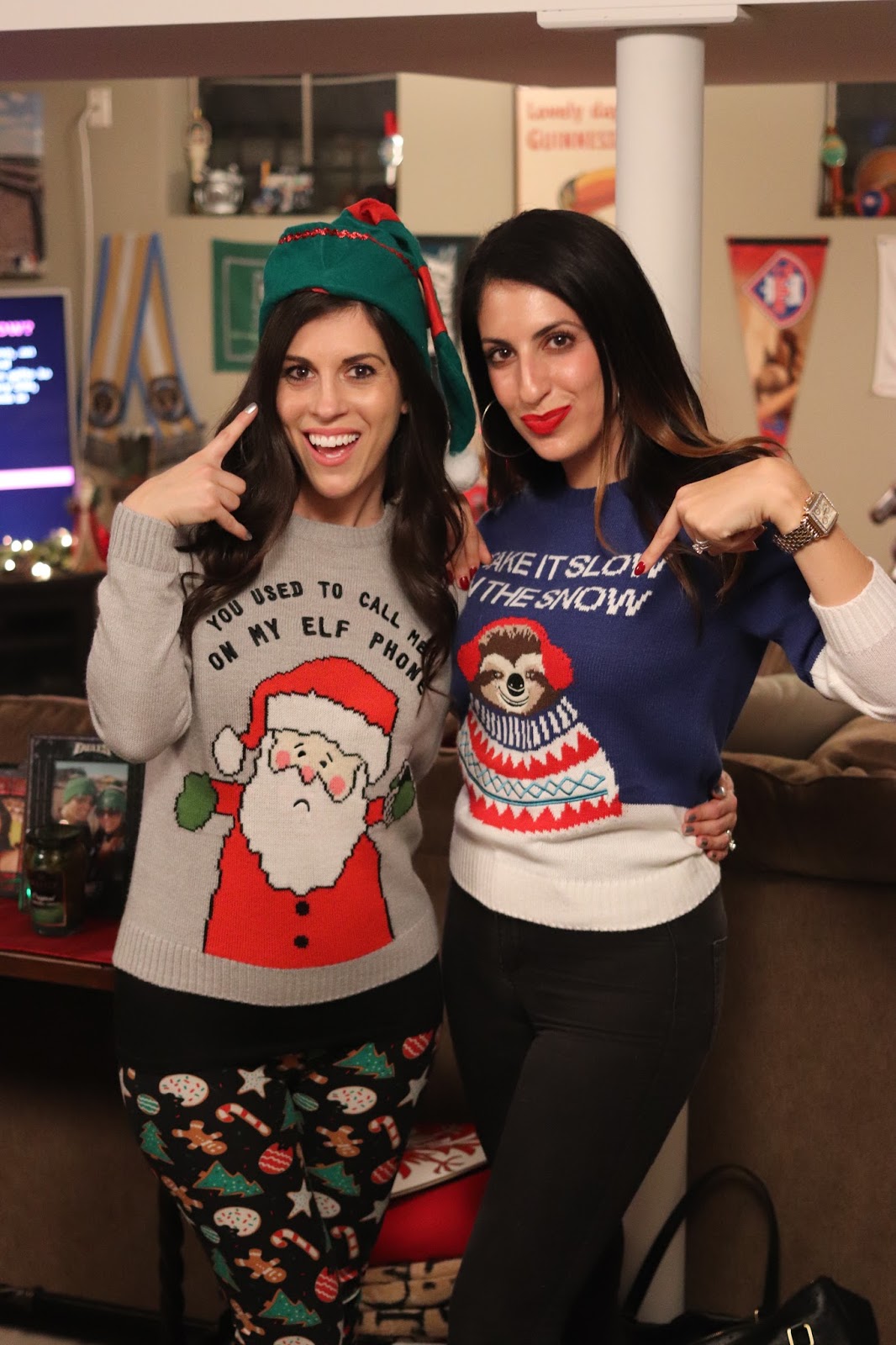 4. Christmas concert: It’s hard to believe that three years ago A had his first Christmas play that I completely dropped the ball with. This year I am happy to say we were well prepared and well informed. The nuggets did great up there and made it through without tears or running off the stage. Little nugget didn’t open his mouth once to sing but he sure looked cute sitting there. A sang along and did all of the little hand motions and I could not have been prouder. On a side note, I looked back at my favorites from a year ago and it’s so bizarre that it’s almost an exact replica of this post. History repeats itself. 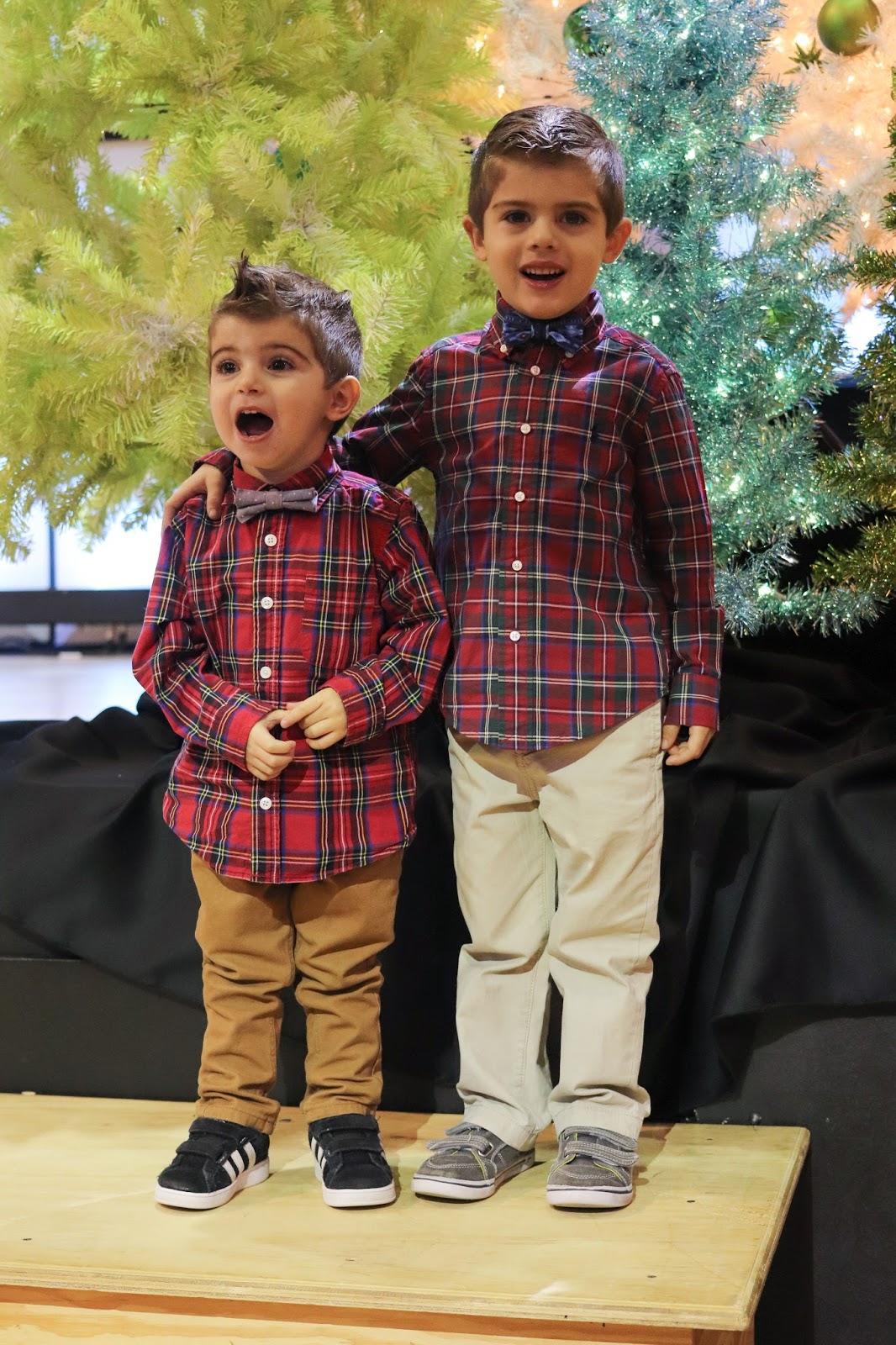 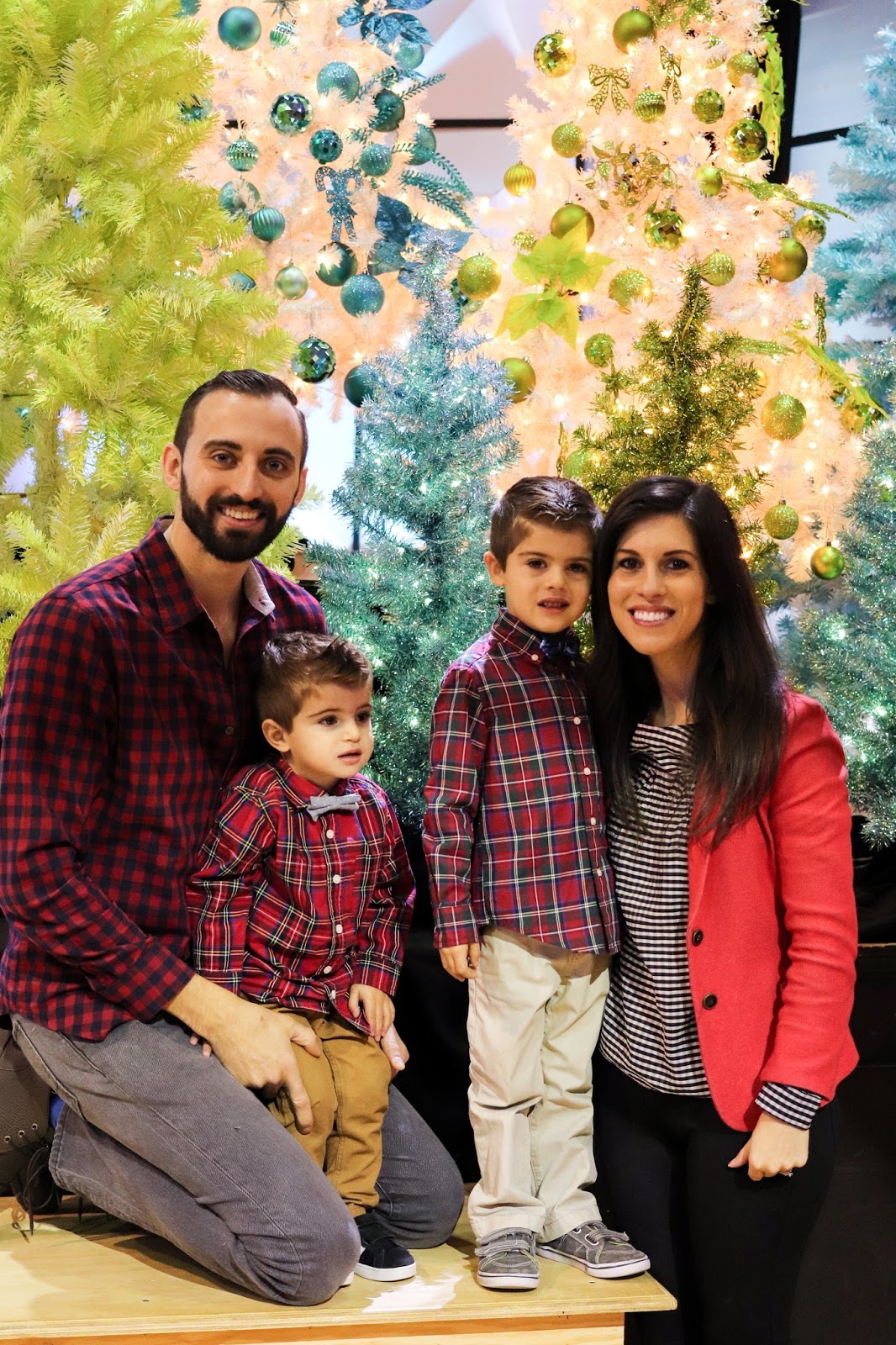 5. Elf fun: I’ll admit, I am not the most creative every night with our little elf friend. We do try to throw a few things in there every now and then other than just moving him to make it more interesting, but this little guy is a full time commitment for parents who take this on. I know some families that don’t bring their elf back until the week before Christmas, and I’m starting to see why. Alvin did make an Olaf out of toilet paper and cheered the boys on the morning of their Christmas concert. How he made both the Olaf and the marshmallow microphone of course were questioned but our little detective buddy. 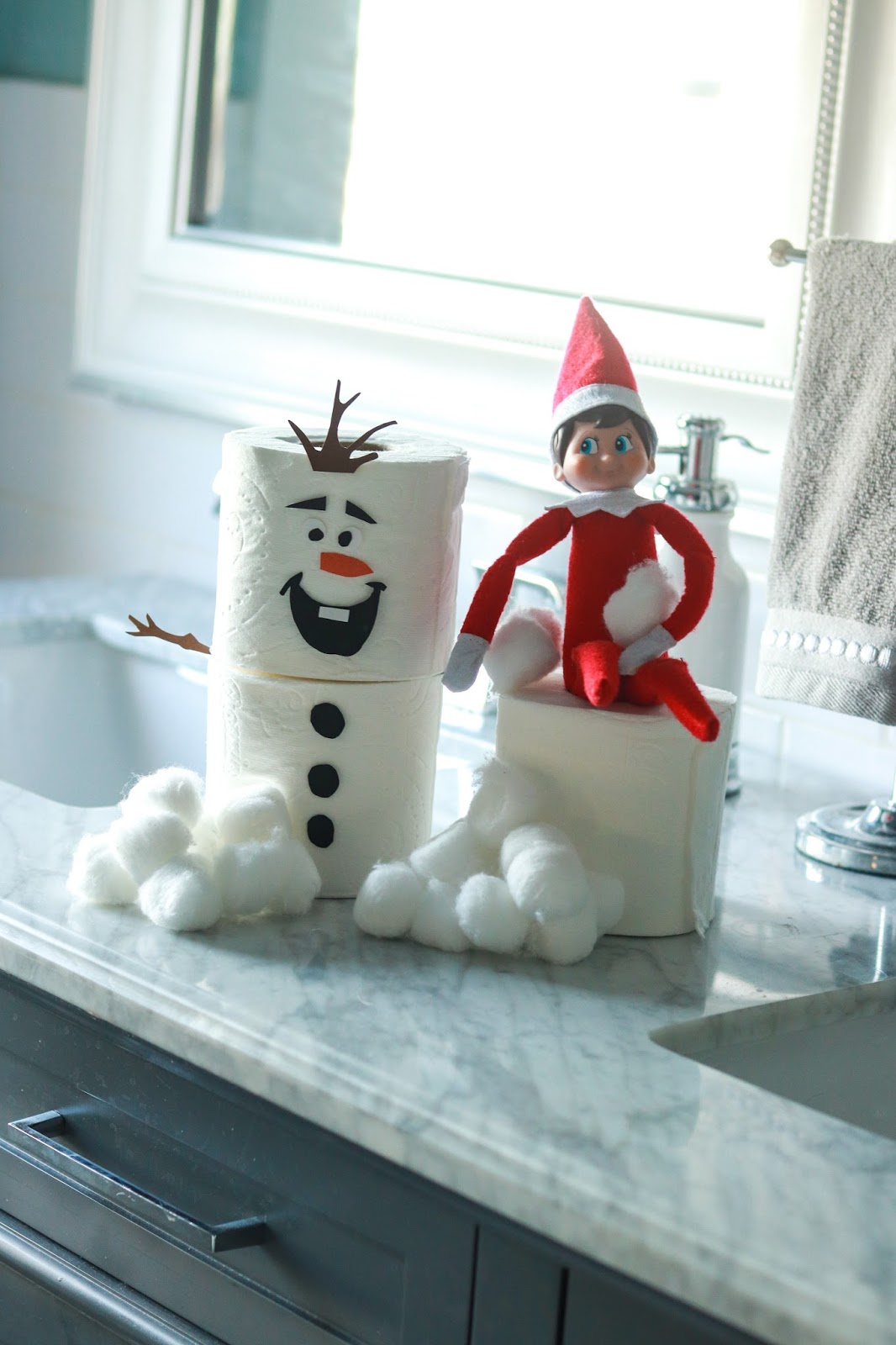 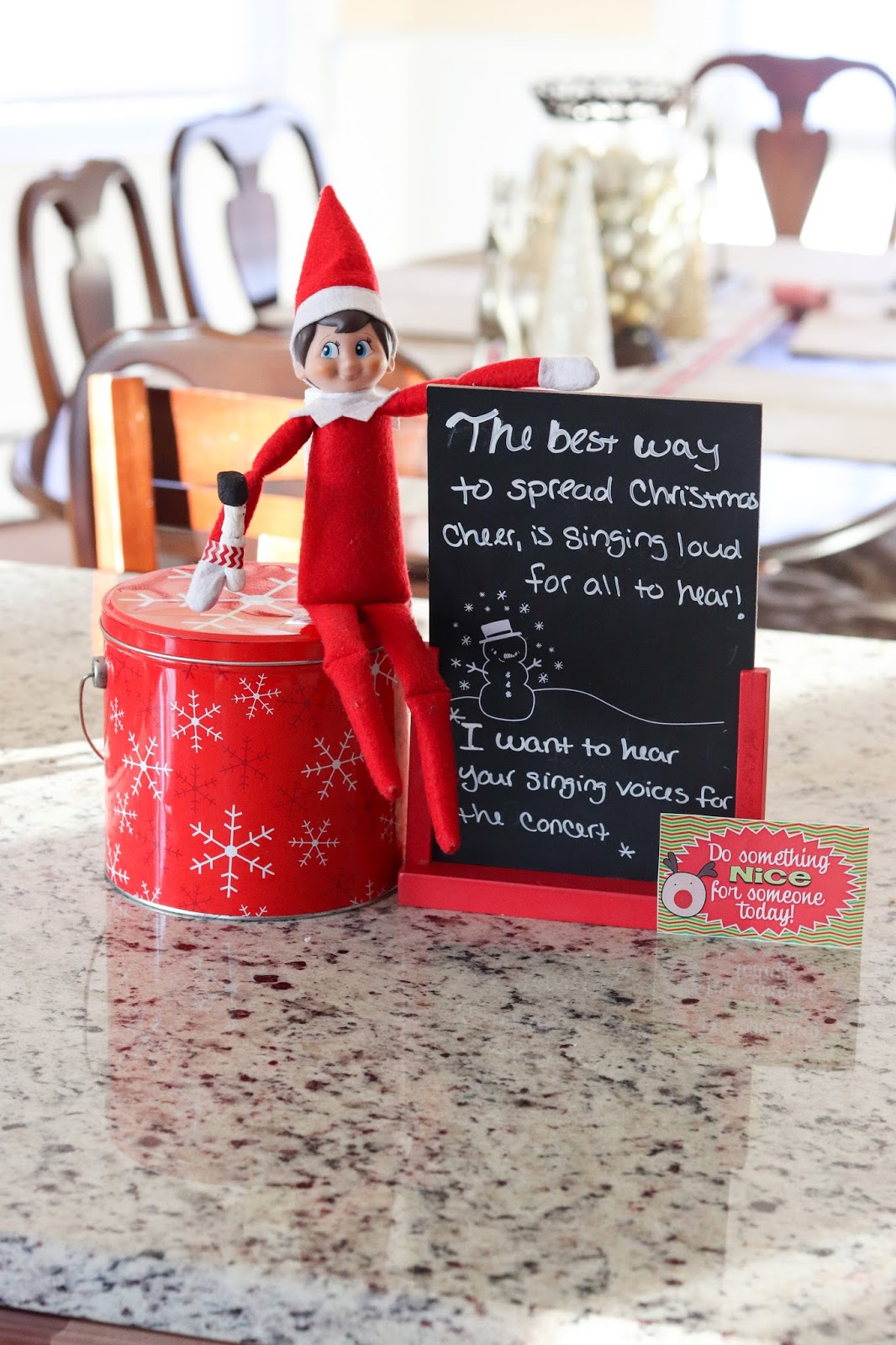 I hope everyone has a great weekend that’s filled with festive fun. Don’t forget that our last Girl Chat of the year will be happening on Thursday when we’ll be sharing the best gift we’ve ever gotten. We’d love to chat with you then. In the meantime, here’s where you can find me linking for all the link up fun.