END_OF_DOCUMENT_TOKEN_TO_BE_REPLACED
Just as quickly as it came it’s now gone. All that yummy turkey, the planning, the pumpkins will have to wait for the excitement again next year. I shared 5 things I’m Thankful for on Friday but recapping our Thanksgiving here. We had a fun one but it always seems to go by too fast. 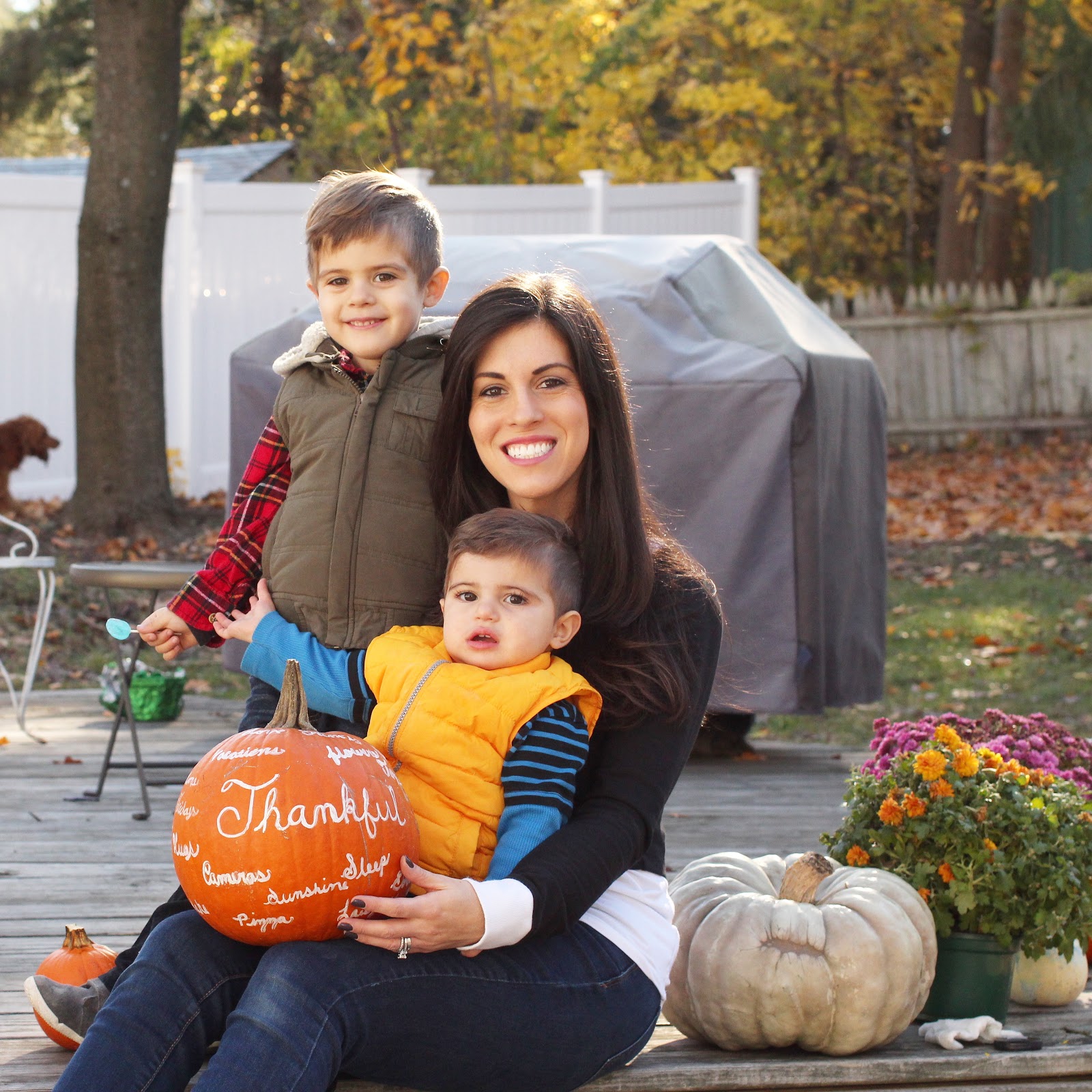 Thanksgiving Eve we got to enjoy watching the boys in their Thanksgiving parade. It was such a huge relief to see A holding his sign high and proud unlike last year when he ran around screaming and crying and wanted nothing to do with it. Our little turkey spotted us from his buggy and started waving as he passed by. 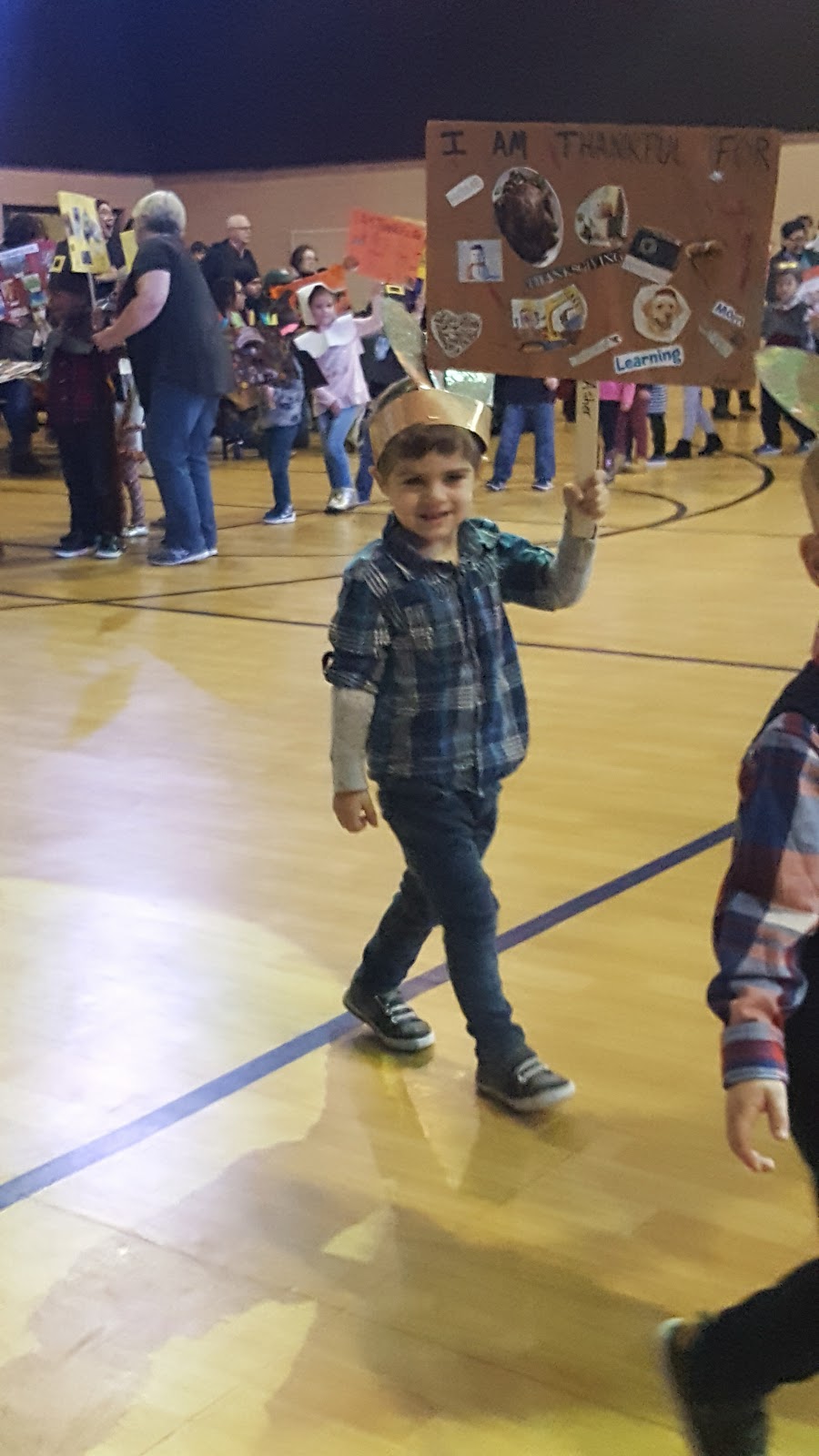 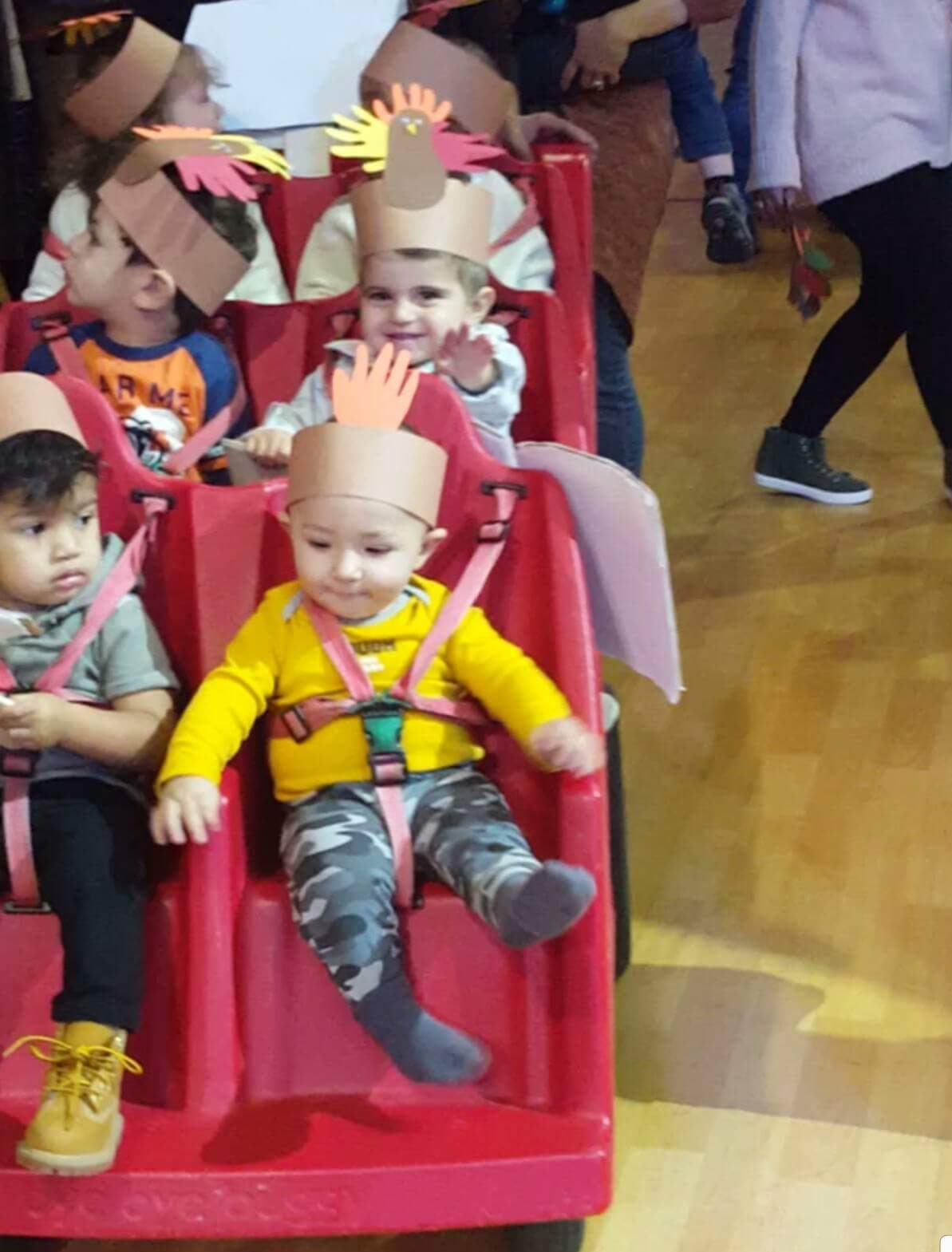 Later on that night we made our way down to south jersey so we would be in the area the next morning. My sister suggested a girls night for Thanksgiving eve which was perfect because I’m kind of over the crowds and really late nights out. Oh how Thanksgiving Eves have changed. The next morning we ventured out bright and early for the Philadelphia Thanksgiving parade which happens to be the oldest parade in the US.

This year it was great to have my mom, sister, my best friend and her husband come along with us. We all had a great time and seeing and hearing the nuggets get excited about the different passing floats and balloons was the best part. 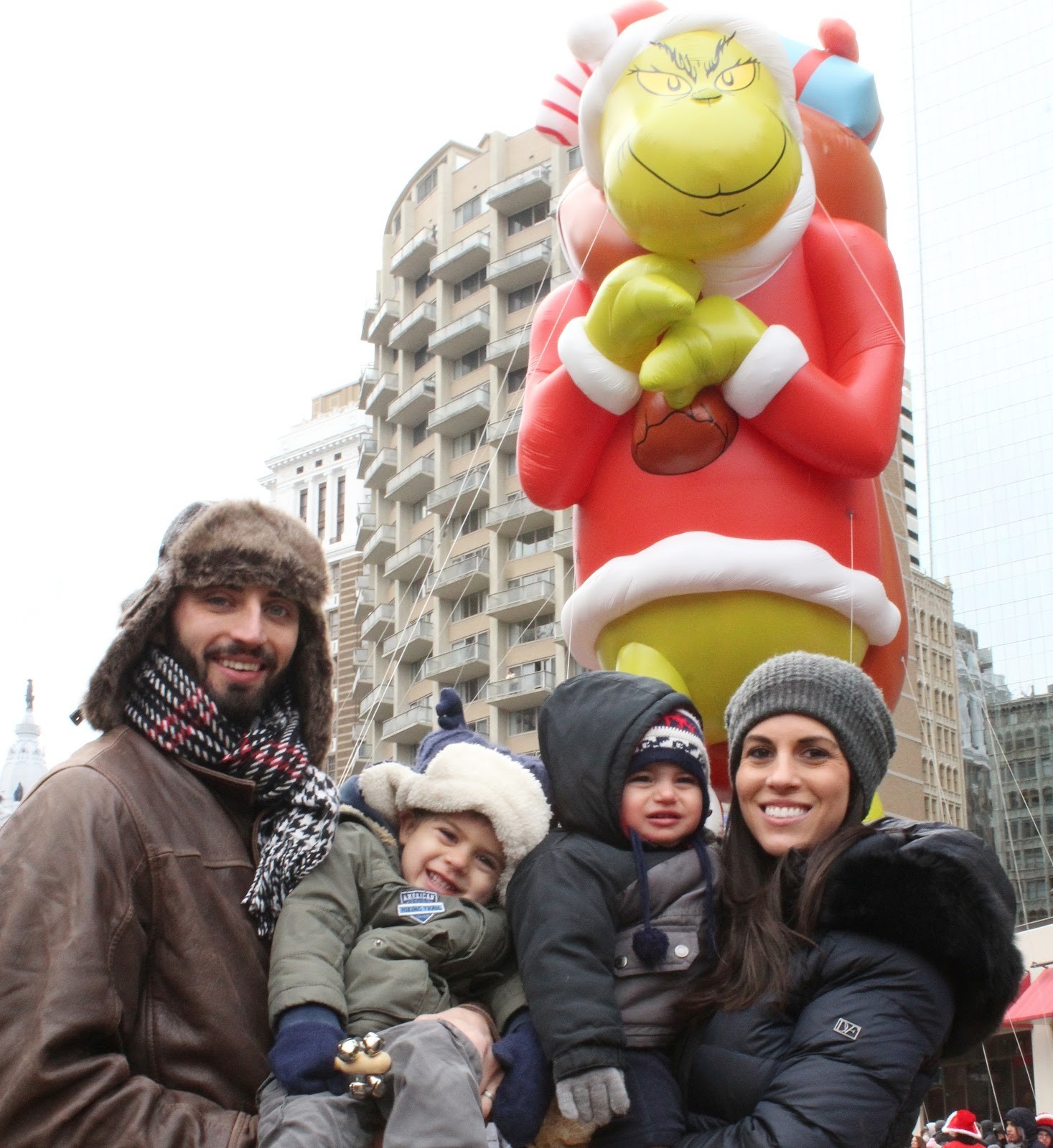 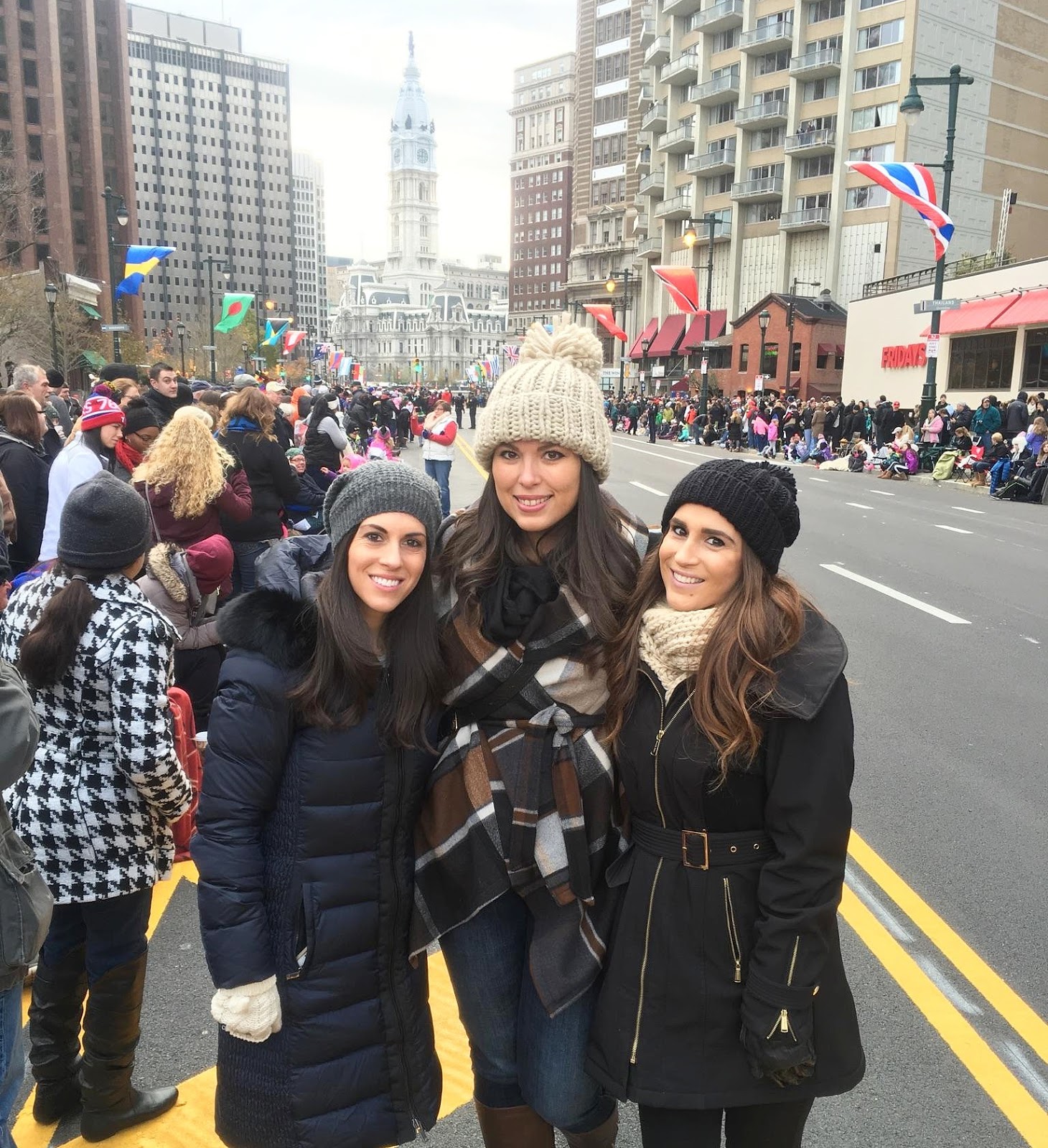 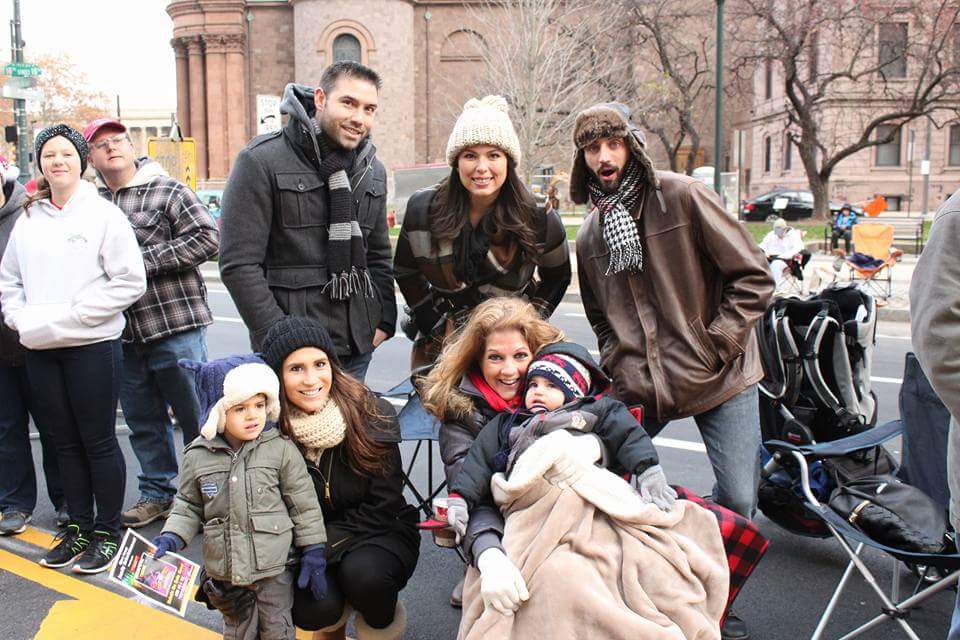 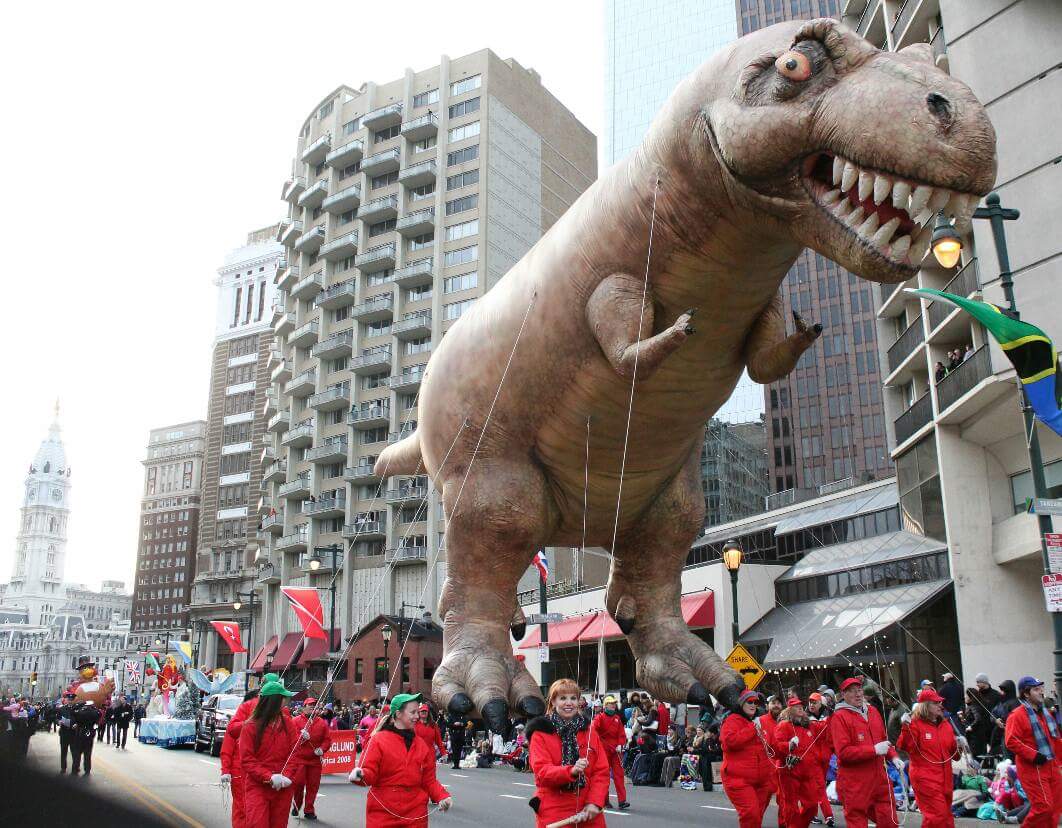 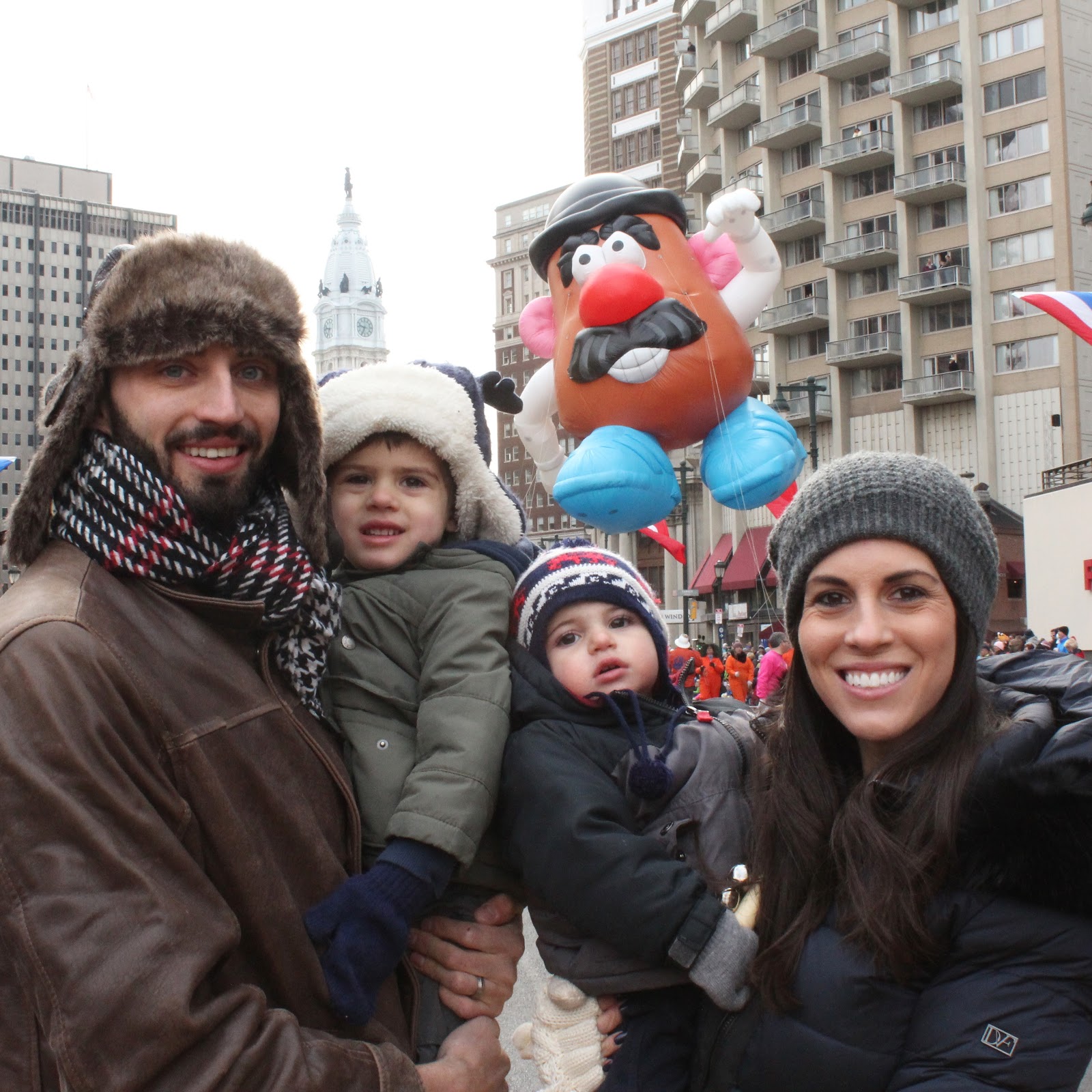 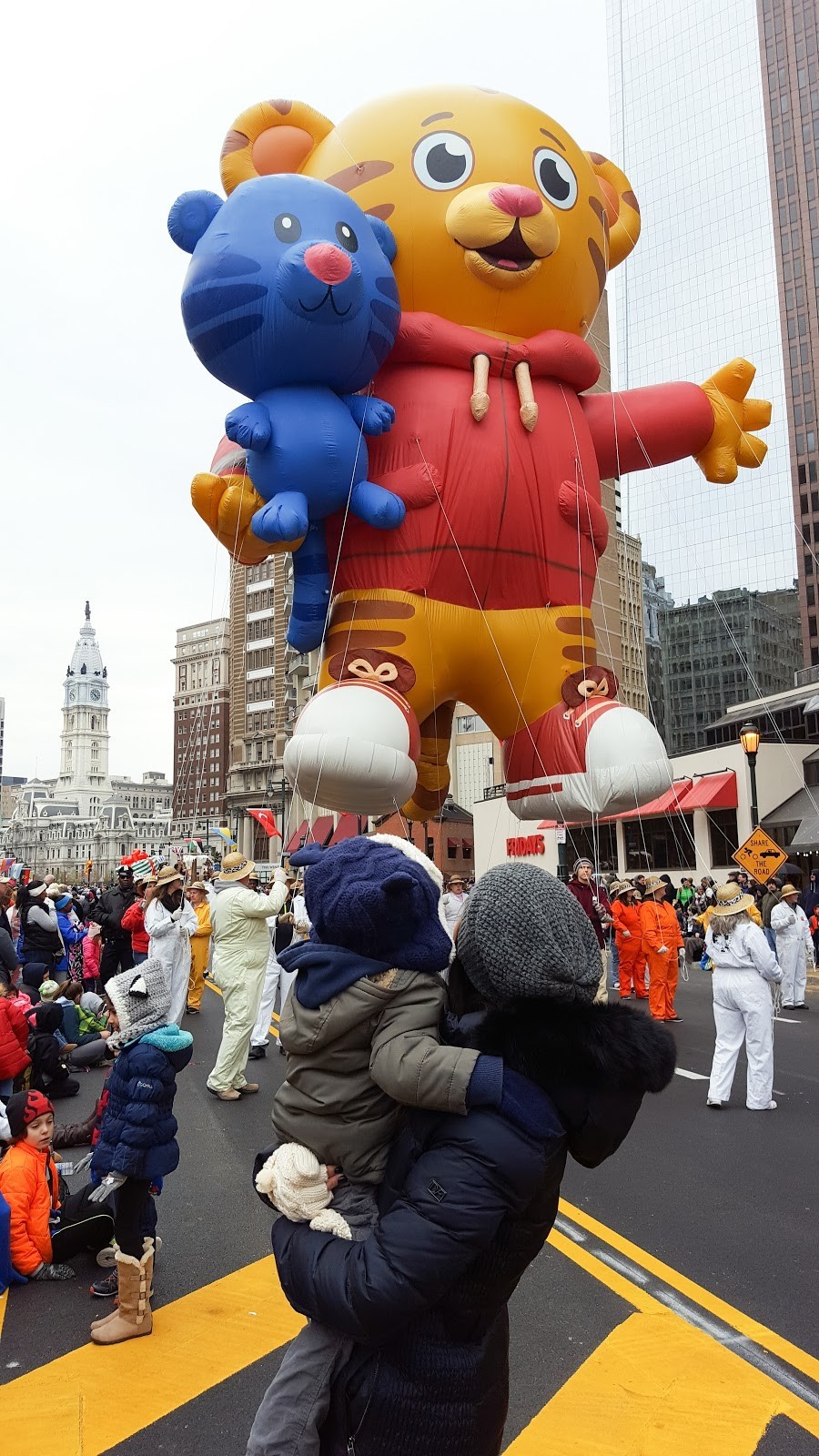 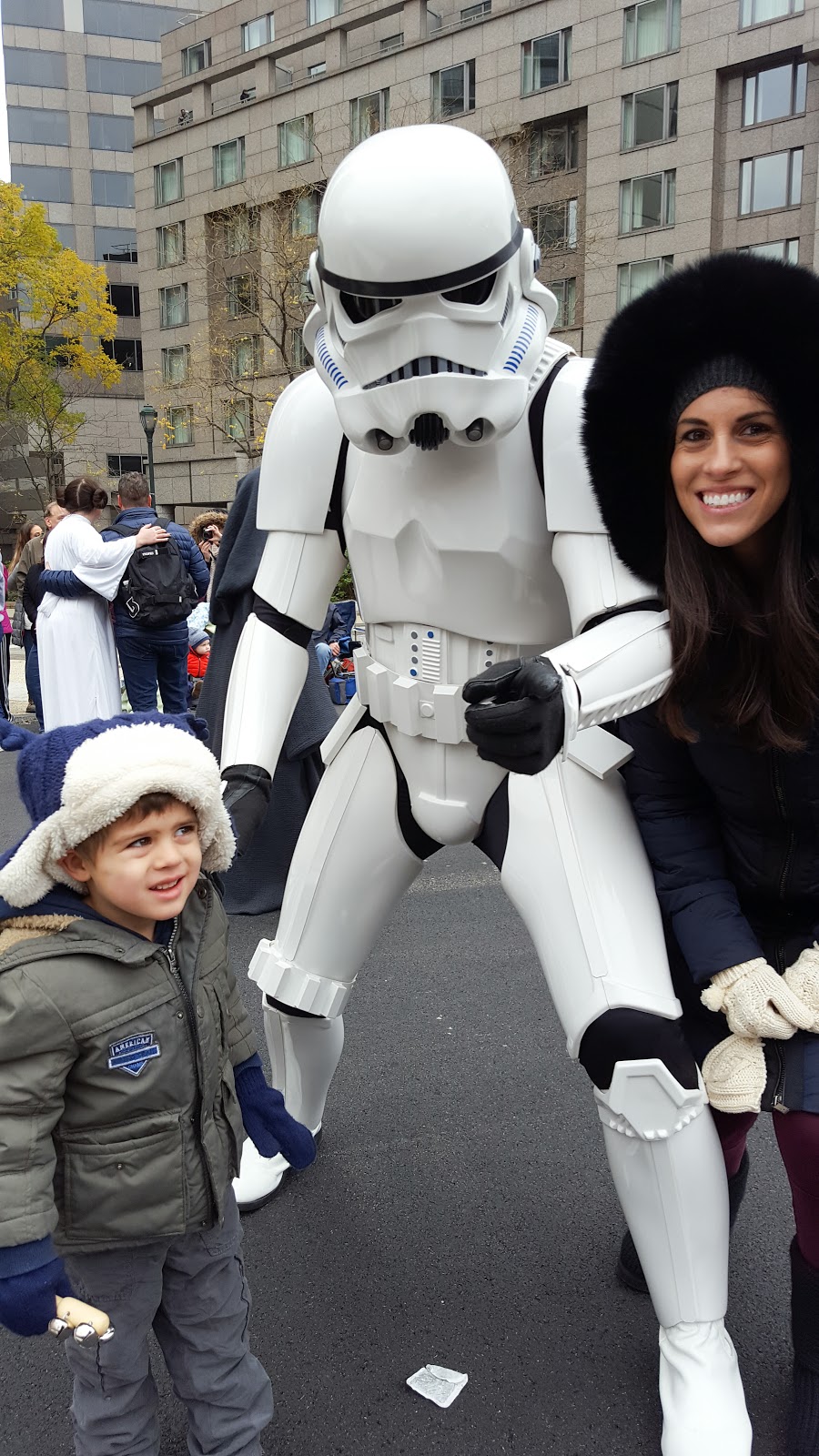 After the parade we headed over to my in-laws house for dinner where we all ate way too much and the nuggets consumed way more treats than they should have. My mother in-law got this cute kids table cloth that was made to color on which kept the nuggets and us all occupied. 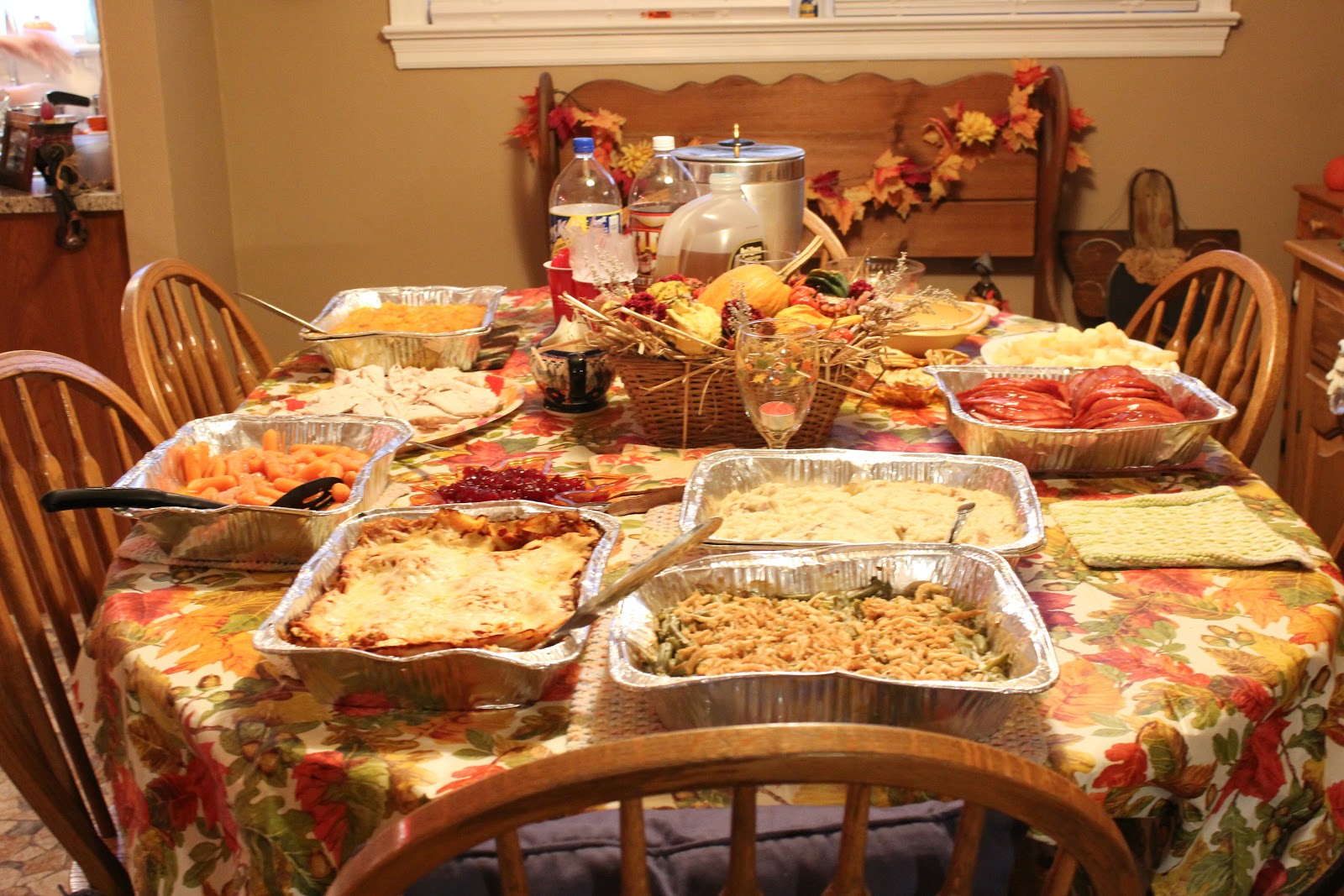 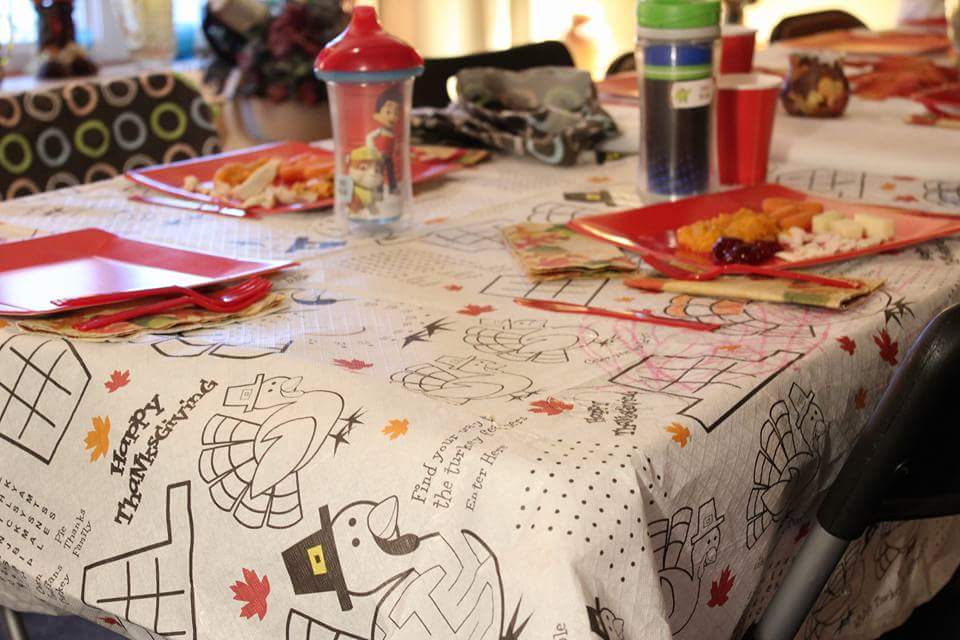 We did a lot this weekend but some of our adventures I’ll be doing separate posts on. If you caught my instagram you might have seen our elf on the shelf friend is back (I’m hoping to share this years breakfast tomorrow), our tree is home, and we are in the processes of decking the halls.
I hope you all had a great Thanksgiving! I’m linking with Biana today.