Gearing Up For a Good…

END_OF_DOCUMENT_TOKEN_TO_BE_REPLACED 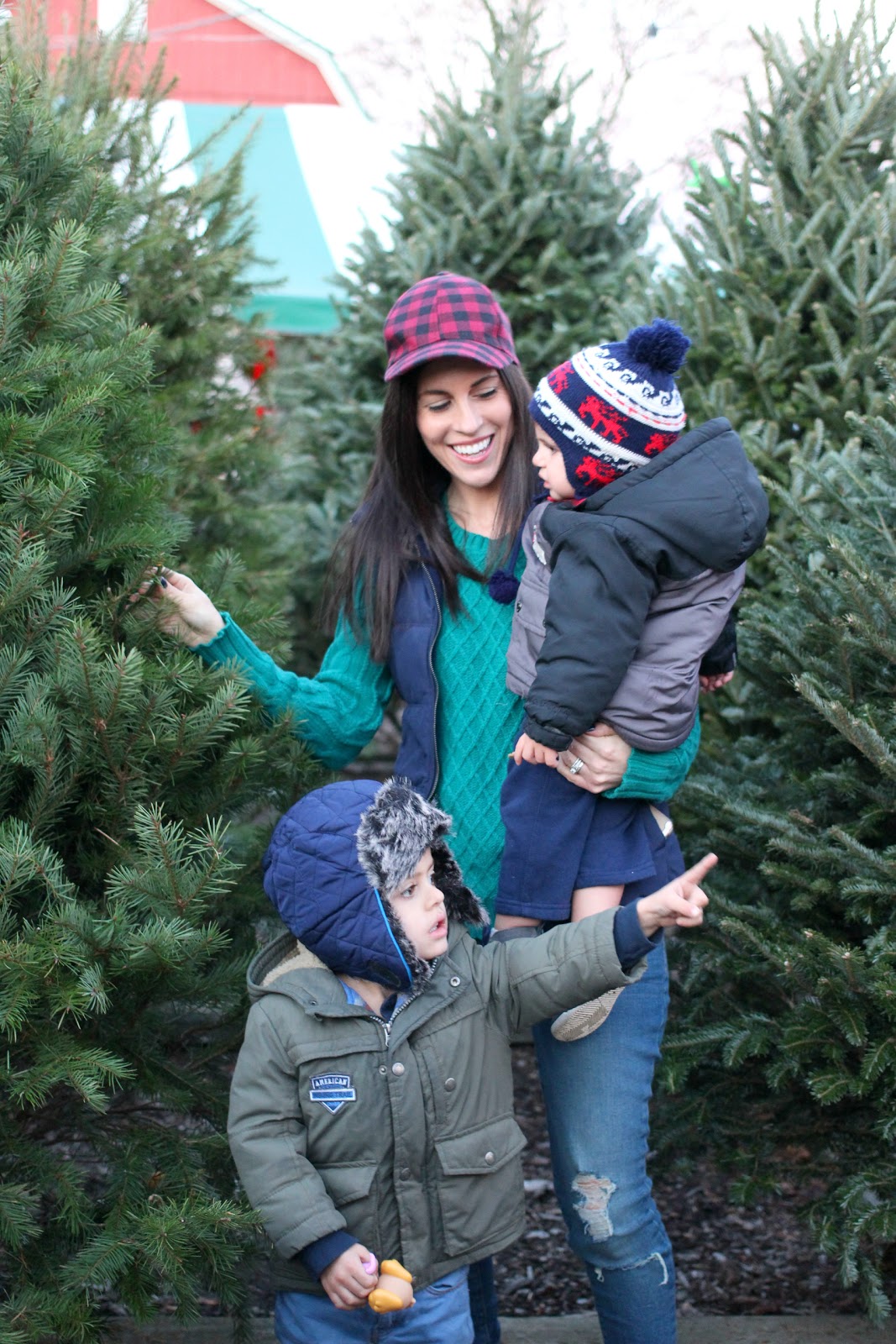 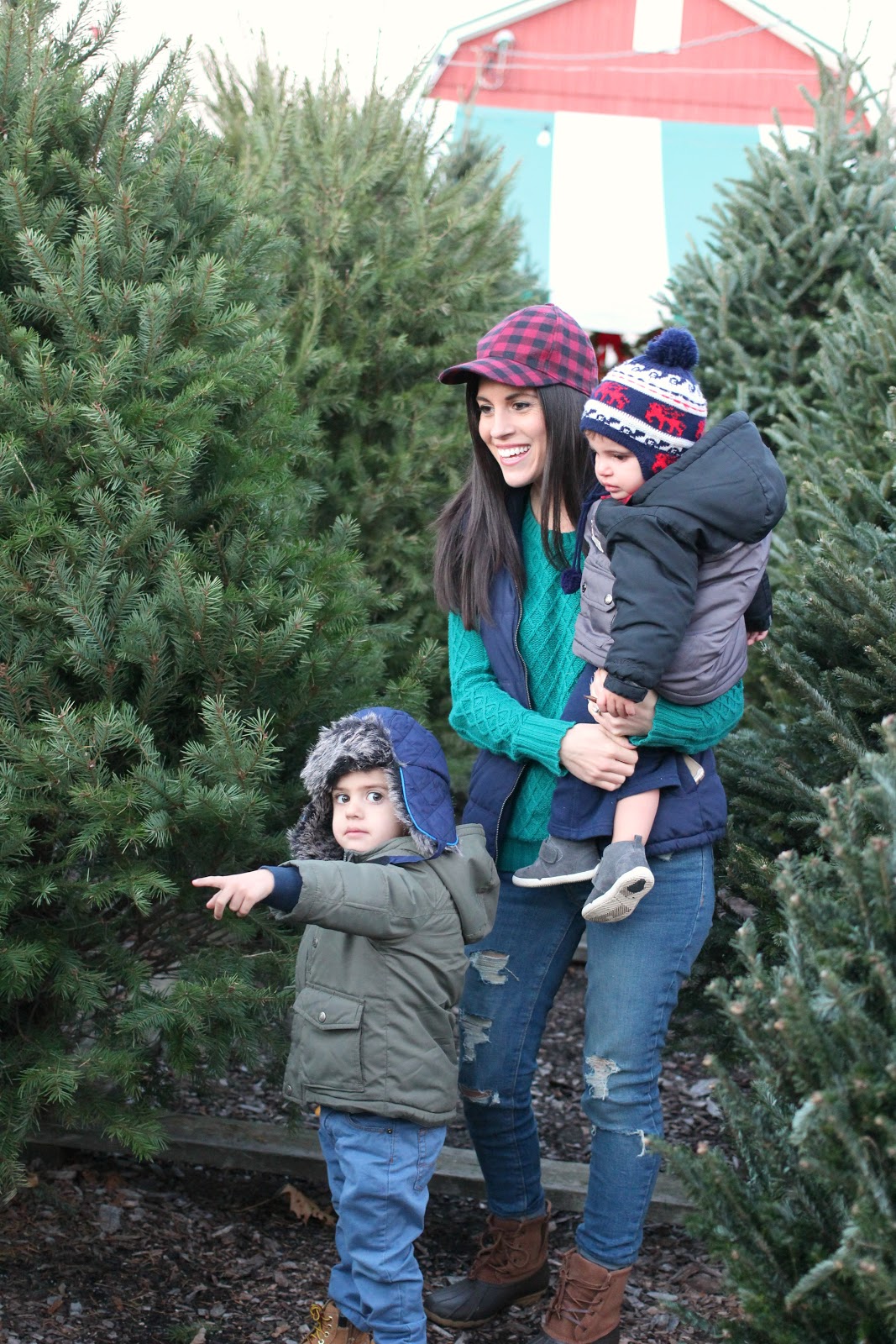 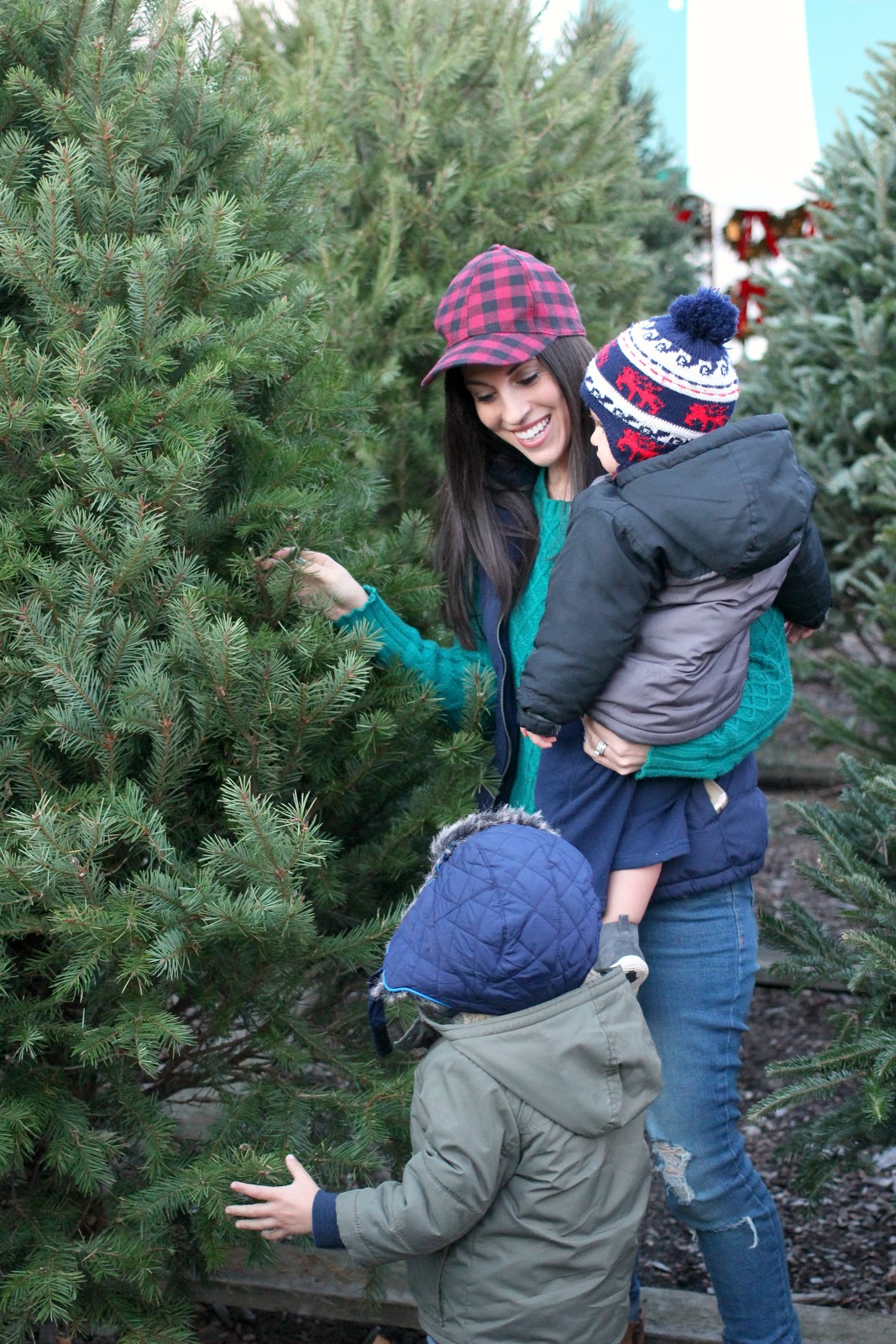 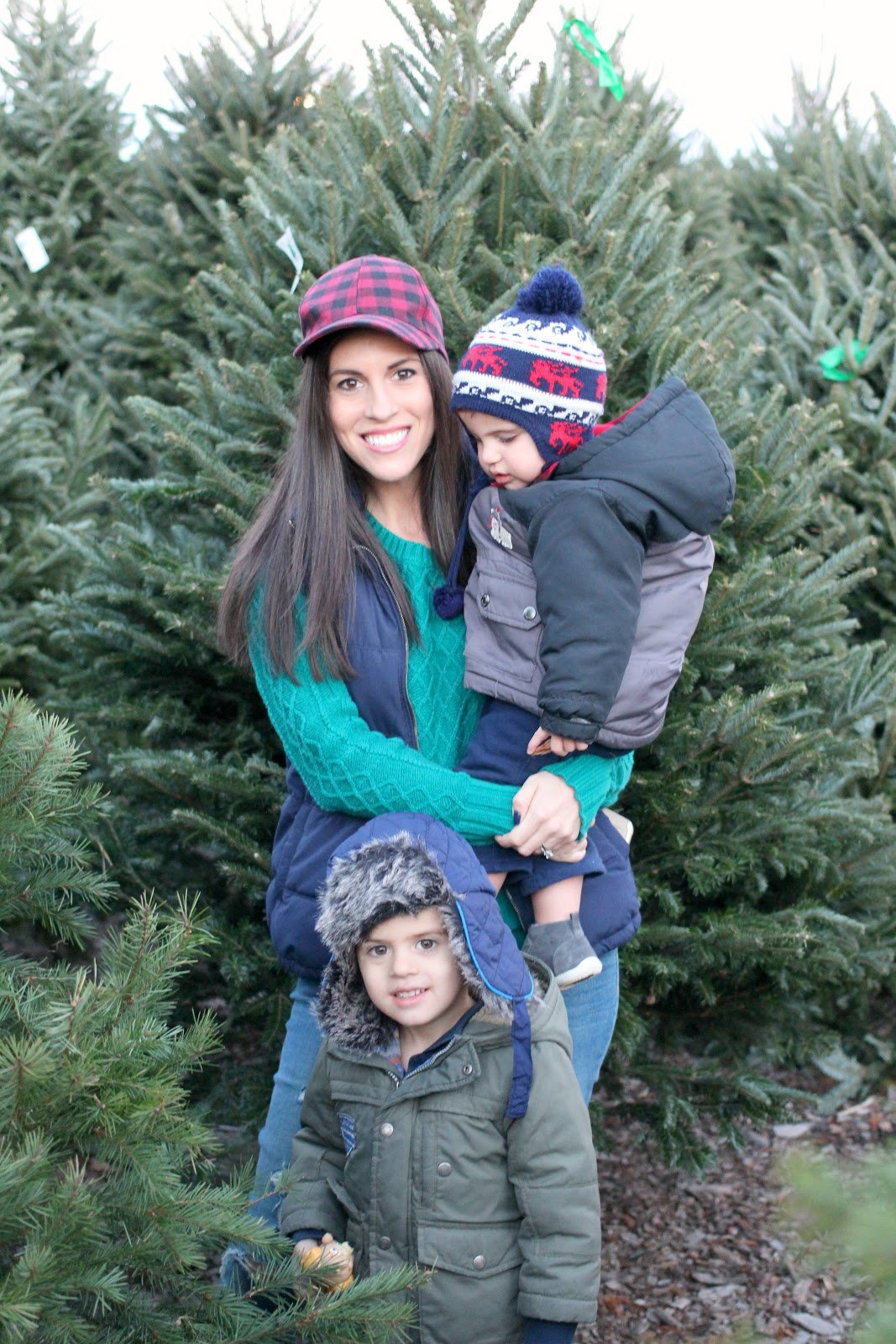 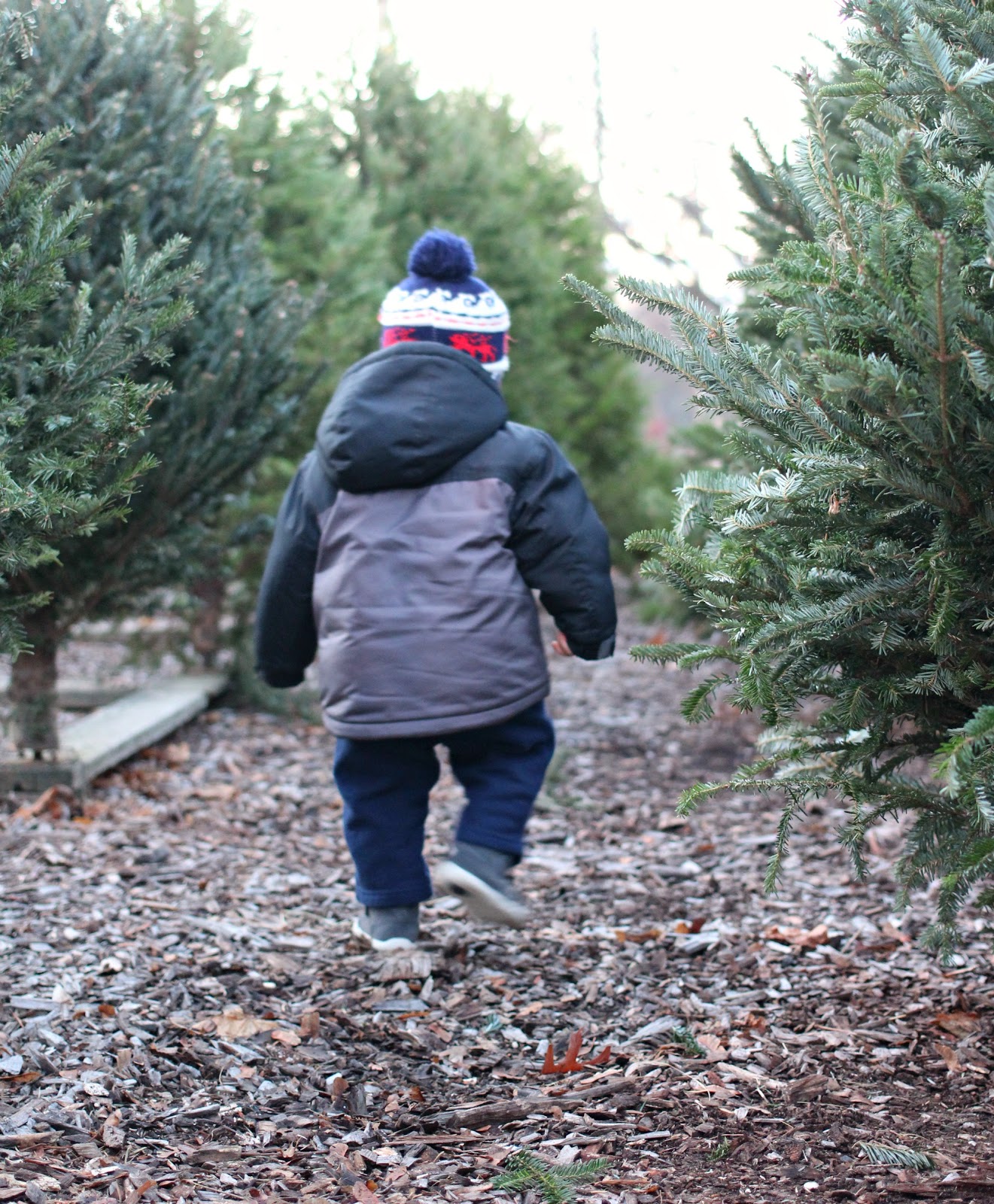 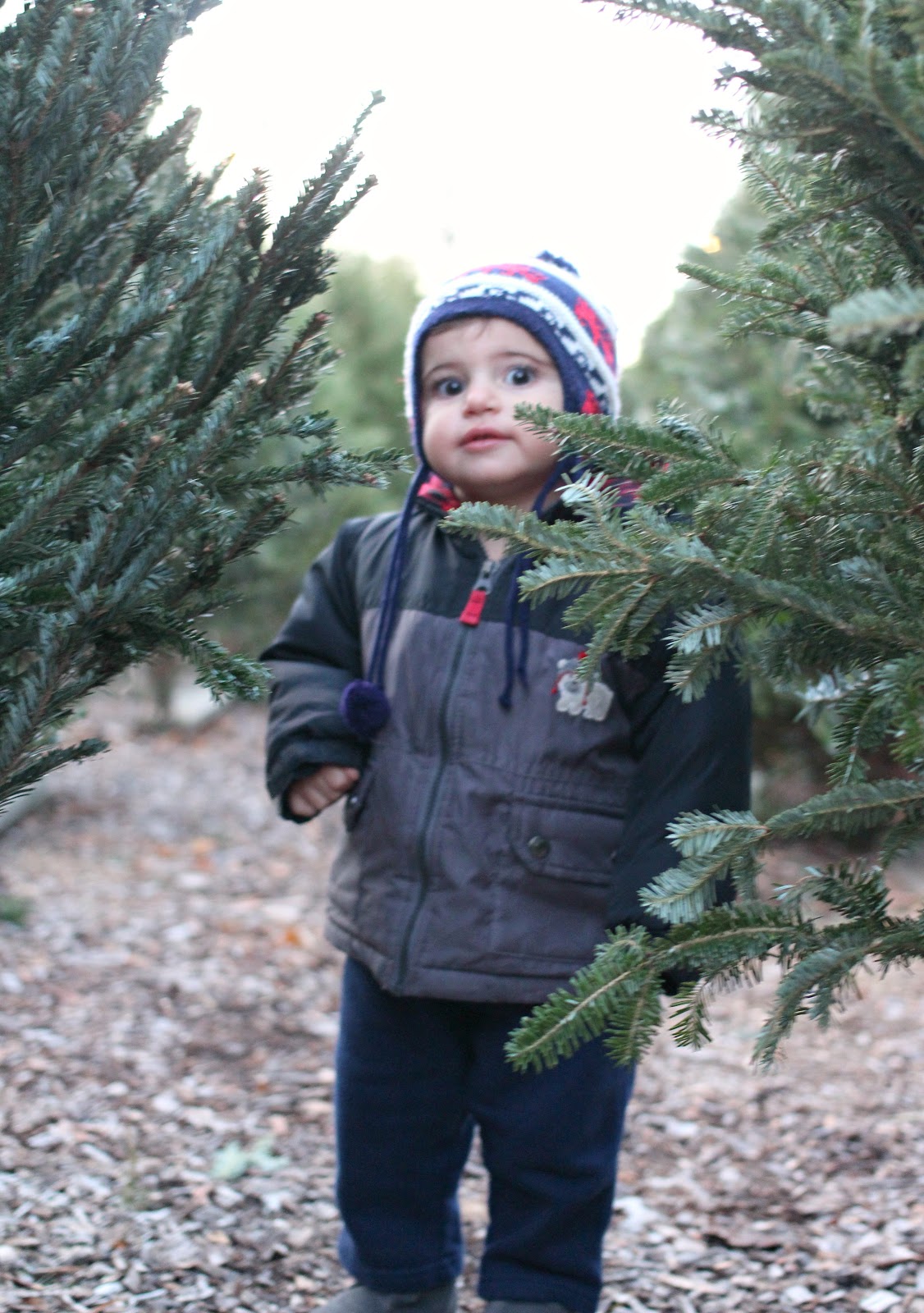 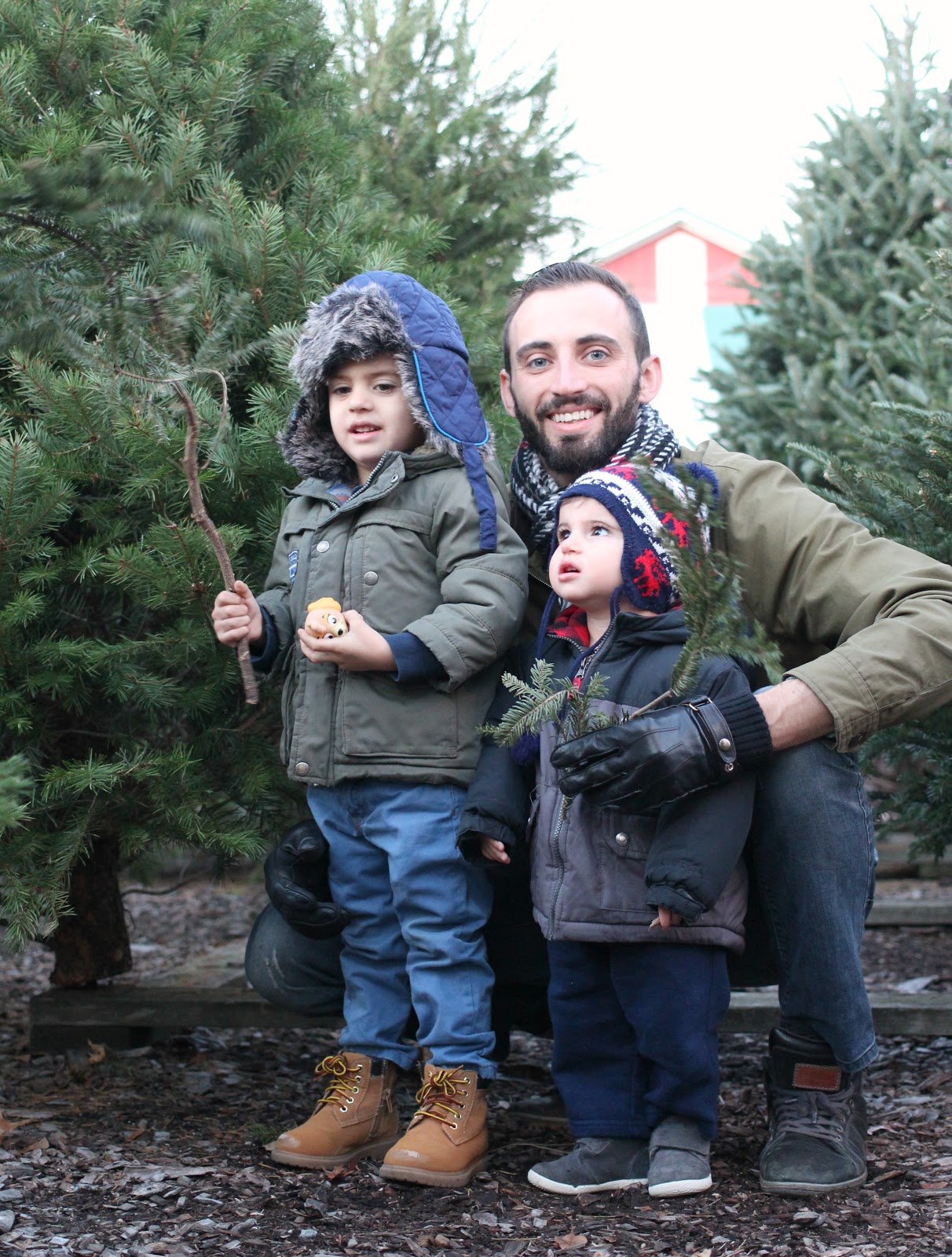 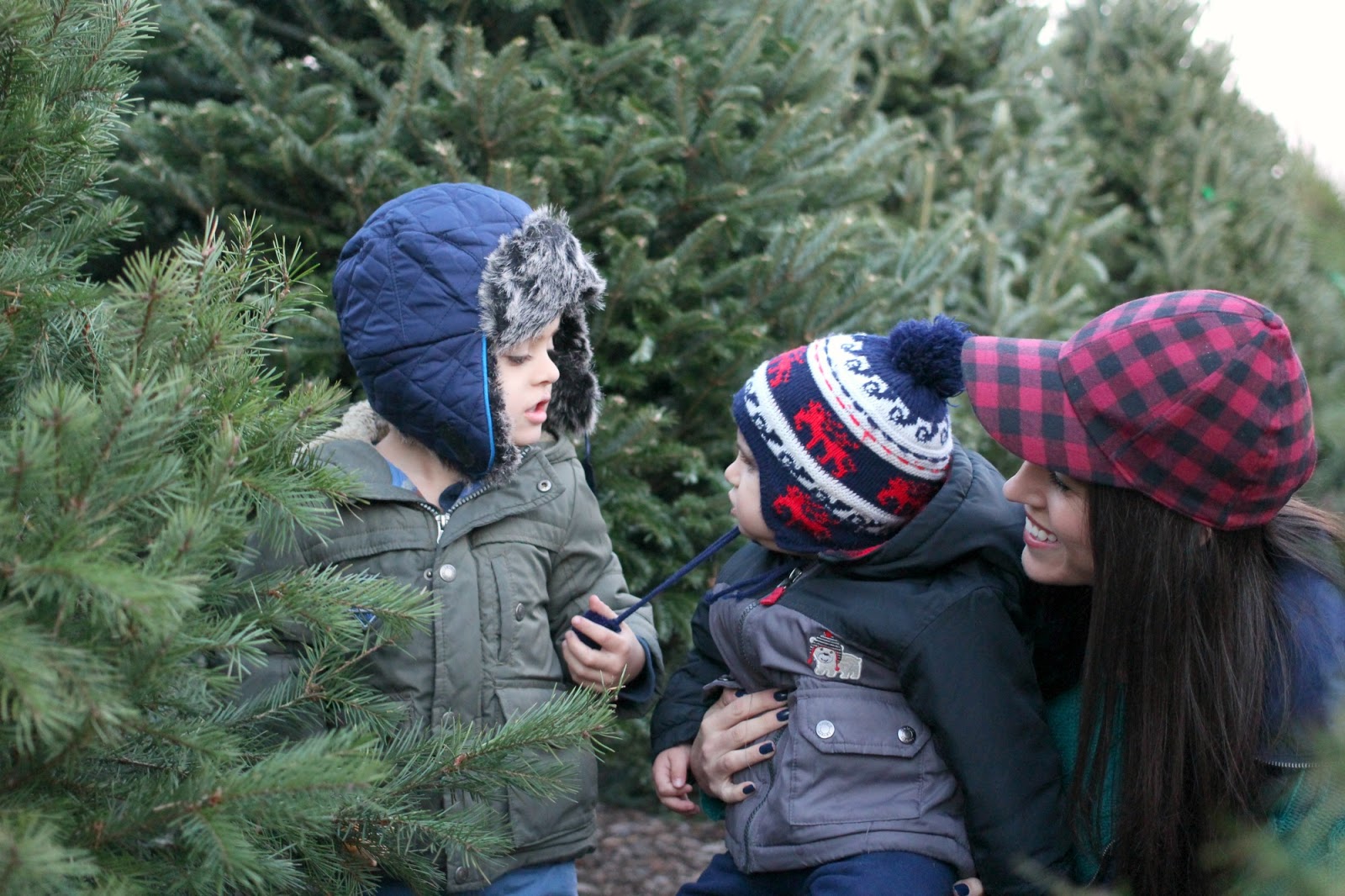 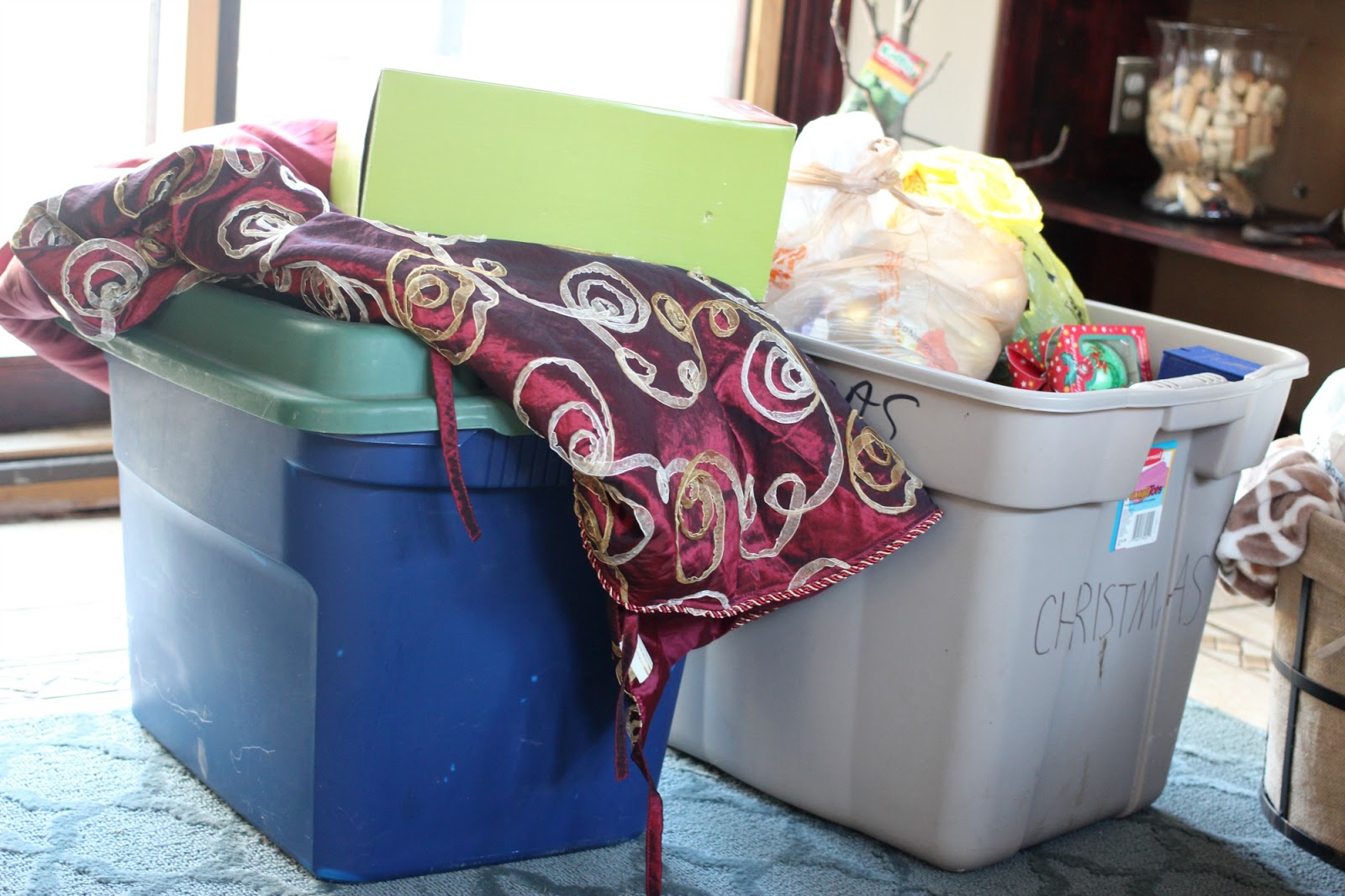 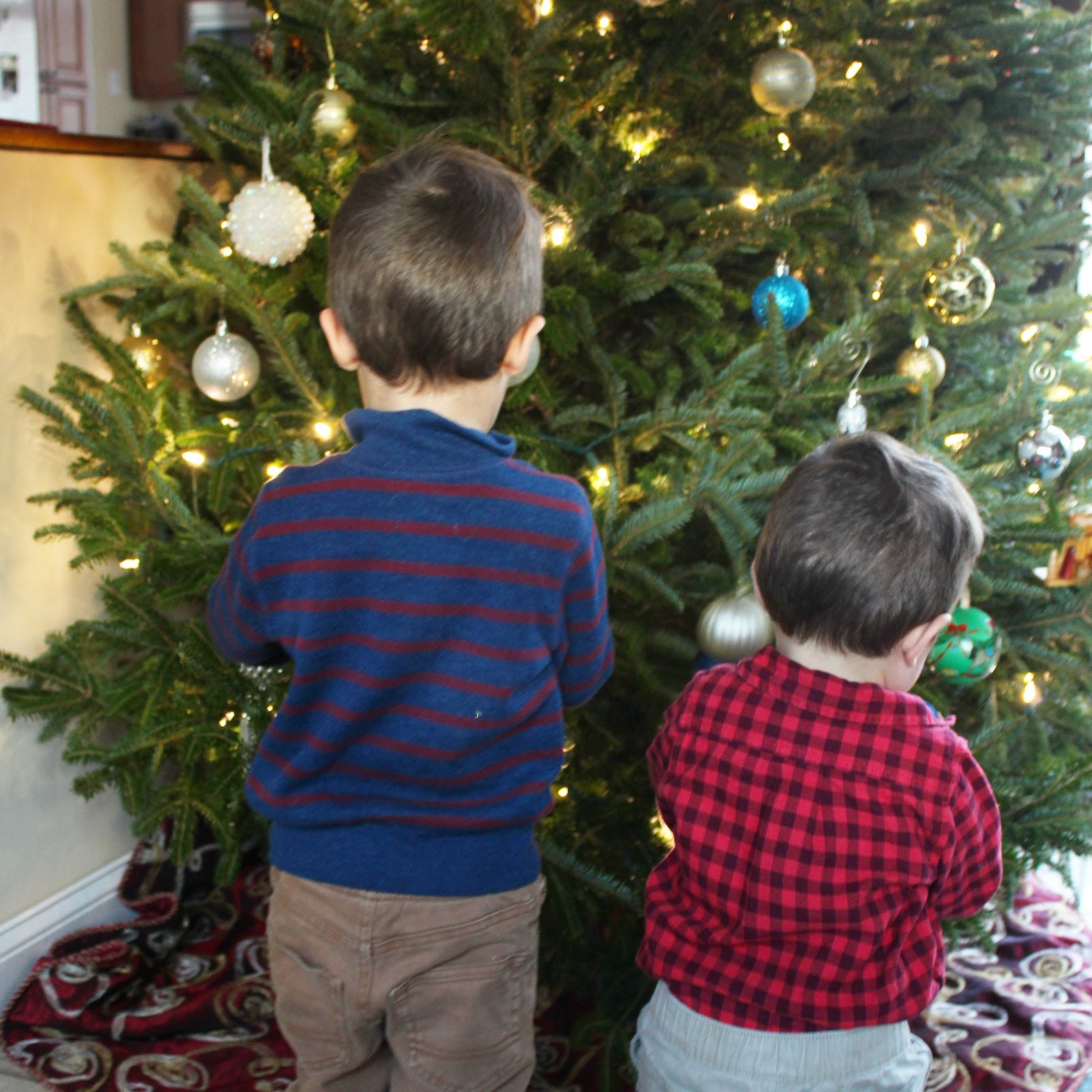 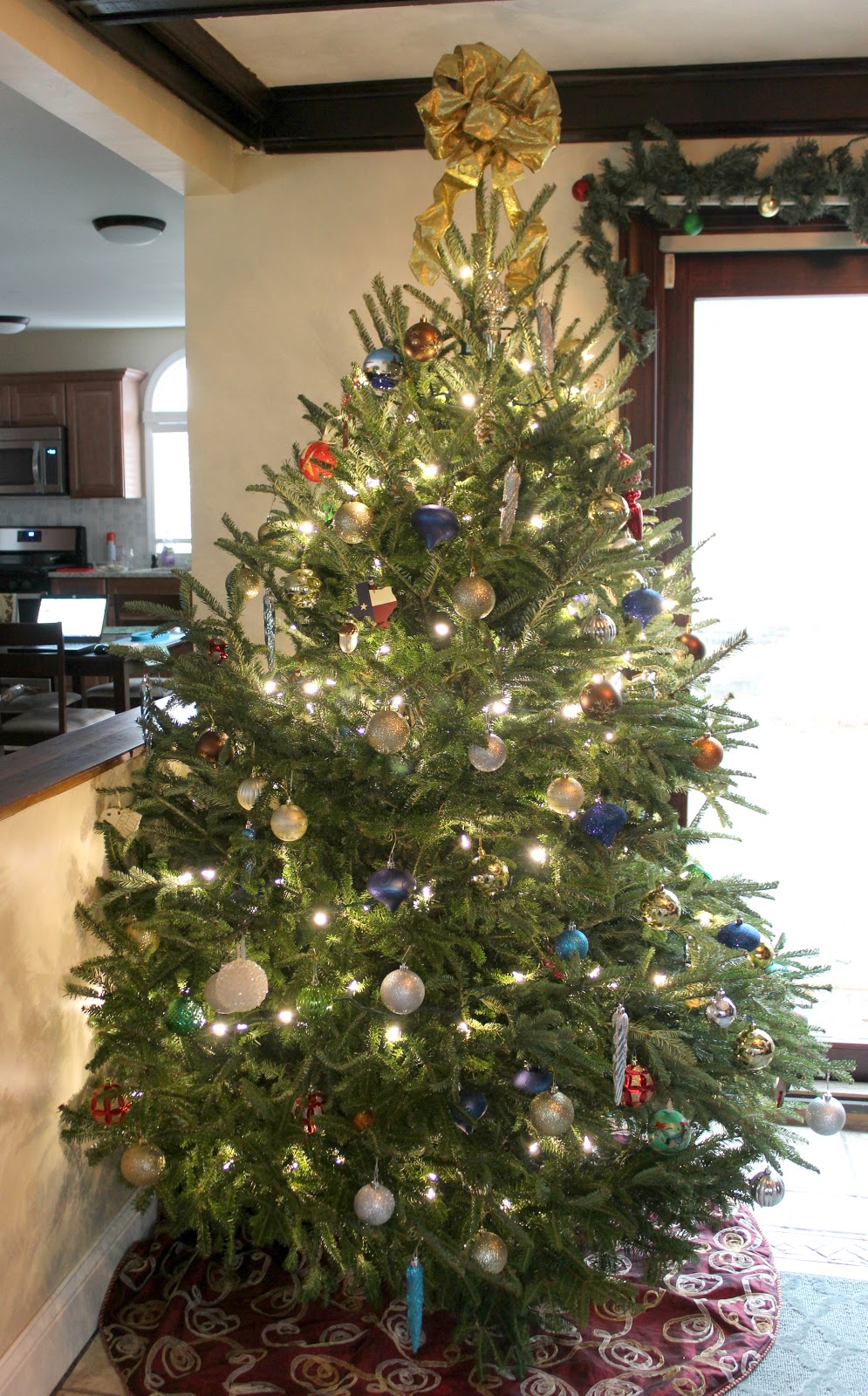 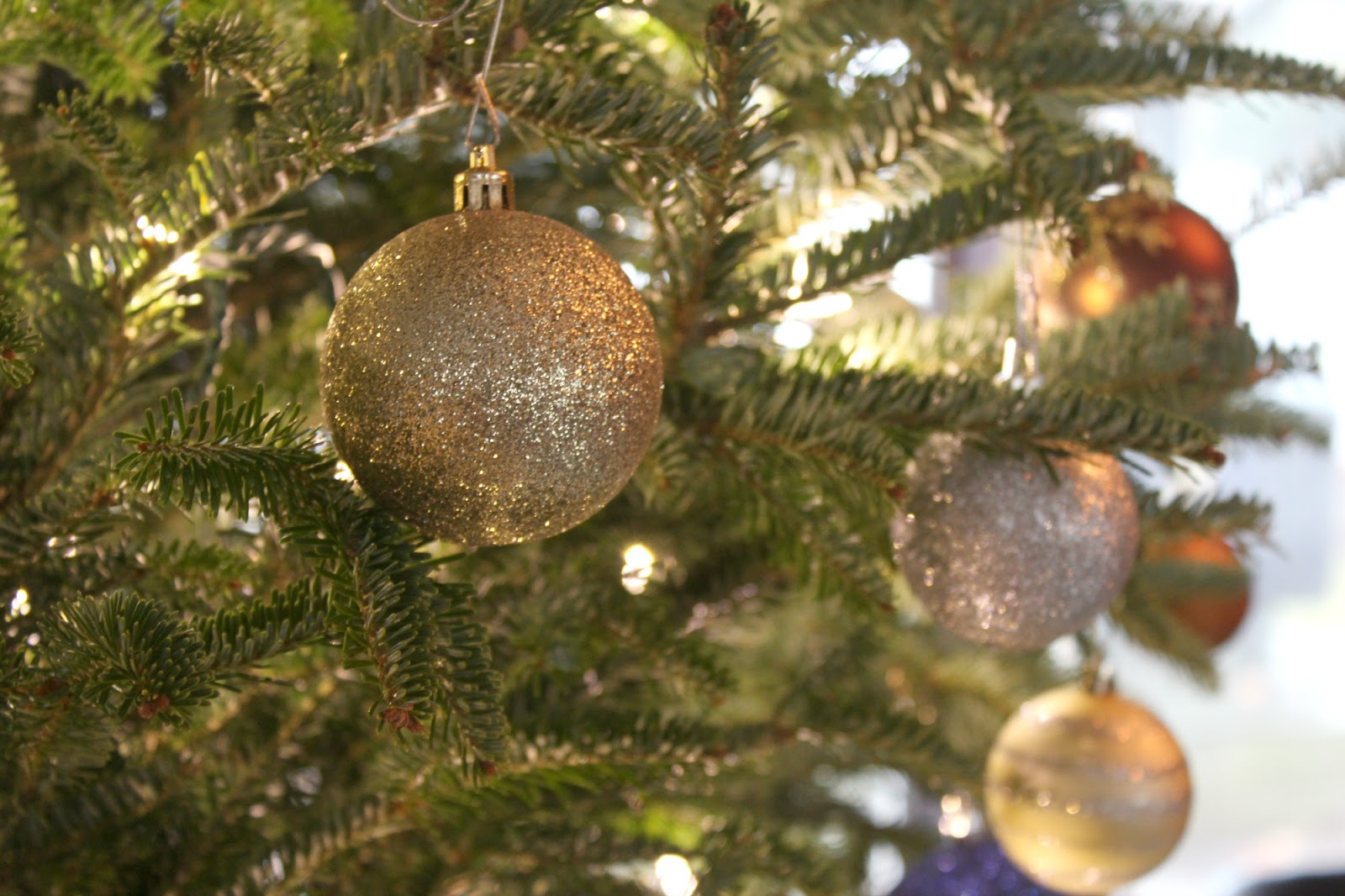 There’s just something about having a real tree in our home during the holidays. I know there’s a lot of pluses to both sides when it comes to having a real or fake one (we’ve had both) but for now, we are loving having a live tree.
Our first official Christmas tree was one that we chopped down from our yard. We knew we were going to get rid of it when we moved into our first home, so instead of cutting it down over the summer we dealt with it blocking the front door and waited until Thanksgiving weekend. It was a tall Carolina Blue Spruce that we cut off 9 feet from the top and brought into our living room as our first tree. I think that’s what sparked our love for Christmas trees and still to this day has us contemplating opening up a tree farm. That tree will always be one of my favorites even if it did bring in a spiders nest that hatched in the house (tis the season).
This year’s tree picking brought us a whole other experience when we learned A was pretty opinionated with the tree selection. You can see from the pictures we weren’t exactly on the same page. He’s pointing to one while I’m pointing to another. He even started screaming at one point no not that one, this one! After some back and forth, we finally found-the one. After that it was all smiles from there.
I’m not sure how much my little nugget was into the whole tree picking thing. I think he was more fascinated running between the trees and picking up mulch from the ground. He started making me nervous though when he kept brushing his squishy little cheeks up against all those pine branches. He wasn’t very happy with me when I swooped in and picked him up. Cue the tears and some flaying around, (wish we would have gotten that on camera but Eric came over to help me) I just had to laugh it off and distract him. From there I pretty much made goofy noises and smiled at him the whole time. Totally normal to just smile and make high pitched noises while walking up and down rows of Christmas trees, right? I mean, it is a holly jolly season after all.
When we got home we unpacked the boxes of all things Christmas decor and strung the tree with lights. We decided to wait awhile to let some of the branches fall and tackled decorating the tree the next day. The nuggets wanted to be my big helpers but boy was that an experience. Three broken ornaments later, two meltdowns (and a partridge in a pear tree), and a huge cluster of ornaments right in front where they could reach. We ended up waiting for the boys to go to sleep and then spent the night rearranging the ornaments.
I think, well more like now I know, I under estimated decorating with two kids. I love the tradition of getting everything set up on Thanksgiving weekend but I think next year I need to start a little earlier so that we can actually have it done by then. But for now we managed, and were enjoying all the warm, cozy, festive feels.

Gearing Up For a Good Time-Robot Party