END_OF_DOCUMENT_TOKEN_TO_BE_REPLACED
Happy Friday, friends! This was an interesting week for me and really opened my eyes to a whole new appreciation. An appreciation for single parents. Eric has been away in London for work so I’ve been holding down the fort with the nuggets. I’ve been with them by myself plenty of times before because he usually has a few big trips a year where he’s off somewhere in Europe. I’m telling you, one of these trips I’m finding a way to tag along. This time around with my nuggets it was a little different. They’re both very active, and a handful, and this momma is tired.
Here’s a look at some of my favorites from the week…
1. Little helpers: as much as my nuggets can be a handful, overall they were really good this week and were my little helpers. We had some unusual weather going on over here where the beginning of the week had snow and then by midweek it was melted and we were up around the 60’s.
Funny thing, I always used to think people (more like adults) were weird for talking about the weather so much. I’m referring to back in the day when I was younger and I had more important things to discuss, like Hanson or who was dying their hair. I mean, it’s the weather. You can’t control it, you go outside and see what it’s like, and that’s it. Well isn’t it funny the older I get the more the weather seems to be a topic. Now I’m probably one of those weirdo adults to the younger generation. 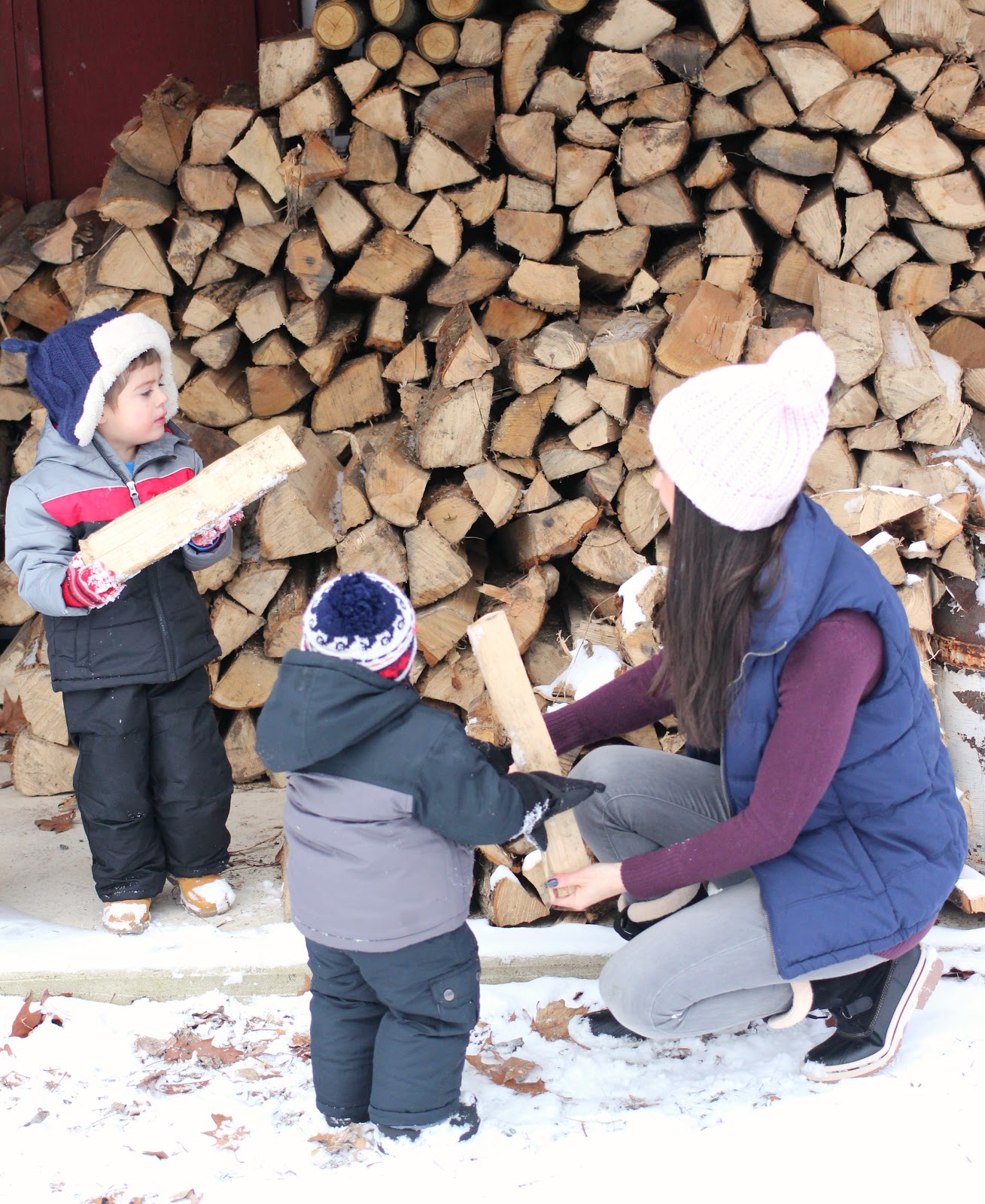 2. Sledding…not so much: you might have seen some of these pictures on my instagram, but our sledding plans (or lack thereof) didn’t exactly go as we hoped for. Eric was over at one of our other properties getting things ready before his trip, and I was home with the boy who were really excited about the snow. They kept asking to go sledding and use our new snow tube so I promised them we would go. Once Eric got home we suited up to venture out in the cold. Boy was that a process. We heard it all, snow boots were too tight, their hat was itchy, one of their gloves had a scratchy tag. Oy vey!

Once we got over the debacle of bundling up, we loaded them in the car to go sledding. We stopped by two hills we had in mind but both of them had signs up that said no sledding allowed. Instead, we decided to just head home and pull them around in the backyard. Well that lasted all of but one lap before both nuggets toppled out and little nugget ended up with a bump on his head and a cut under his eye. The snow tube made its way back into the house and they enjoyed watching a movie in “the big tube”. 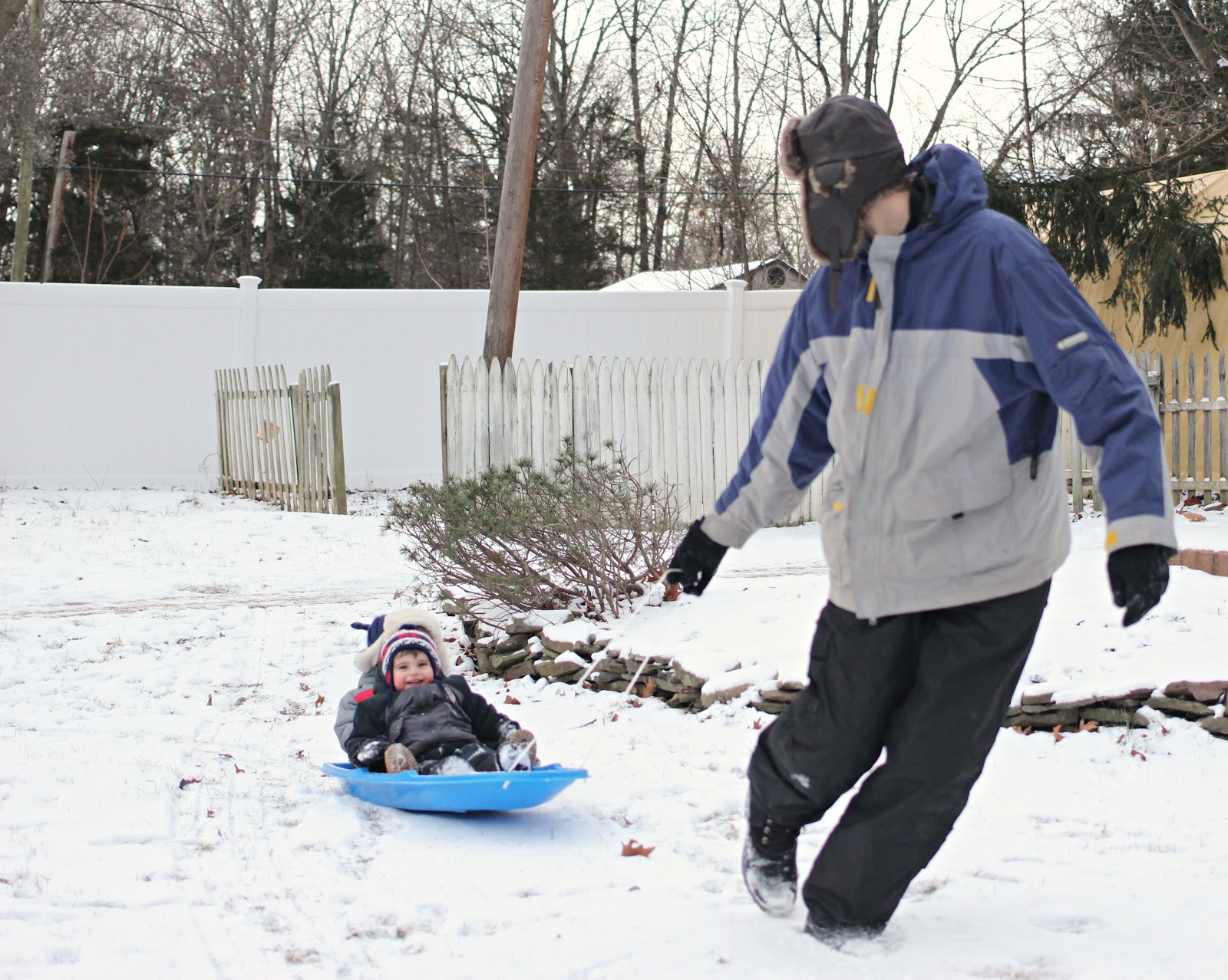 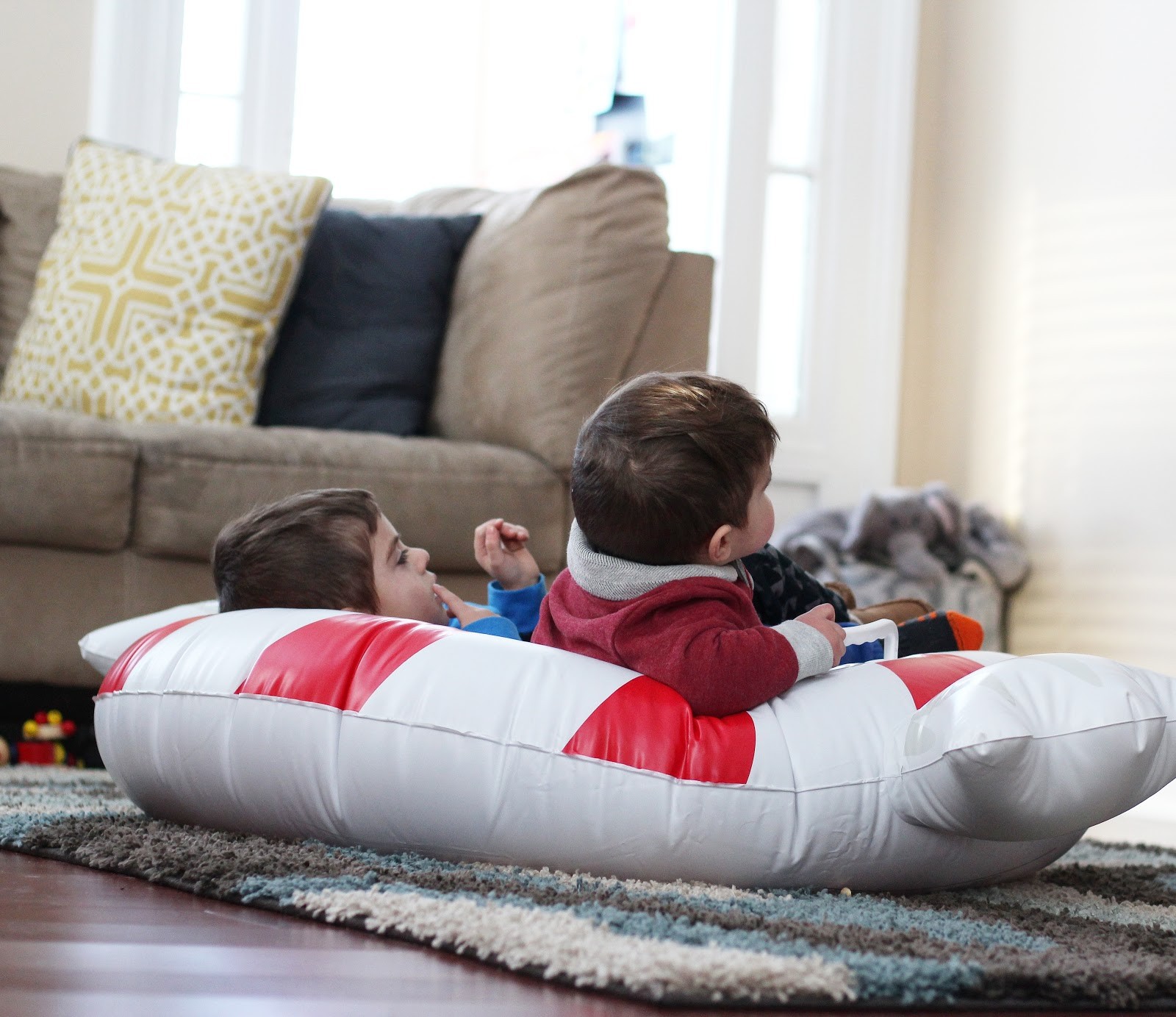 3. Office decor: I did get a chance to do some errands during my lunch break (thank God for lunch breaks) this week and came across some cute stuff to brighten up my office. I always feel more productive in a fun inviting environment and since my Christmas decorations came down, I just felt like I needed a little pick me up. I’m loving {these} office supplies I got in these adorable corked jars. A little bit of green always adds to a space, and who doesn’t enjoy some inspirational art?! 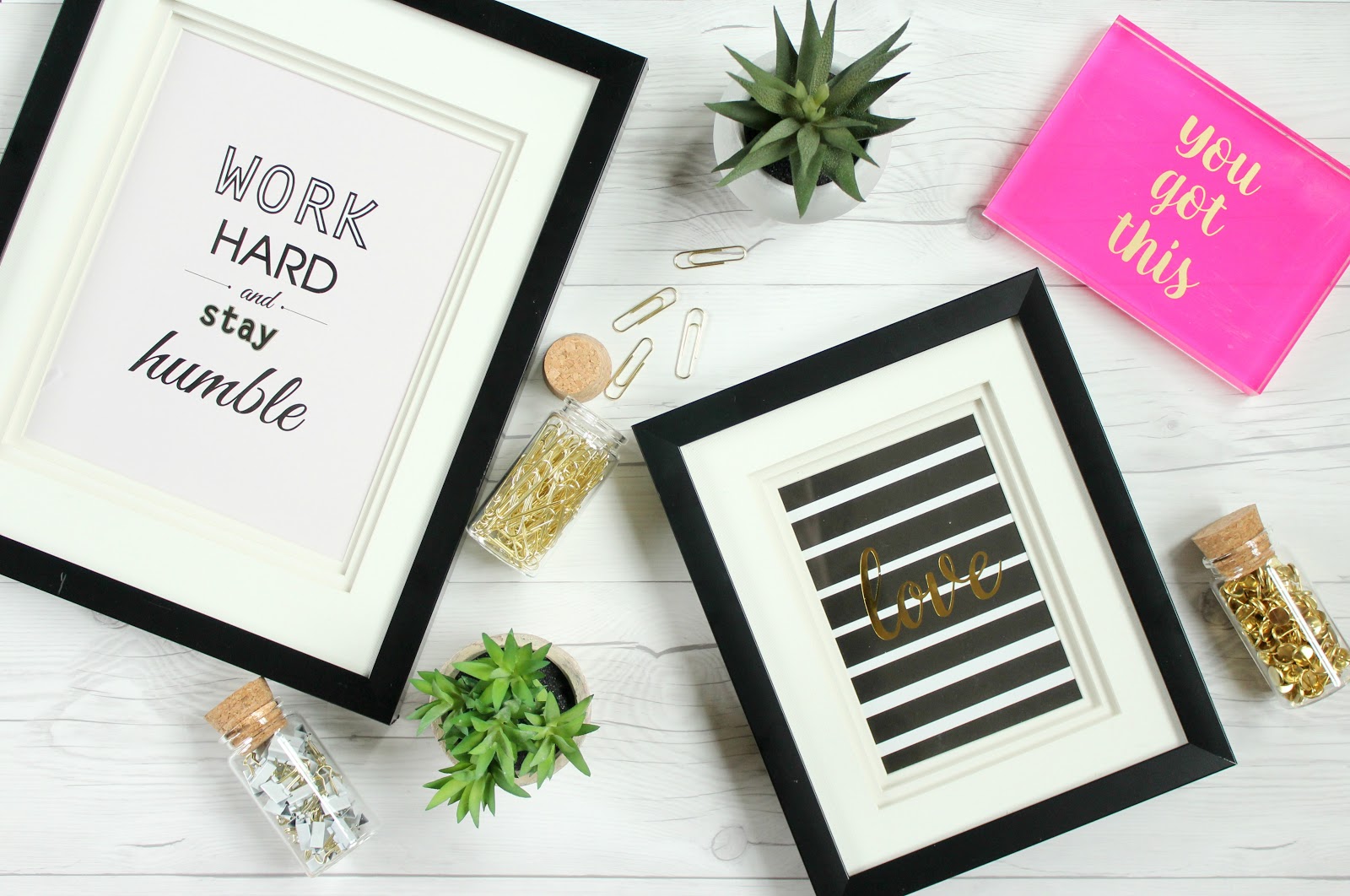 4. Team building: since Eric and I are a part of the student ministries team at our church, we attended a workshop to kick off the new year. They had some interesting team building activities that really tested your communication and listening skills. This odd looking party pumpkin thing over here was what each of us in our group had to discribe to one person, who was the drawer, and make sure we didn’t use certain trigger words that were on a no no list. I think we did well with that one.

Then, this lego contraption over here was so hard to do. Each person had 30 seconds to run up and look at a formation. Next, they had to come back and tell the team how to construct it. The person who just went up and looked at the lego thing wasn’t allowed to touch any of the pieces and could only communicate the colors, shapes, and where each block should go (is your head spinning yet). Each person from the team got 30 seconds to run up and look but every time someone came back their interpretation seemed different than the person before. We did question if they were switching up the formation on us, but apparently it was consistent throughout. 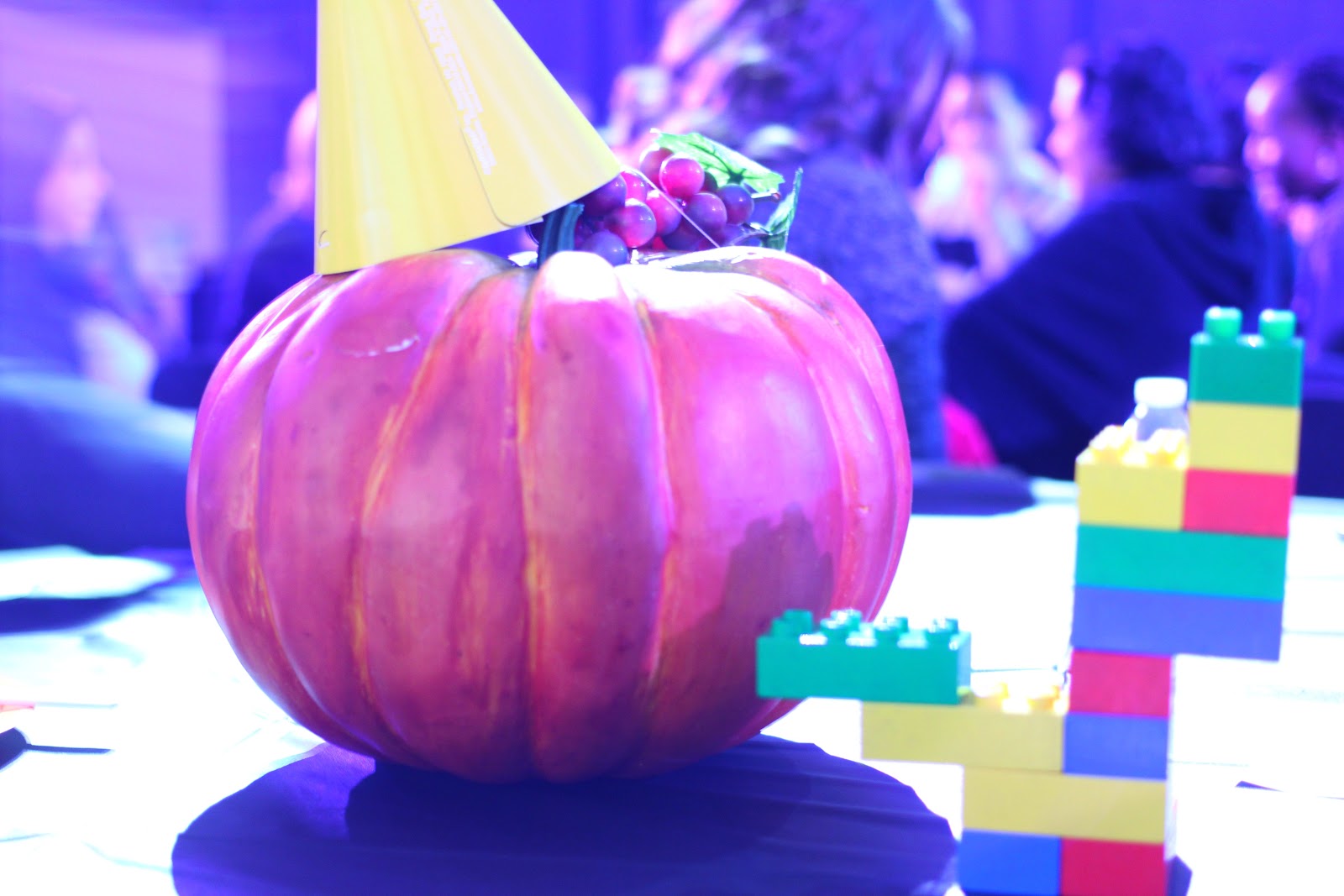 5: My mom’s bday: it’s no surprise around here that any reason to set out some decorations and have a celebration–I’m all over it. Plus the nuggets always enjoy an excuse to put on party hats. My mom ‘s birthday was yesterday so of course that calls for cake and party hats. She had fun which was the important part and anything that involves the nuggets just makes her melt. 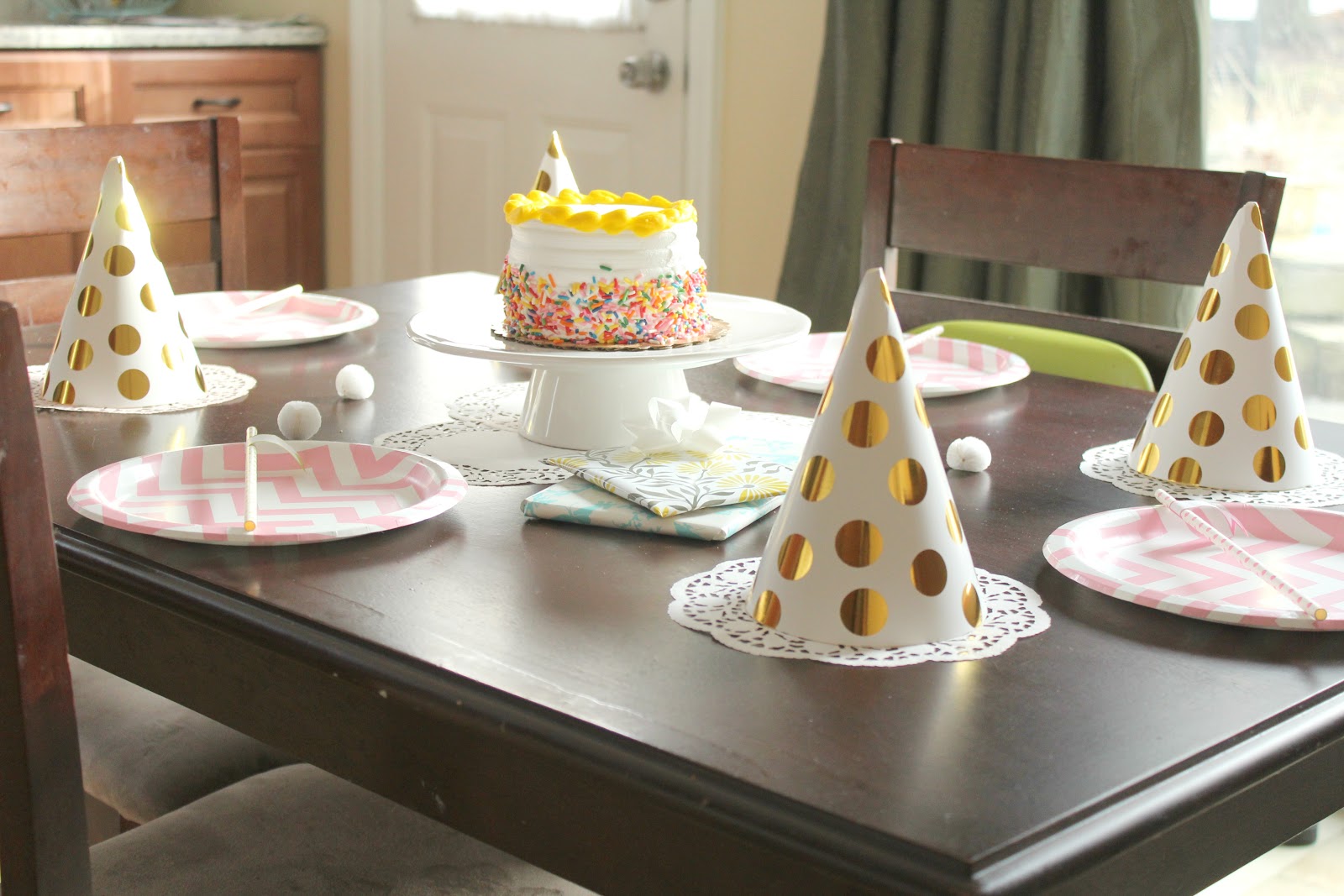 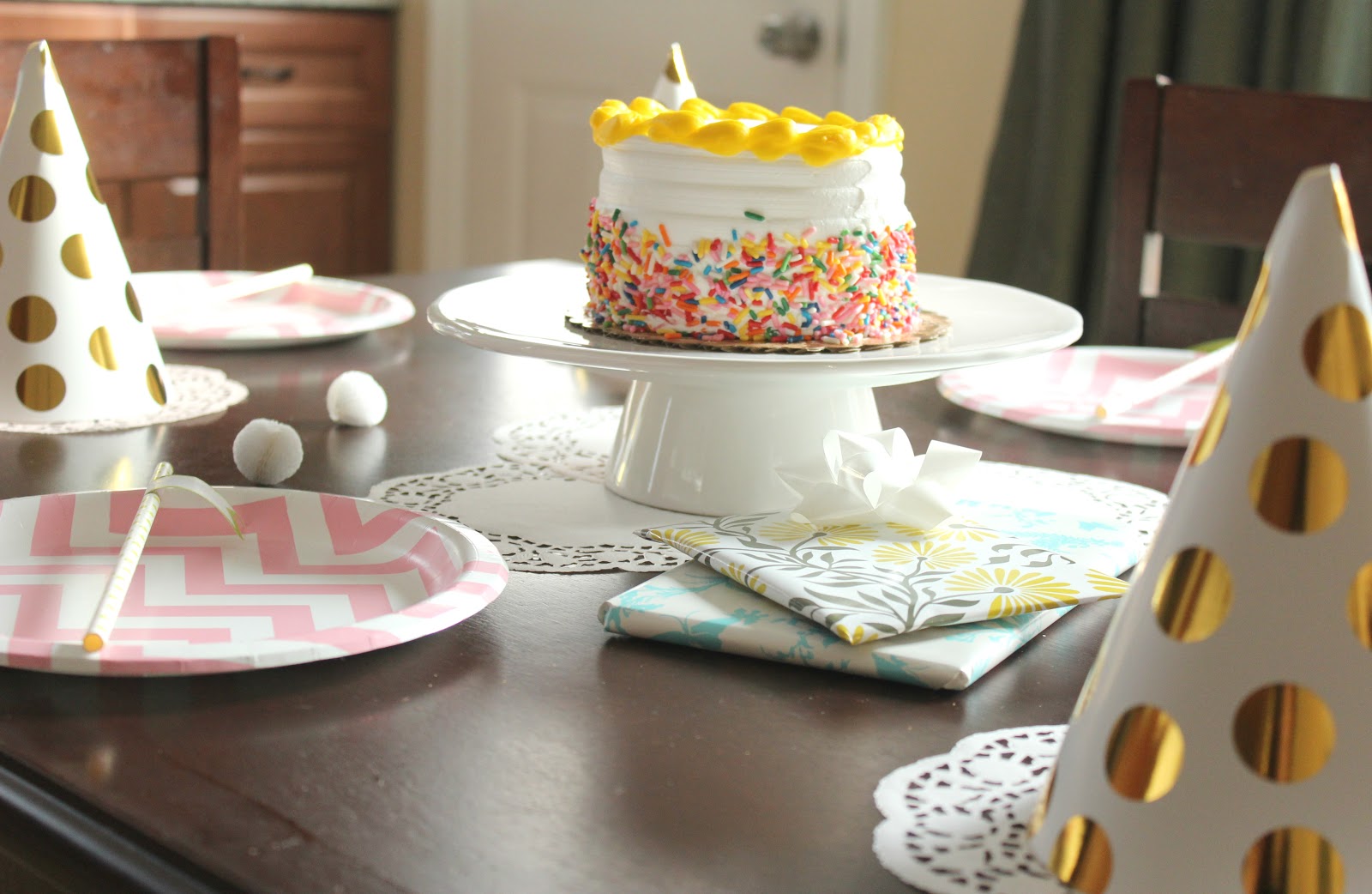 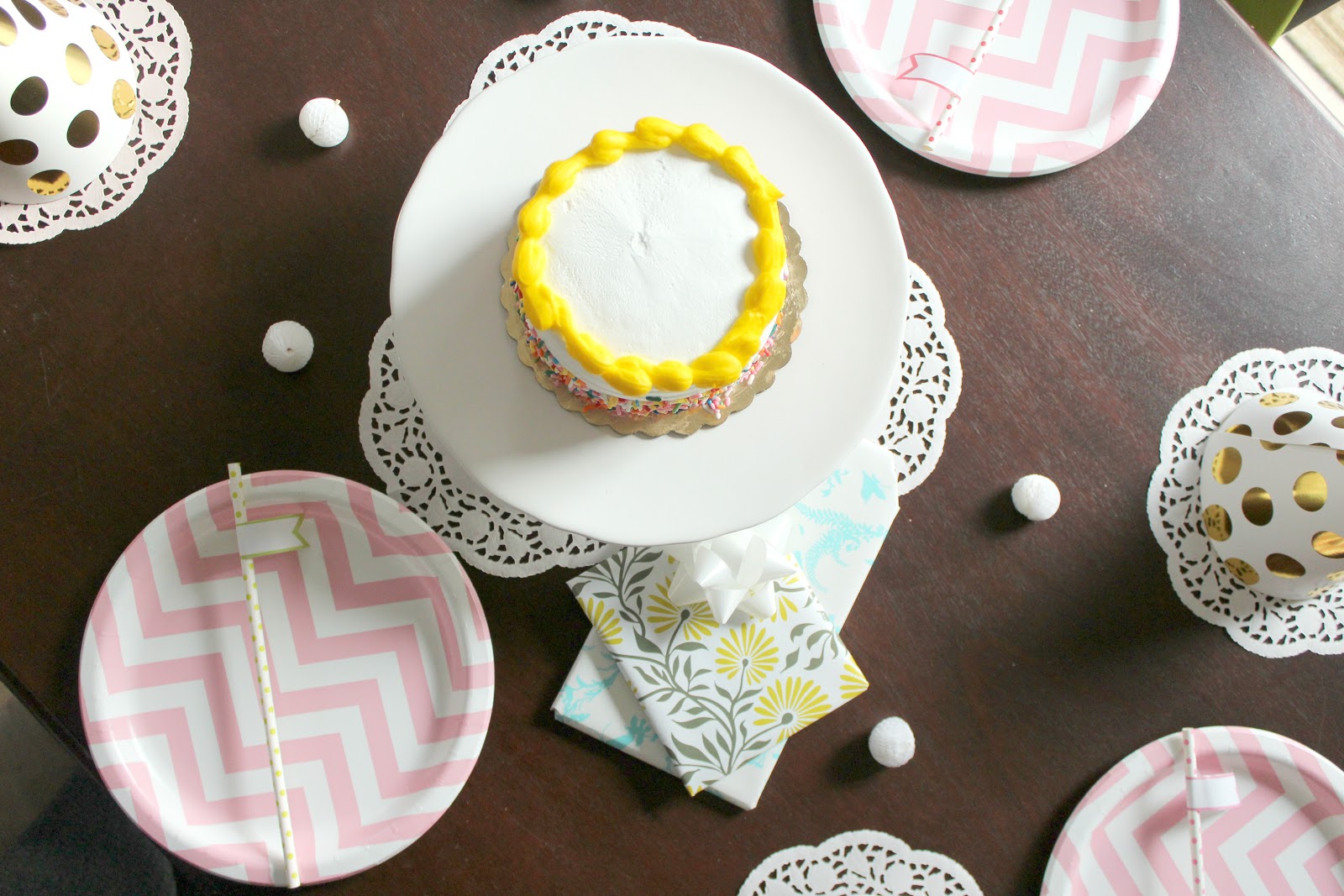 I hope everyone has a fabulous weekend! Check out where I’m linking and be sure to join in on all the fun.