END_OF_DOCUMENT_TOKEN_TO_BE_REPLACED
I hope everyone had a great weekend! They always go by so quick, don’t they? I mentioned I was going to be sharing several posts about our most recent trip to Curacao so I figured I would start with some highlights and adventures from our resort.
It’s really hard to have a bad day on an island when you’re surrounded by your family, beautiful water, and warm sunshine.
Since the island is Dutch owned when we arrived they were celebrating King’s Day. Everyone was wearing orange and the town of Willemstad, which is their capital, was having a huge celebration. Unfortunately we didn’t make it over to the city to experience it since the boys were tired from traveling. We decided to just hang out at our resort and hit the beach.
We stayed at the Sunscape Curacao which was an all inclusive resort. It’s one of the few all inclusives on this island. For us, staying at an all inclusive with the kids is just so much easier. I also find myself way more relaxed when I know my cost of food and drinks are included and I don’t have to plan a budget for that.
The resort was very nice and had some of the friendliest staff we have ever encountered out of all of our trips we’ve taken. They were seriously so nice! The beach was beautiful and the rock wall made it a great spot for some snorkeling. The fish were so beautiful and the nuggets loved seeing them swim up around us. 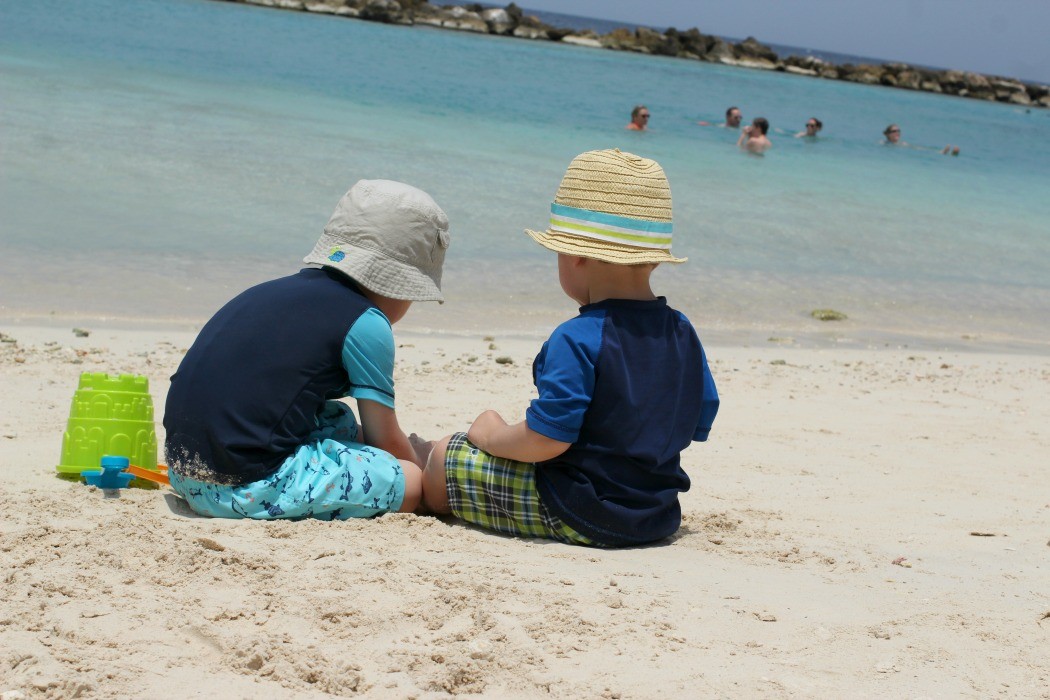 Majority of my days had a view like this watching the nuggets play in the sand. They sat here for hours with their buckets and shovels. My heart just melted watching them play together and make special little memories together. 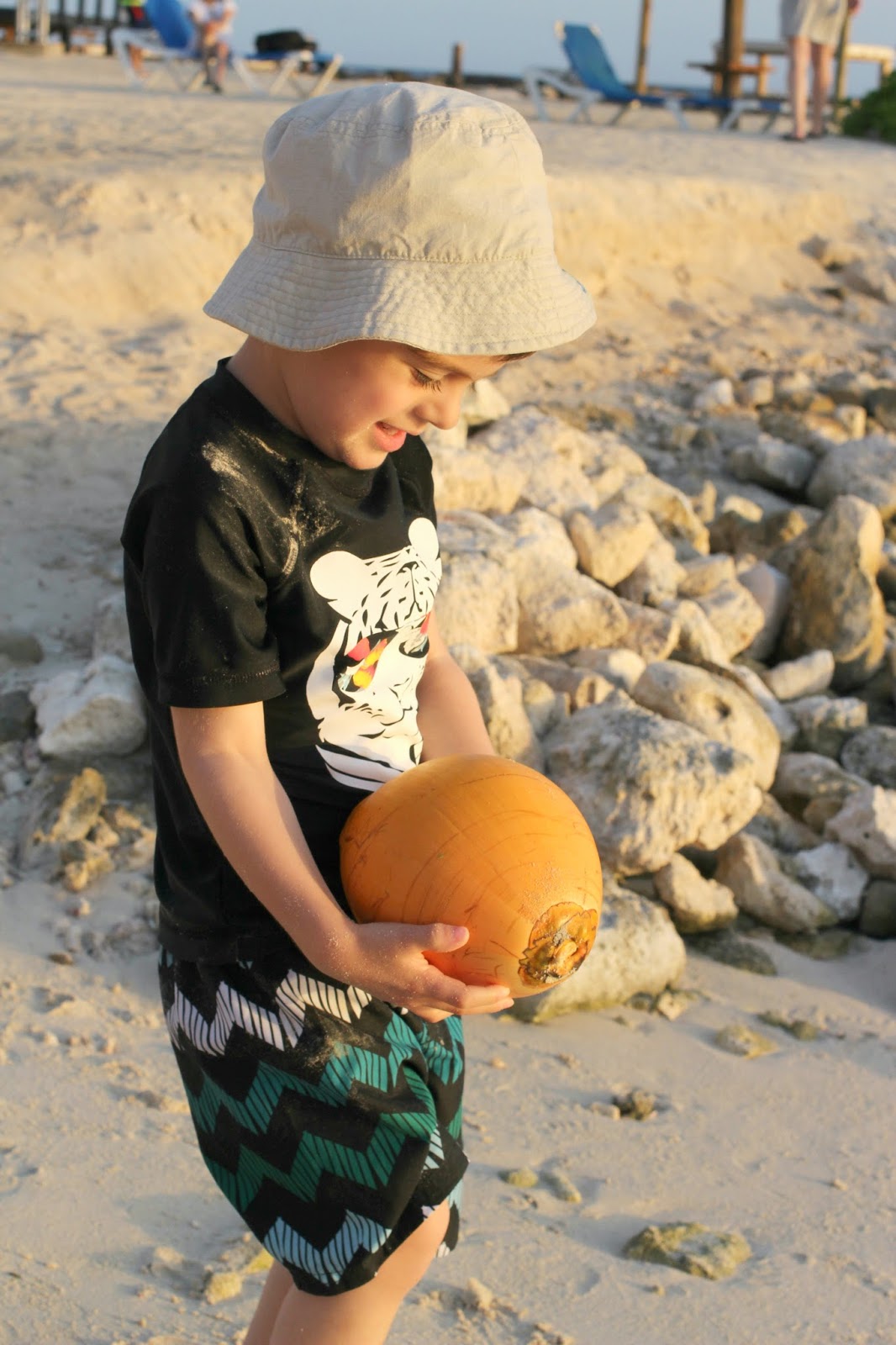 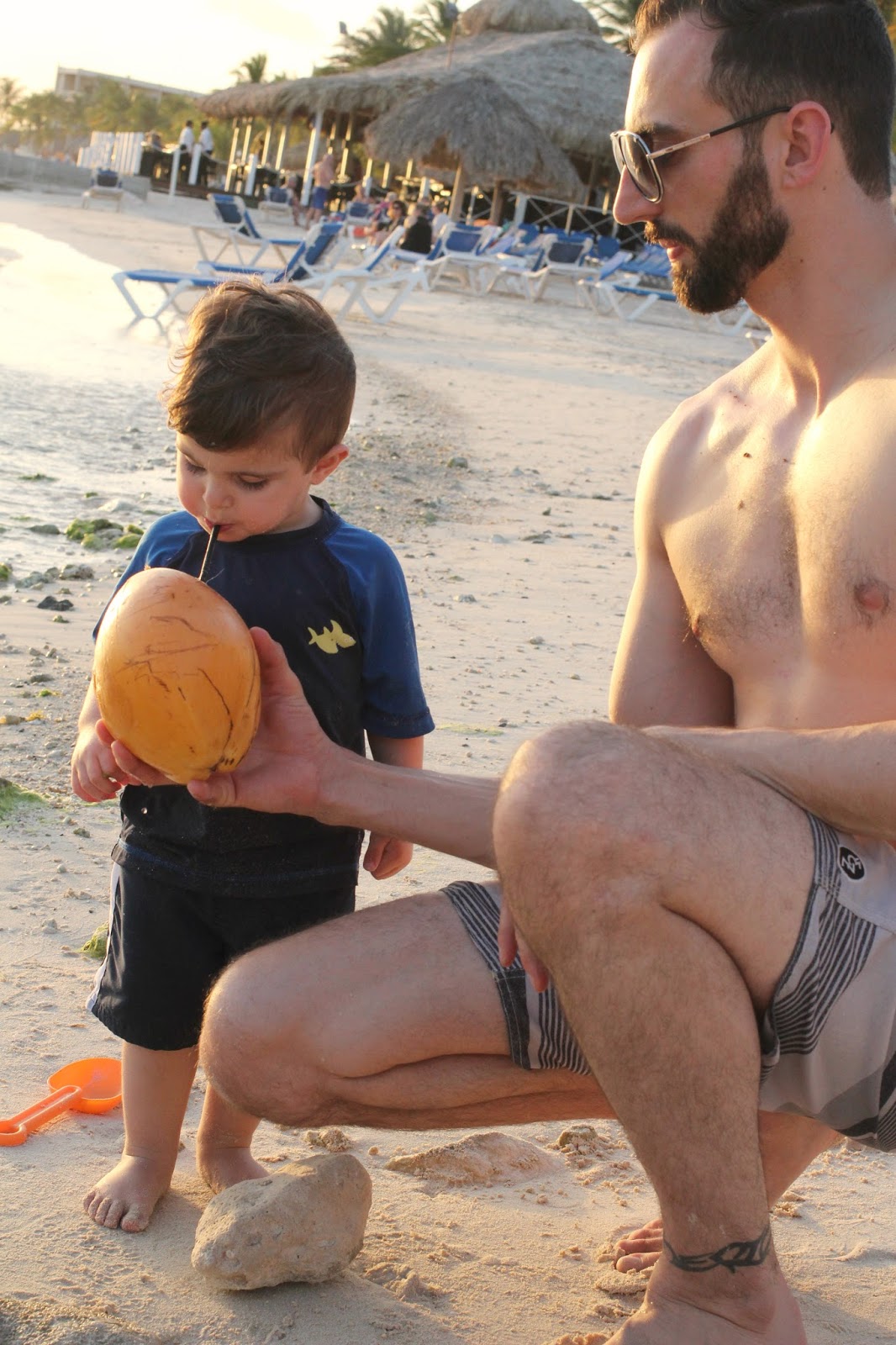 When your Dad is over six feet tall and can reach coconuts down from trees—he’s basically the coolest Dad ever. I’ll share more about some coconut adventures in a future post but for now these were too cute not to share. 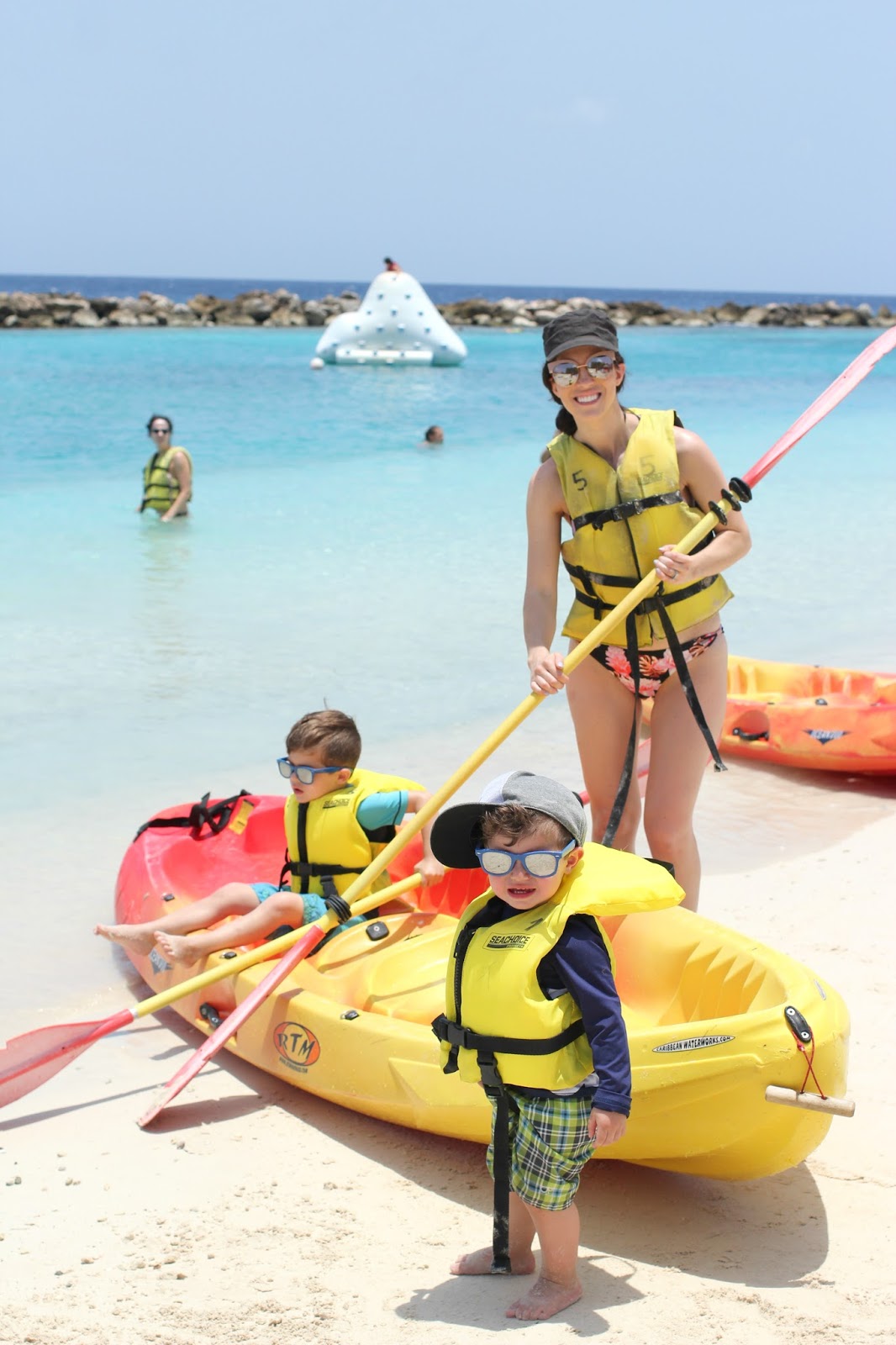 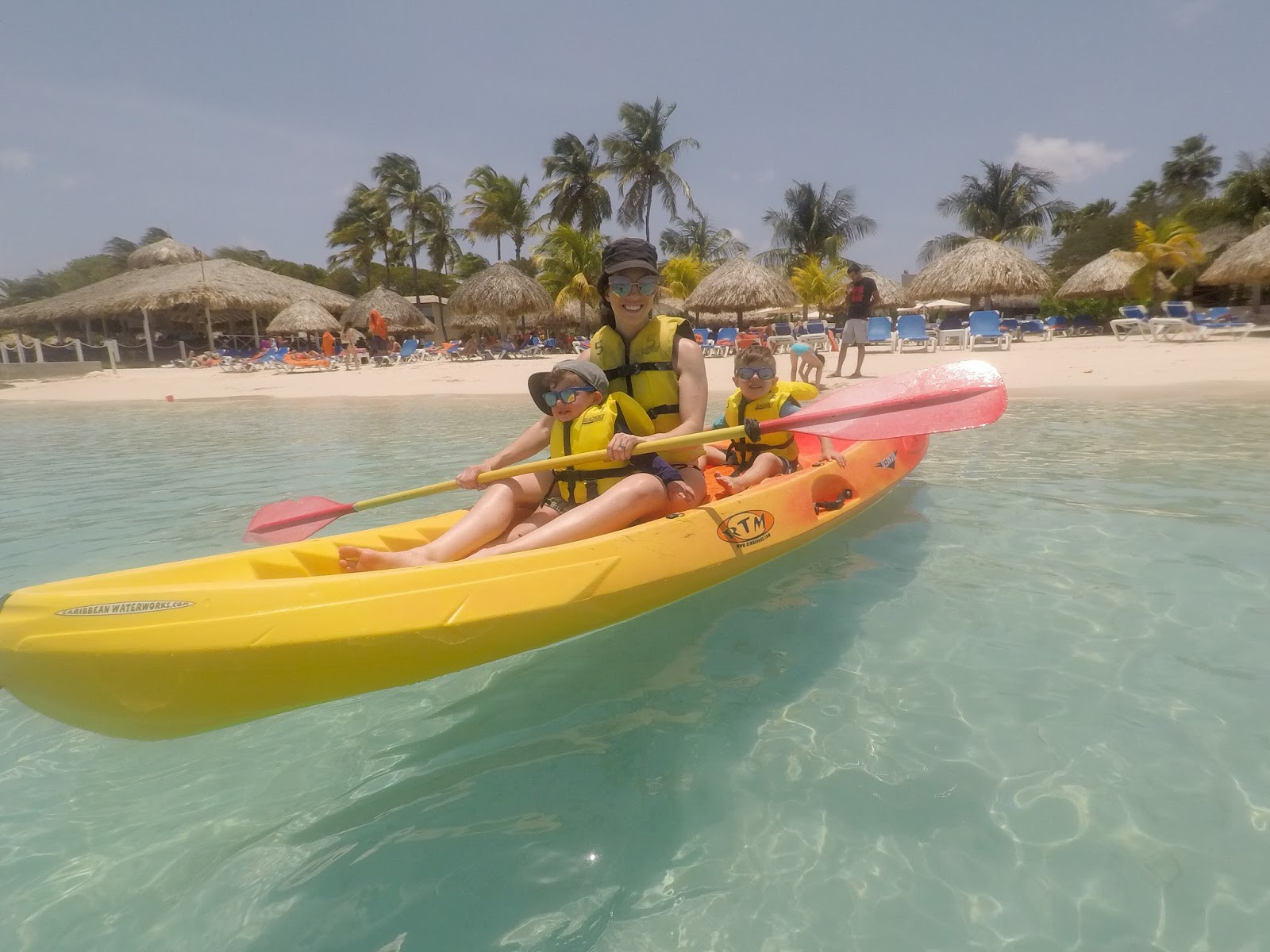 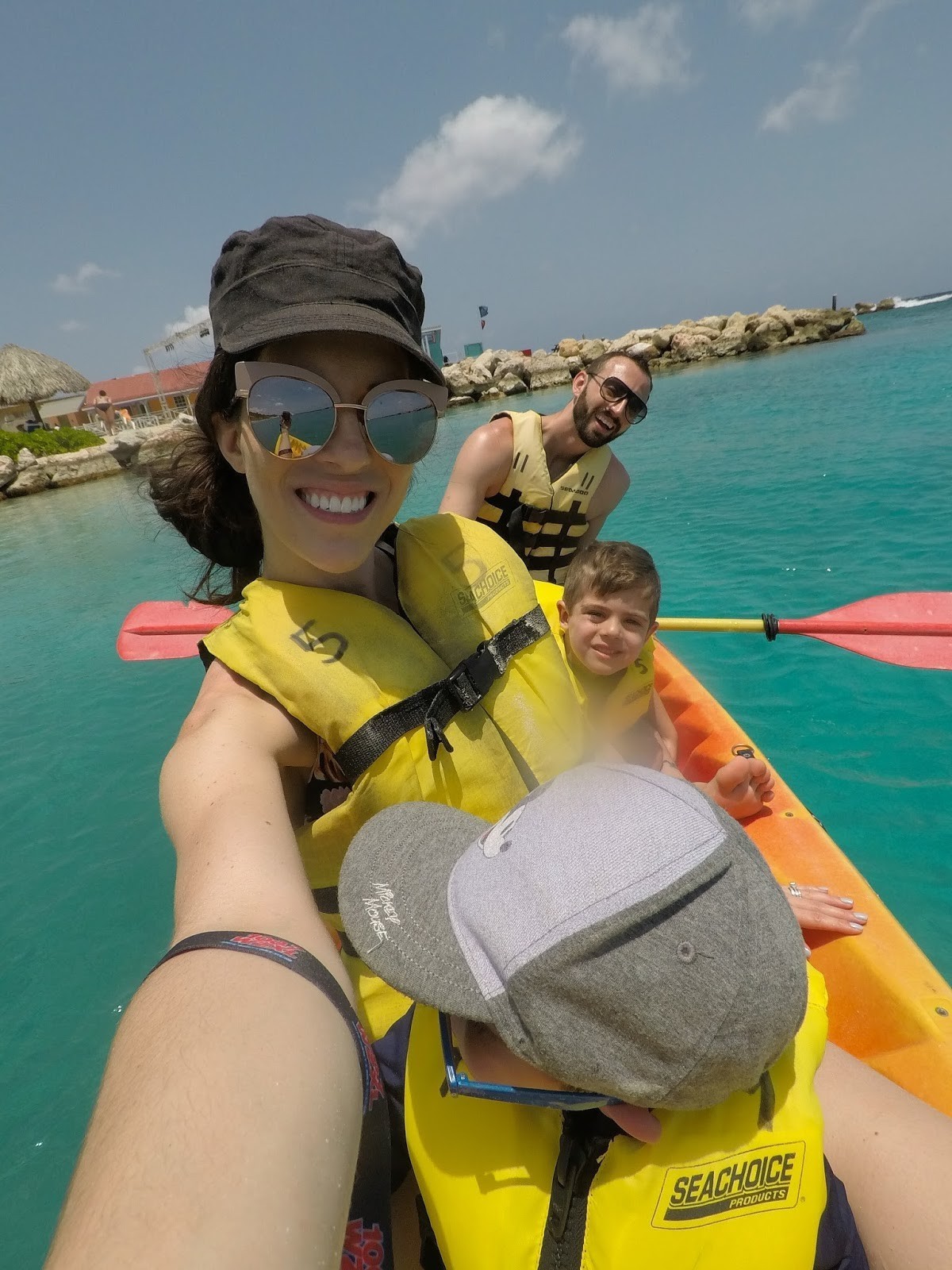 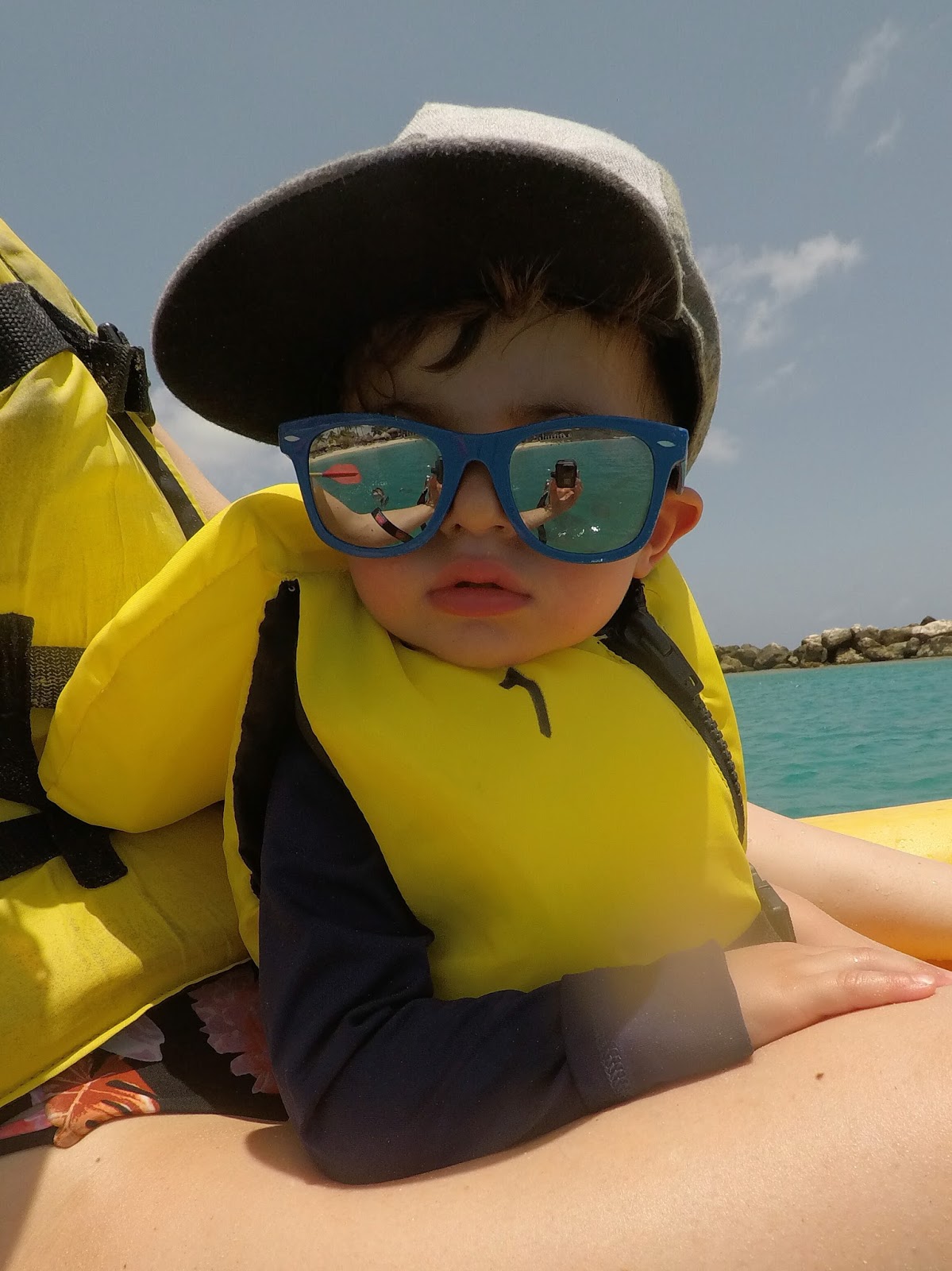 We went out for a family kayaking ride and it was so great to be out on the water. I am also happy to say that we did not tip over, so I consider that a huge success. 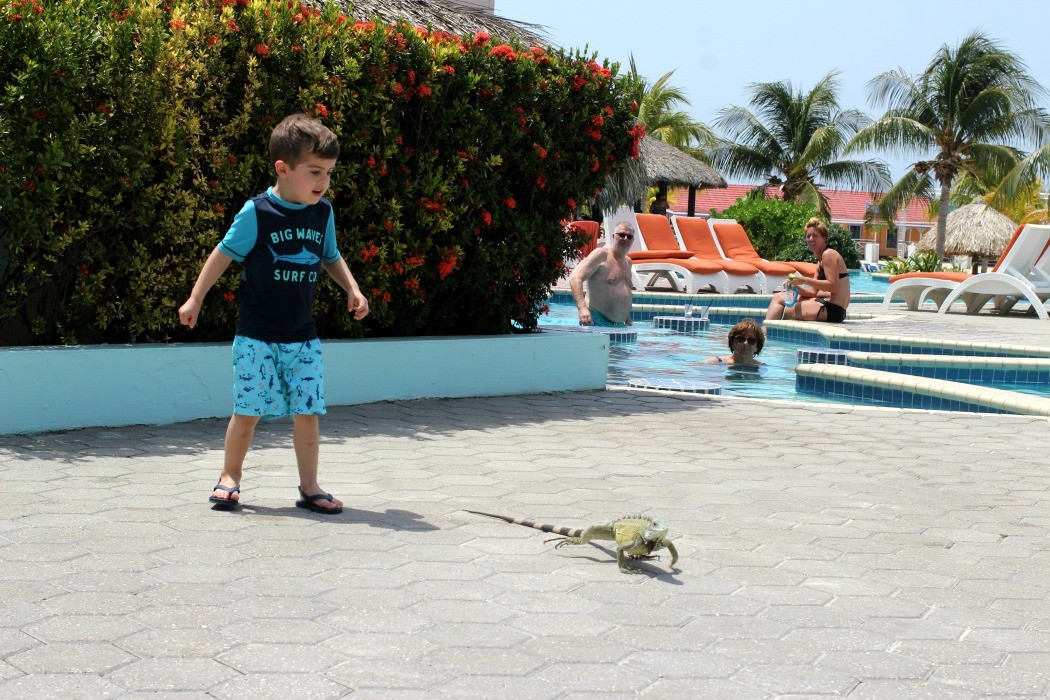 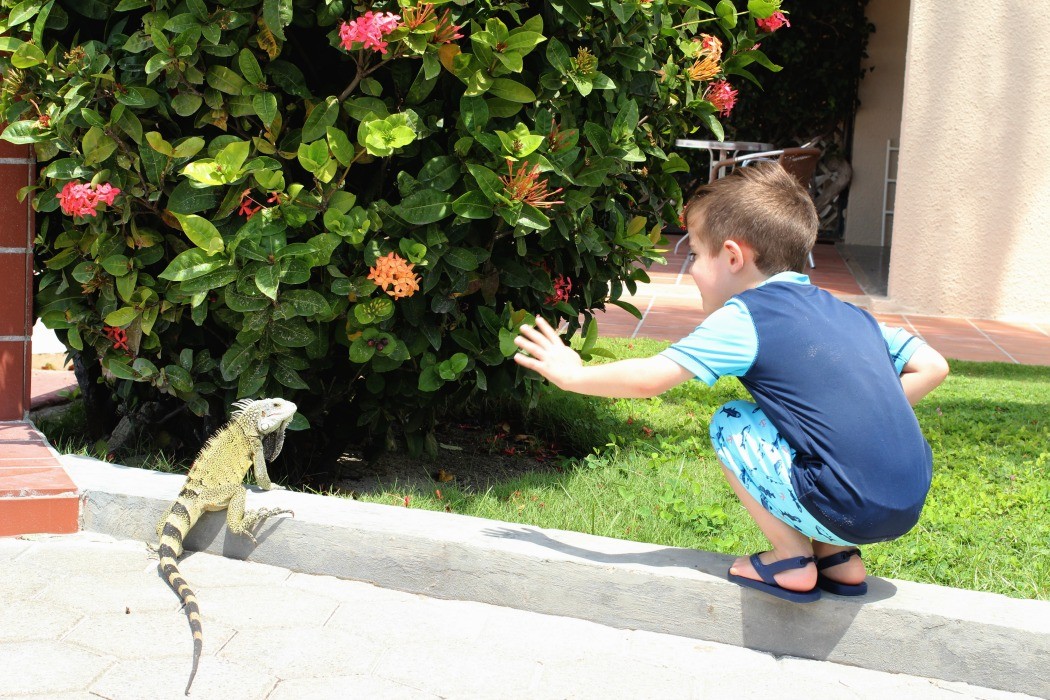 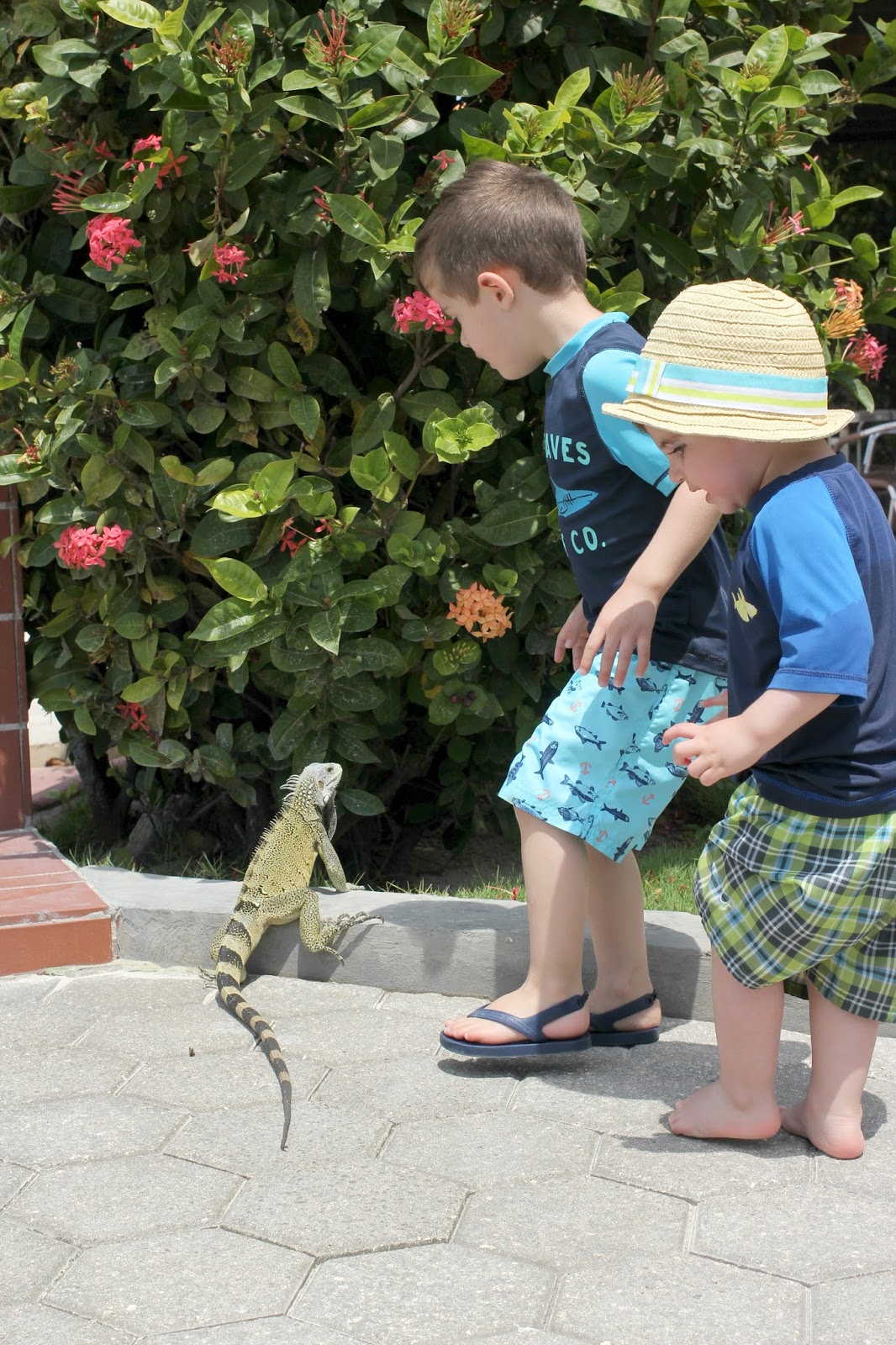 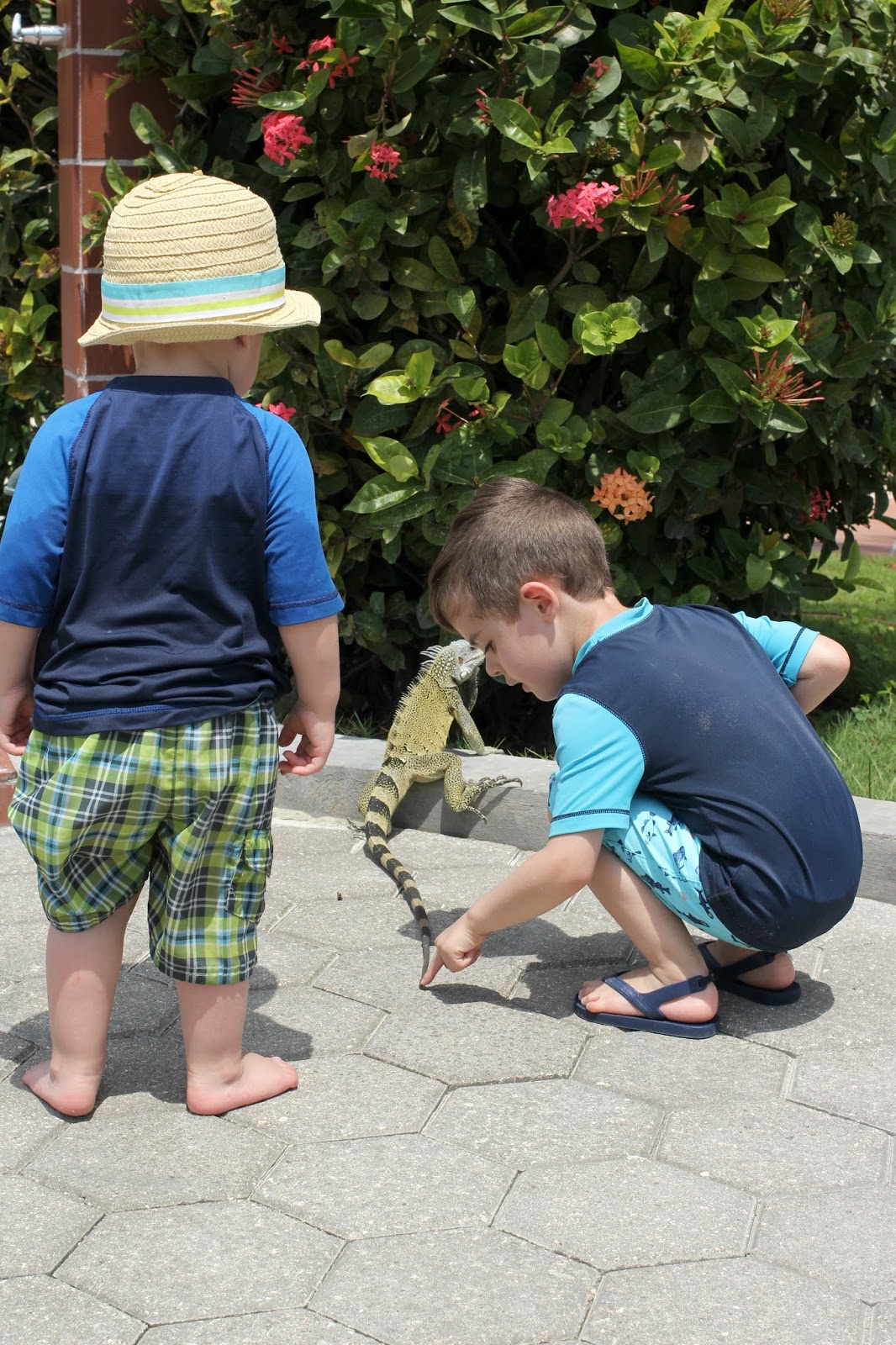 The nuggets were loving all of the iguanas and wildlife around the resort. At one point I turned around and they had their heads stuffed in a bush trying to catch one. These iguanas must have been very familiar with people because of course my little guys were just too curious and had to try and touch one. They succeeded, and we quickly went and washed their hands. I think they would have actually caught one if we didn’t hold them back. 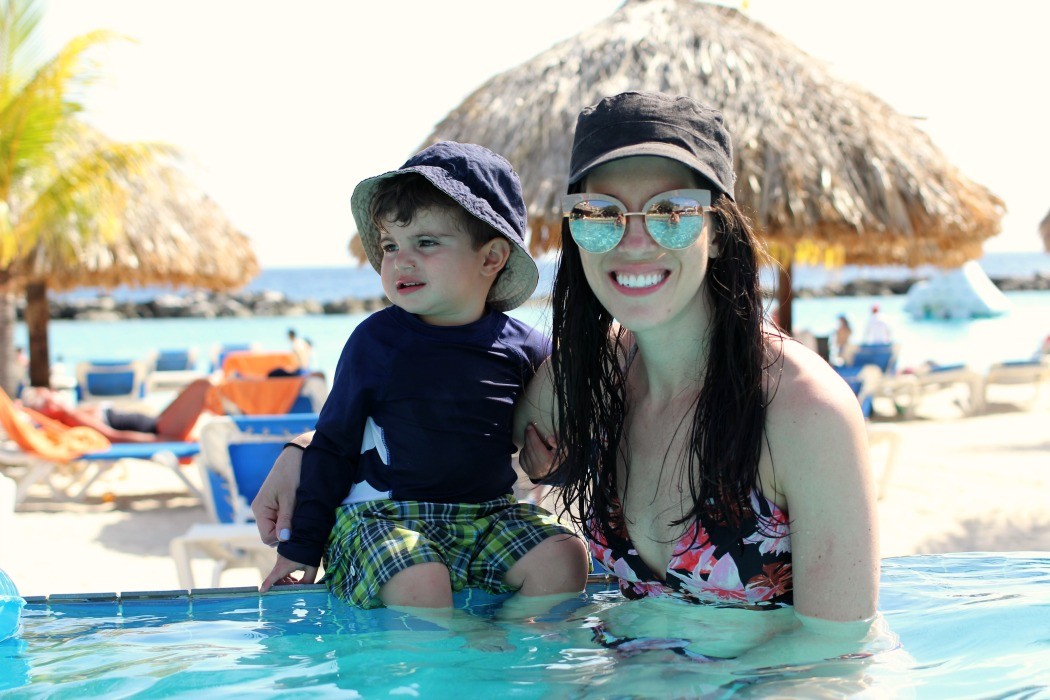 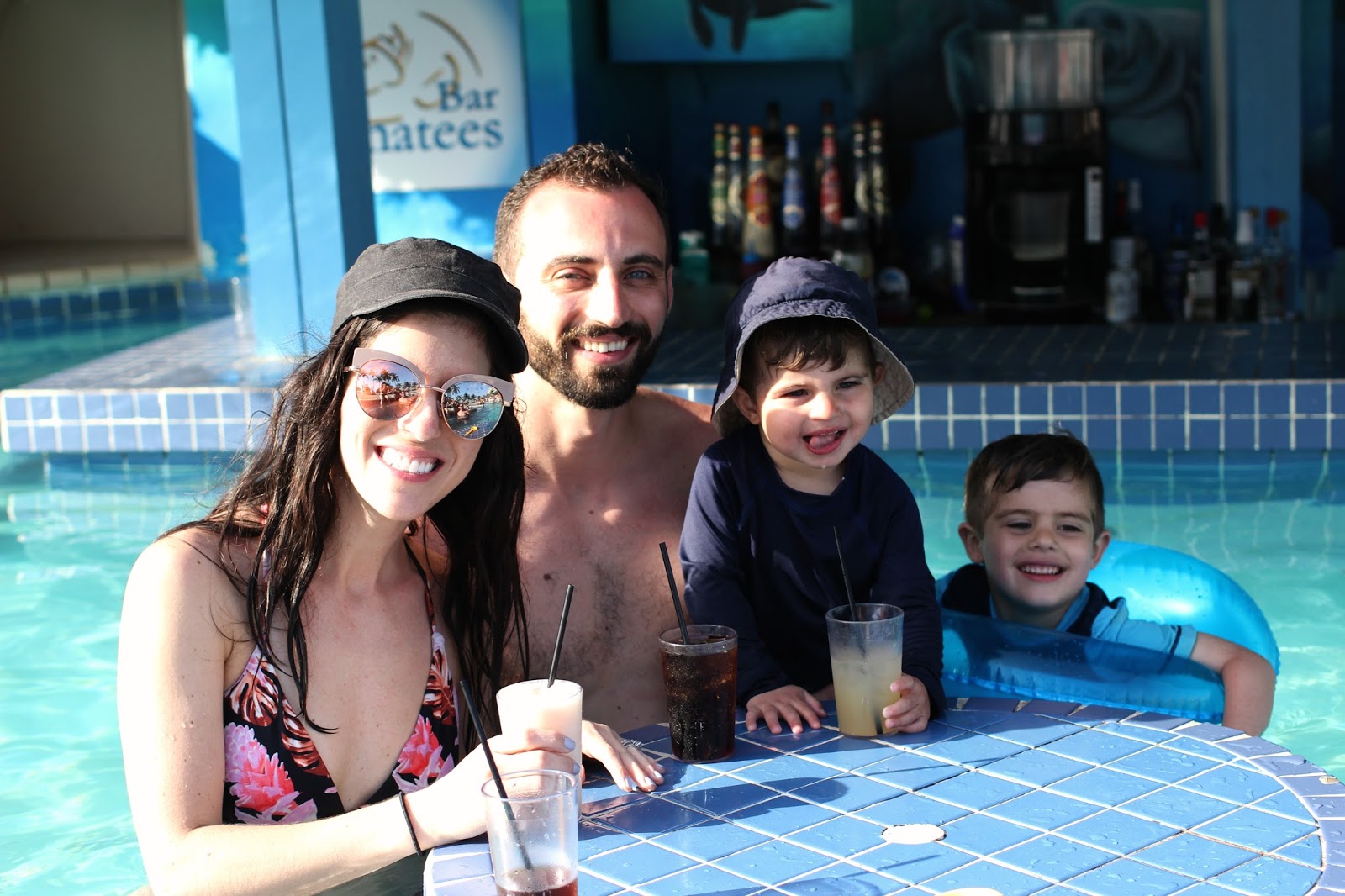 We spent some of our days in the pool and the boys enjoyed going up to “the menu” (A gave the bar that name on our Dominican trip). They loved ordering a pineapple juice and doing a family cheers. I heard this hacking and spitting sound at one point and looked over to see A spitting in the water and sticking his tongue out, I asked him what was wrong? Wellll, he must have snuck a sip of my drink when I turned my back. He said it was spicy. Let’s just say he was no longer curious about tasting our spicy drinks and even told little nugget, don’t even try and drink that, it’s disgusting. 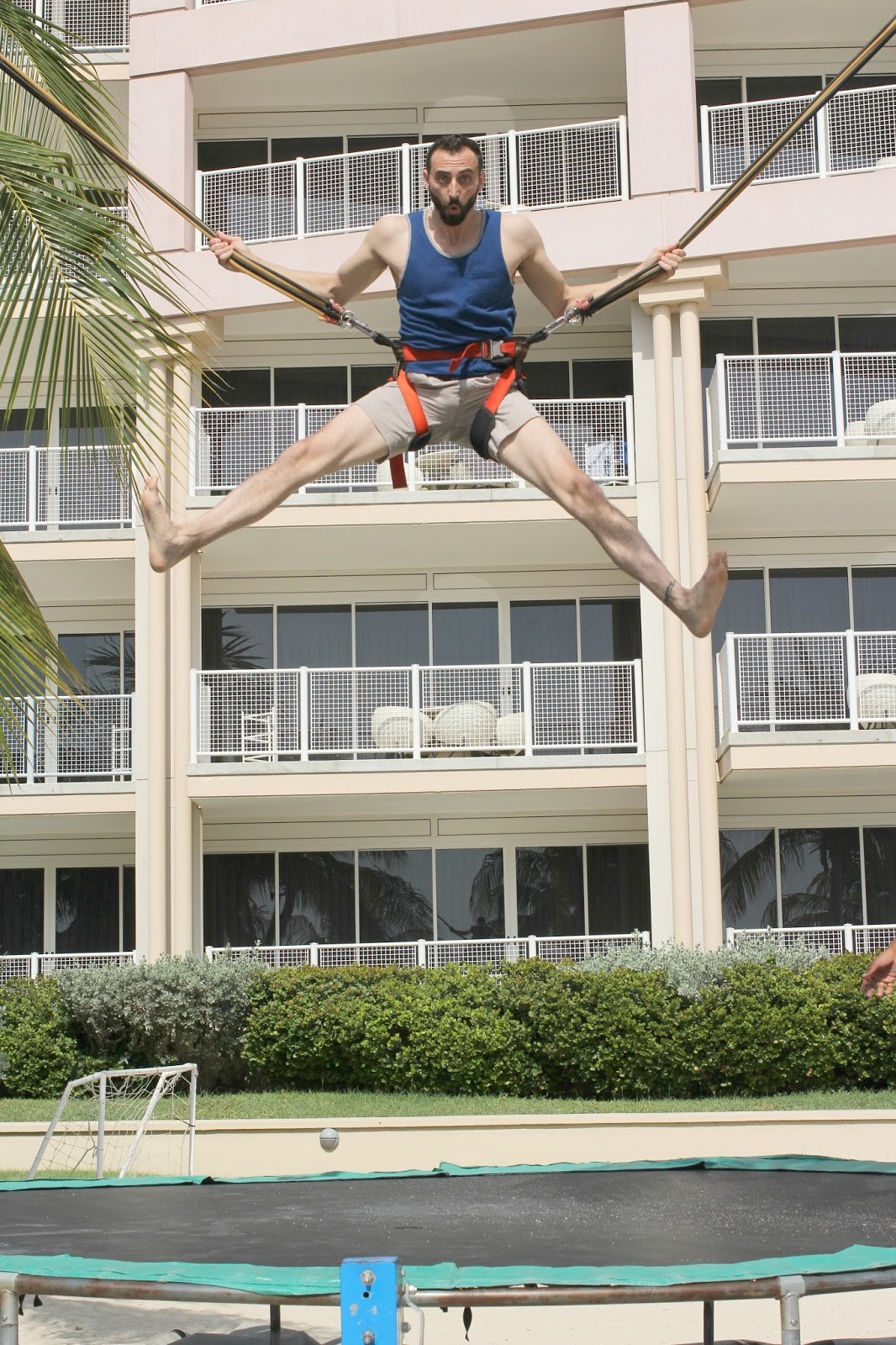 Eric and I are both big kids at heart so when one of the days they opened up the trampoline to the adults, you better believe he got up there. The boys had a great time cheering him on and kept yelling for him to go higher and higher. 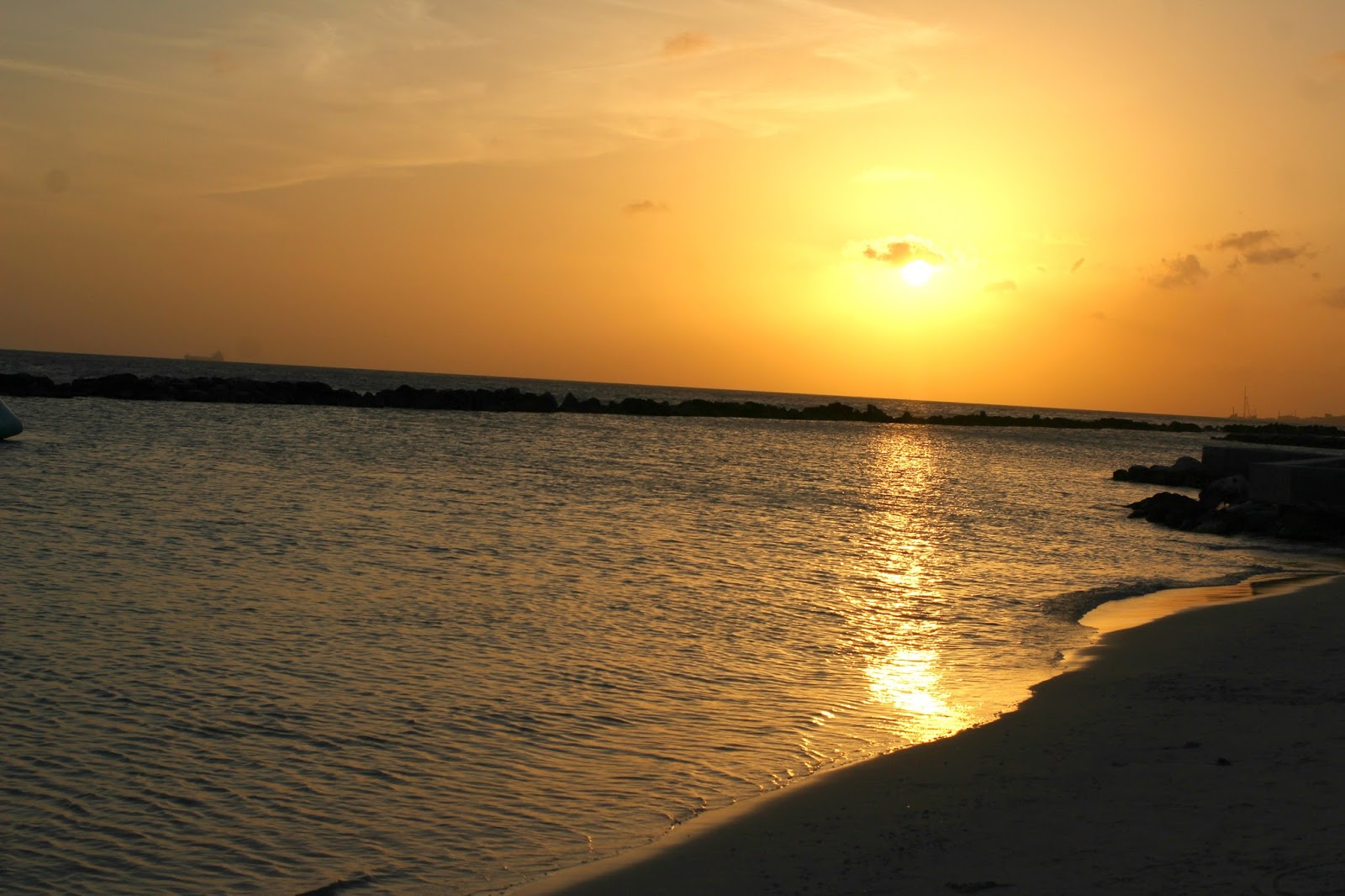 We enjoyed some beautiful sunsets over the water that were so peaceful and beautiful to take in. God seriously has such an amazing paintbrush. I can’t help but stop and marvel at His beauty as I am reminded of His grace and goodness to us. 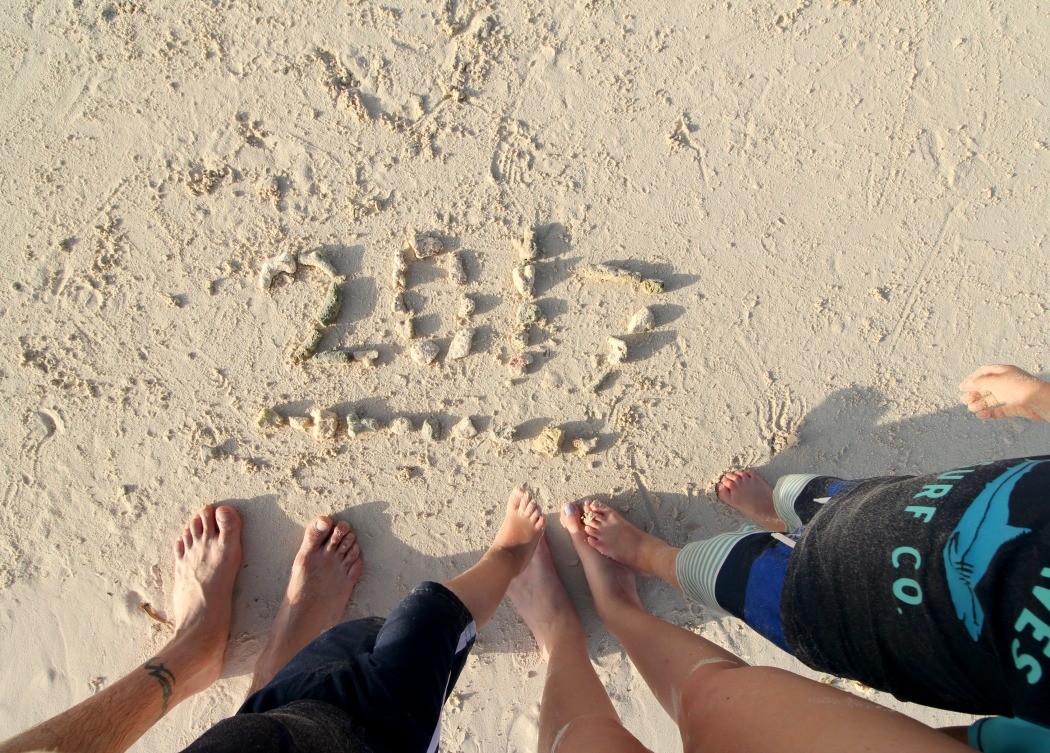 I wanted to get a fun family foot pic and spell out 2017 with some washed up coral that we found. Let’s just say I tried. This was not the first pic we snapped, or the last, but this was the best we got. The boys could careless about standing around for a pic like this and wanted to pic up the coral and throw it back into the water. I think I got the point that the picture session was over when they both thought it would be funny to step on my feet. #momlife #reallifepics

Tomorrow I’ll be sharing more about our adventures to Kleine Knip Beach where we saw some of the pretties blue water.