END_OF_DOCUMENT_TOKEN_TO_BE_REPLACED
Happy Friday, friends! I hope you all had a great week. Boy was the beginning of the week a hot one for us. I’m not complaining though, when we’re all bundled up in coats and trying not to slip on the icy sidewalks I will be thankful it was 98 and sunny.
It’s Father’s Day weekend so we will of course be having some sort of fun, but unfortunately it will be the first year we aren’t down the shore to celebrate. It’s been a fun little tradition we started where both of our families celebrate together but this year Eric has to leave for a business trip so that won’t be happening. How annoying he has to leave on Father’s Day?! We’ll make sure to give him all the hugs and love before he leaves. And I can’t lie, I’m really excited but also sad about leaving the kids when I fly out there in a few days to meet him.

1. Carnival: the summer wouldn’t be complete without visiting a carnival (or 10) and having all the cotton candy, ice cream, and riding fun. Speaking of rides, A was able to go on almost everything  because he is getting so tall, but little nugget could barely ride on anything. Well, what happens when one can do something and the other can’t…oh yeah, a tantrum breaks out. After the third meltdown we spotted this little magnetic fishing game that we let little nugget try which distracted him while Eric took A on some more rides. He only needed to catch one fish but he just wouldn’t put that pole down and probably caught about 10. We did let him ride on the carousel twice since that was one of the only things he could go on. I think the joy on his face speaks for itself and A’s expression clearly shows he would rather be on something else. 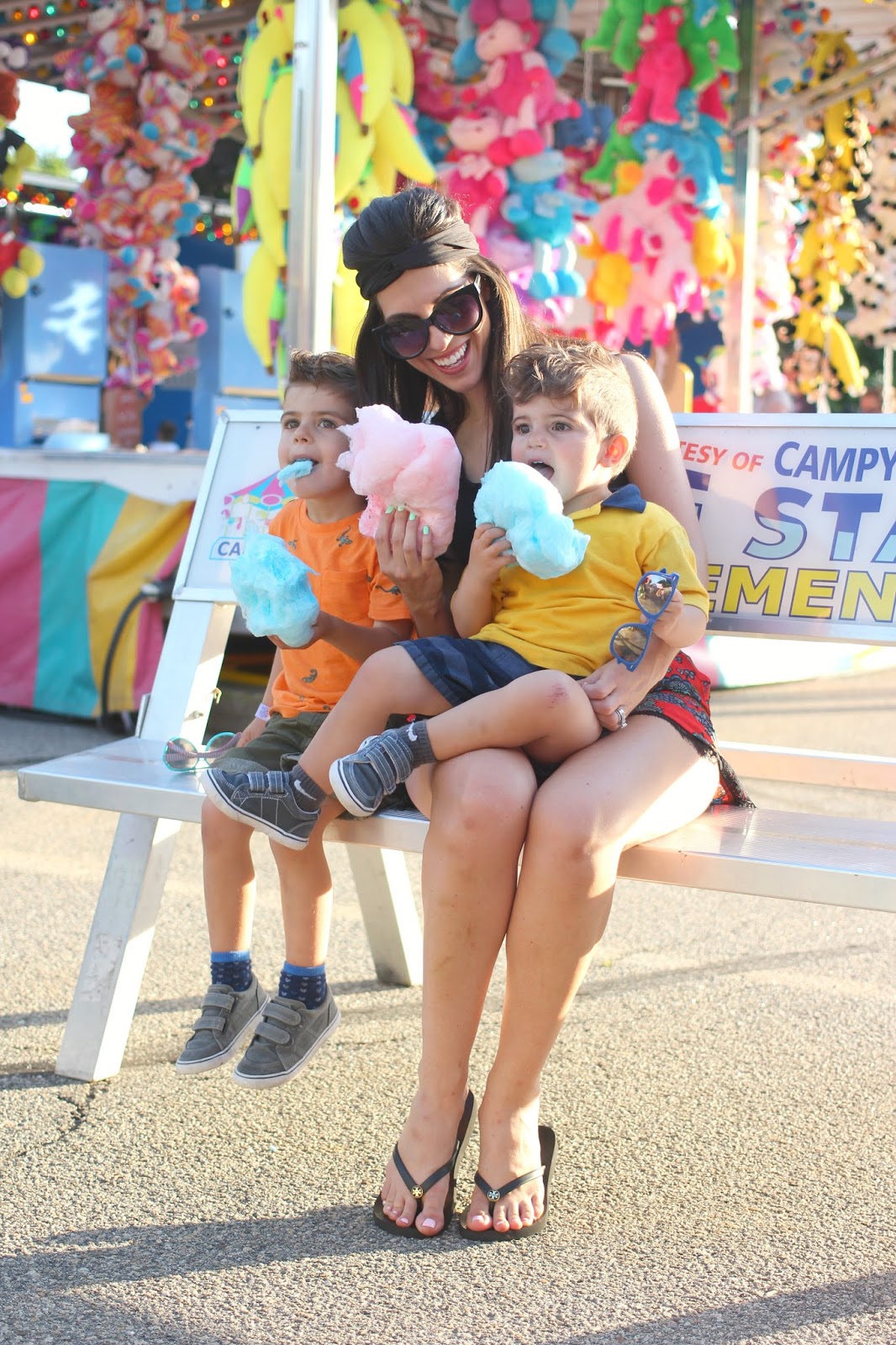 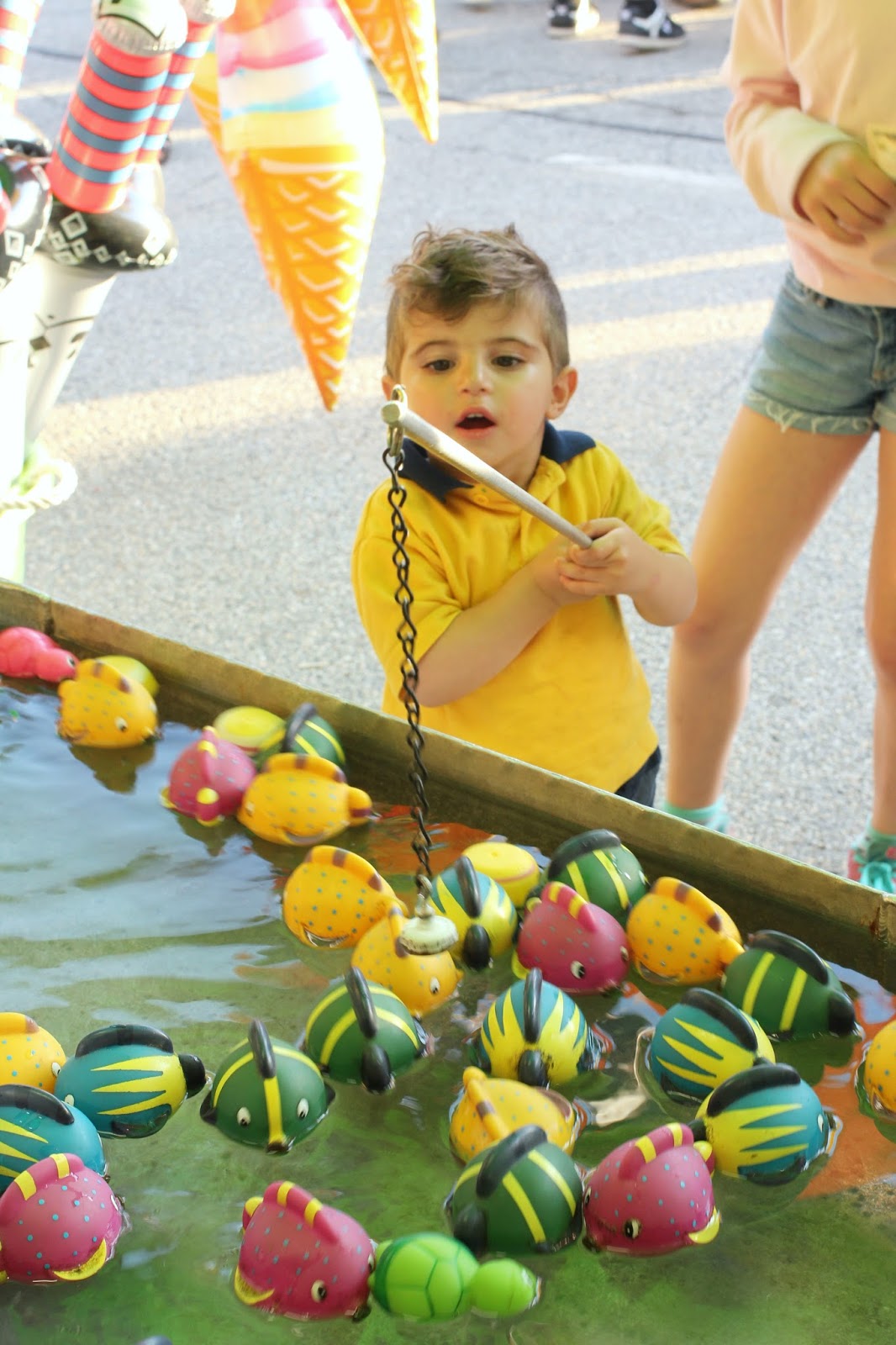 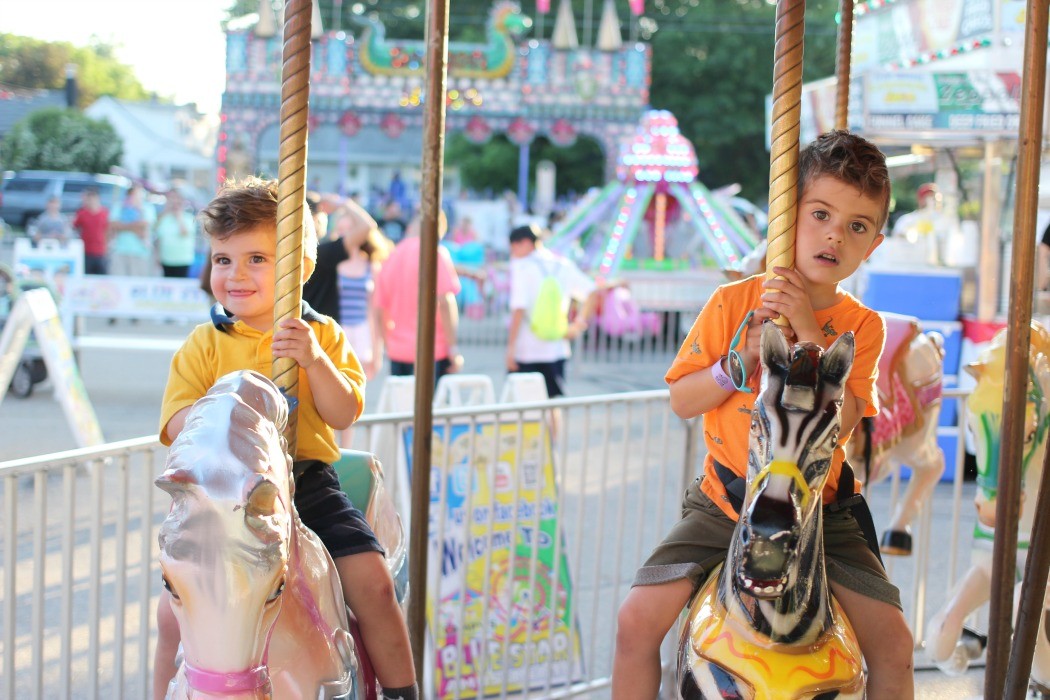 2. Rosé all day: last weekend was national rosé day and it also happens to fall on one of my friend’s birthday weekends. So what do you do when your birthday falls on rosé day…you have a rosé all day party of course! 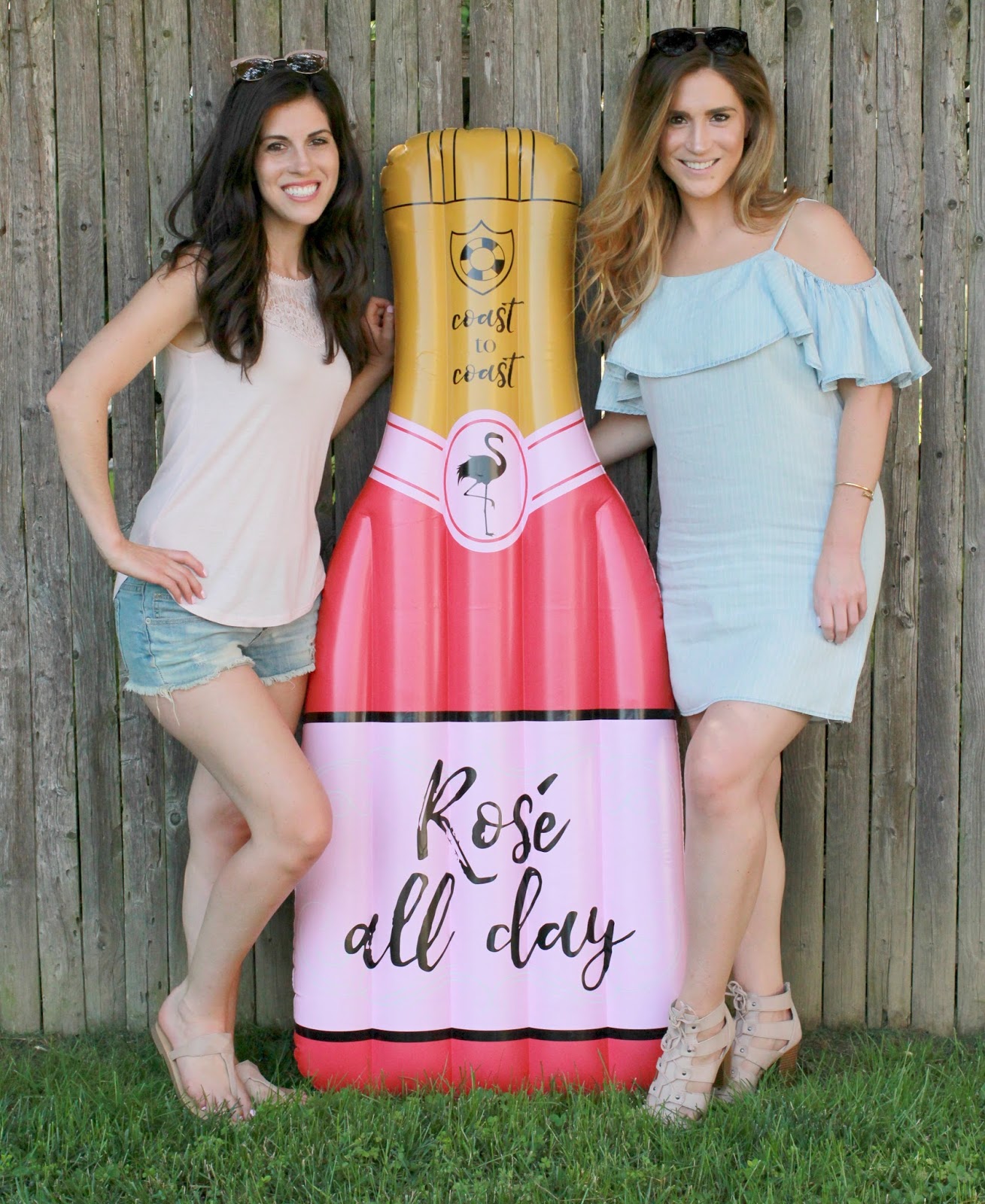 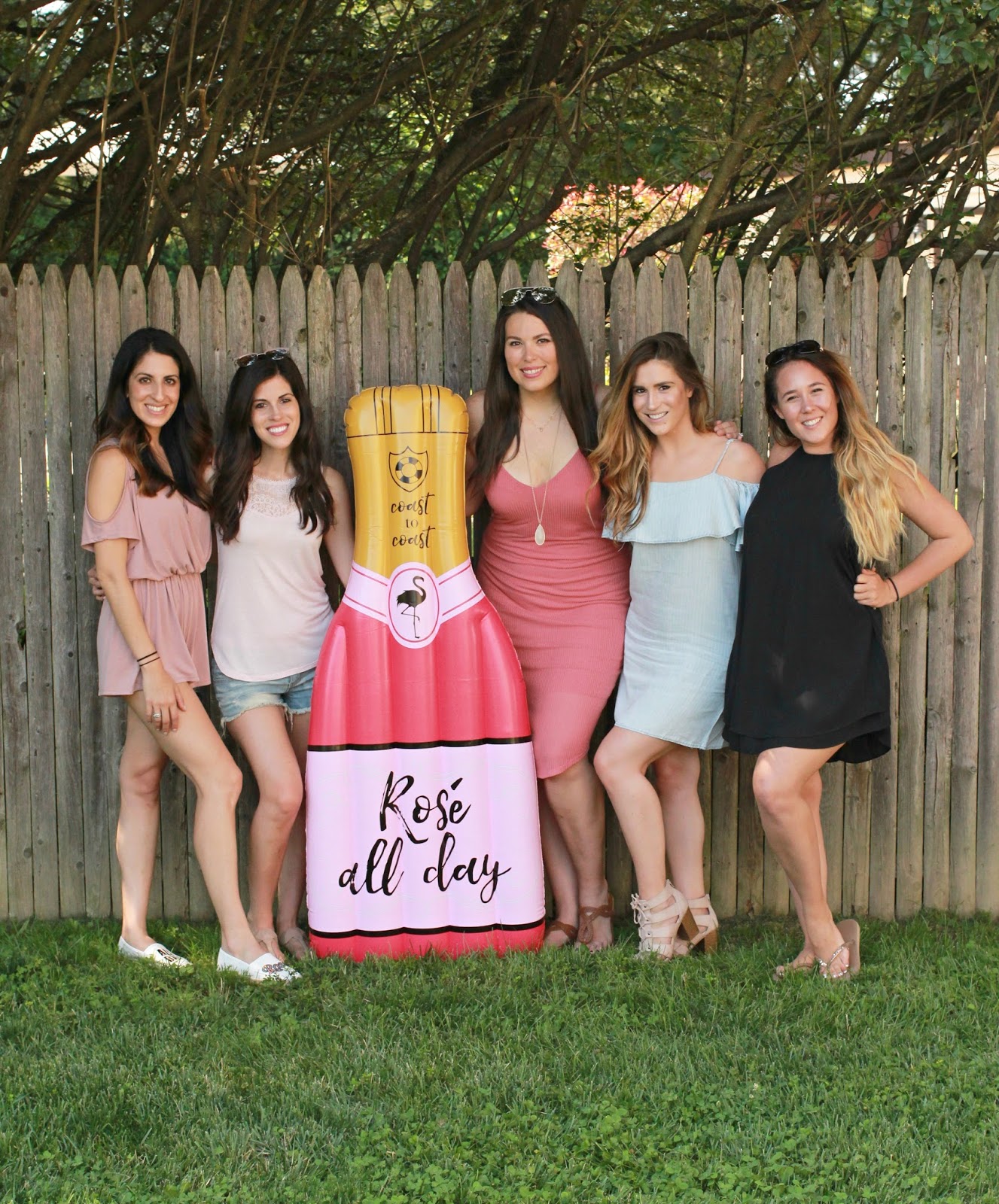 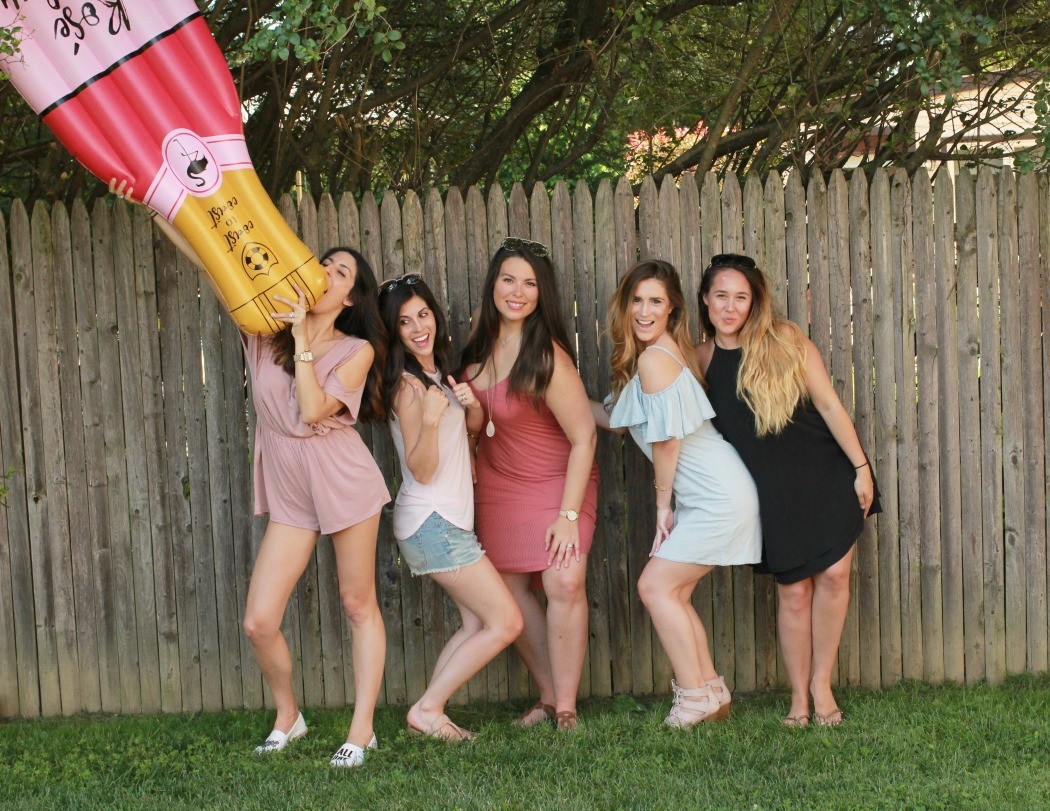 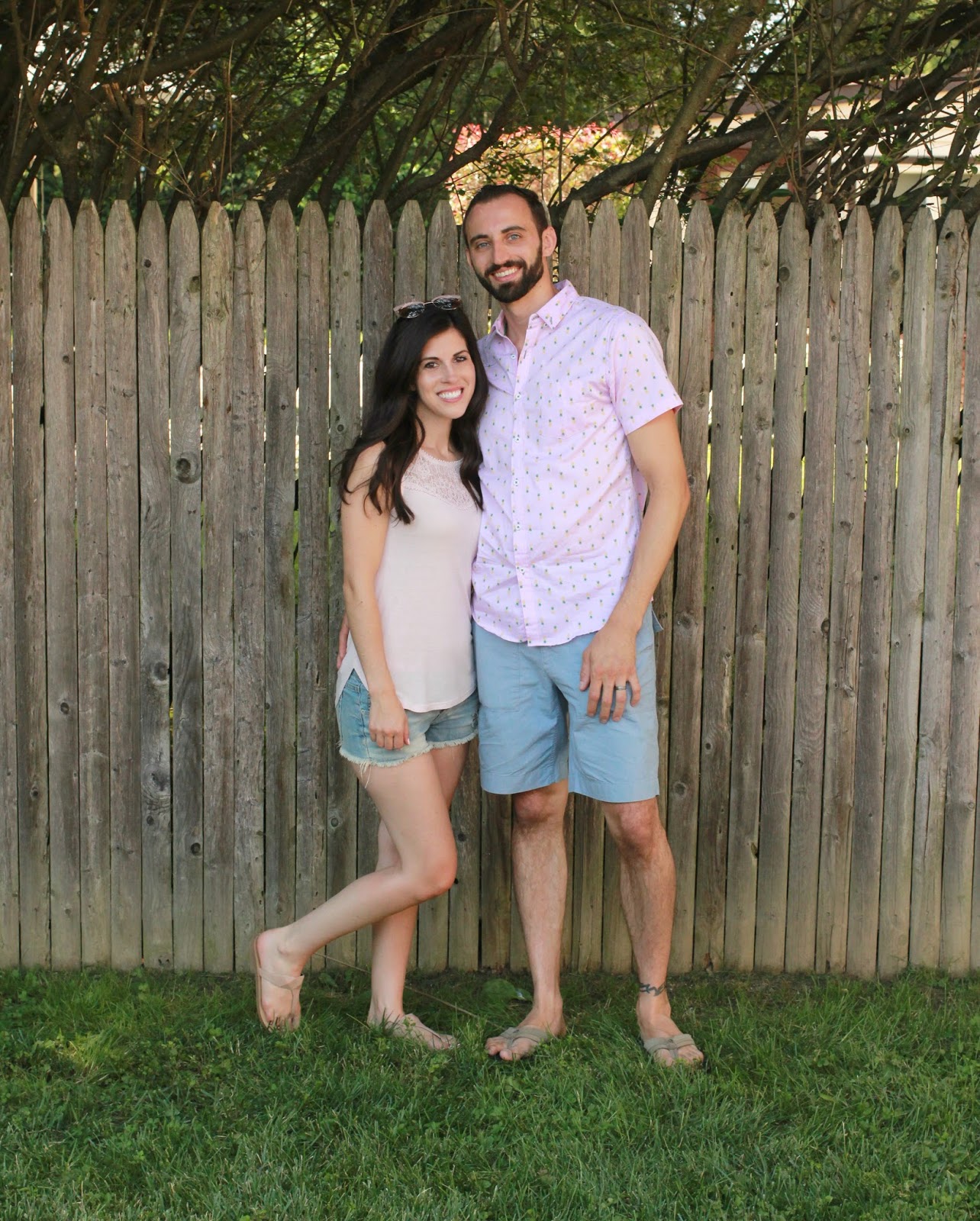 3. Pool fun: we also got some pool time in at my dad’s and with the crazy hot weather we had it was so refreshing to be in the water. Eric and I already decided our next house needs to have a pool or a place where we can put one in. I think we would be out there all the time during the summer. Oh, and if you look closely in this pic you’ll see that A is holding a frog. He found one in the backyard and carried that thing around all weekend until we told him he needed to let him go be with his family. They are fearless when it comes to critters so I know I am in for it with these two. #boymom 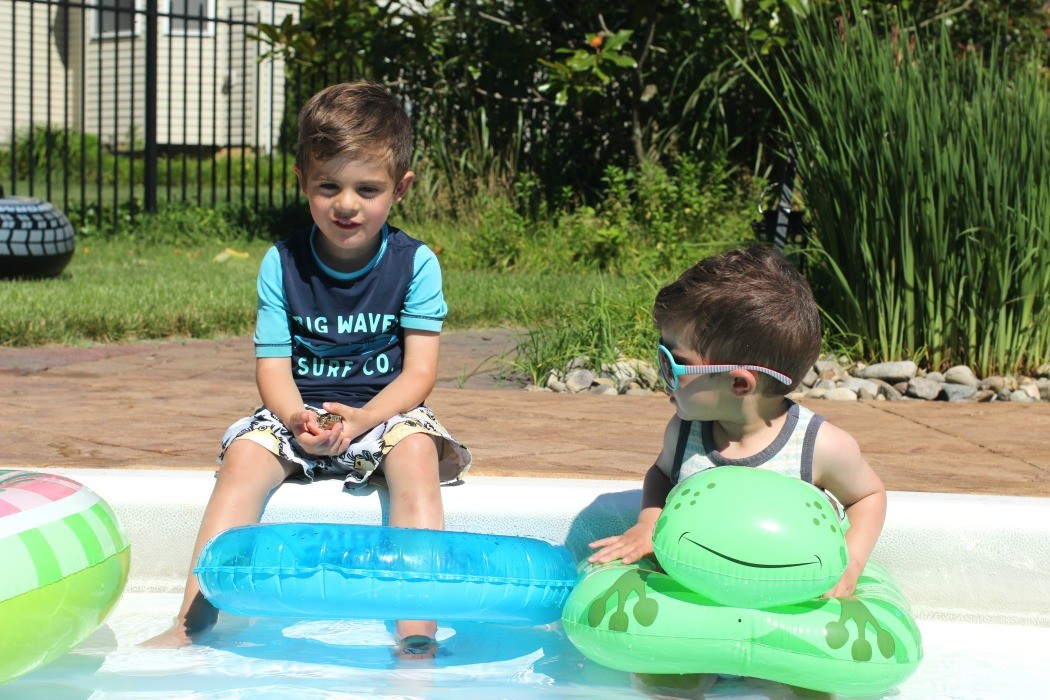 4. Toddler choices: I cannot believe that little nugget is going to be two in August. Time really needs to slow down. He’s been very opinionated lately and his vocabulary has really taken off. He’s definitely finding his voice, which I love, because hearing the little conversations between him and A is the cutest little thing. I’m telling you, he just woke up one morning and was talking in sentences.

The other day we were leaving for school and he decided to go pull his rain boots off the shoe rack and put them on himself. I tried a little bribery, explained to him why he can’t wear them to class, but he had other plans and refused to leave the house without them. Thankfully he did take them off once we got there but only because his teacher asked him to. Why do they always listen to everyone else but mom?! Anyway, when we came home what was the first thing he did…put those rain boots back on of course. He also has been loving his little garden tools and they somehow make their way into the car every morning. I just can’t with his little mixed matched outfit and expression, all the heart eyes right there. 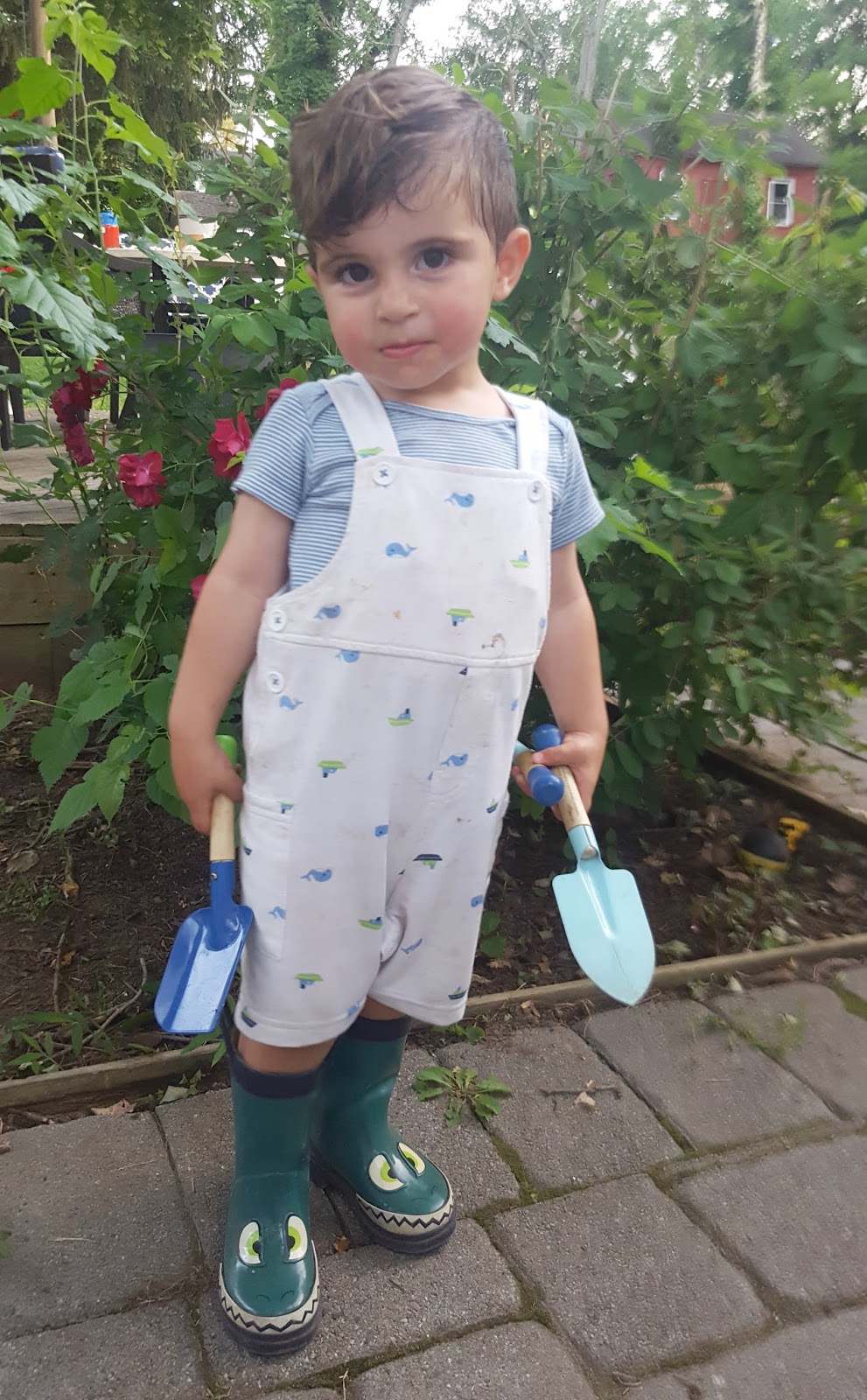 5. Strawberry and cherry picking: in case you missed my post from earlier this week, another highlight was our annual strawberry picking. We also ended up picking cherries too and have been enjoying berry overload over here. We decided to give some away and freeze a lot of them because we have way too many. It seems like a lot of suggestions have been to make jam with them, but honestly, that’s not really my jam 😉 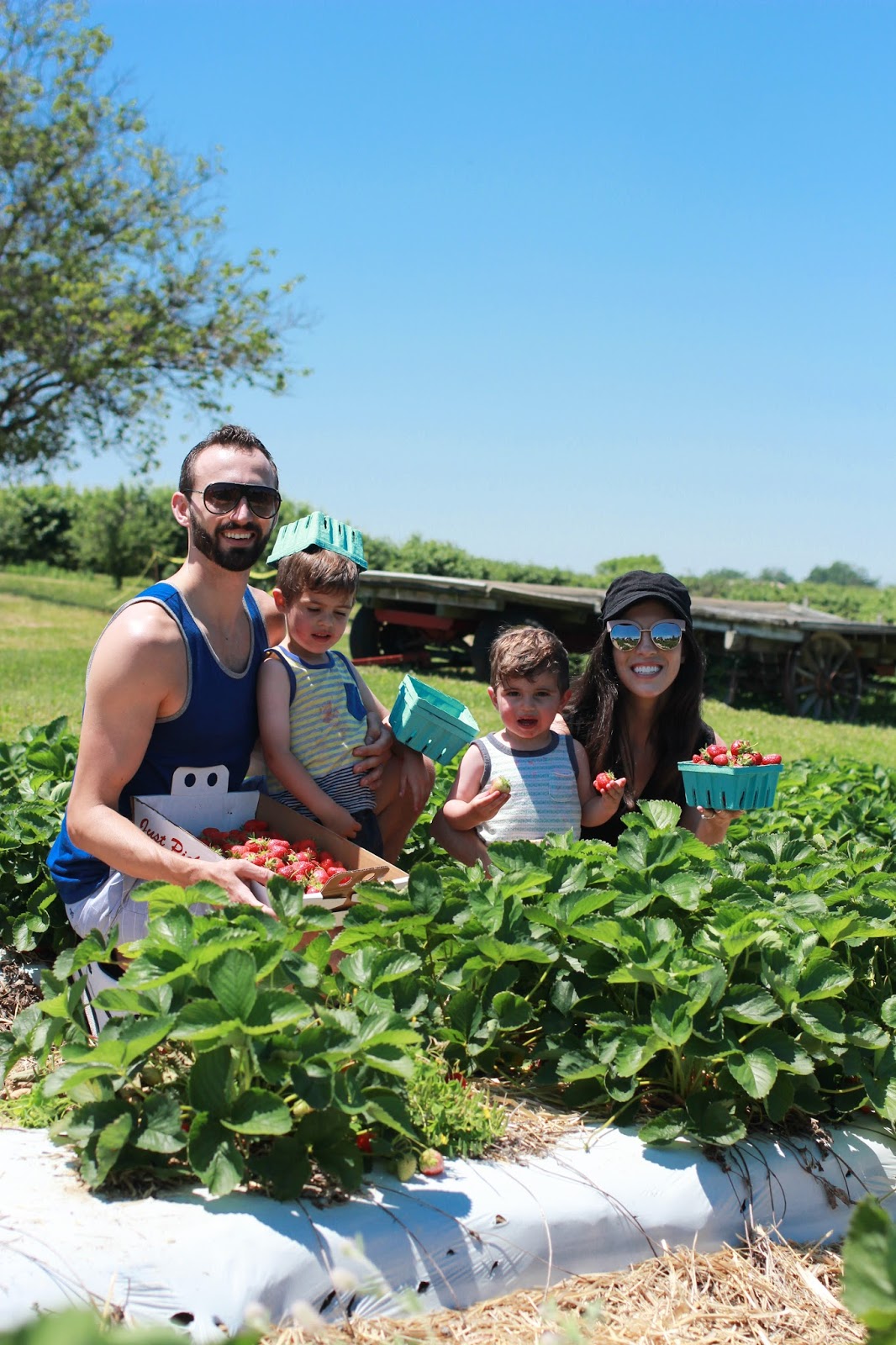 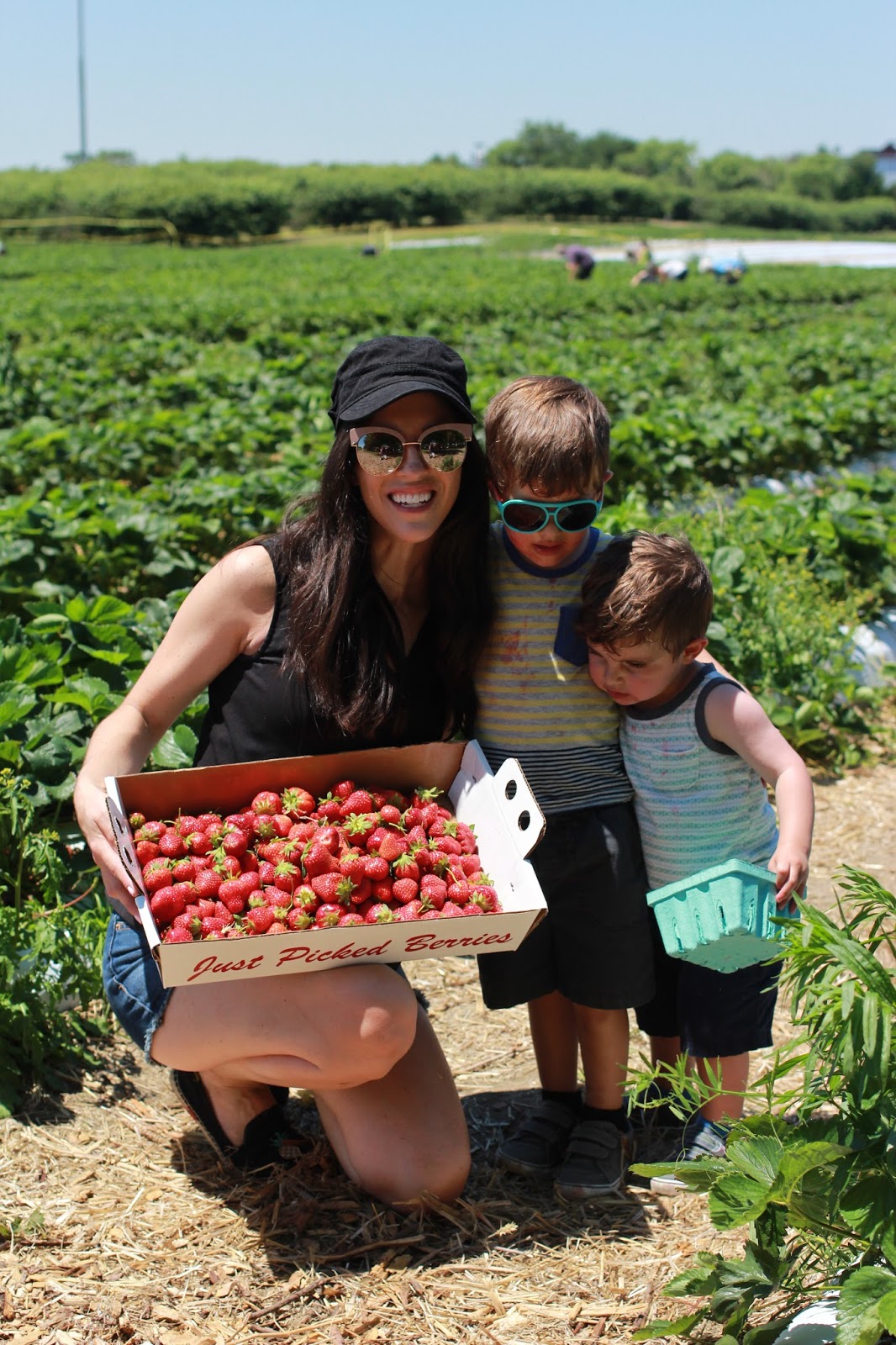 I hope everyone has a great weekend and very Happy Father’s Day to all the amazing dads out there. Here’s where you can find me linking throughout the week for all the linkup fun.