END_OF_DOCUMENT_TOKEN_TO_BE_REPLACED
Happy Friday, friends! I hope everyone had a better week than we did. I’m not even going to try and sugarcoat it, this week sucked. We all caught some version of the stomach bug and it was not pretty. I was home with A on Monday and Eric was home with little nugget on Thursday. Then somewhere in between there, neither of us were feeling well. I have the weakest stomach ever (it’s really bad), so poor Eric had to clean up most of the messes while I was gagging from everything going on. Fun times. Even when little nugget was sick he had some of the cutest moments, like when he called for us in the middle of the night saying he spilled out of his mouth. I am really hoping we can put all of this behind us and enjoy a relaxing weekend, because taking care of kids when you don’t feel well, is no joke.
Despite the not so fun week, we did have a good time last weekend and through it all there is always something to smile about. Here are some of my favorites…
1. Brunch in NYC: you might remember me mentioning that my sister and I were going to be celebrating our mom’s birthday. We originally had plans to go to The Blue Box Cafe but landing a reservation there is so tough. We hope to go there at some point but it sounds like you need to be ready and logged on as soon as they release a date. We opted for the BG Cafe inside of Bergdorf’s with a stunning view of central park and tasty brunch.
After we ate there, we headed over to walk around central park and ride on the carousel. It turned out to be such a beautiful day and thankfully it was on the milder side so no one was freezing. 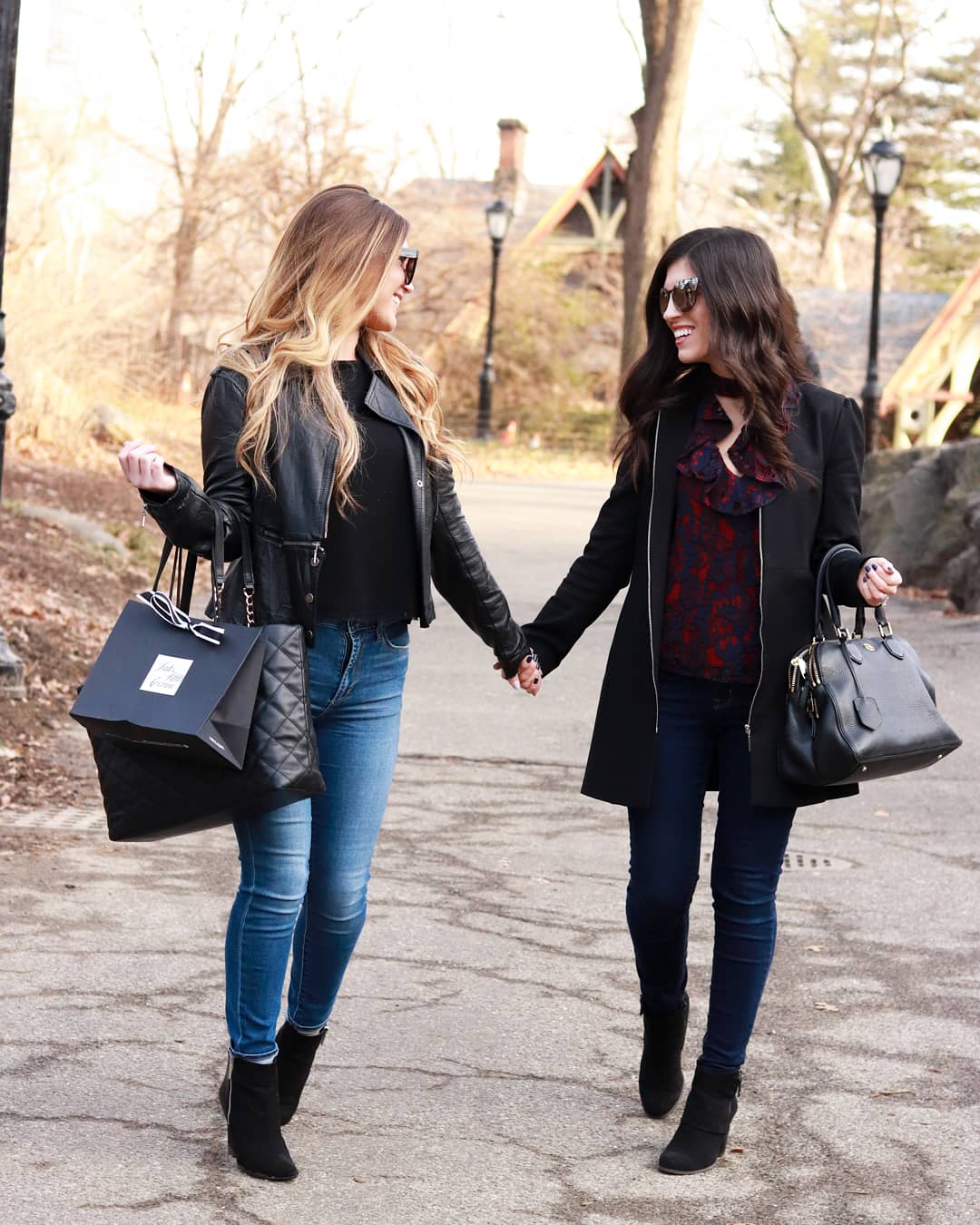 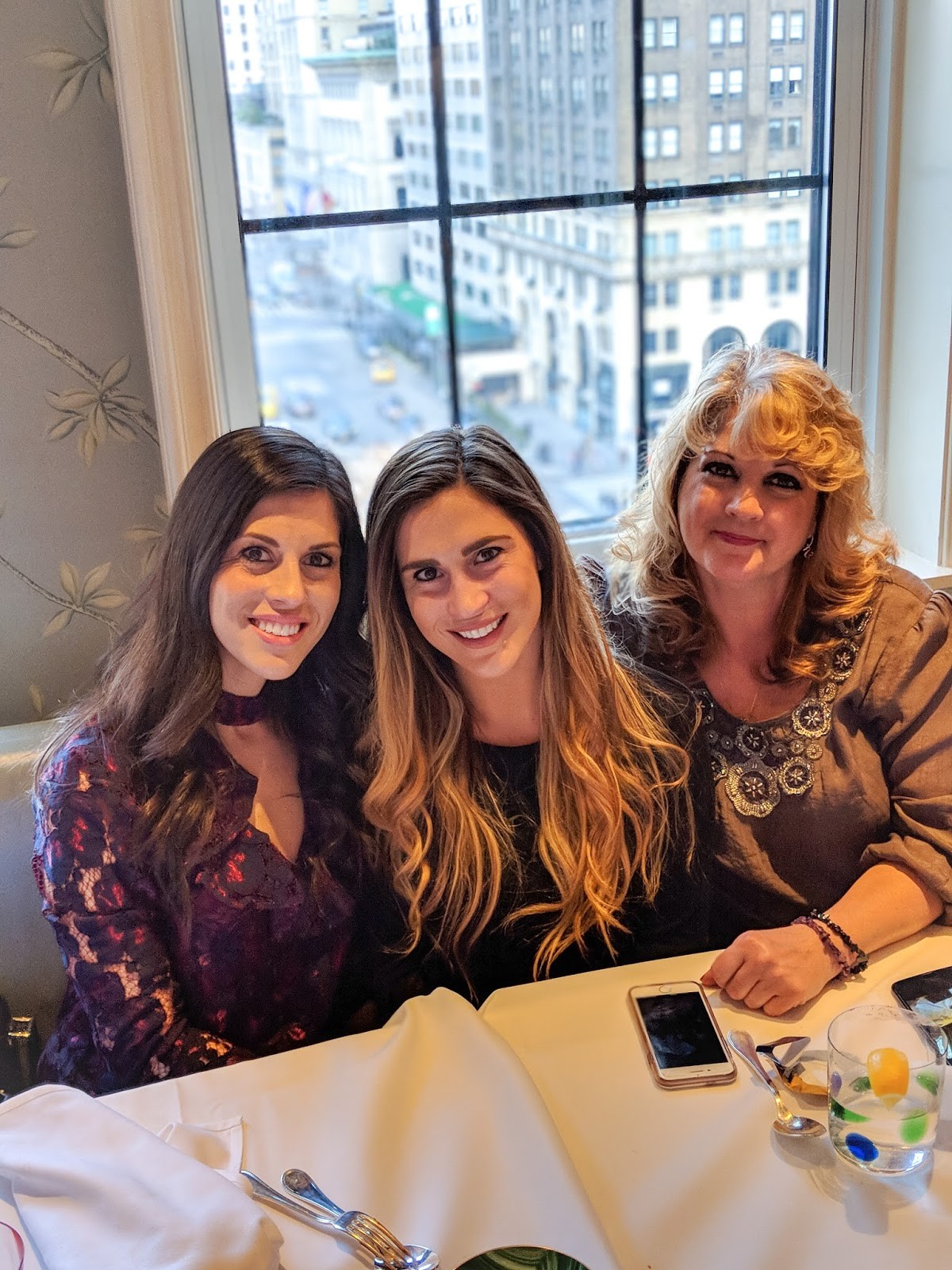 2. Legoland: if you caught my post earlier this week, I shared some of our favorite indoor things to do in the winter and our adventures at Legoland. The funny thing is, I drafted this post and set it to go live the next morning, but didn’t have a chance to look at anything once it was live until I got to work. When I saw it, I realized I forgot to include my title image, womp, womp. If you were one of the first ones to read this (always a huge thank you to my loyal readers) then you might notice something a bit different now. 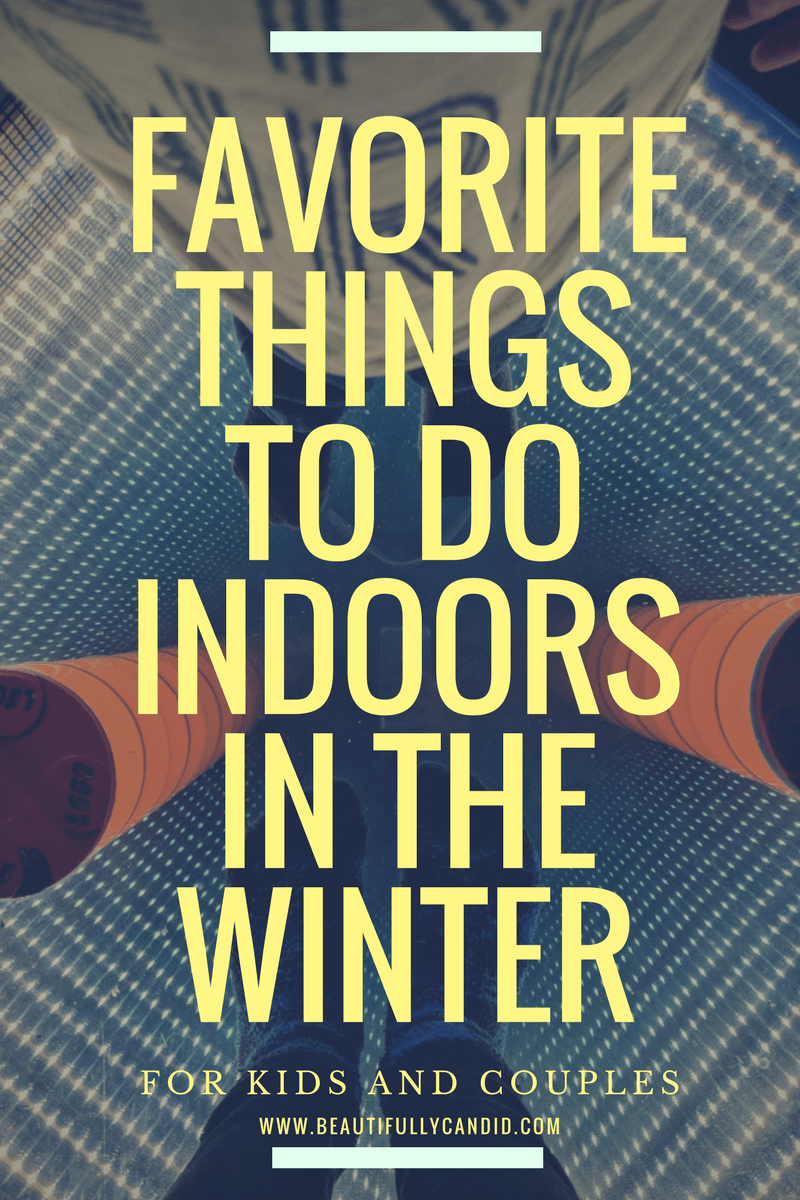 3. Wood wall: I also mentioned last week that I went and picked out wood for an accent wall in our house. The amazing husband that I have surprised me when I came home from work with it all finished. I am so in love you guys! It seriously transforms that space and was just what our living room needed.

Since I didn’t know he was going to be finishing the wall that fast, unfortunately I didn’t get a chance to take a before picture. If you are a loyal watcher of my insta stories then I’m sure you’ve seen some of our living room and the stand we were using for the tv. I like it so much better mounted and feel a lot safer with the boys. I am on a mission now to do a little transformation of this space with some new pillows, a rug, and a few decor pieces. I’ll be sharing more once it’s all done. 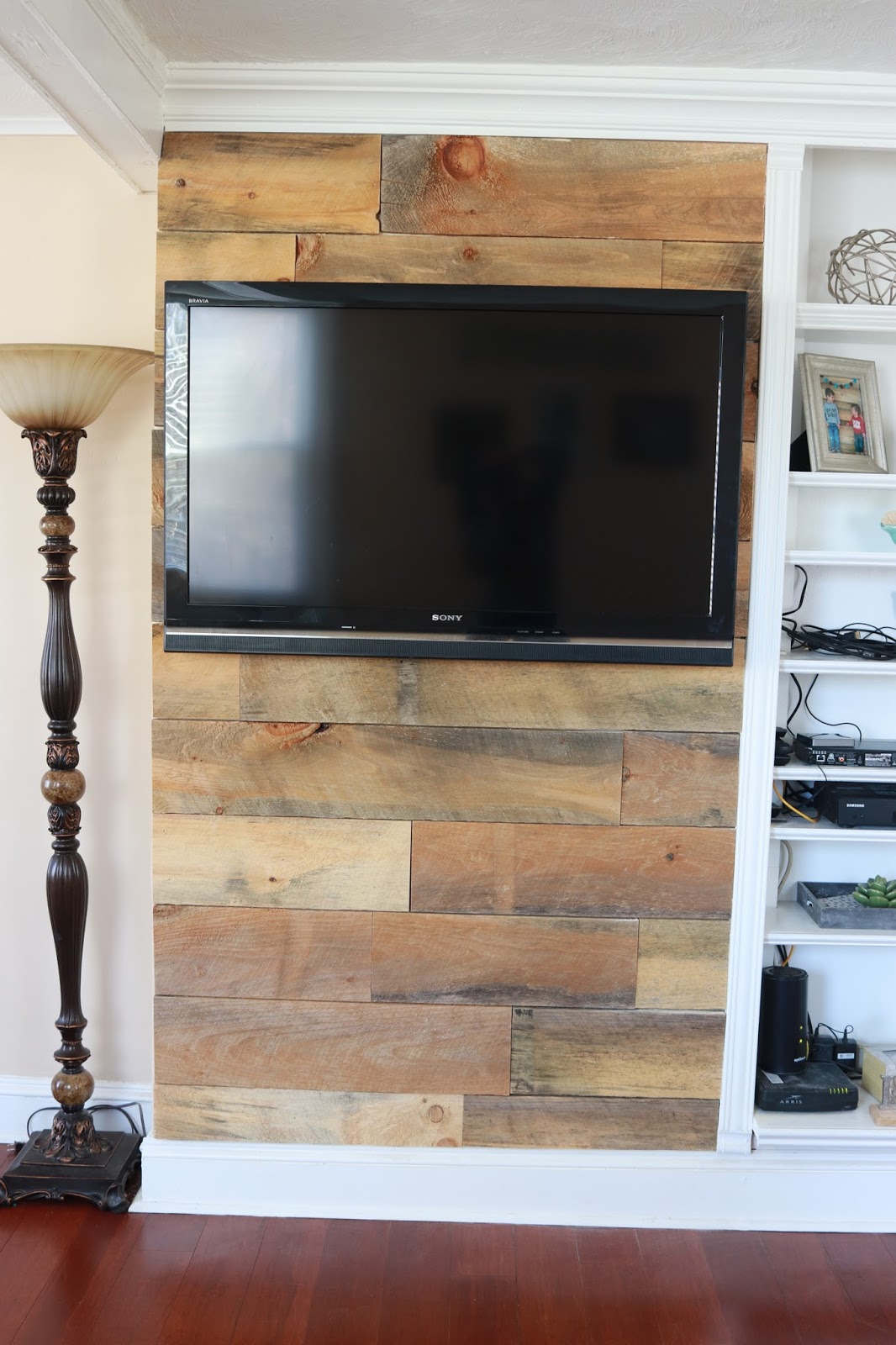 4. Organizing: one of my biggest pet peeves in our house is our kitchen area. We have a sliding door that we use as our main entrance because we always park around back. It seems that it’s turned into a dumping ground for everything. Our house was built in 1820 and it is notorious with older homes that the number one thing they lack is closet space.

You guys, I do not have a coat closet. Not one. We have a rack in our hallway with hooks on it that we use but it’s not enough space at all. Since we use our kitchen door a lot more than our front door, I am on the hunt for some storage in that area that will hopefully help with things. I came across this shelf with the wire baskets that I think could really work well in that space. I love the price point of this shelf

better but I think I like the idea of the baskets for things instead of just putting things in the sections. What do you think, or do you have any storage shelves that you really like? 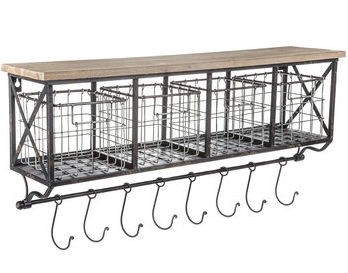 5. Random acts of kindness: I don’t have a picture for this one, but I think out of anything that happened this week, these two situations are my favorite. When we were at Legoland little nugget started to not feel well. He was a bit off when he woke up but nothing that was of real concern. When we were getting ready to head home, he asked if he could go lay down in the car. That’s when we knew something wasn’t right. Eric took him out to the car while A and I finished up. Of course, in order to exit, they put you through the gift shop which is every child’s dream. The boys were both so well behaved that day and overall it was a really great outing. I told A he could pick out a share toy for him and little nugget. When we got up to the register they validated my parking and told me I had 20 minutes to get out to my car. I then gave them my credit card to pay for A’s Legos. They said oh you’re not paying with cash? I said, no I’m sorry, I don’t really carry cash. I then found out their system was down and they couldn’t put my card through. I was a bit annoyed and made a comment like who carries cash these days and how am I going to wait a half an hour when you just validated my parking and told me I had 20 minutes to get to the car. They apologized, and I pulled A off to the side. I called Eric to see if he could run back in with his wallet but he already put little nugget in his seat and he was half asleep. I told A that we weren’t going to be able to get the Legos and that we could pick something out next time. Well of course how do you explain to a four year old the Legos he thought were coming home with him actually aren’t. He got a little upset, I tried to calm him down and apologized and told him there was nothing I could do. A nice lady and her husband who were in line must have heard what was going on and paid for his Legos. They said they had such a great day with their family and really wanted to help. I was so shocked and so thankful. The associates behind the counter also put in some extra goodies for him and his brother. We found the woman outside and with tears in my eyes I thanked her again.

As if one act of kindness wasn’t enough, when I was dropping A off a good friend of mine overheard me telling little nugget’s teacher that he wouldn’t be in today. They asked if he was ok and I explained I had been up all night with him and Eric and that I was exhausted. Since I already called out of work on Monday I didn’t want to have to use another day if I really didn’t have to. I then got a text later on in the day from my friend who said she overheard what I said during drop off and that I was heavy on her heart all day. She wanted to bless us with dinner and that it would be waiting at the school when I pick A up. She knows what it’s like when no one is feeling well and didn’t want me to worry about anything that night except for putting on my PJs and snuggling with the boys. I could not thank her enough for her kindness.

With all of the craziness that goes on in the world it’s so nice to see there are still good people around. Those that don’t think twice to help someone out in need and truly are examples of God’s love. It really felt like I had two angels placed in my path this week and I’m seriously overwhelmed by their kindness. As a lesson to all of us, a little kindness really does go a long way and you never know who’s day your going to change for the better.

I hope everyone has a great weekend! Here’s where you can find me linking for all of the link up fun.