END_OF_DOCUMENT_TOKEN_TO_BE_REPLACED
Happy Friday, friends! I hope it’s been a good week for everyone. It was a short work week for me, which I love, but it always seems to go by in the blink of an eye and they somehow turn into the busiest weeks. There are just never enough hours in a day. Aside from feeling like I didn’t have time to do all the things, we did have some time for fun, because that’s the important part, right?
Here’s a look at some of my favorites from the week…

we always have so much fun at our friend’s annual BYOP (bring your own pumpkin) party. She’s been doing this since before we all had kids and now our oldest little guys are five. It used to be a couples competition when it came time for carving pumpkins, but since then it’s turned into more crafts for the kids and a great time to catch up with each other. I attempted to carve our pumpkin with the boys since Eric wasn’t able to be there with us. I thought it came out pretty good until one of my friend’s came over and said, so what’s it supposed to be?! I kind of gave this look and was like, umm it’s a cat. The conversation continued by her saying, yeah, I don’t see it. I actually thought you were going for the wu tang sign there. I started laughing so hard that this pregnant mama almost had a leaking bladder incident because I thought it was so hilarious. The wu tang sign? First off, how much of a major throwback is that, and my poor innocent cat with the moon off to the side was now unrecognizable. We got a great laugh out of it and I could still crack up just thinking about it. Does anyone else see the cat? I showed Eric and my in-laws later on that night and no one could see it until I told them. Womp, womp. 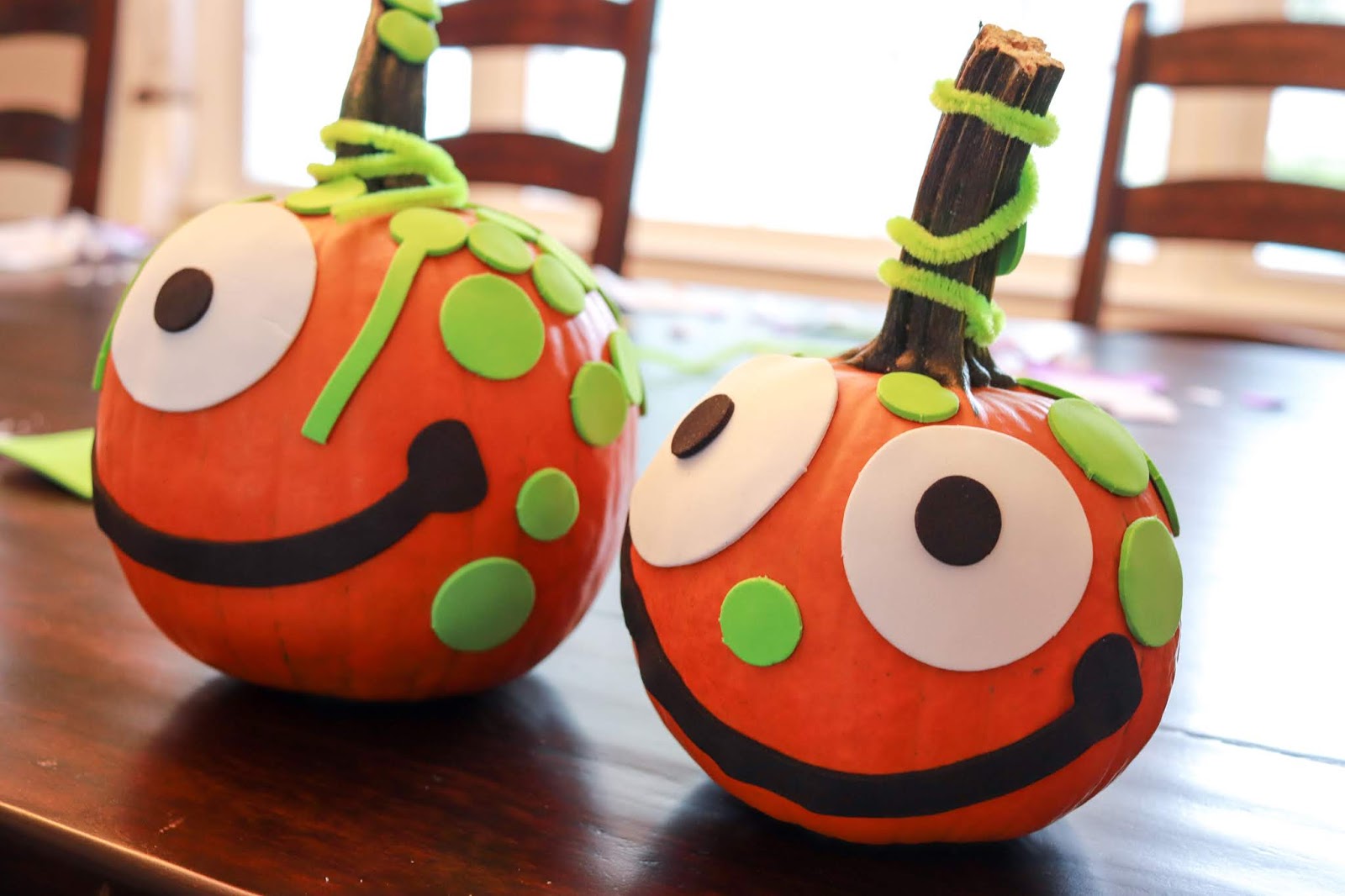 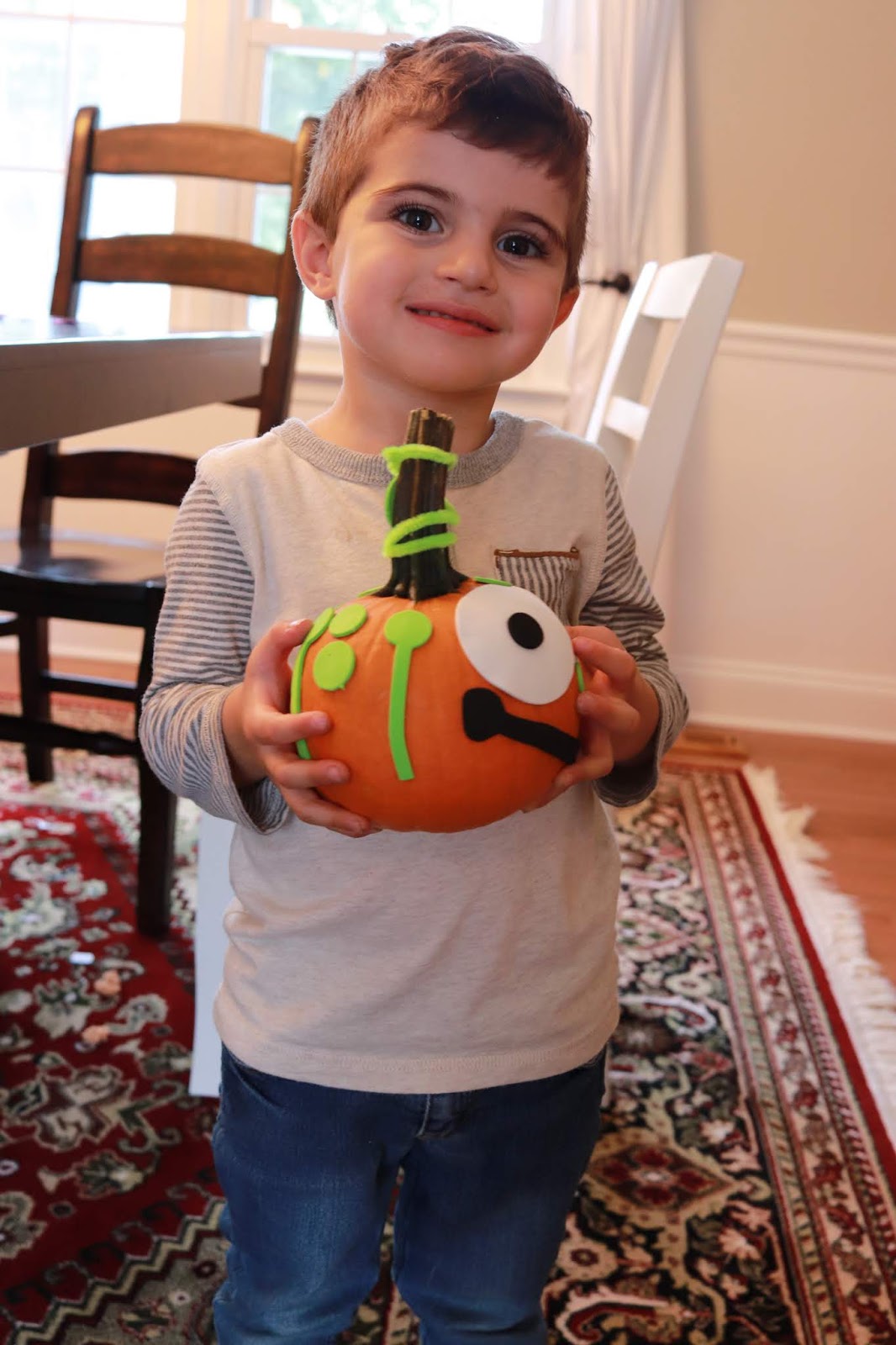 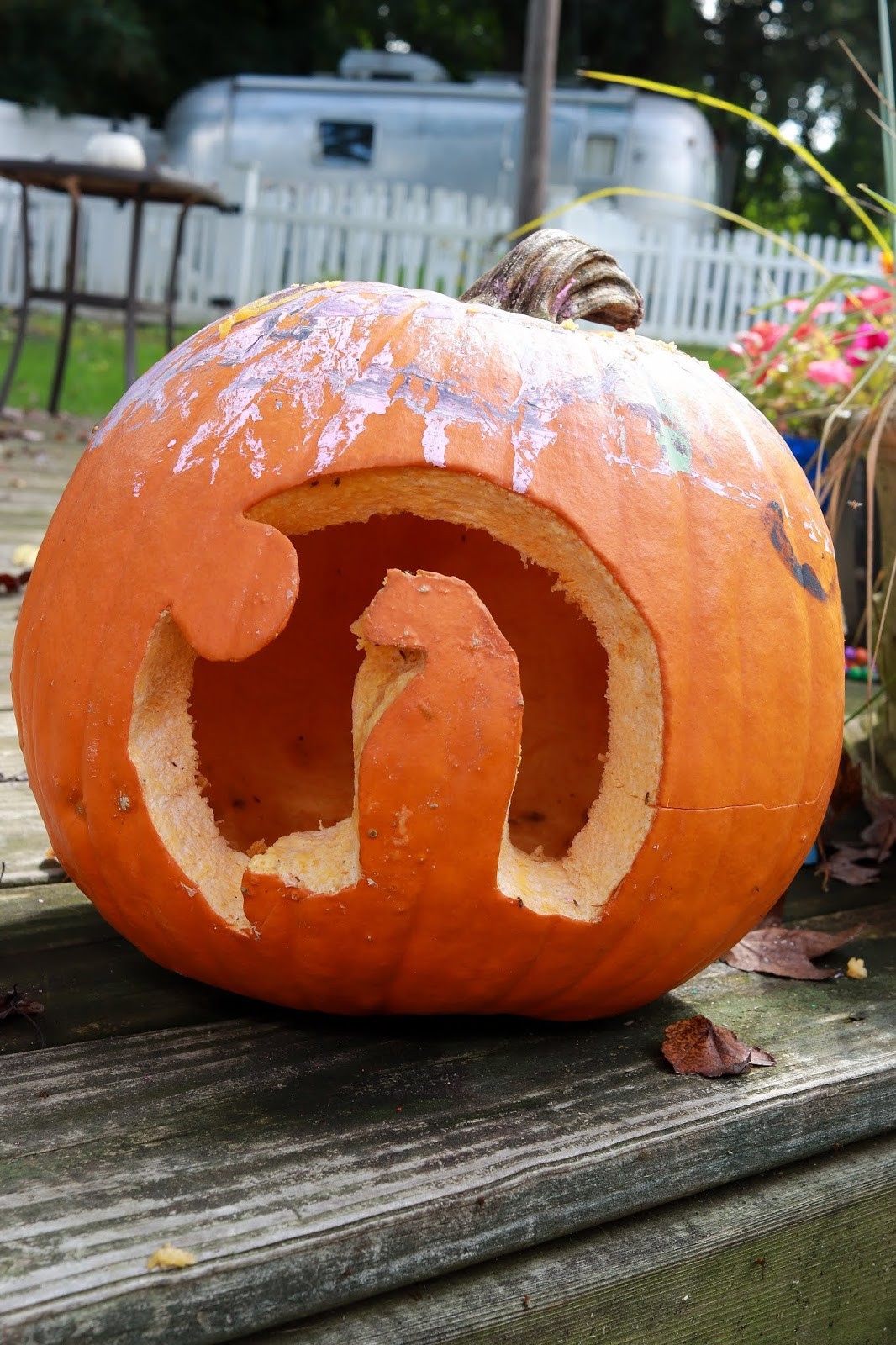 speaking of pumpkins, we headed up to the Hudson Valley NY area for their jack o’ lantern event. We went two years ago and loved it. Last year we went to one called Glow in Philly and it just wasn’t the same. While it was still good, I think going to Blaze first kind of set some high standards and the one in Philly left us saying, yeahhh we’re going back to the other one. Once again it did not disappoint. It’s right outside of sleepy hallow and is more family friendly than anything, because we do not do anything creepy or gory over here. It amazes me what they can do with these pumpkins. 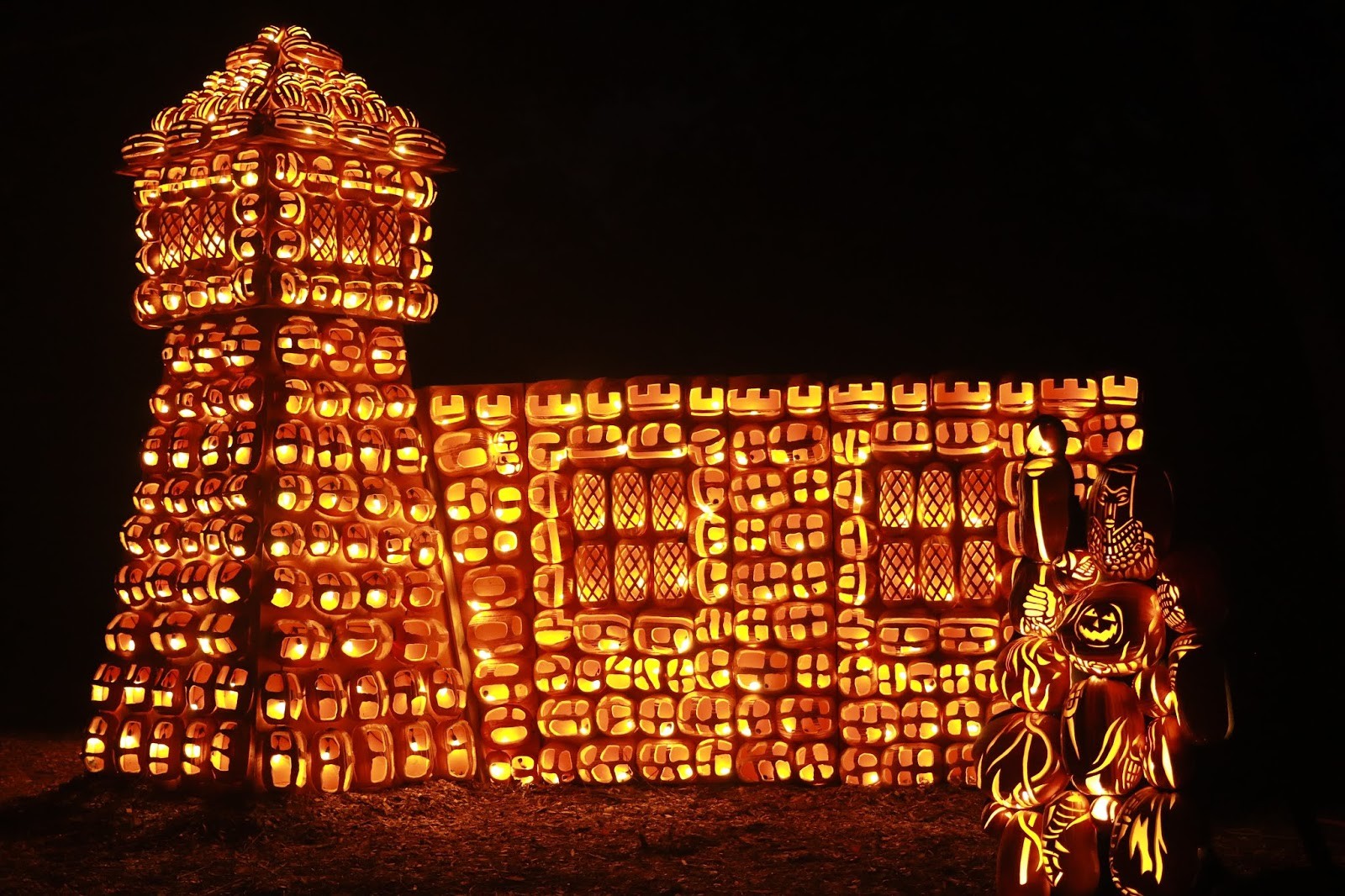 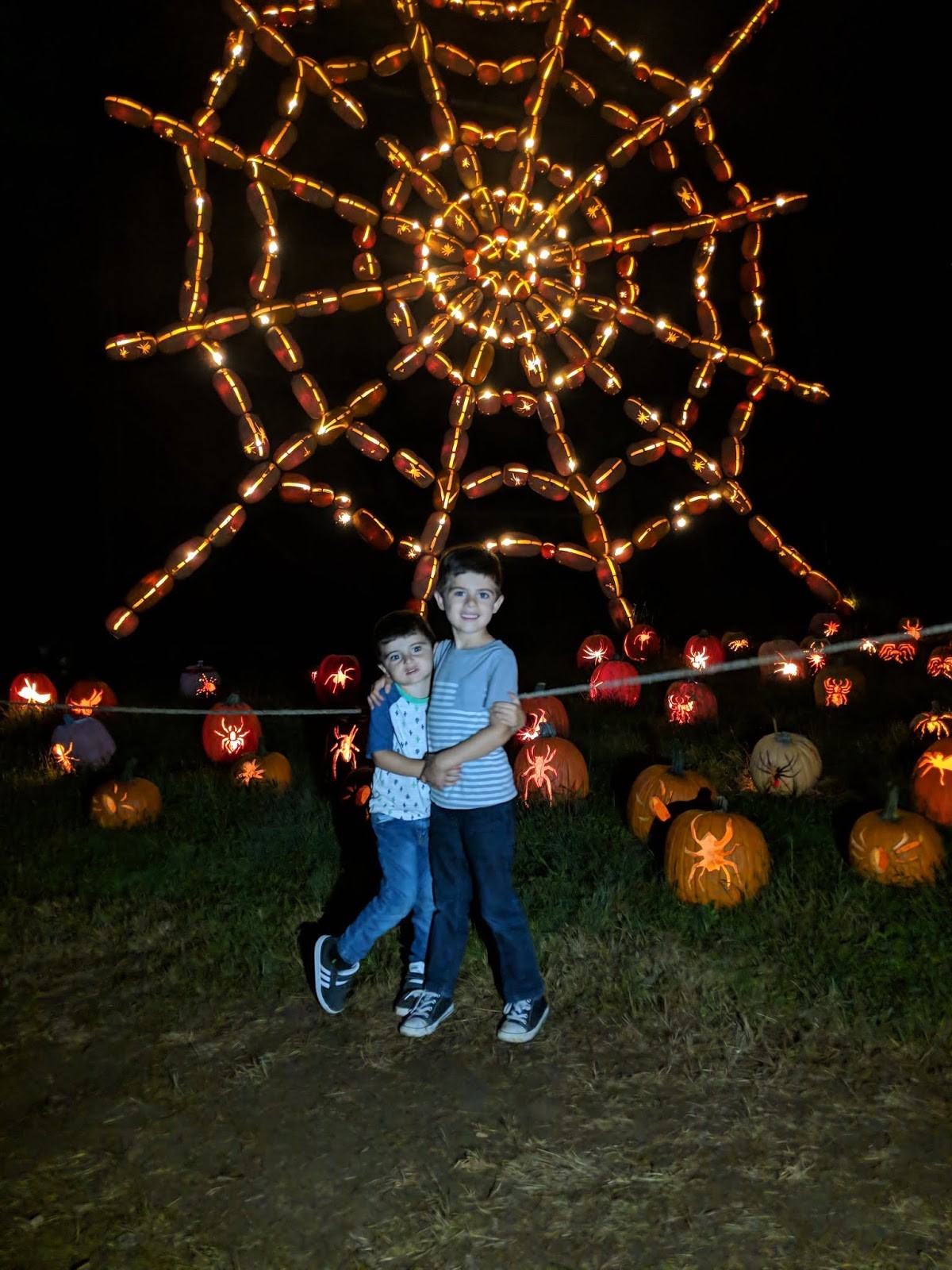 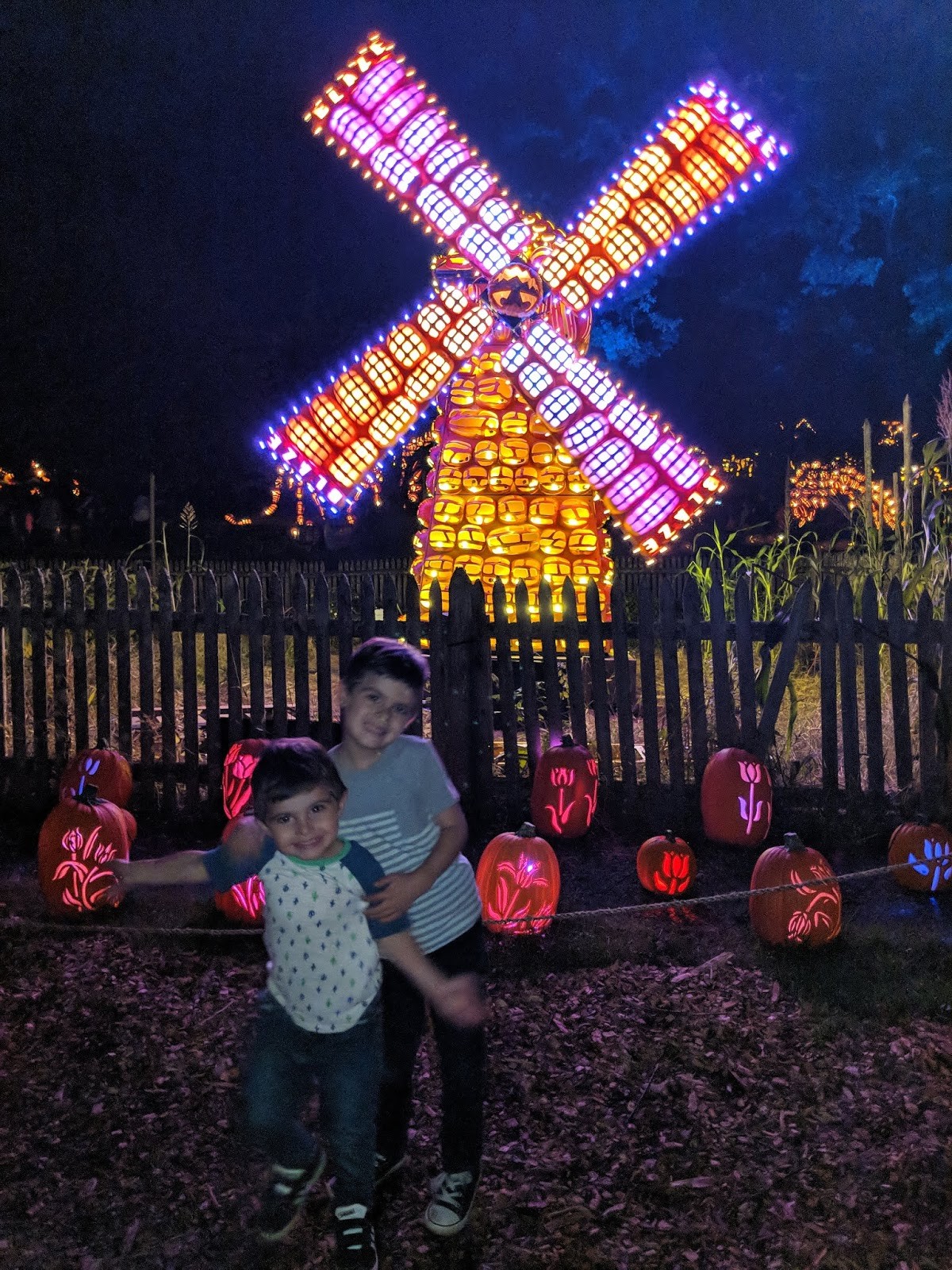 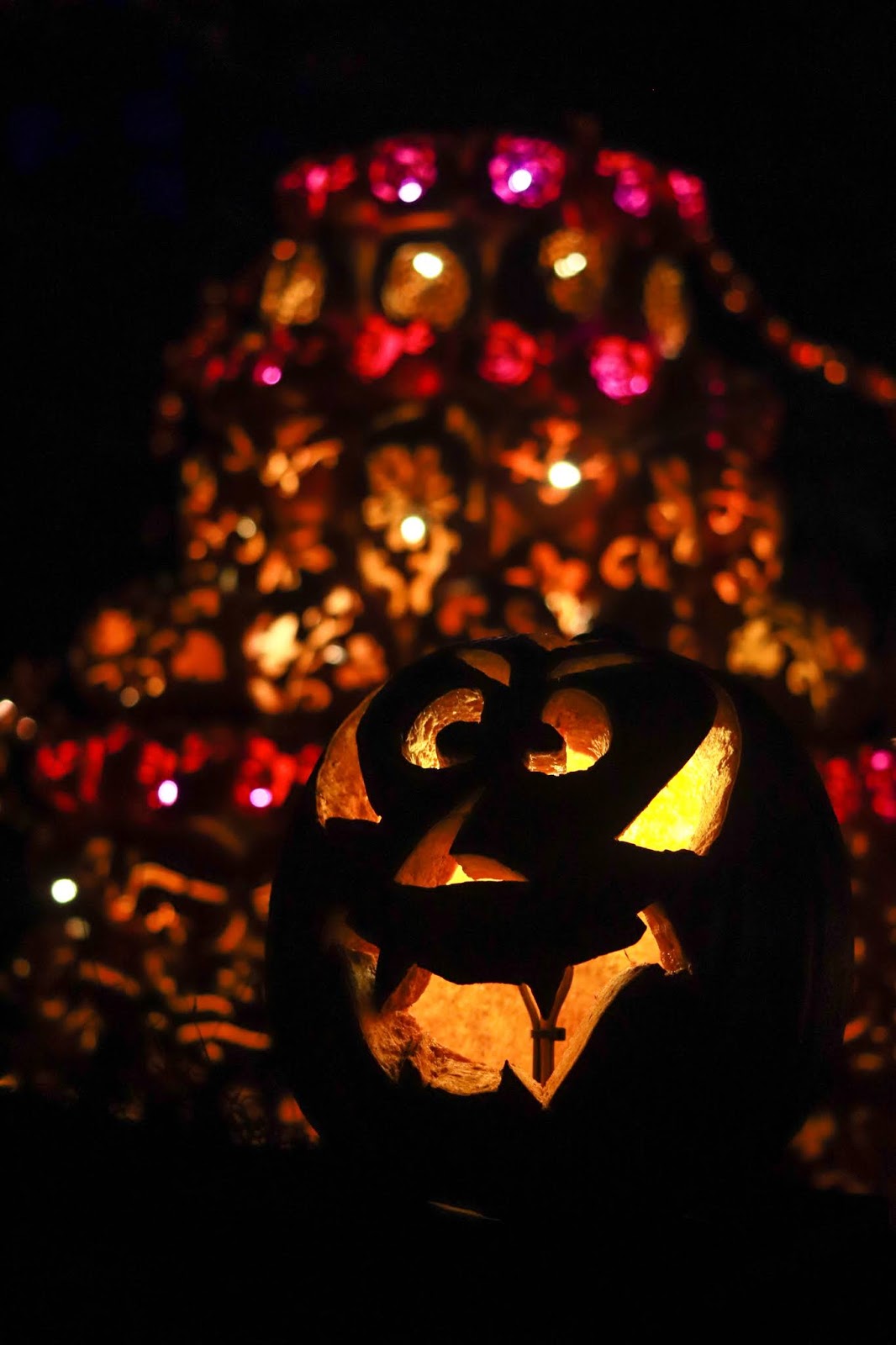 yes, I realize that term is mainly used with Chess but it felt fitting for this picture. Why? I don’t know. Chess, checkers, very different, but still both board games. Let’s just roll with it, shall we. Anyway, we haven’t been to Cracker Barrel in forever and ended up passing one so we decided to stop for something to eat. Of course there was a wait but those rocking chairs outside and a fun game of checkers with my little guy made up for it. Look at his concentration. And can I just eat him up in his sunnies?! His mama taught him well 🙂 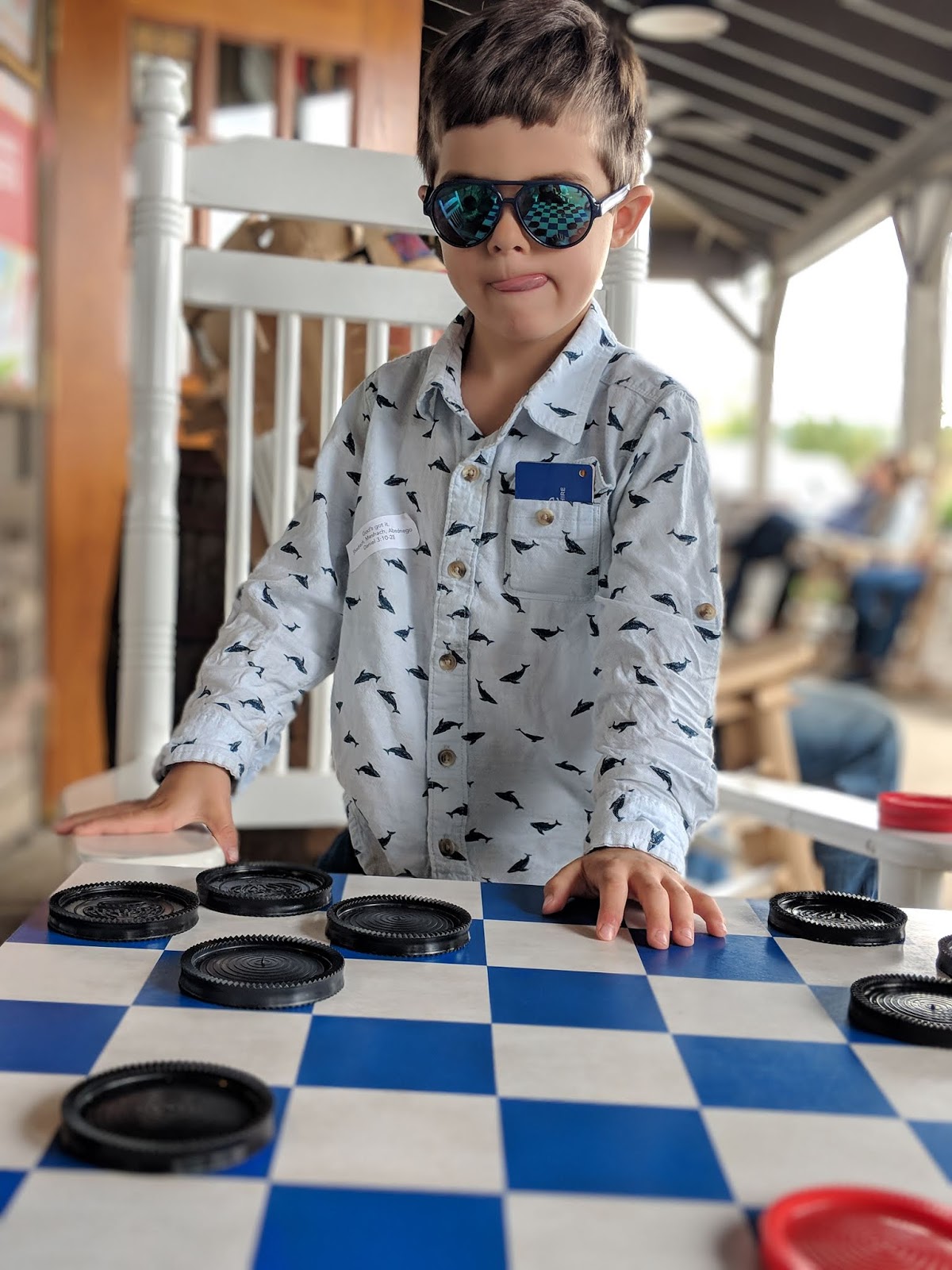 well I was on a roll with putting out one other blog post this week. But you know what, with so much going on in our lives right now I’ve decided not to put pressure on myself with this blog and just go with the flow. I shared my look in this rust colored fall poncho and some random thoughts that came to mind. I love how so many of you can connect on just random posts instead of always having to be Pinterest worthy, SEO sufficient, and all that good stuff. It kind of felt like the good old blogging days and I hope to just sit down and write and share whatever comes to mind more often. 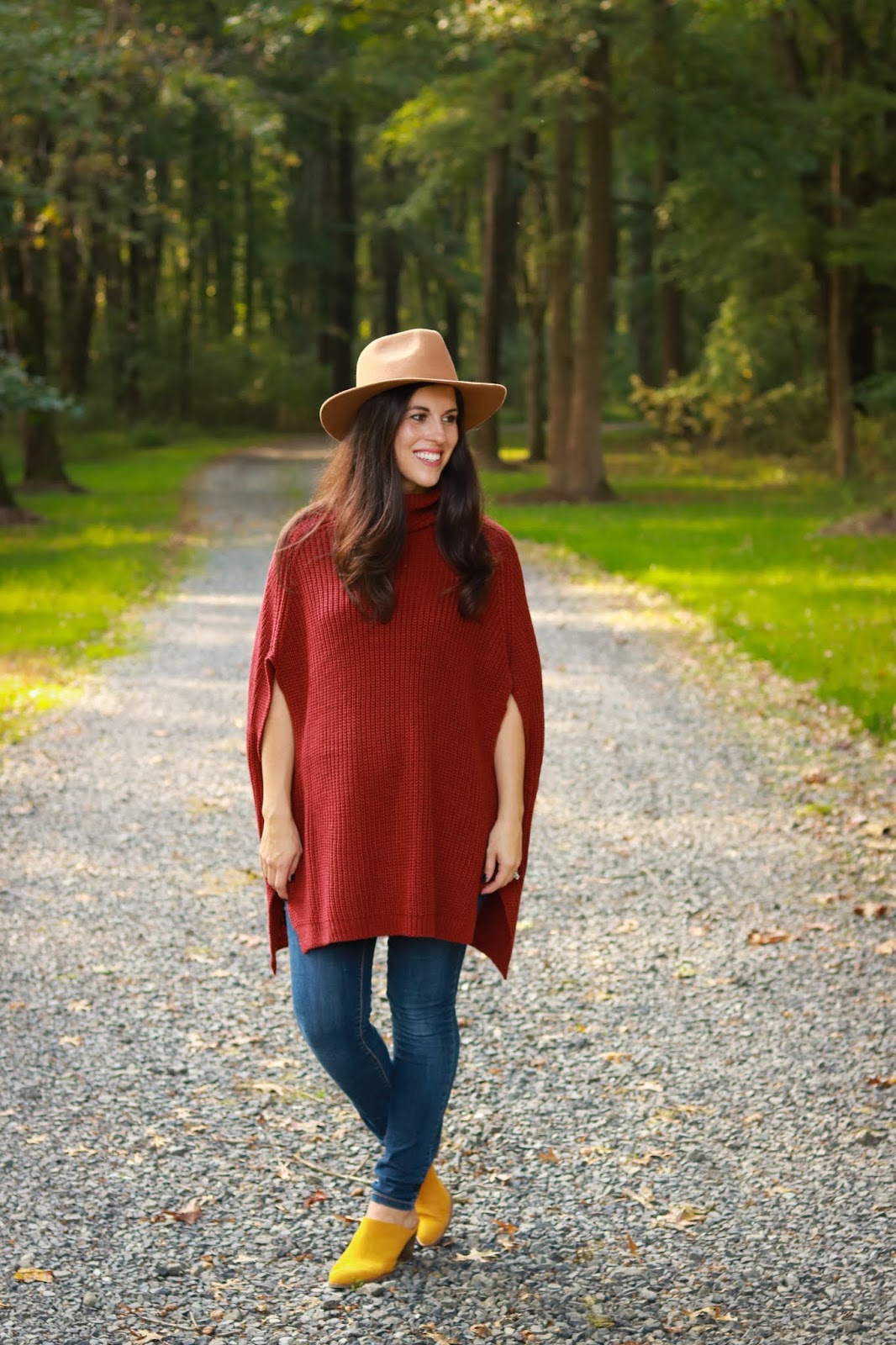 I took off on Monday since the boys were home for Columbus Day. I had high hopes of taking them to the park, spending some time outside, and what happened? Yup, it rained. Go figure. I tried my best to keep them occupied inside, which is no small task with two energetic boys and mega pregnant mama. I did have them go outside to collect leaves and pine cones which we put in front of a space heater to dry them off.

After they pulled the couch cushions off and set them up on the floor so they could do flips, dancing to Joy by For King and Country a 100 times, I finally got both of them to actually close their eyes for a bit. They woke up ready to go, so we did some crafts. I’ll share more about them in detail on Thursday when we have our girl chat link up. This month we’re sharing a DIY/Craft so be sure to join us and link up yours this week. 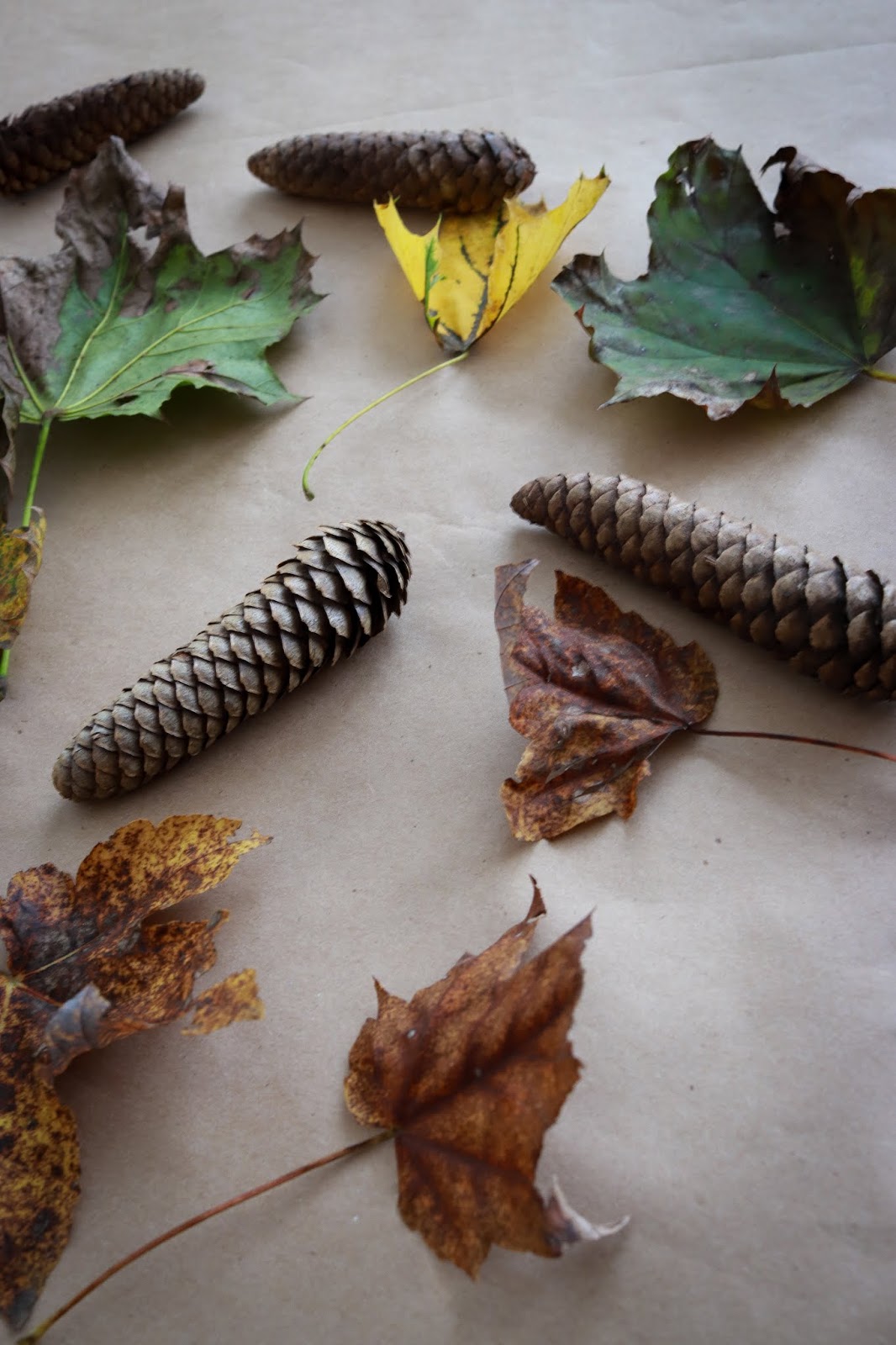 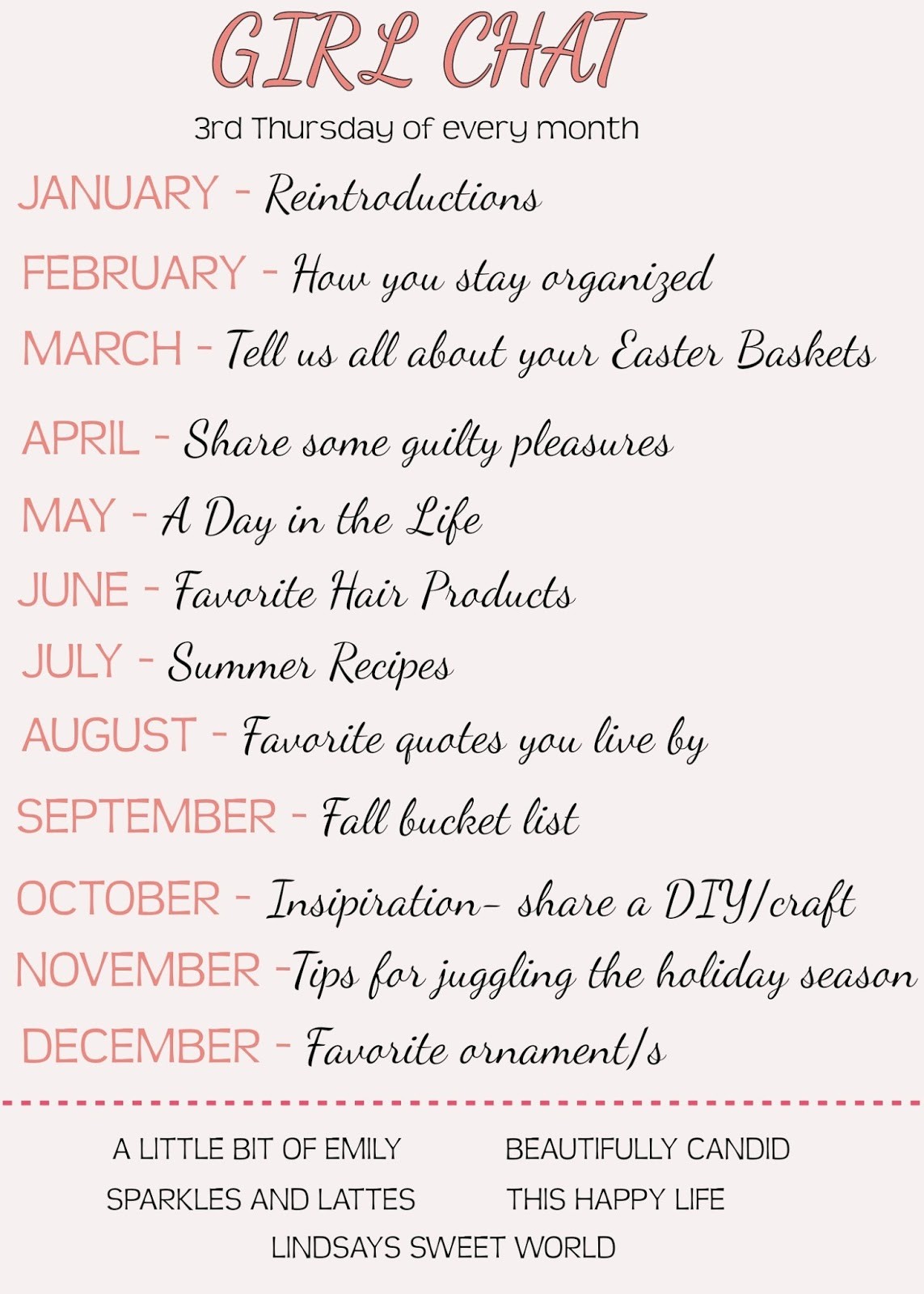 I hope everyone has a great weekend! Here’s where you can find me linking for all of the link up fun.