END_OF_DOCUMENT_TOKEN_TO_BE_REPLACED
Ahhh, can we all give it up for extra long weekends!! I am especially thankful that I was able to celebrate this special time with the boys and not have to worry about working on a Friday. It’s so hard when holidays fall during the week and there’s that awkward day that throws a monkey wrench into things.  You would think that being home with them this summer would give me a different outlook about the weekends, but if anything, it makes me appreciate them more.
Let’s rewind for a minute and get into this whole recap about our red, white, and blue celebrating. We packed up our things and headed to the beach on Wednesday night so we could be there first thing on Thursday to hit the beach and kick off the celebrating. 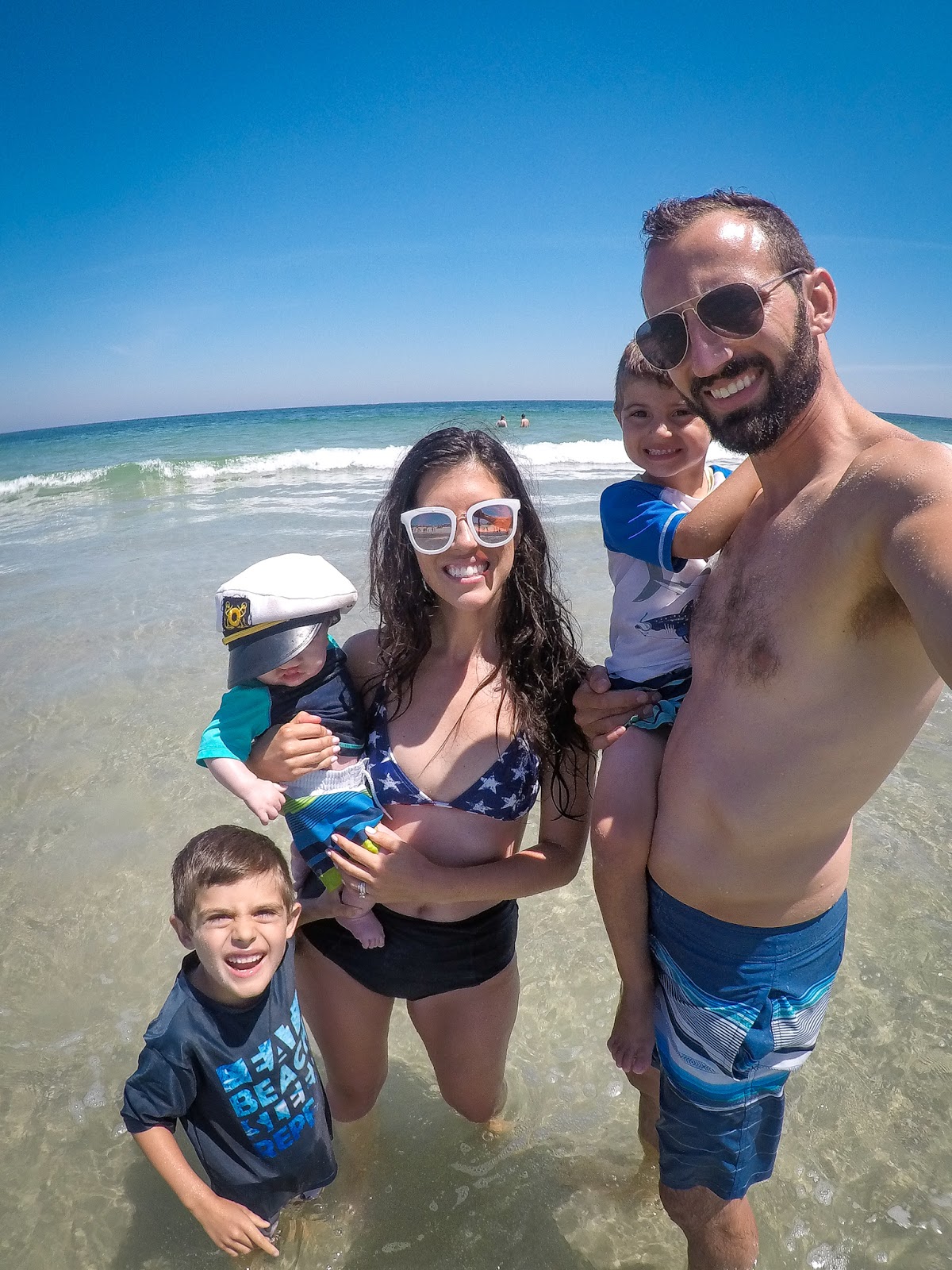 It turned out to be the most beautiful beach day and seriously everything about it was perfect. The water was so warm you could just walk right in, there was a light breeze coming off the ocean, the water was beautiful and so clear (and people want to knock the jersey shore), and the boys had the best time playing on the sandbar with us. 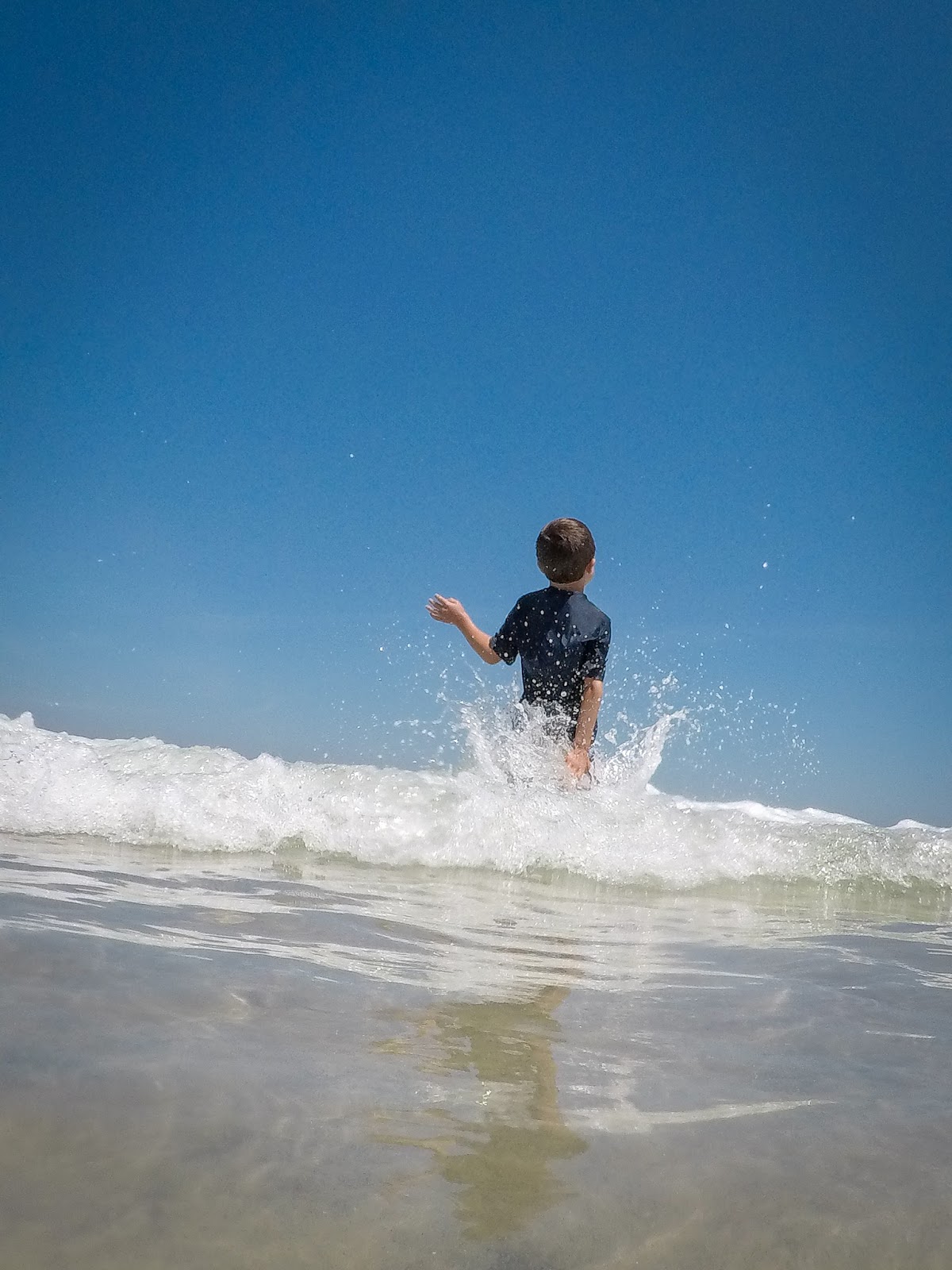 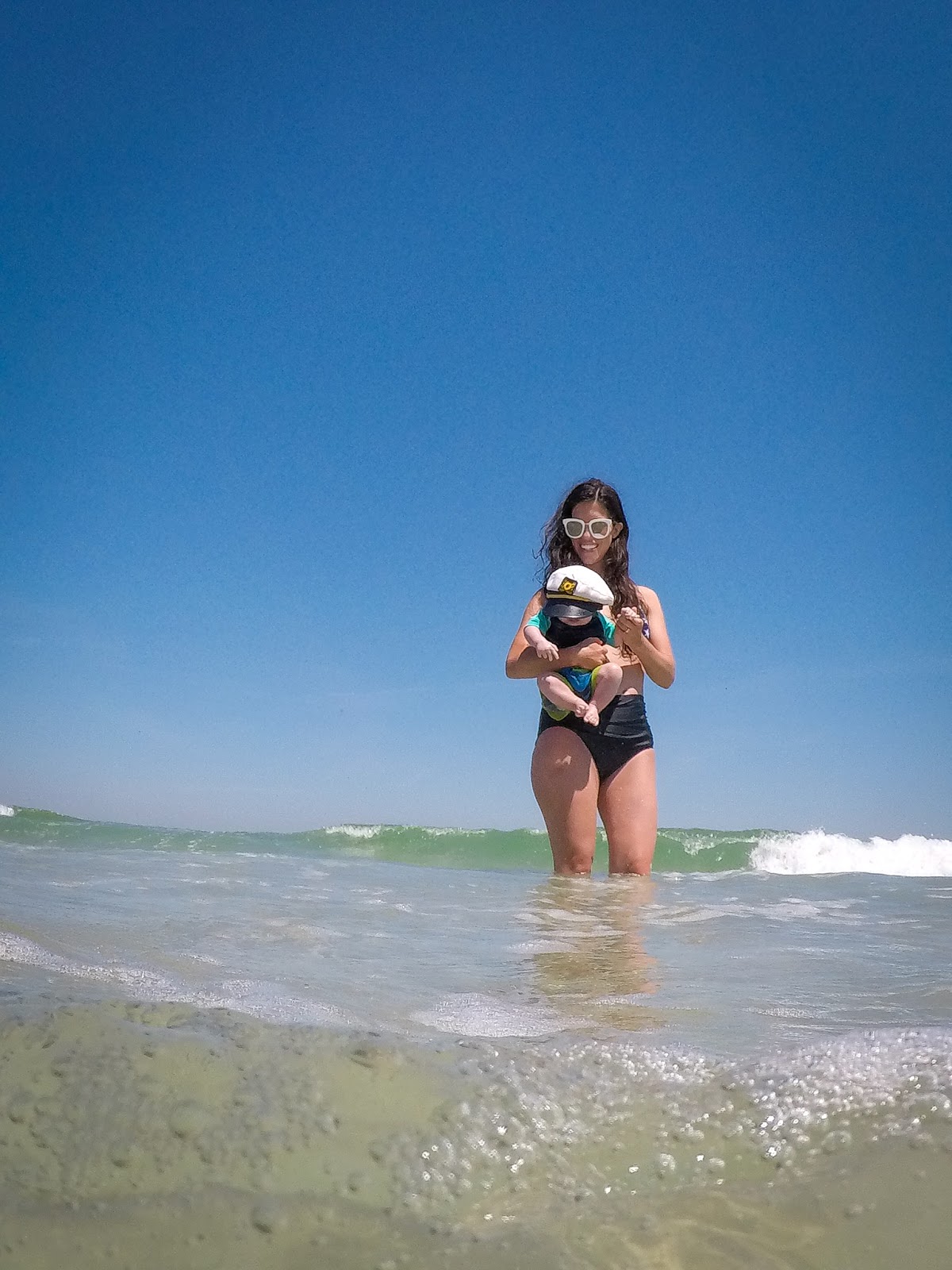 We soaked in every moment of it and spent the whole day the there. We packed sandwiches, lots of water, and all the snacks. You can never have too many snacks, right?! And treated the boys to some popsicles on the beach. Umm they lasted all of about one minute before all the messy melting took place. Good thing the ocean is right there to rinse off in. 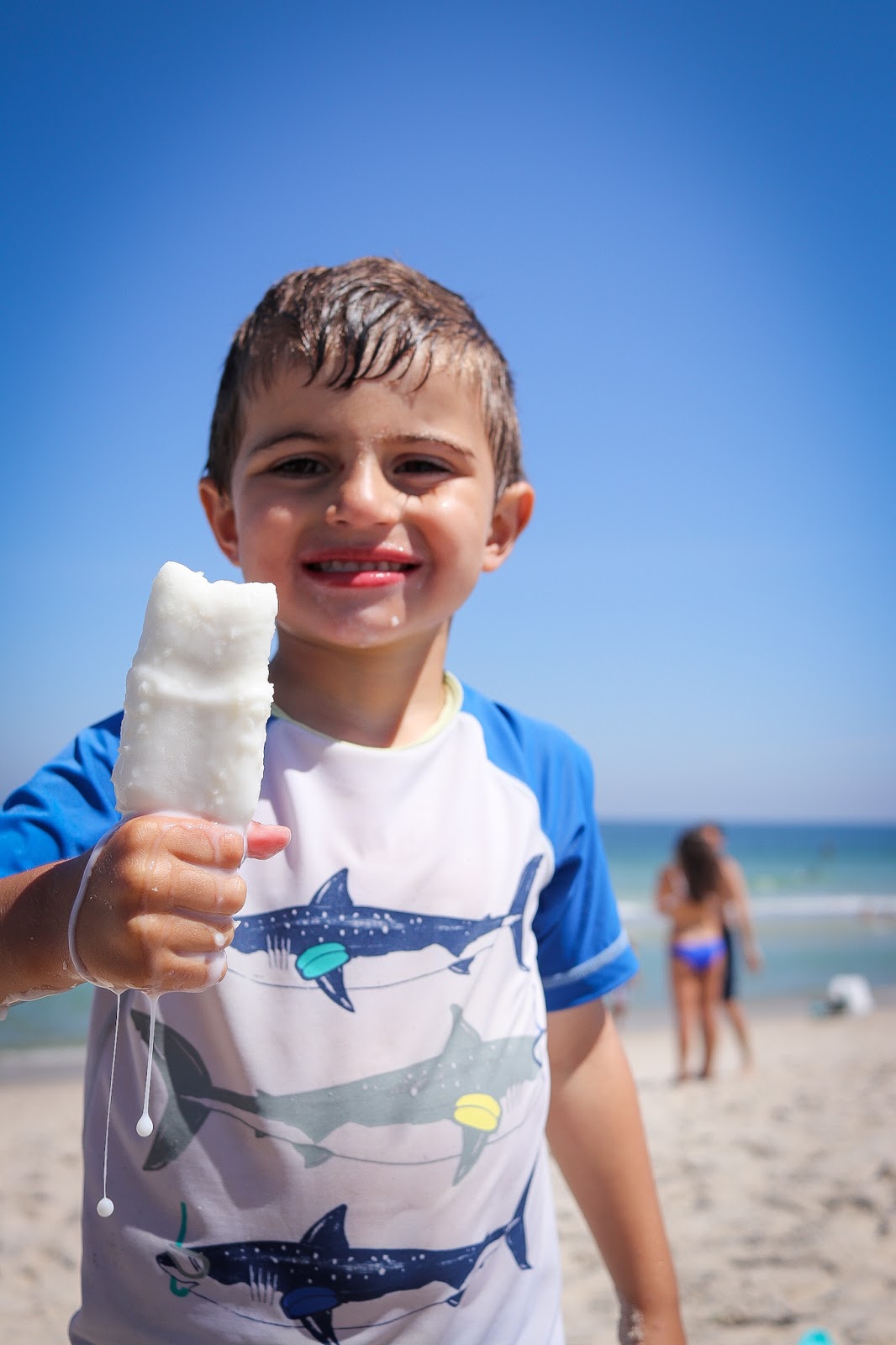 After getting changed and grabbing dinner we made our way back down to the beach to catch the fireworks. We brought sparklers for the boys but it was too windy to light them, so we promised them we would do them another day. I’m a firm believer in 4th of July needing to be an all weekend celebration. I didn’t capture any pics of the fireworks because baby C started to have a meltdown. It wasn’t because of the fireworks, he did stop for awhile and was smiling when he saw them, but I think he was just overly tired and completely over it. Eric went back with him early and I stayed with A and little nugget to watch the grand finale. I did get a picture of him with his sparkler once we got them lit. 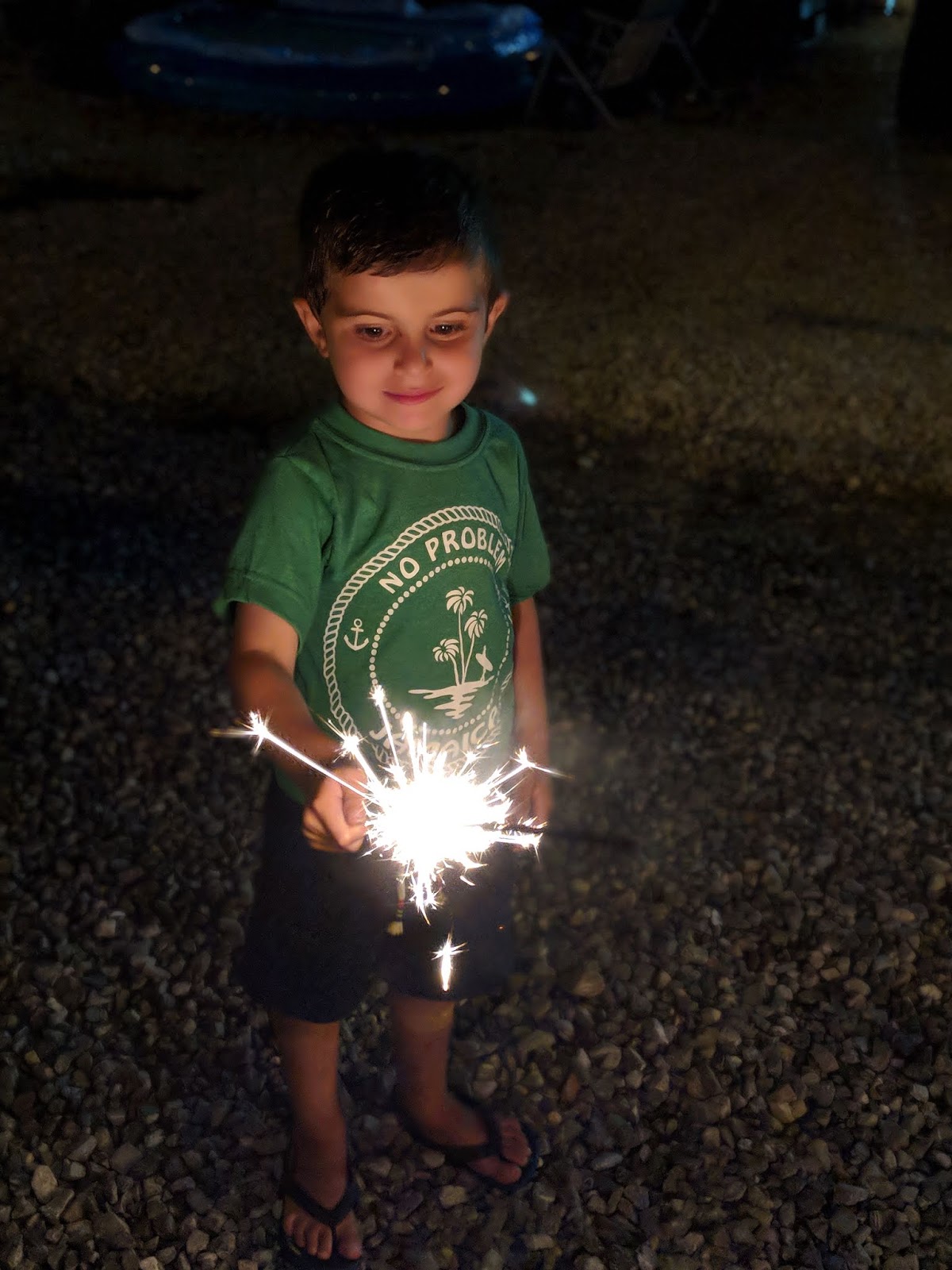 The next day we woke up to some overcast skies and decided to go crabbing on the dock of the bay. I could not even with baby C in his little captains hat grabbing onto the ropes of the crab traps. He is just too cute and melts my heart over and over again. We only caught a few and most of them were small and not big enough to keep. We heard it’s been an odd season and not many people have been having much luck. A was determined to catch more and probably would have stayed on the dock the whole rest of the weekend. When that boy has his mind set on something there’s no stopping him. He saw a larger crab crawling up one of the posts to the dock and got Eric to lean over with the net and catch him. It ended up being the biggest one that we got. 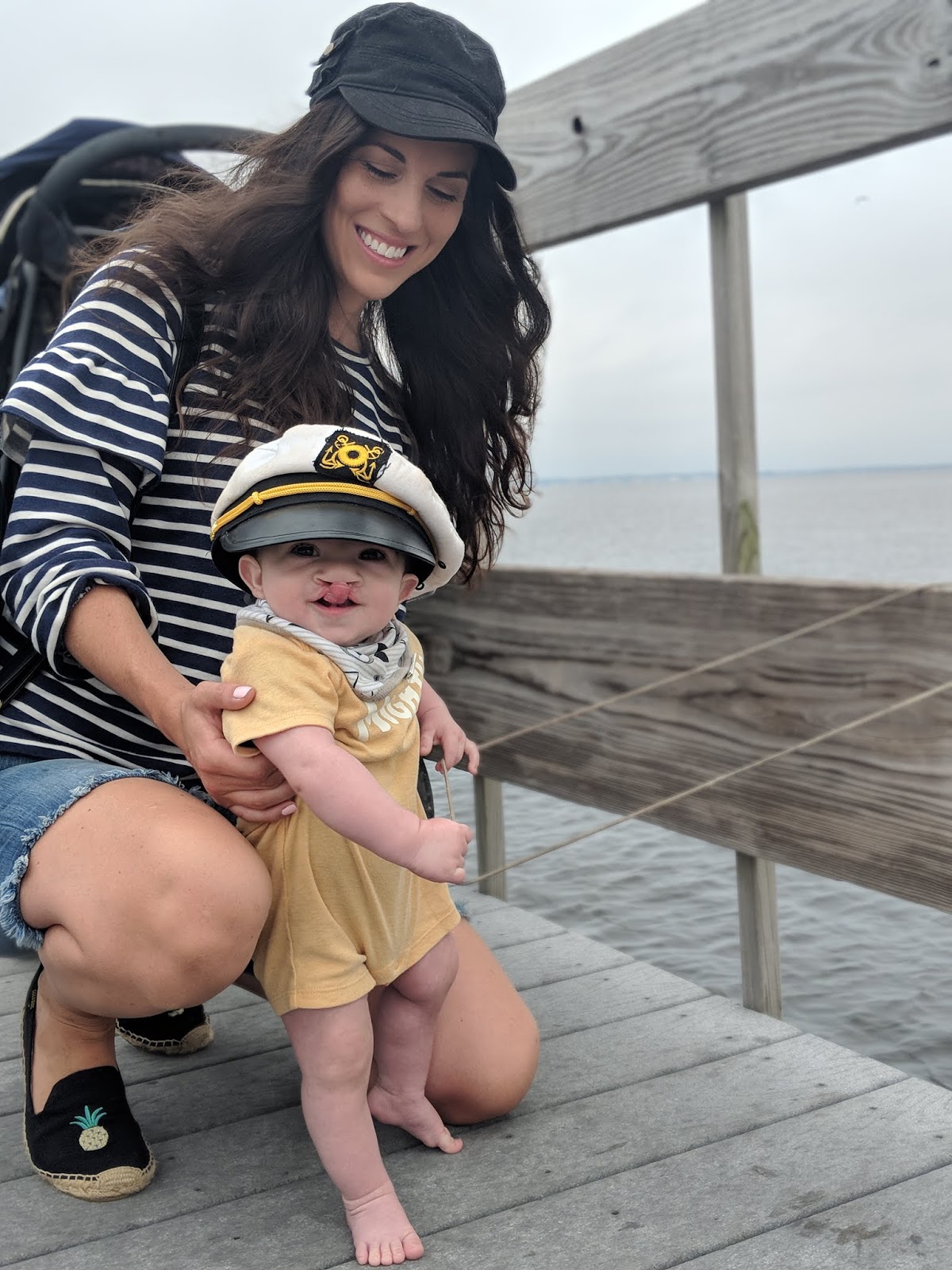 We kept it low-key that day and the boys had some special time with their grandparents up at the boardwalk playing games and winning prizes while Eric and I did some shopping and had some special time with baby C.
Later on that night we made our way back down near the bay to catch the sunset and let the boys play on the playground. I couldn’t resist snapping some pictures of the three of them together. They are seriously my everything. 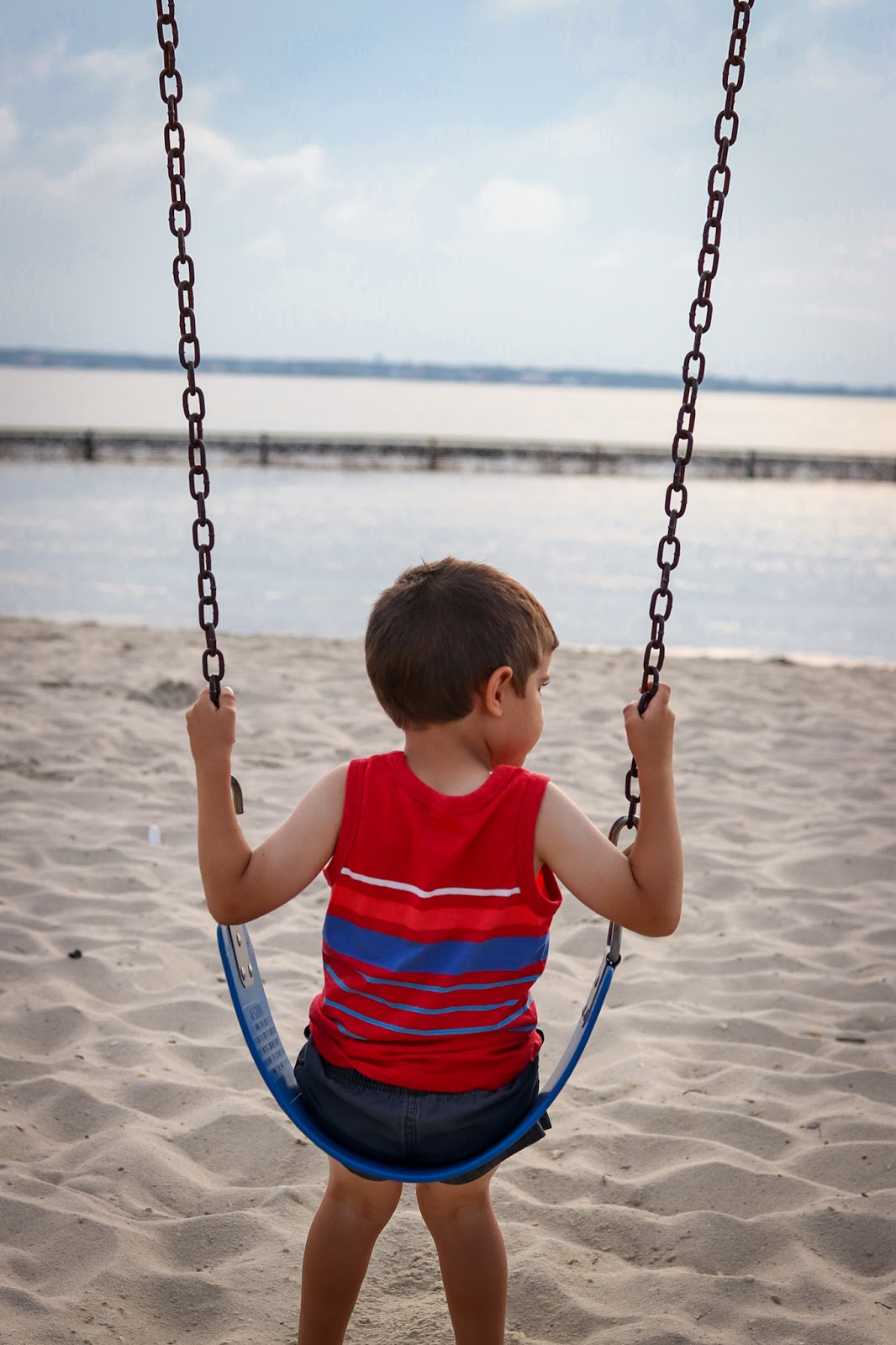 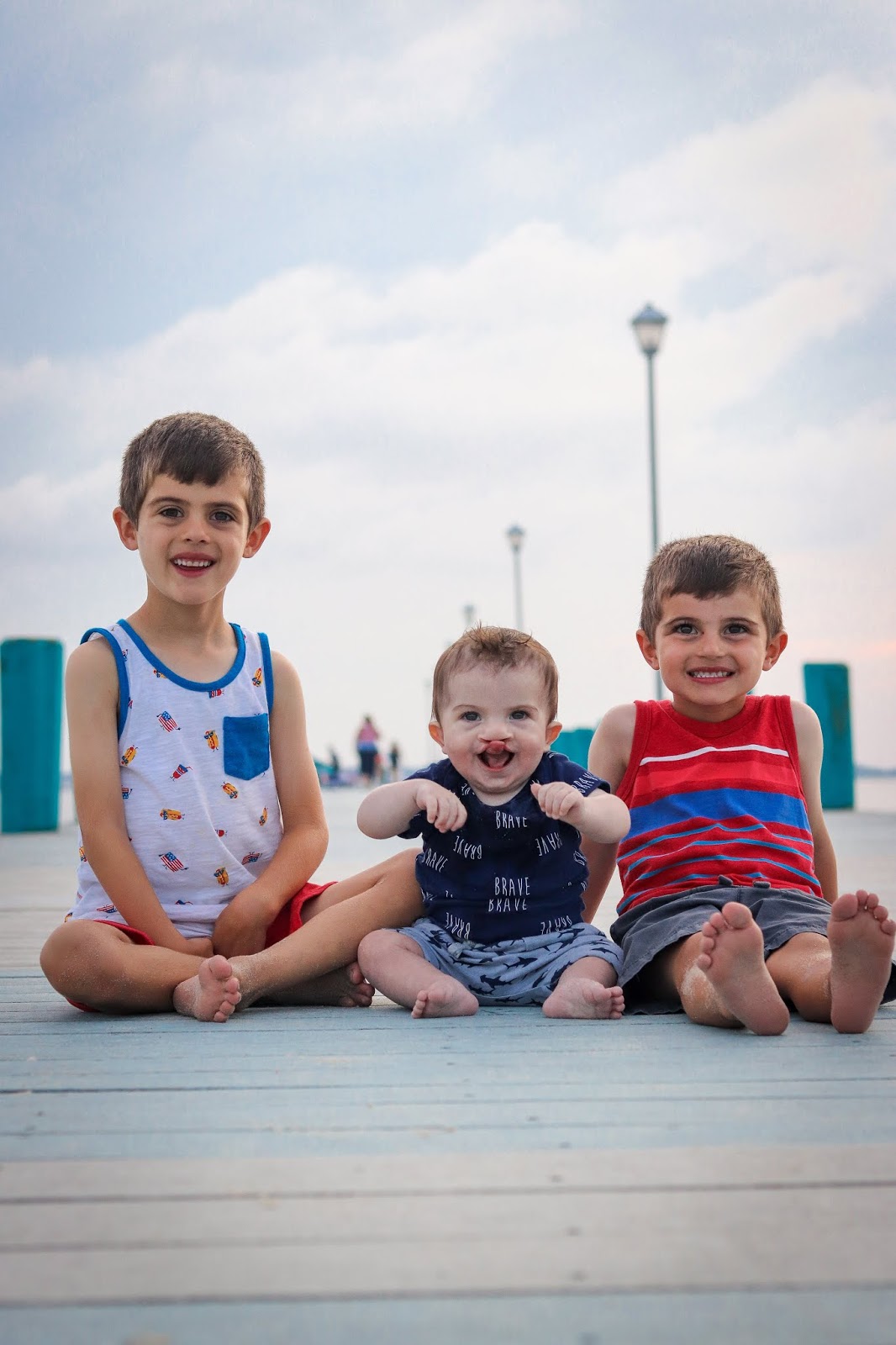 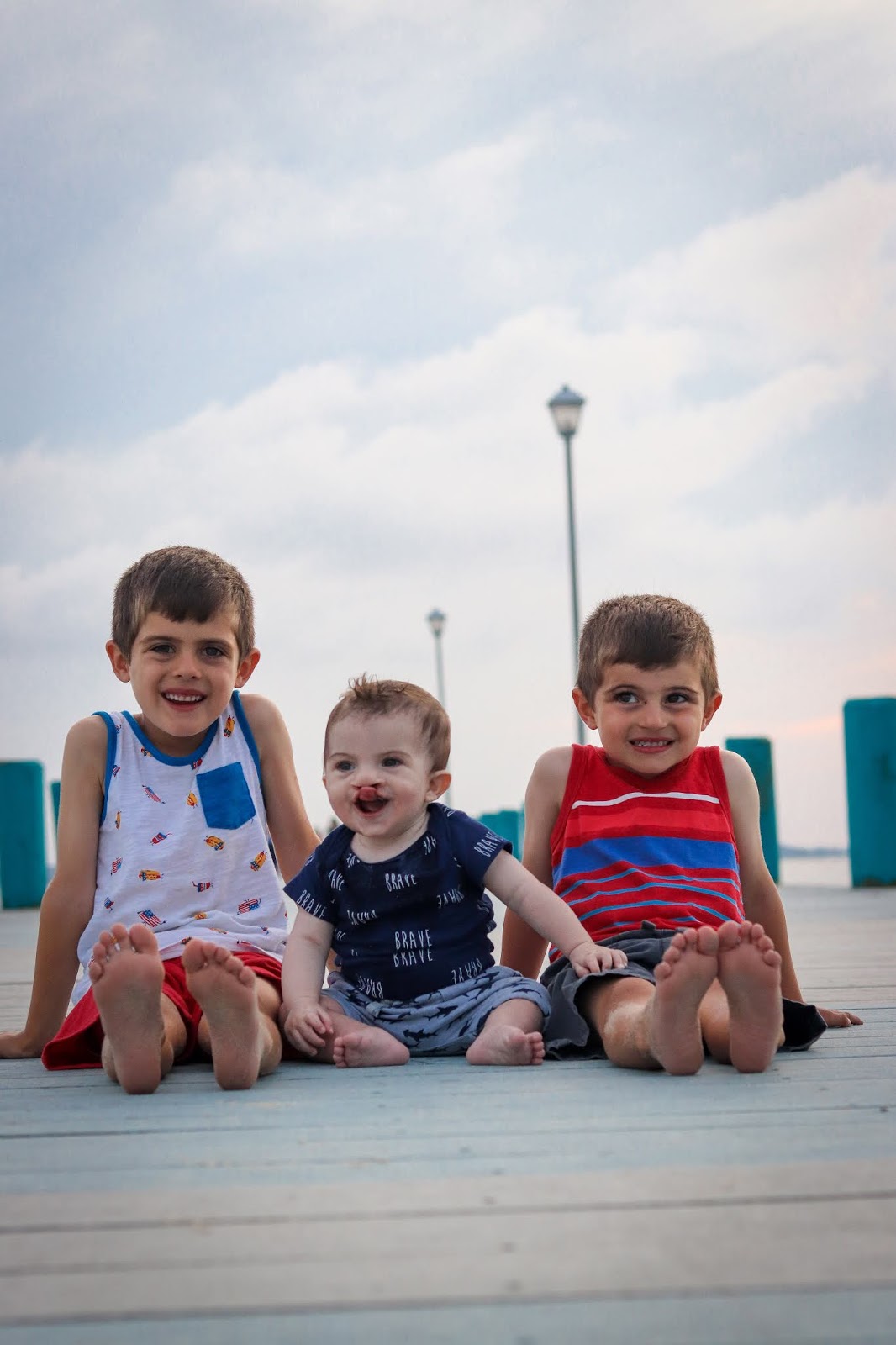 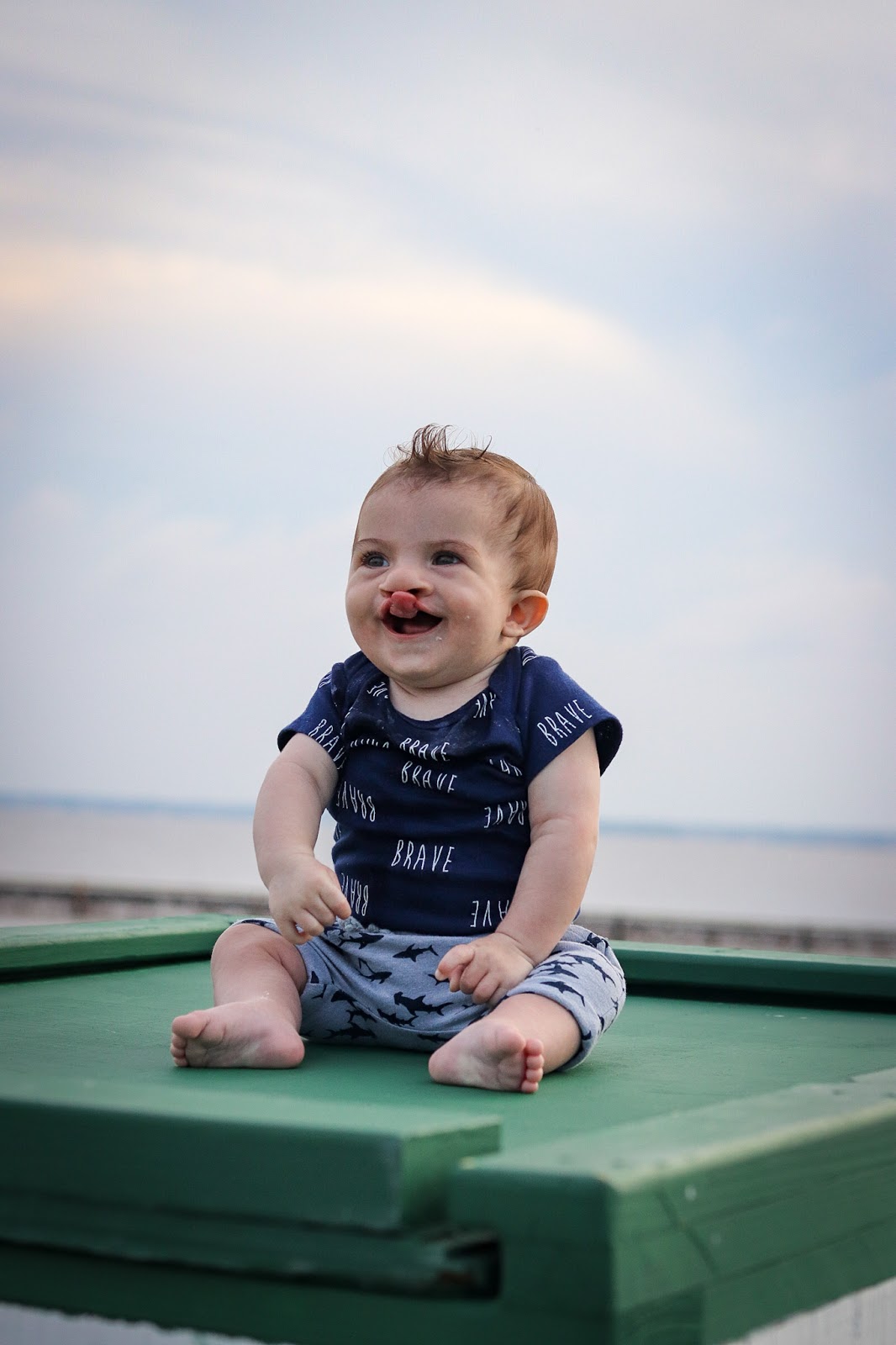 A sweet stranger saw me taking some pictures and told me that she knows how to work the type of camera that I had. She offered to take pictures of Eric and I with the baby and also grabbed a quick family pic. She said you can’t pass up these moments with them, especially when it’s the baby’s first 4th of July. She’s right. Pictures are my favorite (if you can’t tell) and so special to be able to look back on. 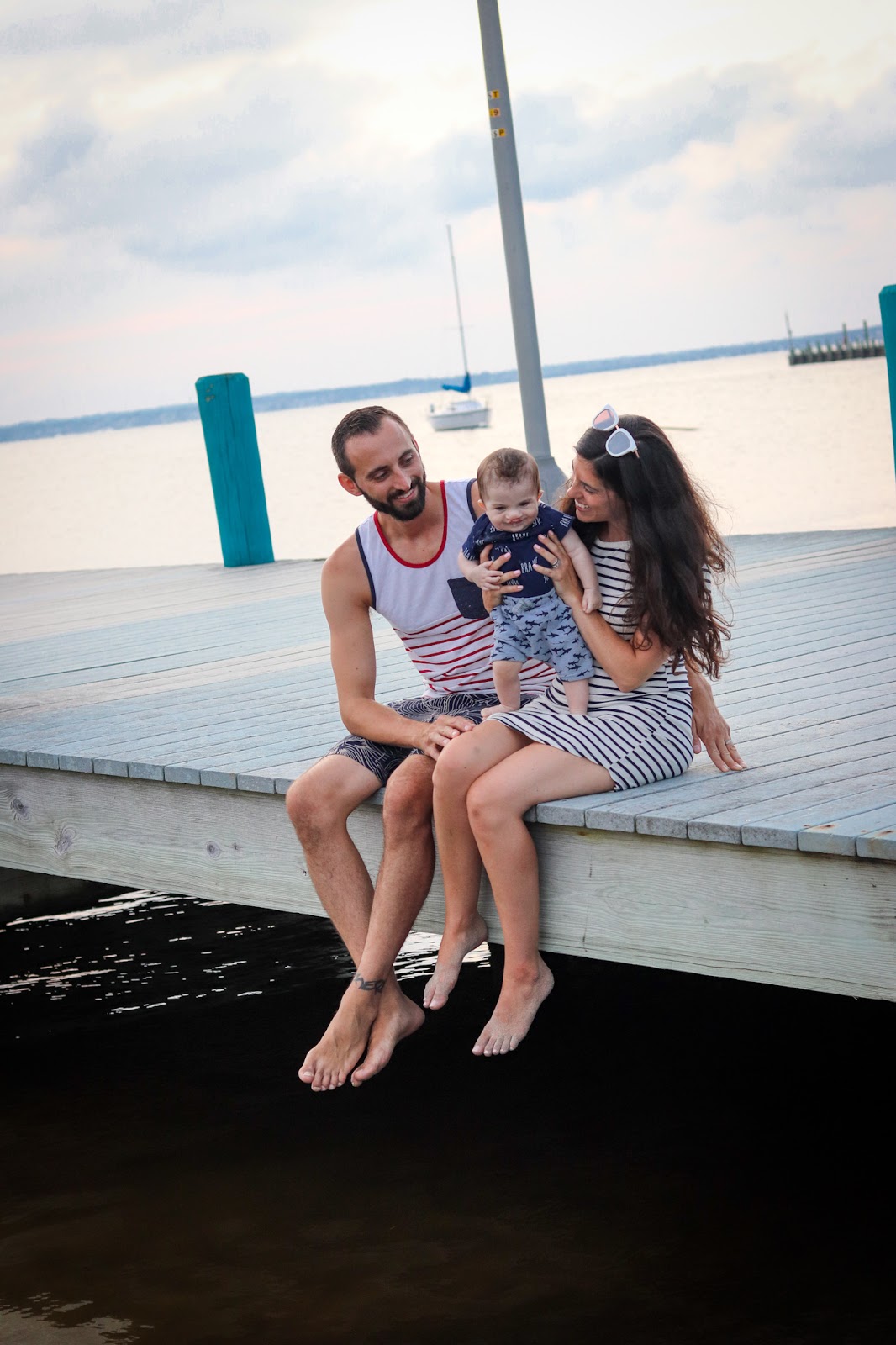 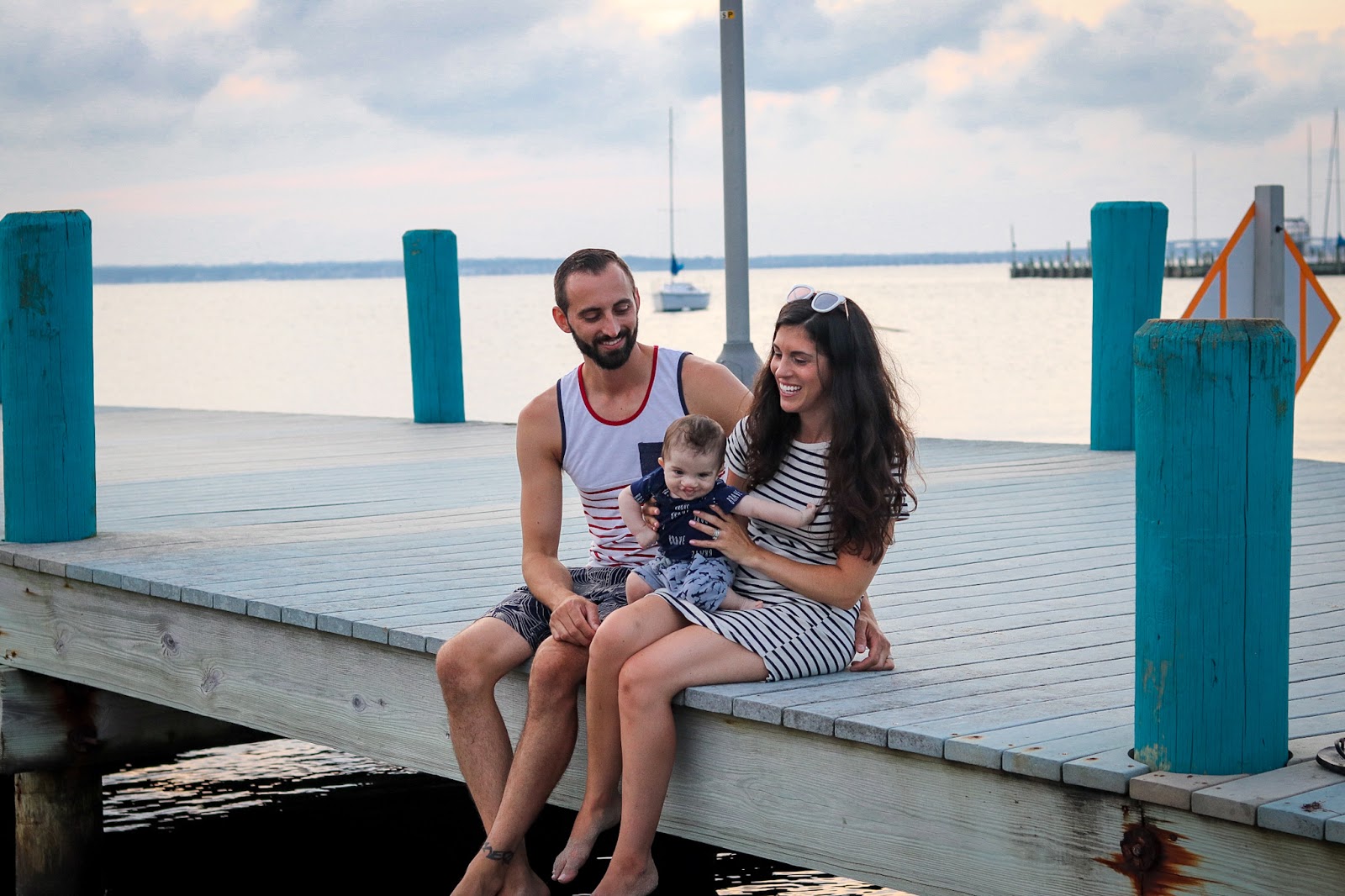 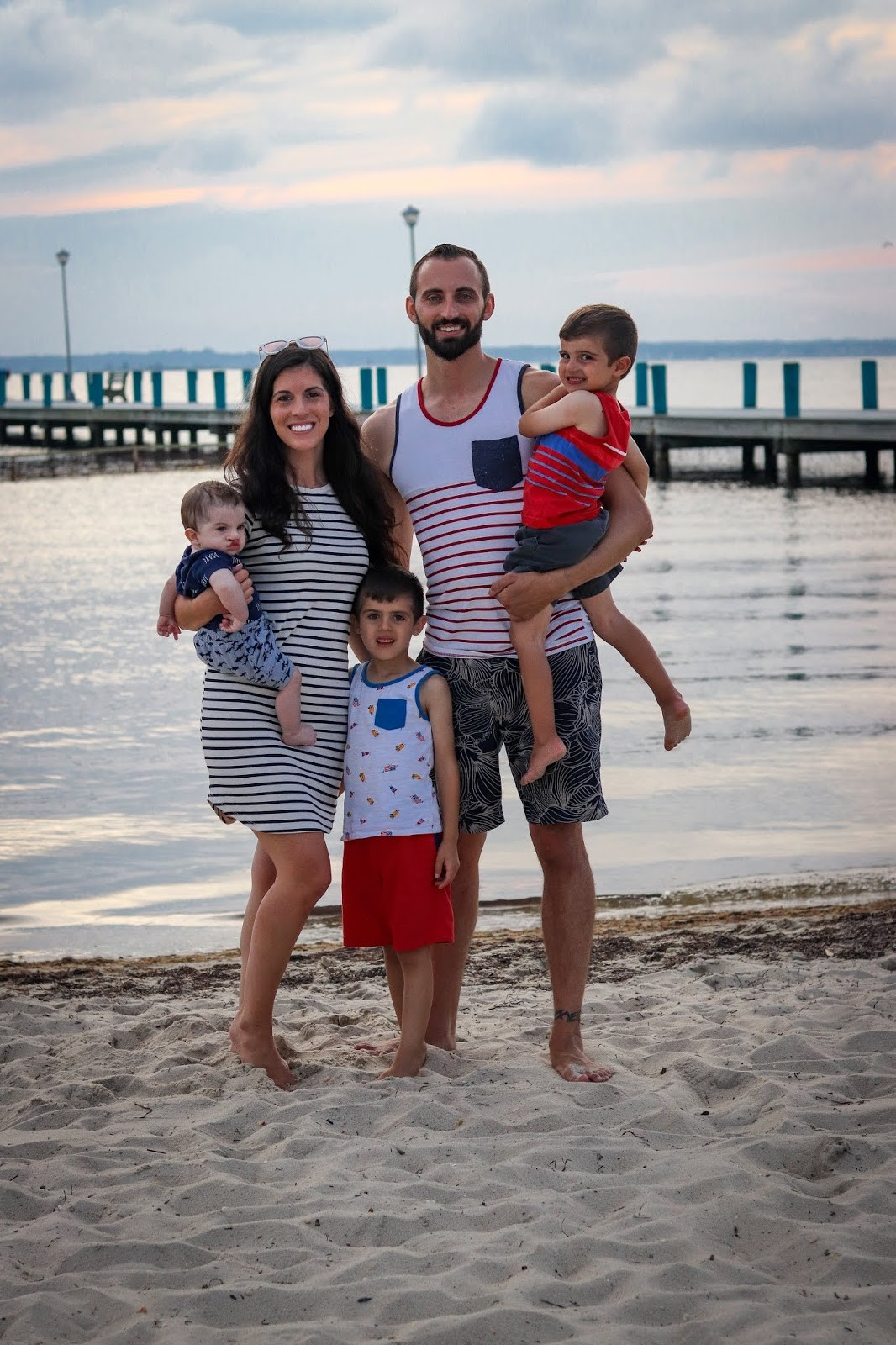 The sunset ended up being so pretty and it was the perfect way to end the day. 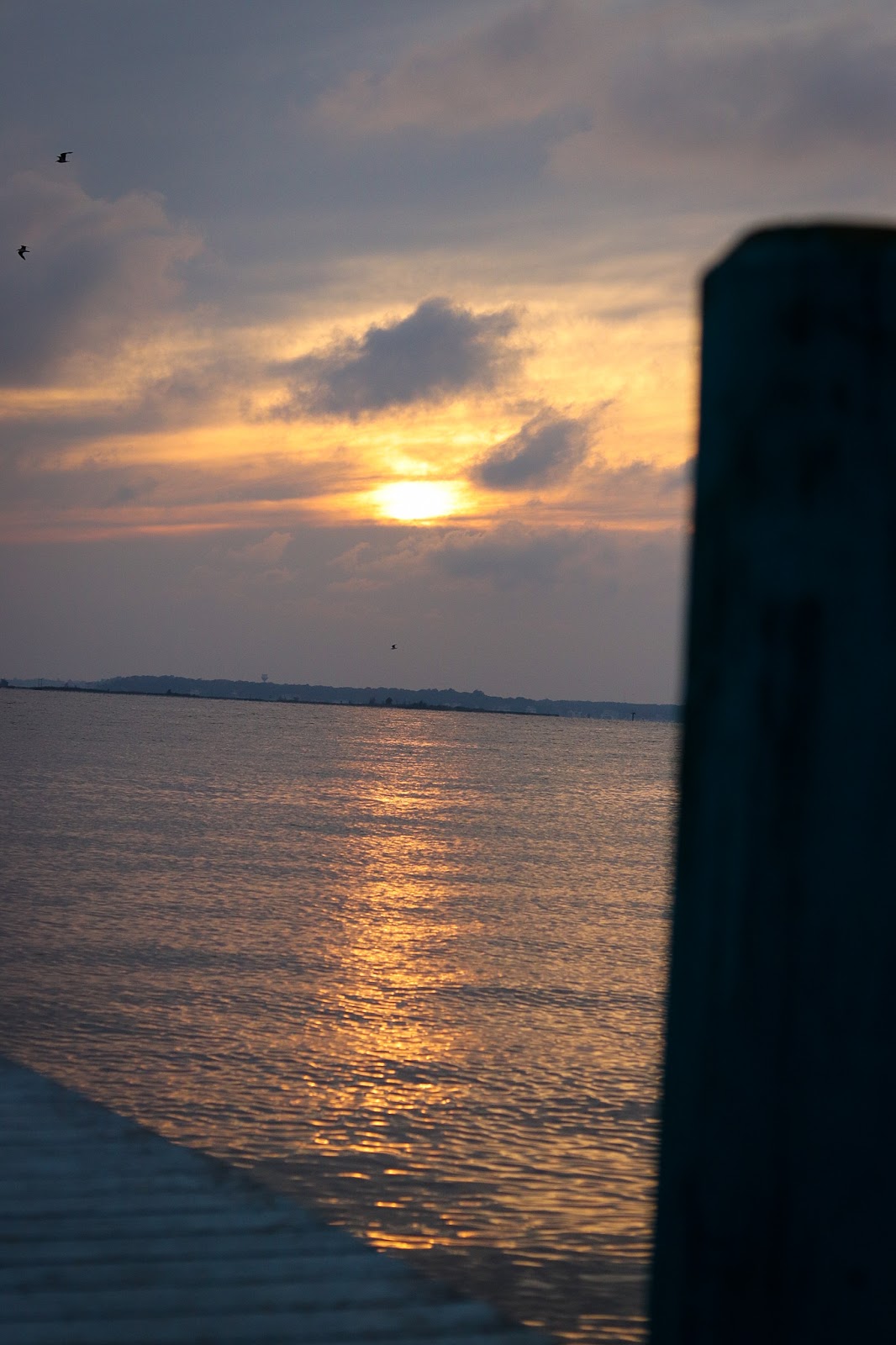 The next day we woke up and were back on the beach bright and early. The boys were hoping there would be another sandbar but the waves were actually pretty rough. A and I went into the water once. He was on my back, and as soon as we got past the wave breaks, it dropped off and was too deep for me to be able to manage with him. We decided to go for a walk instead and walked up and down the shore line. We looked for shells and the boys enjoyed finding “treasures”, not sure an old bottle cap counts as that, but it made them happy. 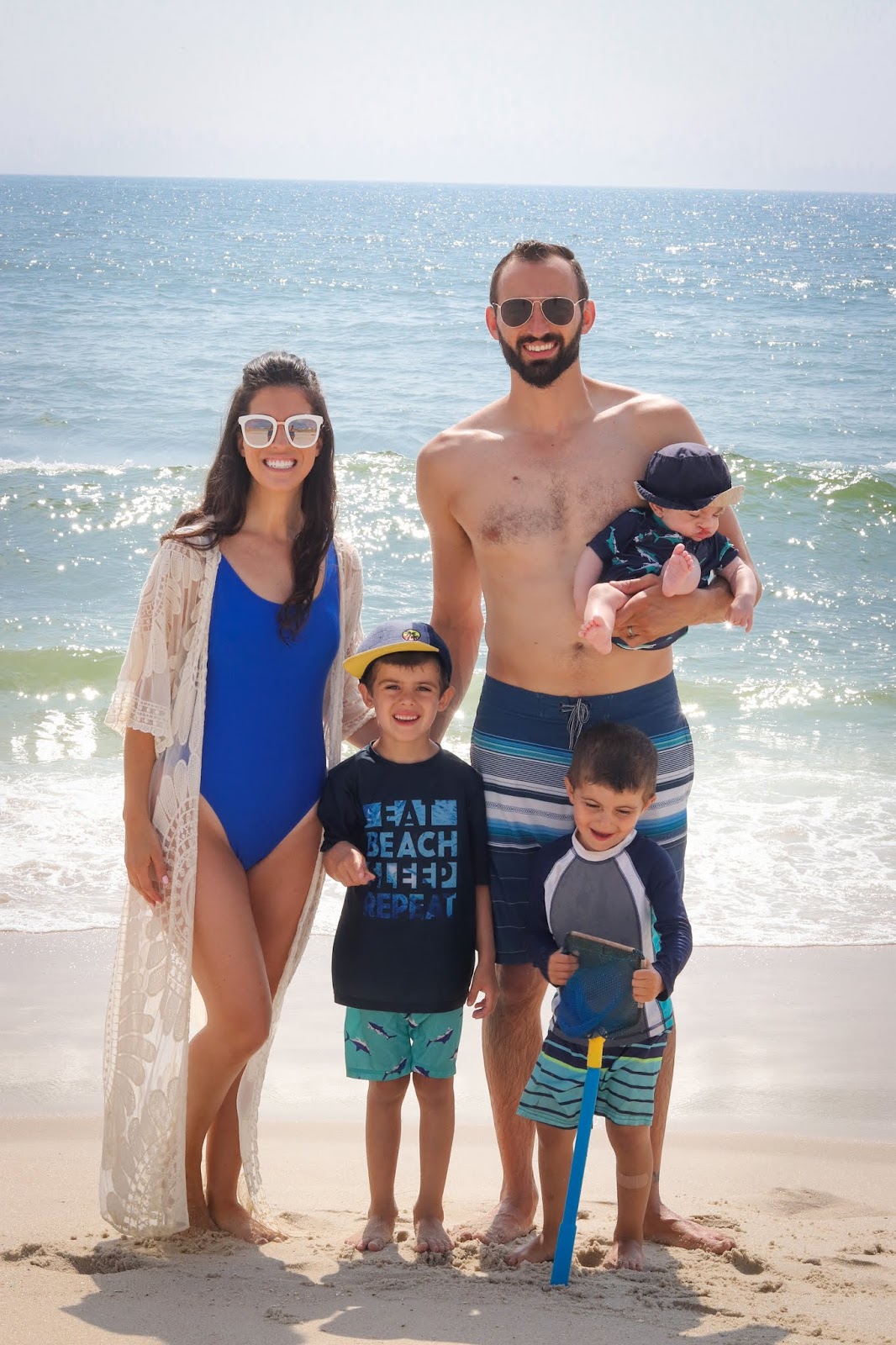 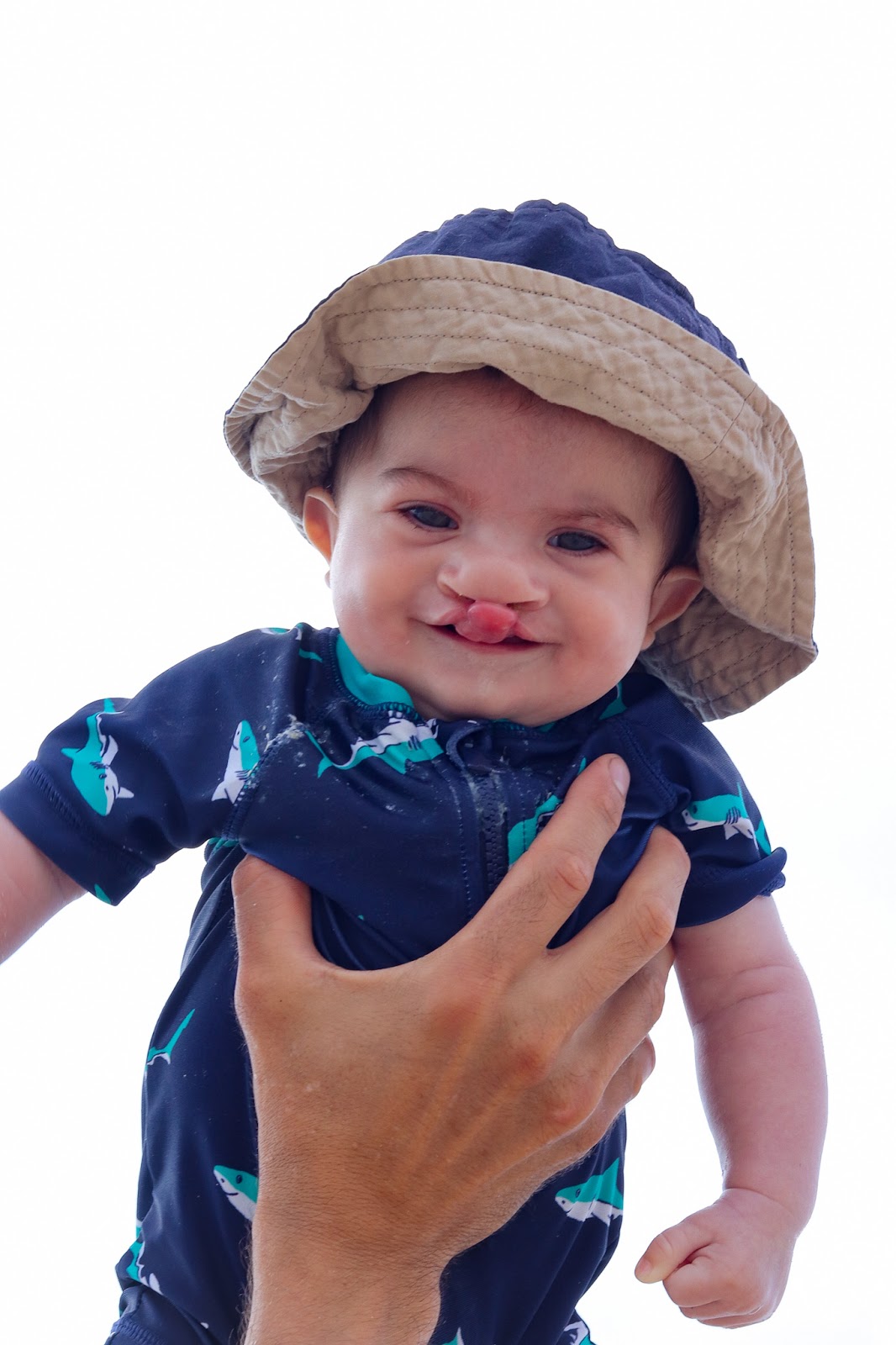 Sure enough, a storm did roll in behind us and we packed up our things once we heard thunder off in the distance. It ended up pouring the rest of the afternoon and we made it back to the house just in time. The boys started to get a little antsy, and after watching two movies and not having any luck with anyone napping, we decided to head back home. The weather was originally calling for rain all Sunday, and with a forecast like that, and knowing we had other things at home we could tackle, we felt going back was best. Welll, wouldn’t you know Sunday ended up being another nice day so we could have stayed. Yeah, last time I listen to the weather forecast. 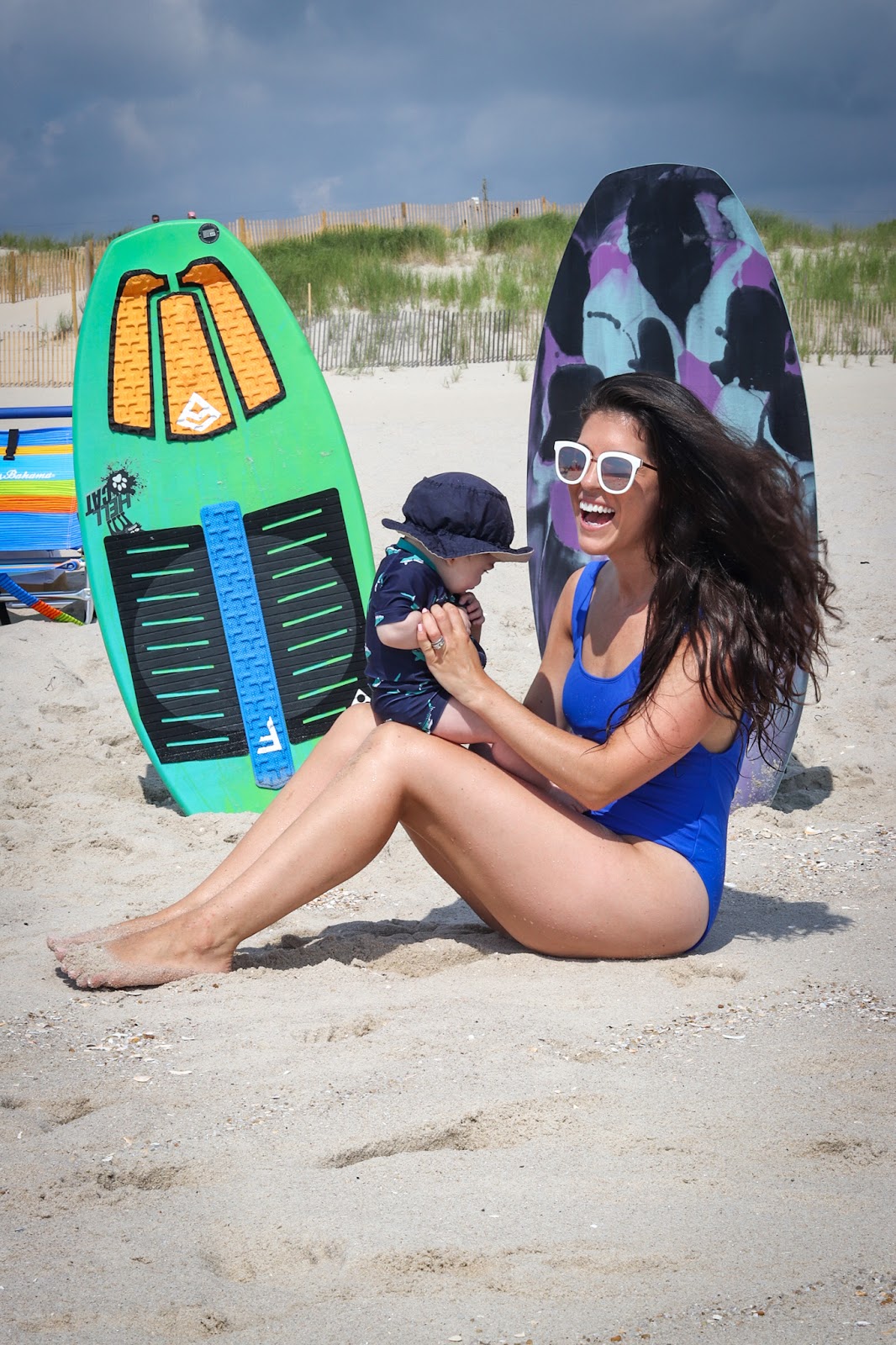 It wasn’t anything lost though. We got to go to church and went over my sisters afterwards and let the boys take a dip in her kiddie pool. When we told the boys that morning we were going, it was so cute to hear little nugget thinking his aunt now had a bunch of “kitties” that she was putting in a pool. The mind of a three year old is so precious. 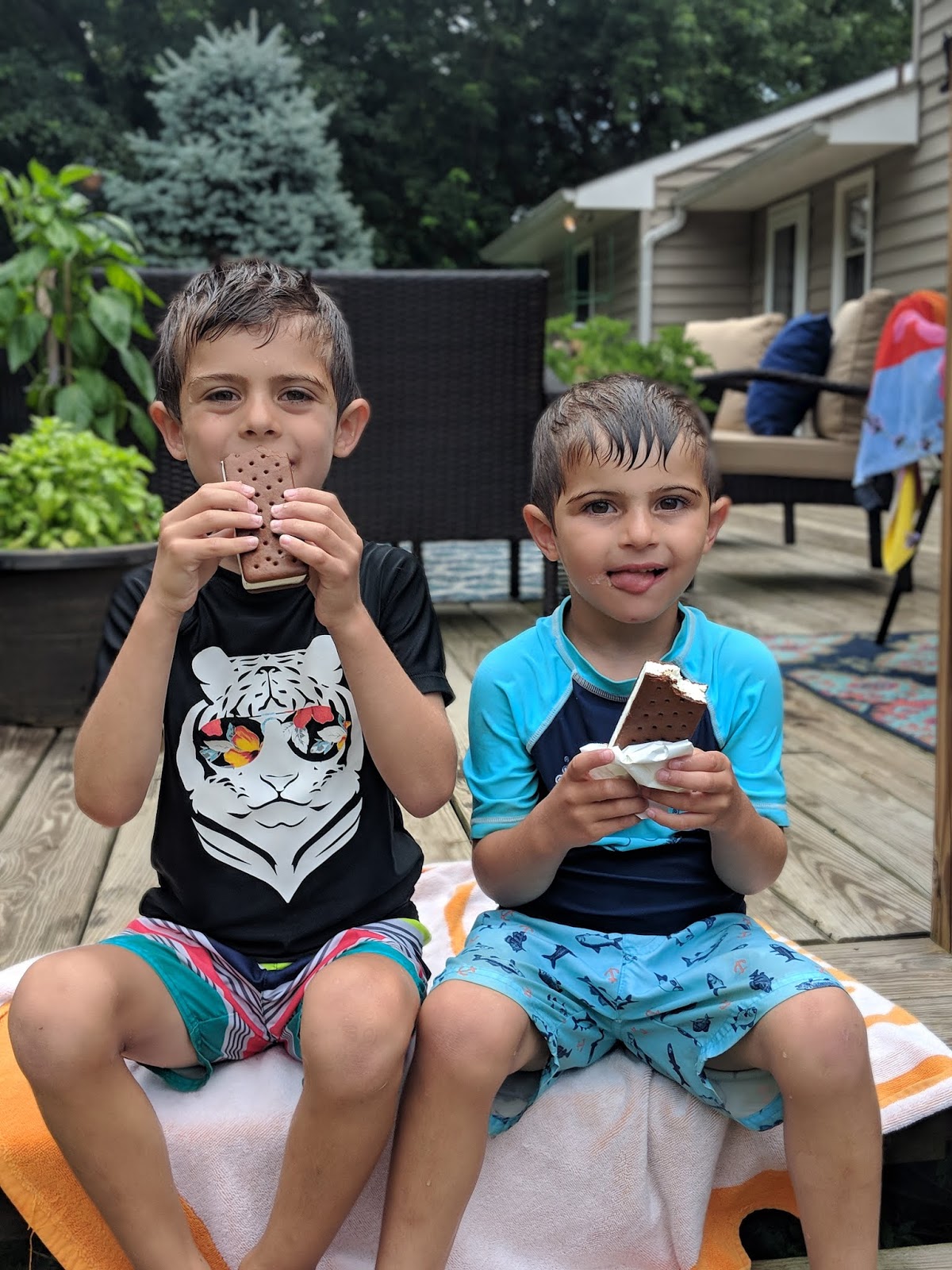 I hope everyone had a great long weekend! Now let’s all hope the summer slows down a bit and we don’t blink and find ourselves at Labor Day weekend.