END_OF_DOCUMENT_TOKEN_TO_BE_REPLACED
It feels like forever since I did much of an update around here. Skipping out on a few weeks of Friday favorites left some memories on the table that I wanted to document. I’m not even sure where to begin because life has been all over the place for us lately. There have been many moments filled with so much joy and happiness and then others that brought on some tears, stress, and a whole lot of chaos. Somehow in between a few deep belly laughs and trying to remember if all my kids ate before leaving the house (eek and the dog), we always find a way to work it out.
So what’s been going on lately? I’ll share all of the randomness here…
1. Christmas: we got to spend Christmas in our new home. Even though it wasn’t decorated how I would have liked (there’s always next year) and there’s still a lot to be furnished, we had 25 relatives over to celebrate this special time. It was also baby C’s first Christmas which made it extra special. He also turned one month old and I can’t believe how quickly that went by. It was so nice to have everyone together and we all had such a good time. 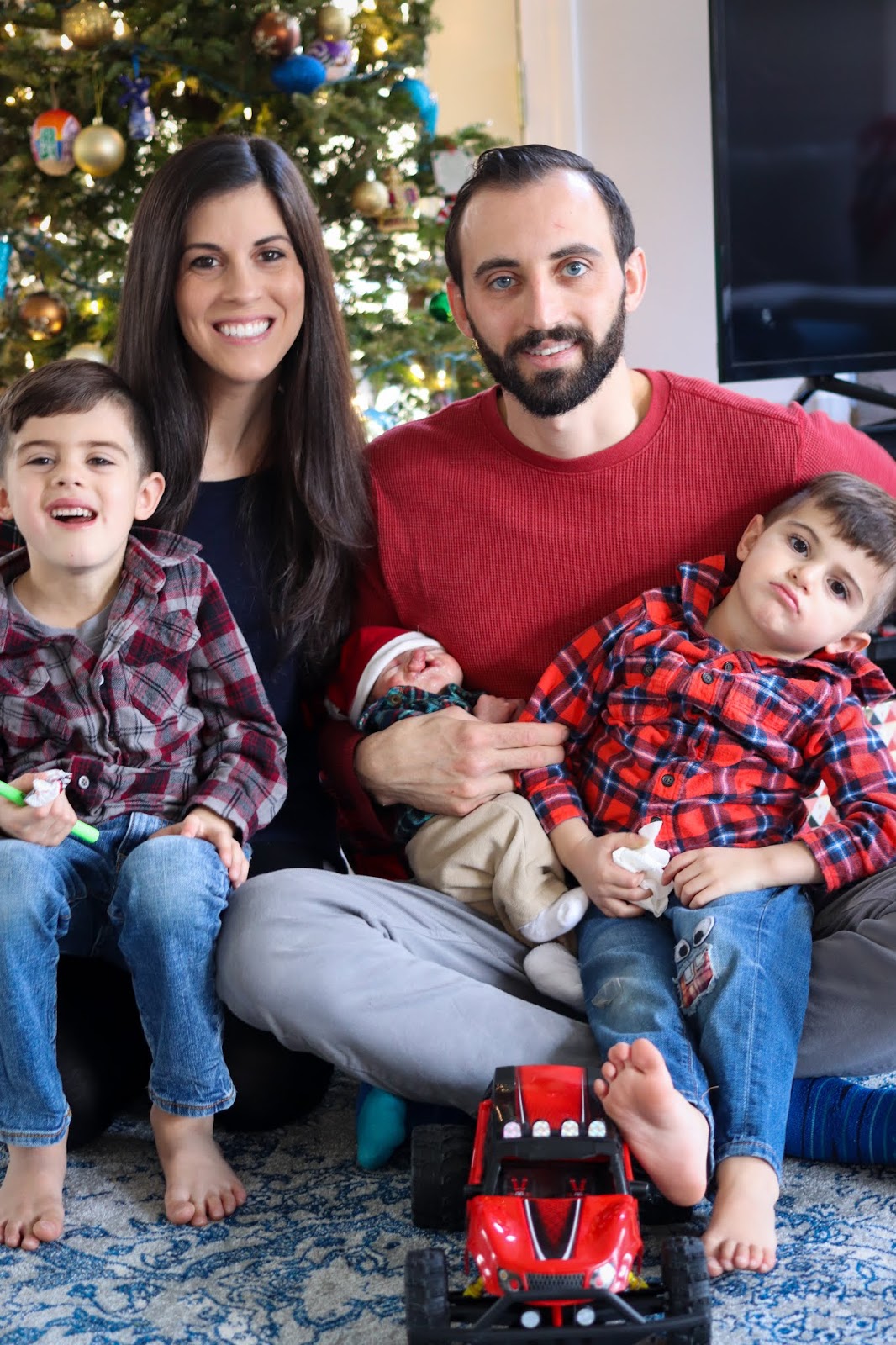 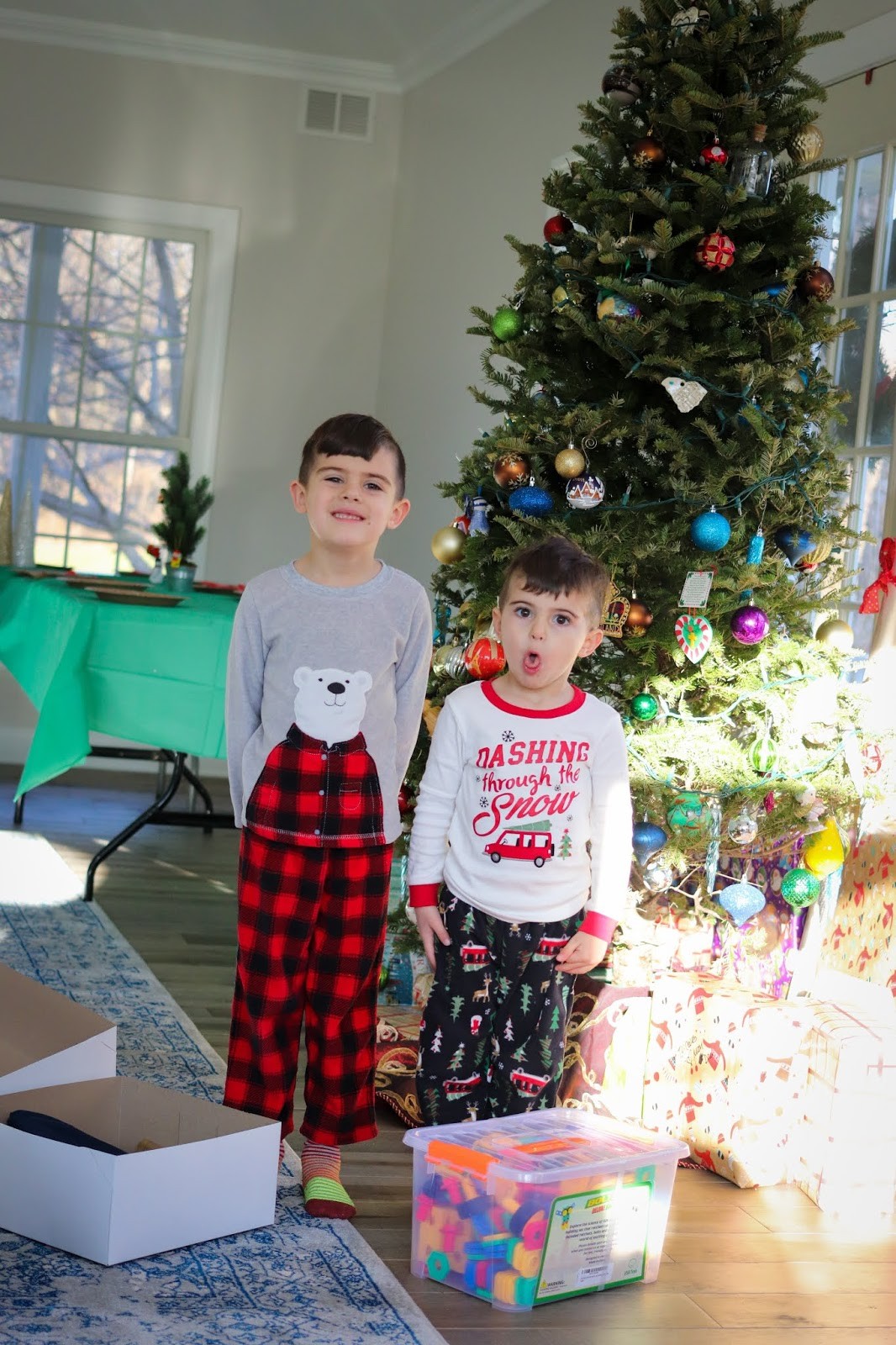 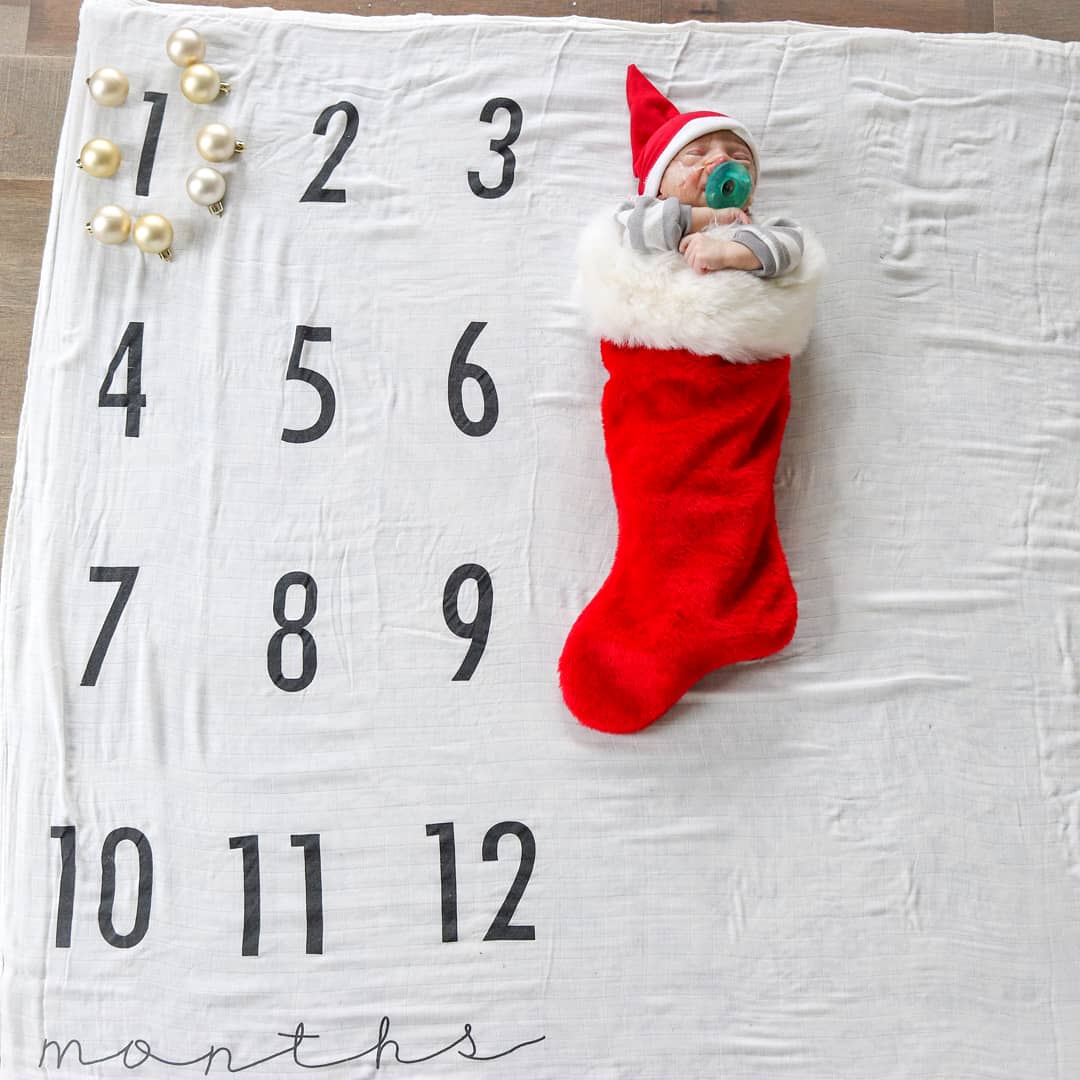 2. Bury the hatchet: if you caught my insta stories then you might have seen a group of us went axe throwing. My brother in-laws were in from Cali and my brother was in from Chicago, so it was the perfect time for a throw down. And guess what? Axe throwing was a lot of fun! I wasn’t sure what to expect but it was a bit of an adrenalin rush. I would definitely go again. 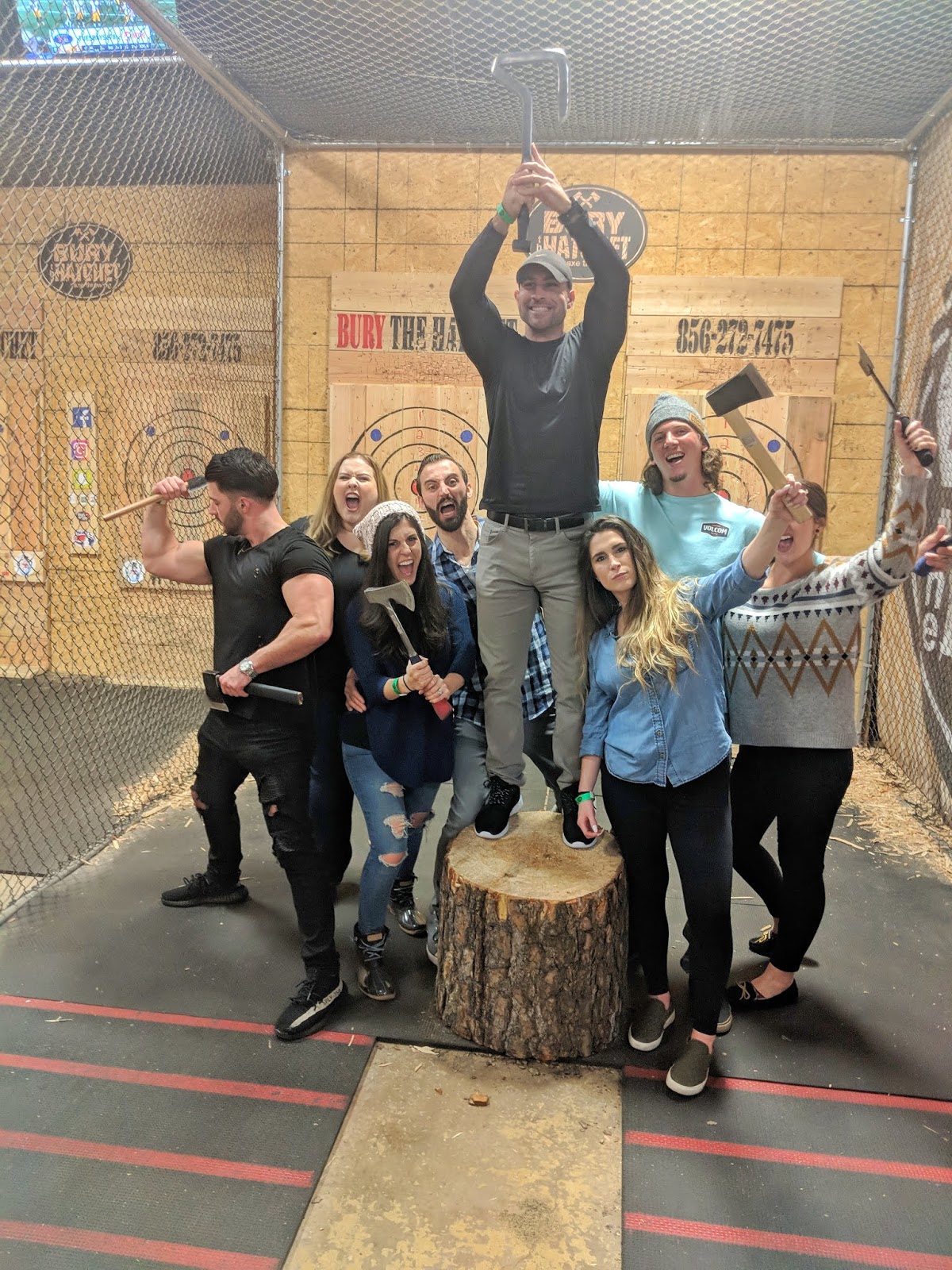 3. Little C: where to start with my precious peanut. You guys, he is seriously like a piece of heaven. He is just the sweetest thing but it sure has been a little challenging. We knew there would be some hurdles to overcome before we are out of the woods with everything. I plan on doing a more detailed post about our cleft journey so far. But for now, he was fitted and we have his NAM in. The best way I can describe it is, that it’s like a retainer. It’s made out of the same material but instead of going over your teeth (since he doesn’t have any yet) there are two little pieces that stick out (A and little nugget call them his saber teeth) that we have to put braces rubber bands around and tape them to the sides of his cheeks to hold it in place. It’s supposed to help shape and position his nose area. He also has a dynacleft strip that goes across the top of his nose to start rotating his philtrum (the area of his upper lip. Look at me go with the medical terms 😉 down. I feel like the tape makes things look more extensive than they need to, but it is what it is. I’m also reminding myself that this is to help him. In the long run it helps prep things before surgery and also can help decrease the amount of plastic surgery needed in the future. We need to change the tape every few days and we do give him a break from wearing it every now and then.
Poor little guy has been dropping weight and we have been back and forth to the doctors so many times. I had been exclusively pumping for him (which I still am) but then we also tried adding in some formula. It seemed to help, but then it didn’t. Long story short, we are trying a higher calorie formula and hoping that does the trick. On top of all of that, we were in the ER with him the other day because we were so freaked out by this big bulge in his stomach. Come to find out he has an inguinal hernia. I know it can be really common in babies but I just feel so bad that it’s something else he has to deal with. We have an appointment with a surgeon to find out if he does need surgery or if it’s something that can be monitored. If you could all keep him in your prayers I would really appreciate it. Other than that he is just the cutest thing and we are eating him up. 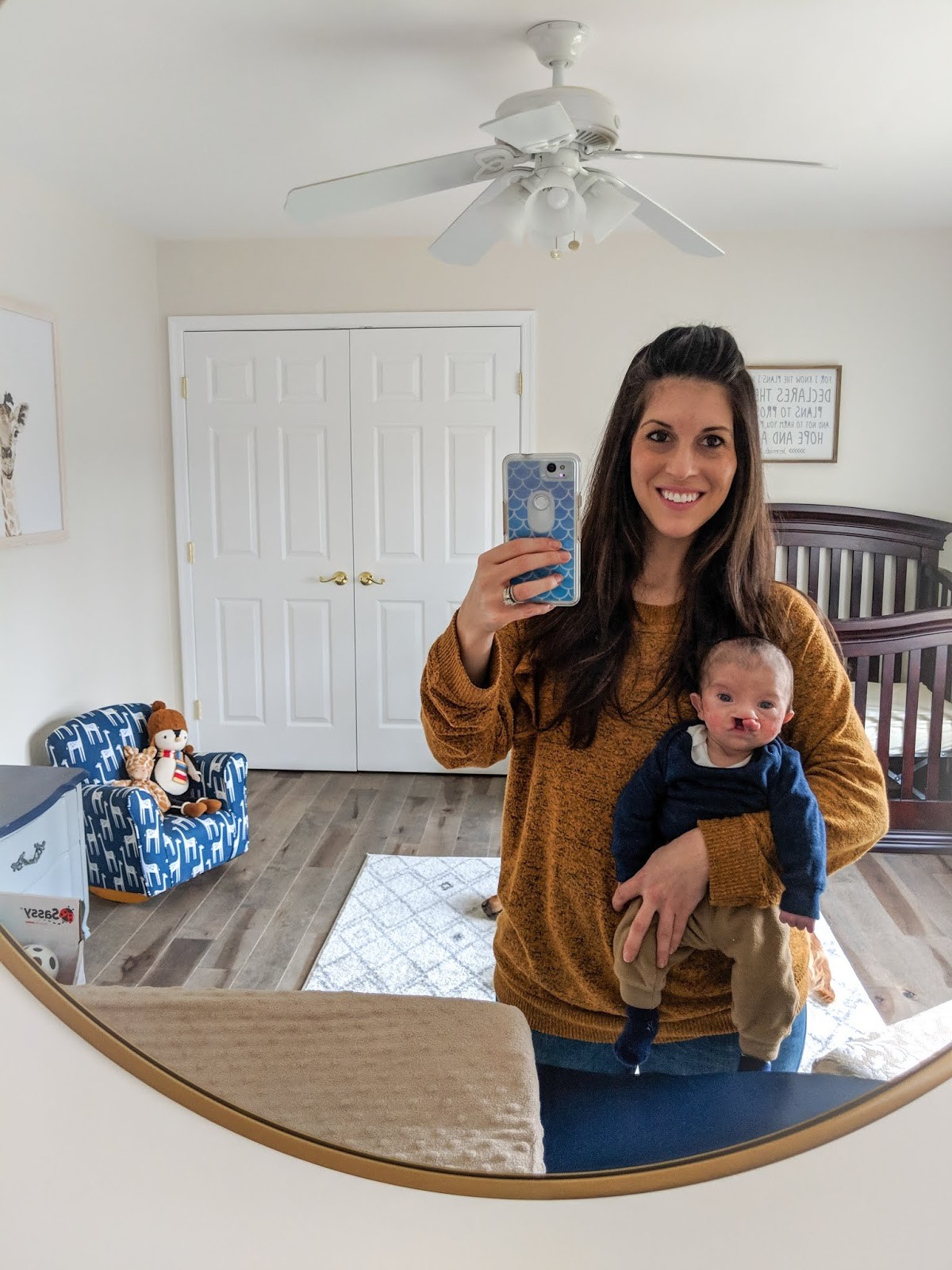 4. House update: if you watch my insta stories then you might have seen that I’ve been sharing some progress updates. It’s nice to see things moving along and coming together. So many of you seem to enjoy seeing them too because they end up being my most viewed stories, ever. I finally have my counter tops in after not having them around for Christmas. We made do as best as we could. The amazing husband that I have used an extra box of flooring to give me a makeshift counter. It worked great for the time being and we joked around about why do we even need counters when we can make our own. I do enjoy seeing the quartz and having an easy wipe down, though. We still have a ton more to do but we are celebrating the baby steps. I plan on doing a lot more dedicated home renovation posts in the near future so hopefully that will be something you’ll enjoy. 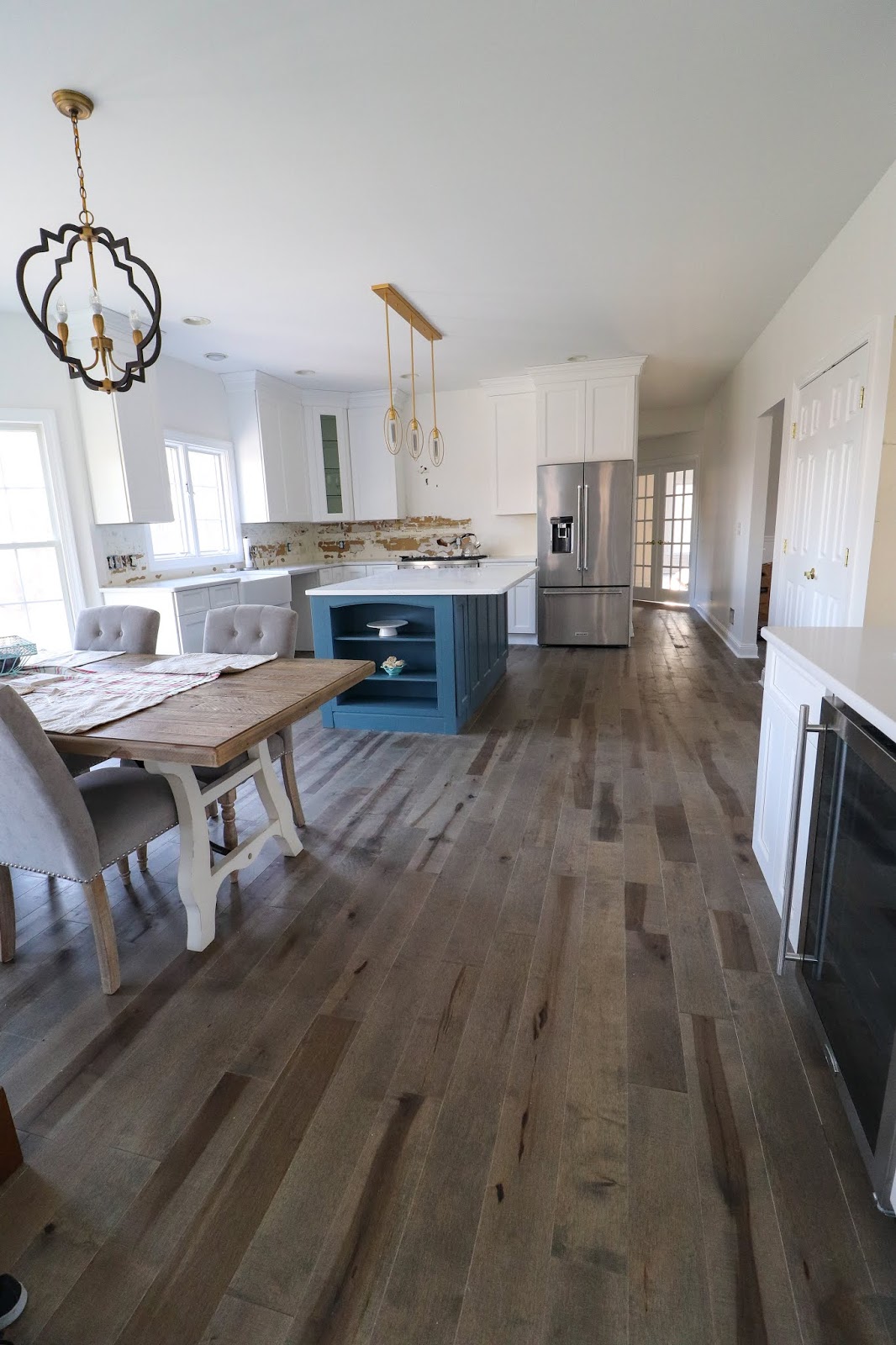 5. Exploring: aside from a lot of the craziness and not feeling like there are ever enough hours in a day, anyone want to come help me tackle this mountain of laundry staring at me? We are still finding ways to work in some fun for the boys. It has been tough to manage our time with them because C needs so much attention. Since we have a lot of property (well at least to us) now it’s been great to just walk around and take it all in. Thankfully this winter hasn’t been too bad for us (yet) and we’ve been able to get outside more than normal. I’m just hoping and praying it stays that way, and if so, I just might not complain about this time of year so much. How nice would that be? 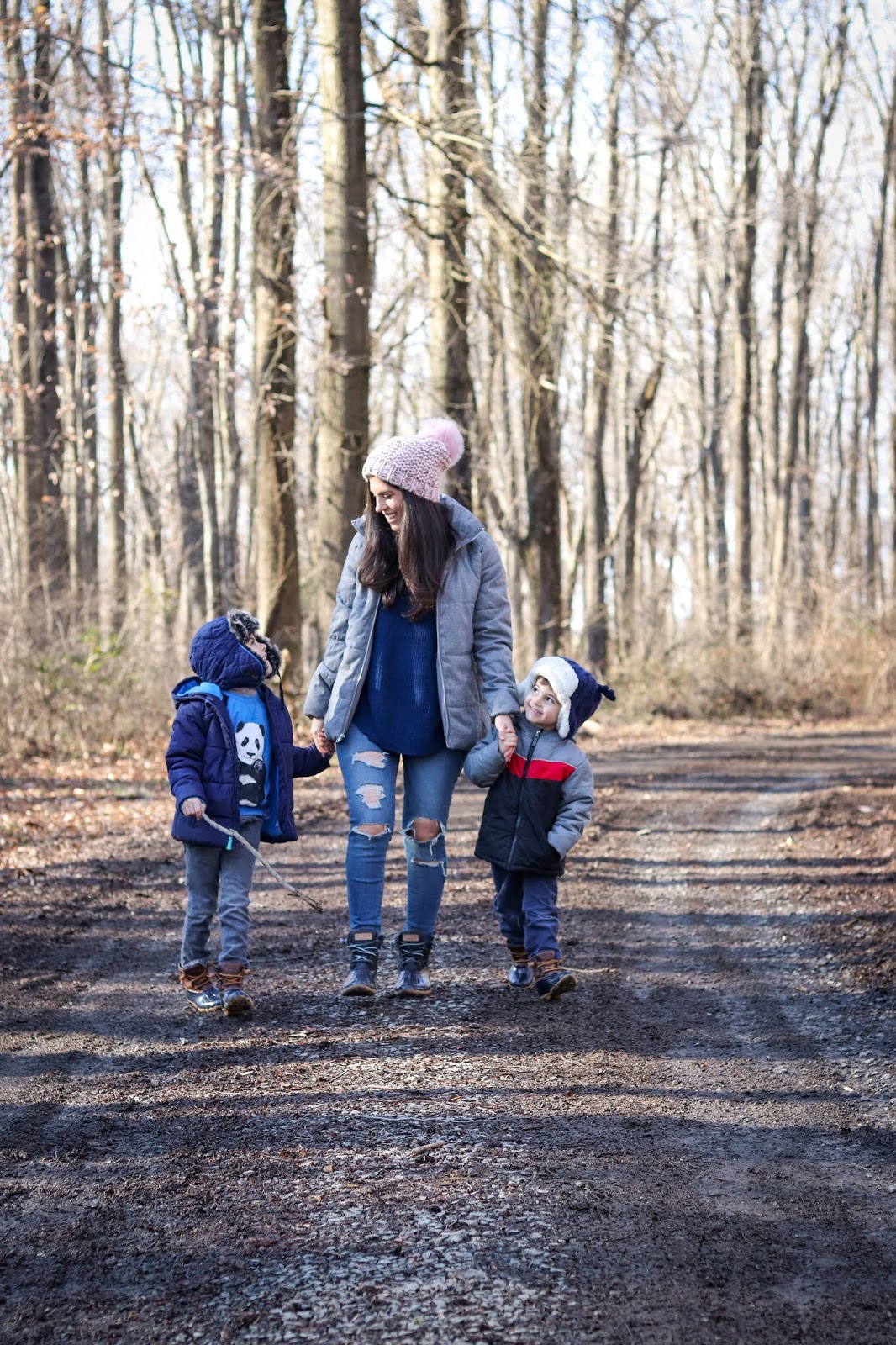 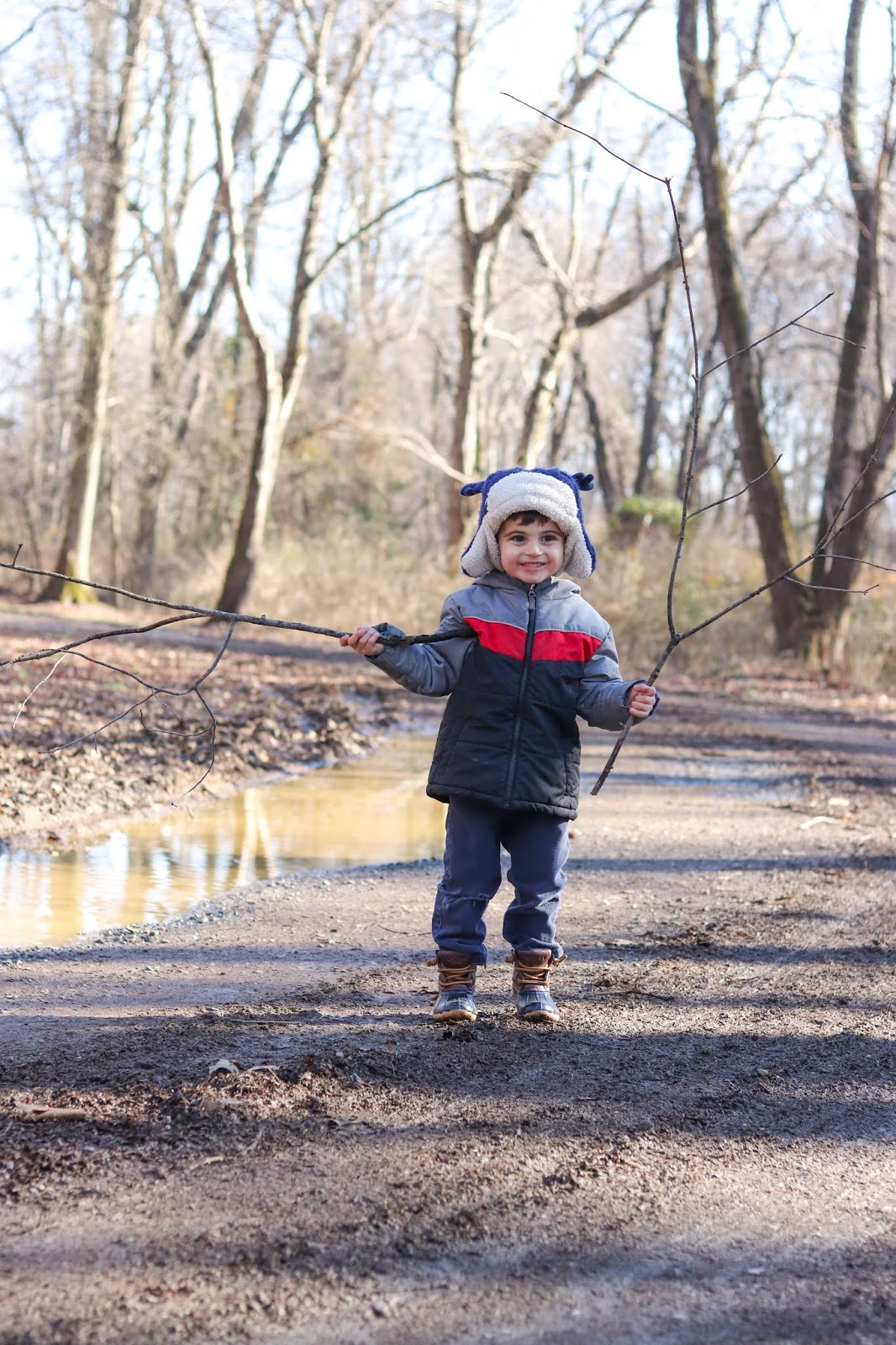 6. New Year’s: I shared earlier a little bit more about our new year’s celebration and the word that we chose for the year. We had a fun low-key night at home with our crew that consisted of goofy party hats (that I’m still finding glitter from), a dance party, yummy treats, and even a milk and cookies toast. 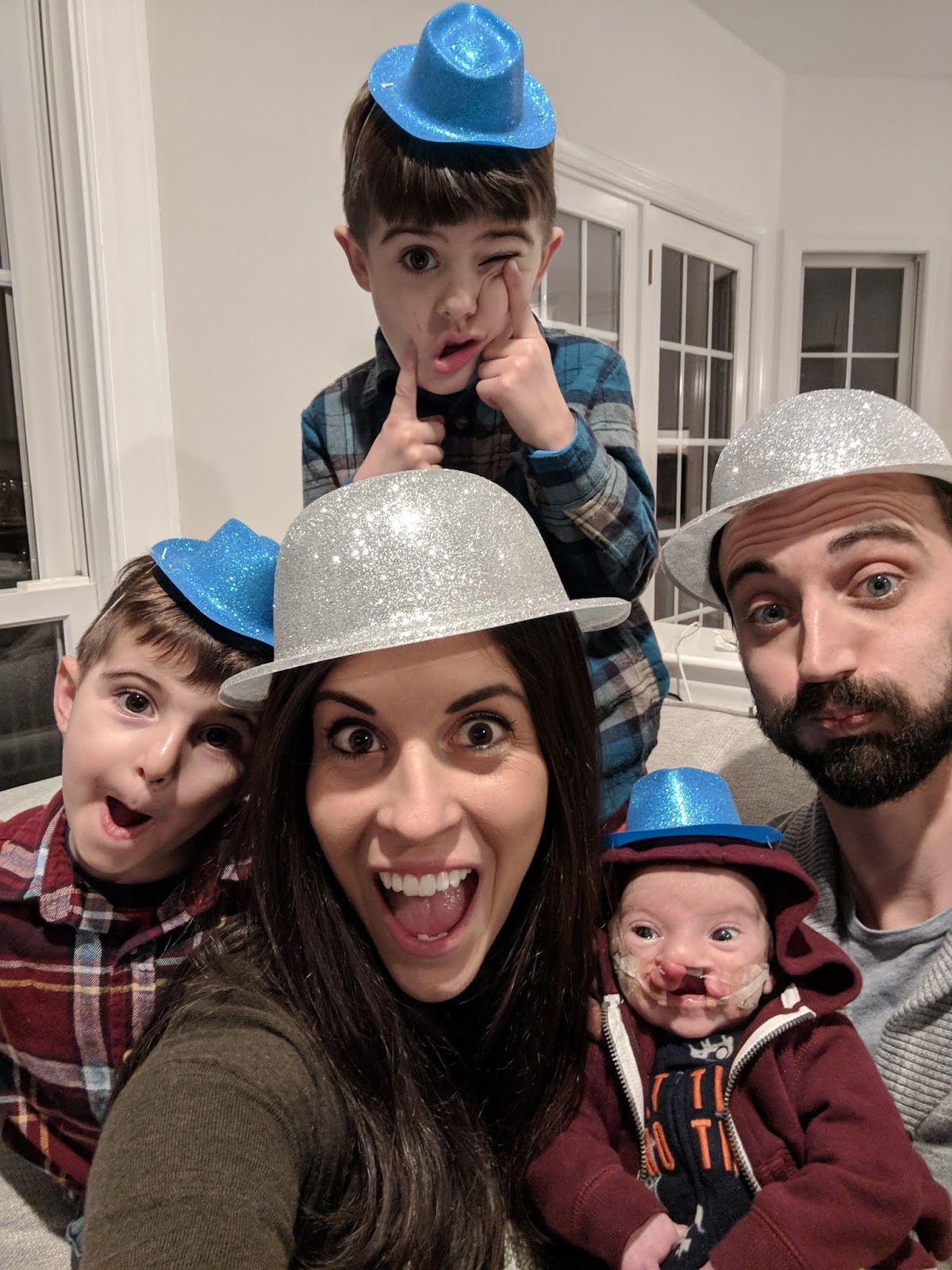