END_OF_DOCUMENT_TOKEN_TO_BE_REPLACED
Happy Friday, friends! We made it through February and I am happy to say, hello March! I know this can still be a tricky month for many areas but at least it feels hopeful that we’re out of the thick of winter.
What started out as a super stressful week, or maybe more like trying is a better way to describe it, I feel like it turned around and ended up being productive. The boys gave us some crazy moments with one tantrum after another leaving the beginning of the week feeling exhausting. I don’t know if it was a Monday thing or what, but they were off the walls. Eric and I started doing a Daniel fast with our church this week. This is the first time both him and I have done a fast, ever. Thankfully we’re still able to eat with it, just limited things. I really don’t know if I could do a full blown out fast. Has anyone every done one before? The Daniel fast allows you to eat fruits, vegetables, some grains, and beans. It pretty much cuts out all dairy, meat, processed foods, salts, sugars. You know, the stuff that’s not that great for you. I have felt hungry a few times but overall I do feel a lot better. We’ve had things like homemade vegetable soup, brown rice broccoli and mushrooms, homemade vegan taco salads, and stuffed sweet potatoes with pear, nuts, and cranberries. Overall everything we’ve been making has tasted really good (some things I would definitely add more seasoning to it if we could) but I think we’re going to try and take a night a week after this is over and incorporate a meatless night or two. Let me know if you’re interested in any of the recipes we’re trying.
Ok. so let’s get into some favorites from the week…

i mentioned in my favorites last week that my mom was going to be taking the boys overnight for us. It was so nice to have some time for our ourselves and also special one on one time with out littlest guy. We got to enjoy a date night and went out for sushi which I haven’t really indulged in since before I was pregnant. It was sooo good! I forgot how much I enjoyed sushi. It’s not something we get often anymore because the boys won’t eat it. I’m thinking when we do get some date nights sushi might be our go-to. We had the cutest little third wheel with us that we didn’t mind one bit. 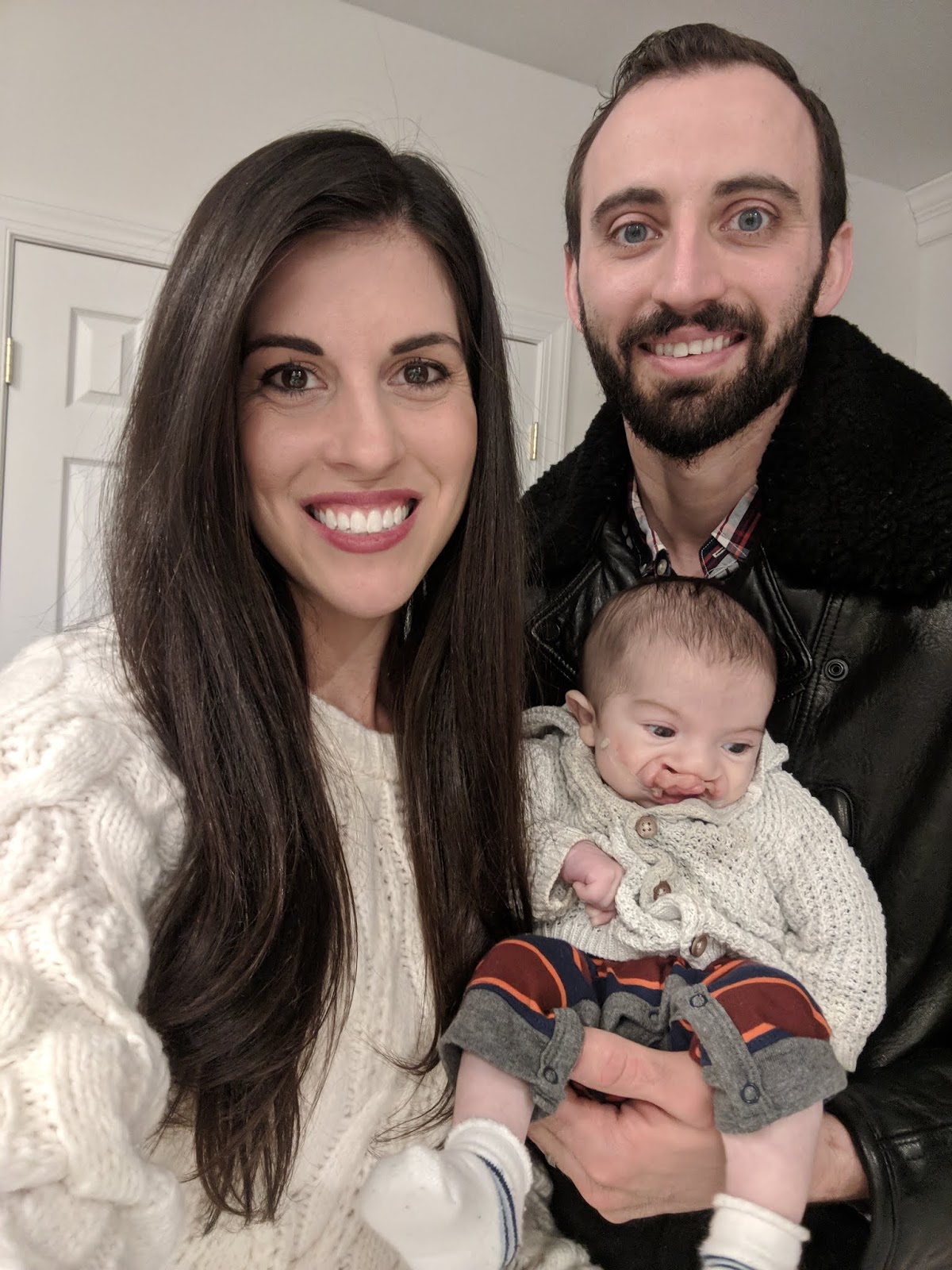 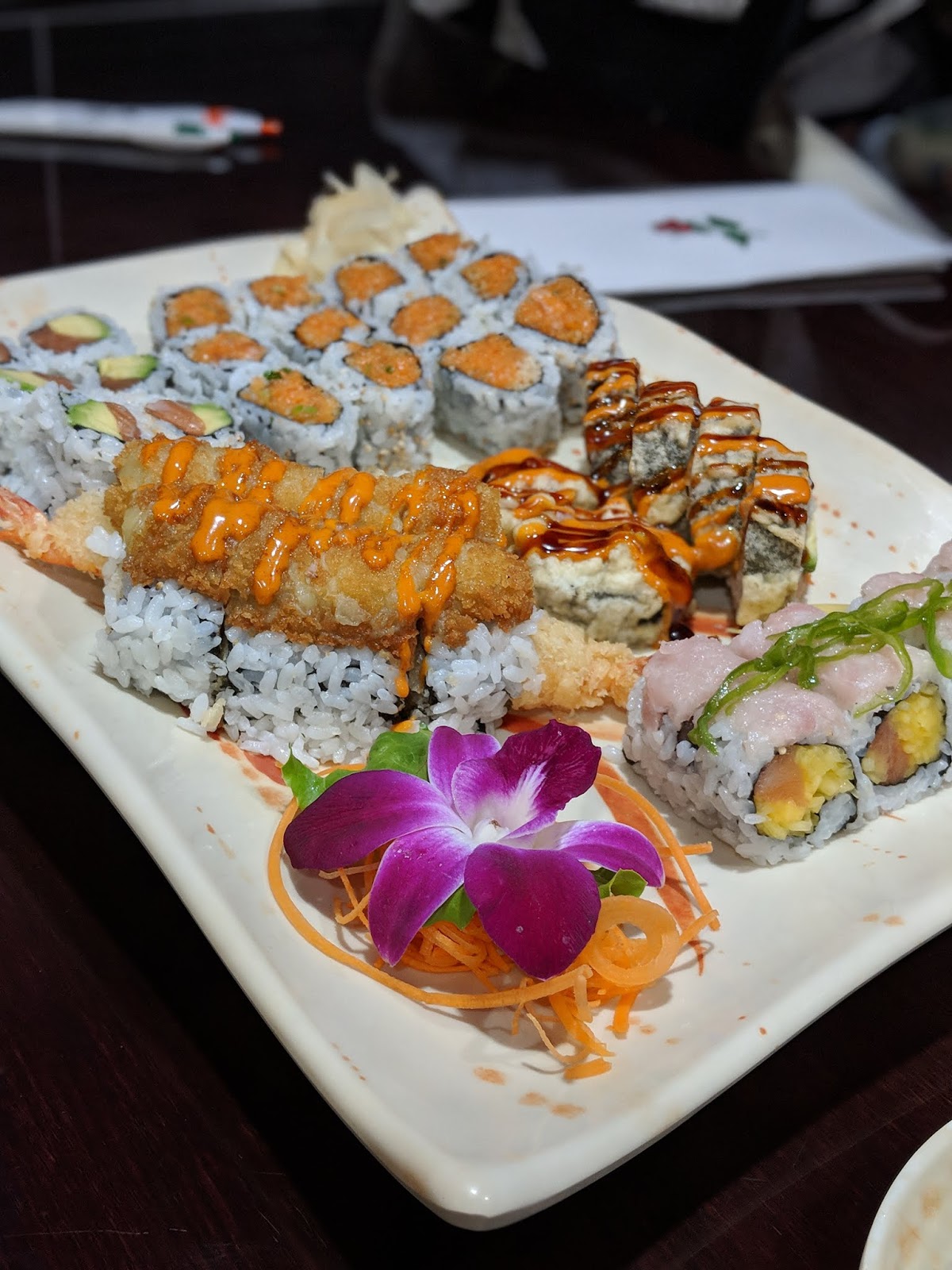 since my mom still had the boys we planned to go out and do some shopping since we still have a lot to furnish in the house. We have double the square footage and a lot of the pieces we previously had, we sold off before moving.
We’re right in the middle of two restoration hardware outlets that we’ve been scoping out for some finds. I had called both of them in the morning to see if they had a dining room table I was interested in. Neither of them seemed to have it but told me they would call back if they got any in. Well, wouldn’t you know one of them called back and said after they double checked their inventory they actually had two of the tables we were interested in, and in the finishes we were considering. We told them we would be in to take a look.
We decided on the salvaged wood trestle collection in salvaged natural finish. While we liked the look of the salvaged grey online, in person we didn’t like it as much. It also gave the table a different finish than the natural, and ultimately wasn’t for us. We’re planning on painting the base of the table a dark black to give it a two-toned look and really provide it with some contrast. I know some of you probably think we are nuts for changing something with a restoration hardware table, but we ended up seeing a table at Ethan Allen that we loved, but didn’t like the price. So how do you get what you want at a price that’s better for you? You shop the deals and make it to what you like yourself.  I still have to decide on dining chairs because we didn’t go with the bench or the chairs they had. I’m not sure if I want to add some glam with velvet chairs or a bit of a mid-century rustic feel with mid-century(ish) chairs. My problem is I don’t have one particular style that I like. I like a mix of it all and try my best to tie things together. Sometimes it works. Sometimes it doesn’t. 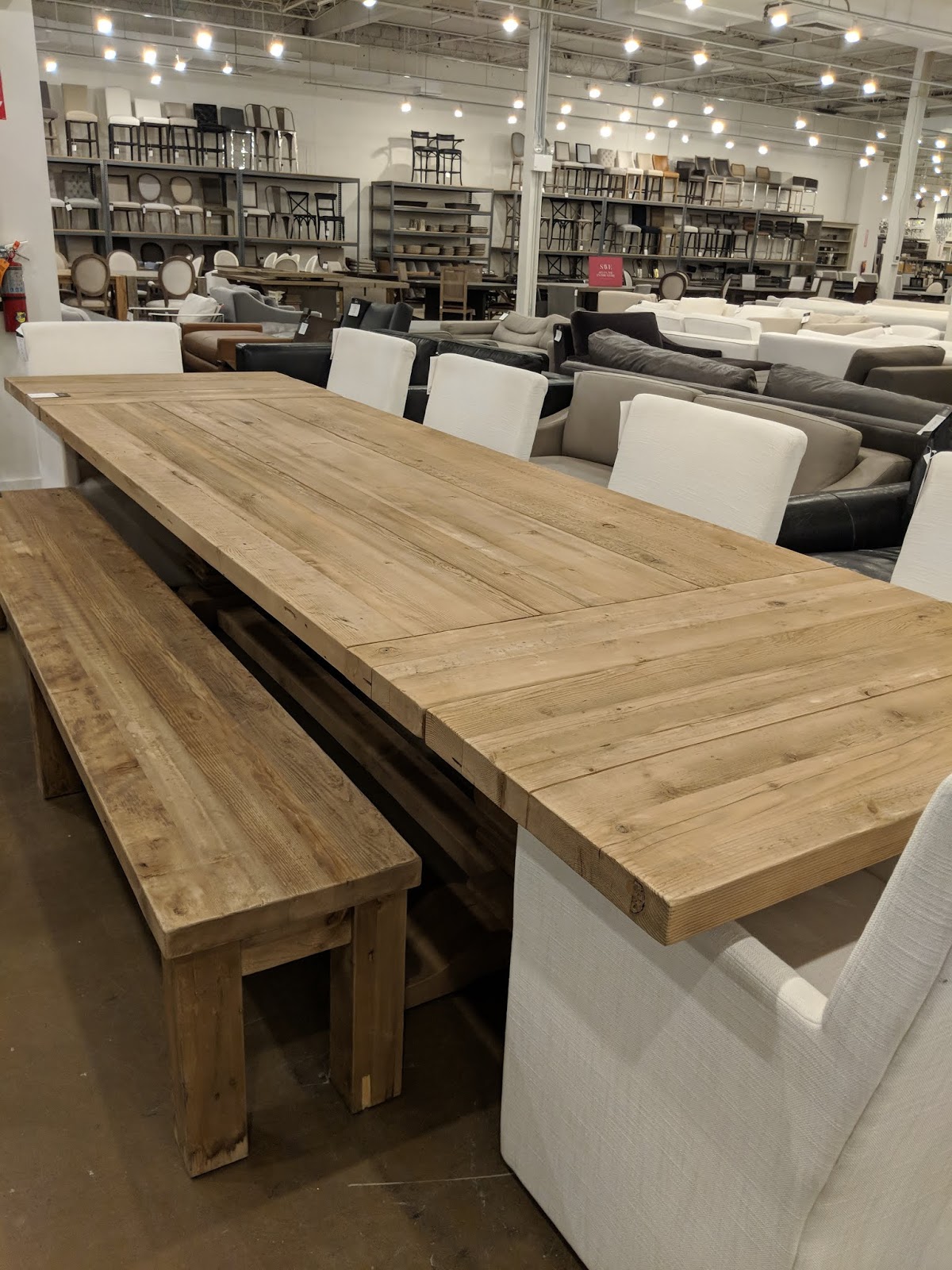 remember how I mentioned the beginning of the week was something else for me? Well, aside from A and little nugget acting like maniacs, my sweet baby boy was sooo clingy. I feel bad making this seem like a hard thing because I do love every minute of it and know that these years will go by in a blink, but it’s so hard to get anything done when he won’t let you put him down. I mean, even eating is tough let alone leaving everything else to take a backseat. Anyway, I had a lot of baby wearing going on this week. Actually, he’s snoring away on my chest as I type all of this out. 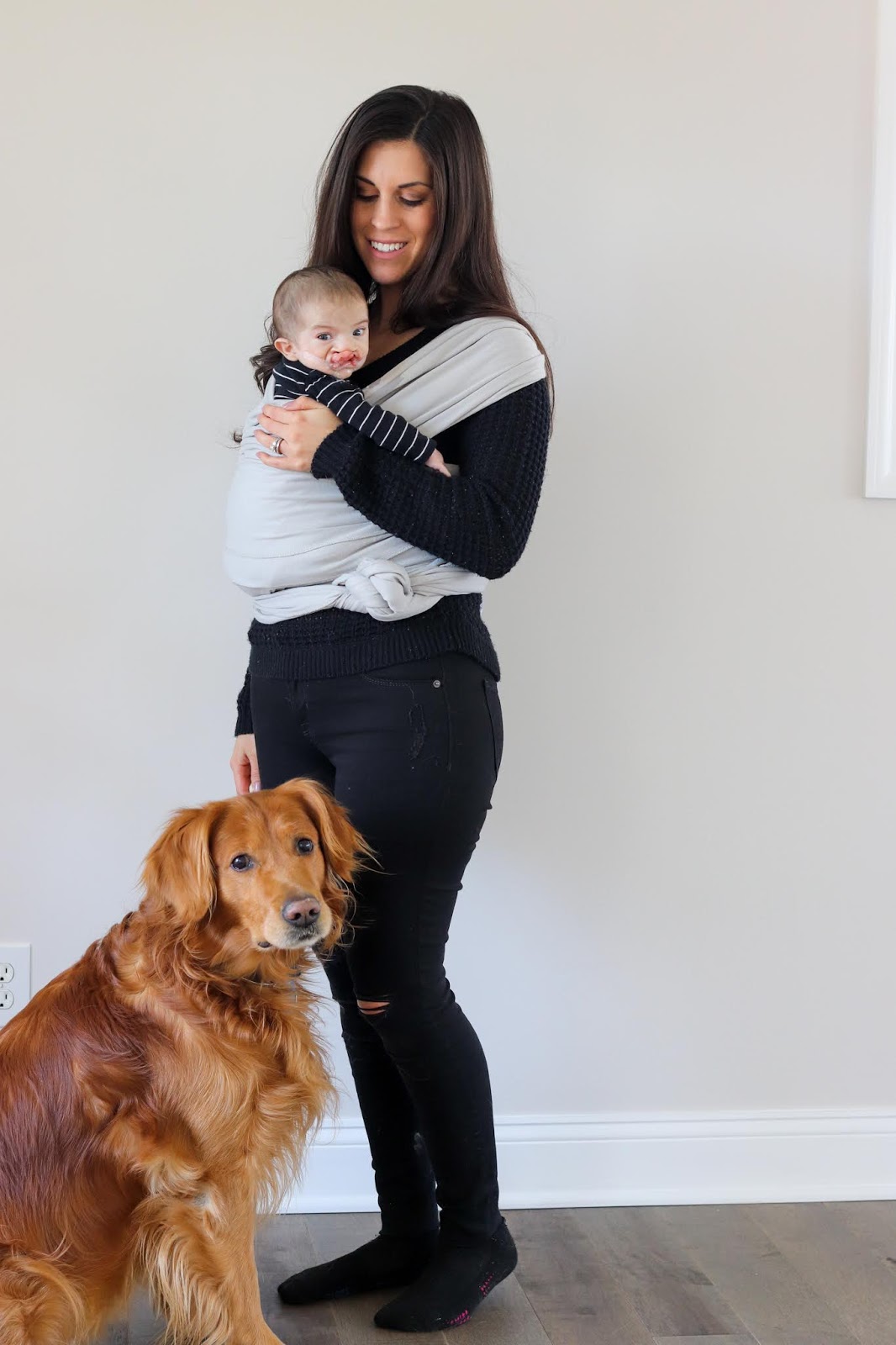 Aside from him wanting to be held a lot he’s also been a lot more content and so smiley. If you caught my stories (@beautifully_candid) I’ve shared some cute moments of him over there. It was such a nice surprise when this adorable knitted hat arrived in the mail from Dara over at Not In Jersey. It was so thoughtful of her to hand knit this for him and take her time to put a smile on our faces. He loves it and of course I coordinated his outfit with it 😉 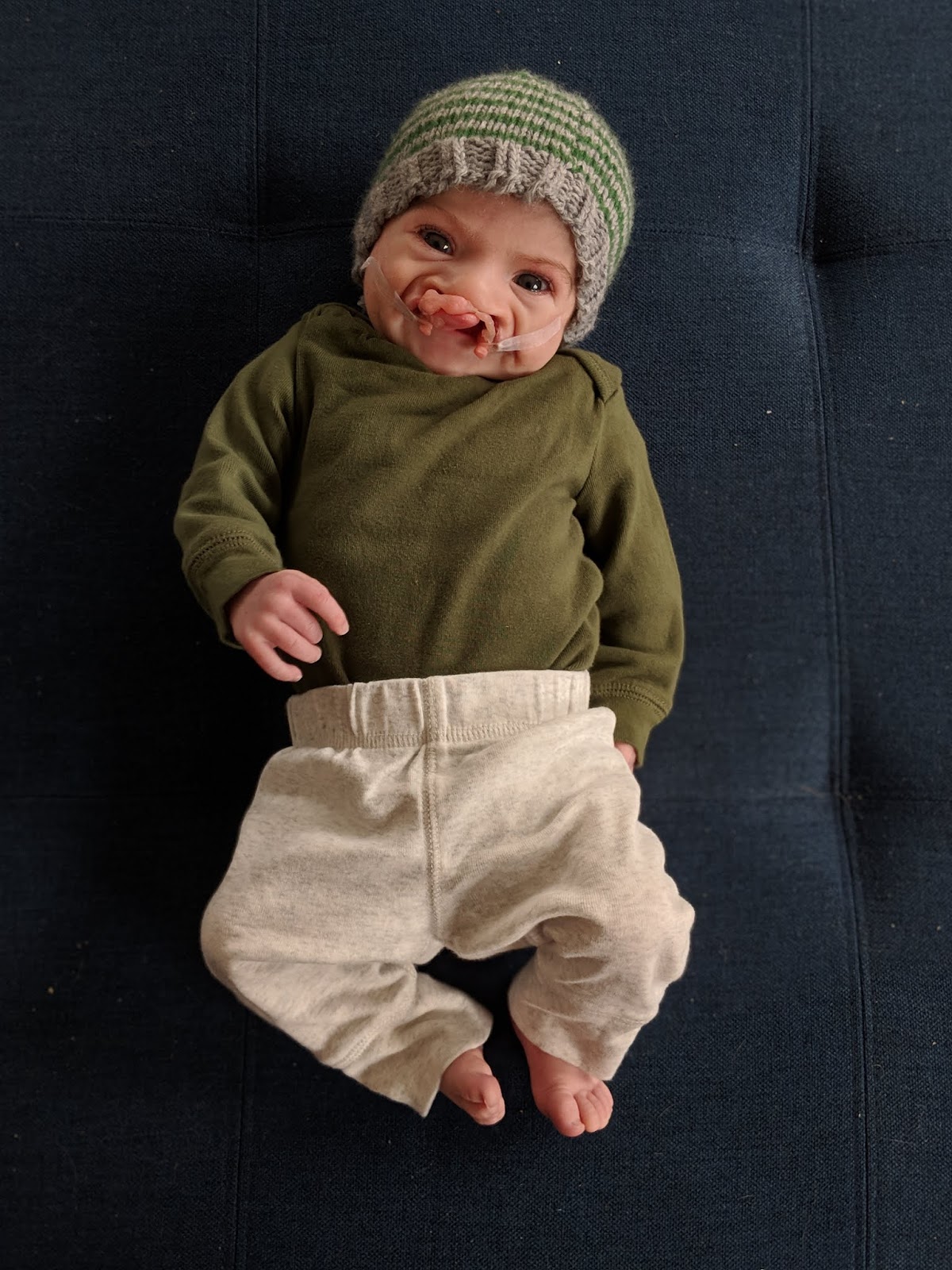 We also got a good report at the dr’s this week that he has gained another 6 ounces. We had a minor setback last week when we didn’t gain any, but didn’t lose any either. I mentioned last week that we were switching his bottle out again. It arrived over the weekend and now that he’s adjusted to it, we love it. It’s the pigeon bottle that’s specific for cleft babies. You can only purchase it from Amazon and this thing is not cheap. Regardless of price, if it’s working for him, then that’s what matters. Since he’s gained some weight he’s fitting into more of his 3 month clothes and I couldn’t wait to put him in this adorable outfit that Andrea from Living on Cloud Nine sent. We share a love for buffalo plaid so this was just perfect for him. I am continually so blessed by all of you who are supporting and encouraging us on this journey. You all are seriously just the best! 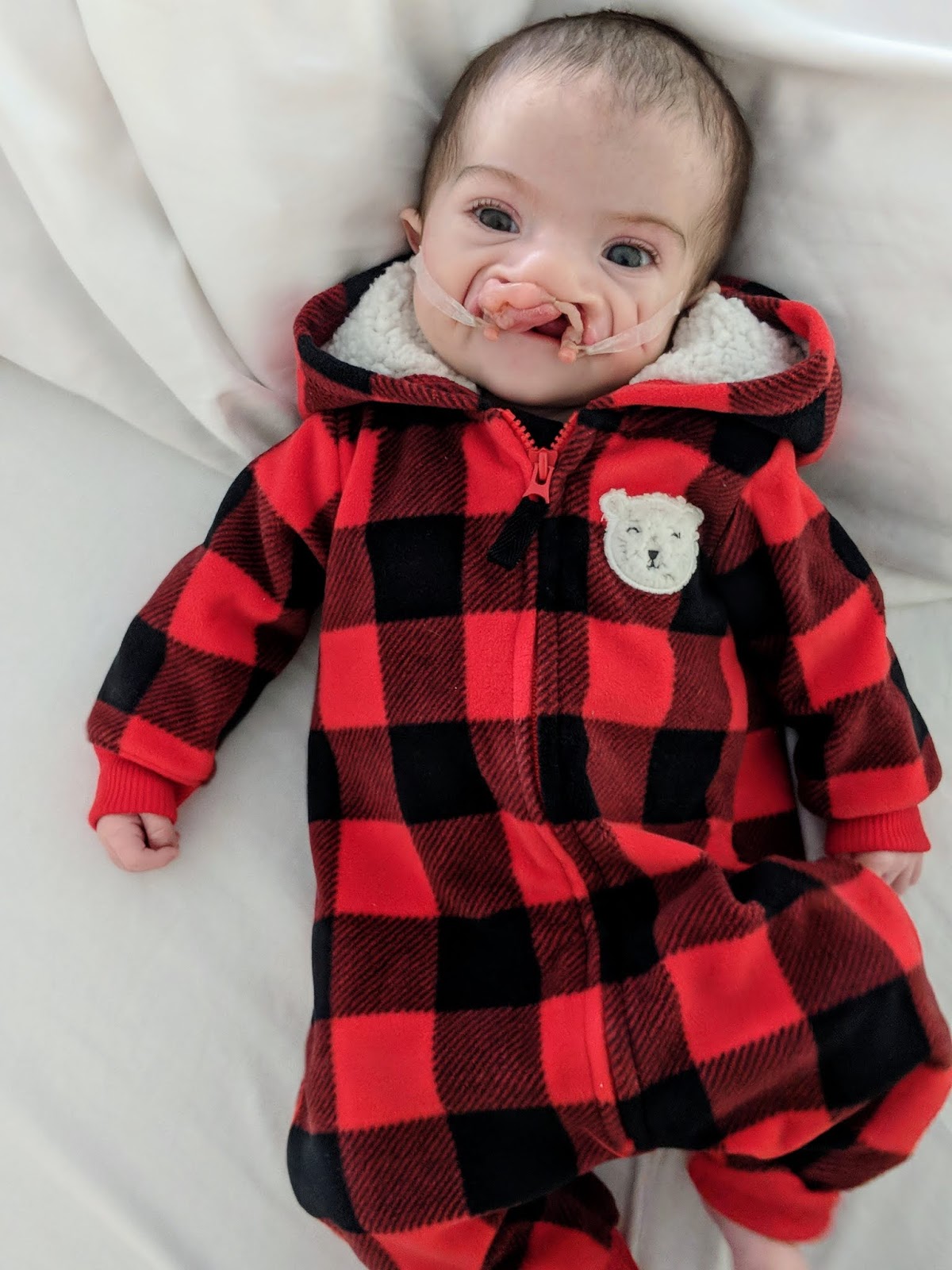 Transitioning Your Wardrobe to Spring:

now that it’s March I have all things spring on the brain. Even though it might not feel like it for several more weeks, it’s nice to think ahead about some warmer days. I shared earlier this week some inspirational outfits that can easily transition over to spring. It sounds like a lot of you agree on wearing a jean jacket and I love that others think more about wearing white now. 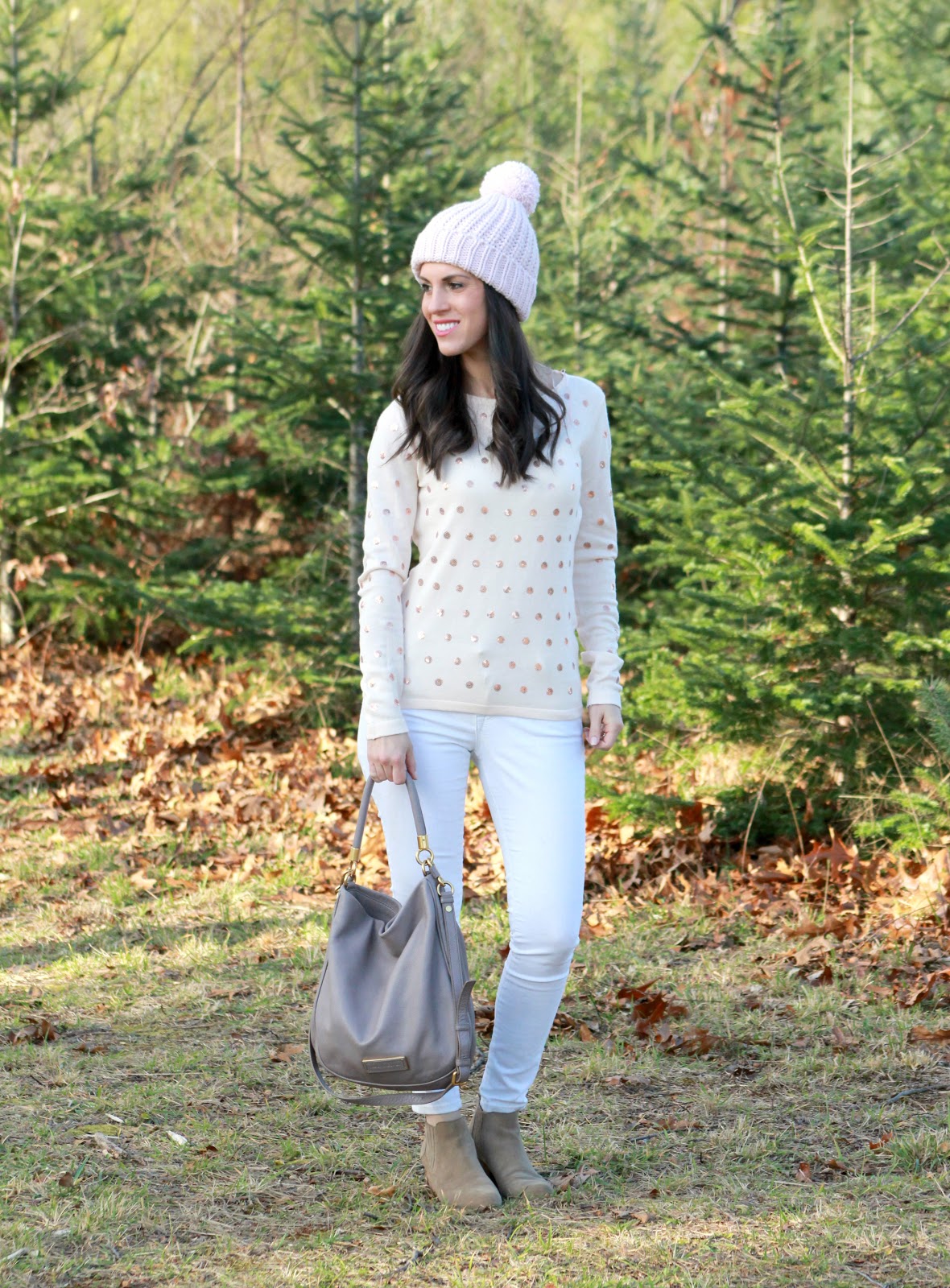 i’ve enjoyed adding this little section into my favorites because some of my favorite purchases have been from items you’ve all suggested. It also makes me happy to hear when you enjoy the finds that I’ve shared. I mentioned last week about our dilemma in finding a basic set of white plates. You all gave me some great suggestions for places to check out. After searching online for them we happened to make a target run (when is that usually not a thing) and we saw they had their project 62 dish sets on sale so we decided to grab 4 boxes. We have a larger family when we all get together and I usually never have enough plates. I think what sold me on these was, one, the price. Two, I love that they didn’t come with mugs (we have enough of them). And three, we also liked the simplicity of these that can be used for any season and also the depth of their bowls. We like a hearty bowl of cereal.
We also found some cute things to add to the decor in the boys rooms. I found this hanging banner for baby C’s room on sale at hobby lobby for $2.99, and with the saying there was no way I could resist. We also found some triangle shaped shelves (can’t find direct link but similar shelves here) for A’s room since he is going with an explorer theme and has truly embraced it, ran with it, and would have something in every inch of his room if we would let him.
My hair is getting so long (I need a cut soon) and with feeding the baby and him now pulling at it, I’ve been throwing it up a lot more. These spiral hair ties have been amazing. They don’t leave creases in your hair and don’t get tangled when you go to pull them out. The only downfall, I’ve caught the boys a few times taking them to wear as bracelets so I have to go on a hunt for them.
I hope everyone has a great weekend! Here’s where you can find me linking for all of the weekly link up fun.