END_OF_DOCUMENT_TOKEN_TO_BE_REPLACED

Happy Friday, friend! I hope your week was a good one. Ours was mostly chilly, windy, with a lack of sunshine, butttt there’s always good that can come from things regardless of the weather. And hey, Spring is literally right around the corner! Who else is excited about that? My allergies on the other hand, not so much.

Let’s jump into (haha see the first pic below) some favorites, shall we…

All the yes to more daylight! We haven’t exactly been able to take full advantage of it this week, but it was out there. The first few mornings, ok, ok, ok, more like all of this week, has been a struggle to get out of bed. I’m also blaming that on the gloomy weather.

It’s a trade off we can handle because we’re super excited about getting back outside after dinner, going on nightly family walks, and sitting up at our pavilion to catch some killer sunsets.

One of the things we have missed a lot of during the past year has been going to sixers games. We’re season ticket holders and watching at home from the couch just isn’t the same. We were able to make it to the first game open to the public (things are different and our season seats won’t be back until next season due to social distancing, so we had to purchase tickets) and had the best time! Oh, and they won!

You know what was really cool? Being in a huge stadium with very limited people. Honestly, I’d be totally cool if the place wasn’t packed to the max. We even made it to their highlight video on their instagram. My little guy breaking it down in the beginning cracks me up and I had no clue anyone was even around with a camera catching some of my moves. This is all brief two second clips, but you know what, it’s fun to celebrate and really cool they captured some candid moments of us.

We might not have an ounce of Irish in us, at least not that I know of, but it’s still fun to celebrate. My boys have been so excited about trying to catch a leprechaun. We made it fun for them with leaving some leprechaun dust and even some bright orange hair from his beard.

I put together a little breakfast for them served with our no food coloring green pancakes and fresh homemade maple syrup from the trees on our property. I also put together an afternoon charcuterie board that was a big kit.

So you would have thought the dust and beard clippings left behind from the leprechaun would have been sufficient for my son. That would be a no. He’s determined, and things ended up getting a little out of hand later on in the afternoon. I shared more about this in my insta stories. Shameless plug, you should tune in if you’re looking for some entertainment. Some things are random, but usually it’s never a dull moment in my home.

Anyway, my son had a school project to create a trap using recycled material, a simple machine, and then to share about it. The project in itself was an ok concept, but the kicker is, some kids went into school and I guess they were upset their leprechaun didn’t leave them any gold or make any kind of appearance. They were talking and somehow the idea of still being able to catch one later on in the day came up.

So what happens, my son comes home on a mission to still try and catch one. He has this inventors box that our good friends game him as a gift with a bunch of different items in there to do all kinds of experiments and projects. One of the things in there was a bag of gold medal flour. Well, in his little mind he sees gold medal and thought there was actual gold in there. Totally logical in a little mind and perfect to use for luring in a leprechaun, right?

I was on my laptop doing work and he did come to me and ask if he could put flour out to try and catch his foot prints leading up to the trap. I kind of half heard what he asked (my fault) and told him, yeah, yeah, yeah that’s fine. Well, my mistake was assuming he wasn’t going to use the whole bag, because you guys, he used the whole bag! On my floor. In a trail (a very well maintained one I should say). My look of pure shock must have said it all because he got really upset and thought I was upset with him. I wasn’t at all. More shocked than anything. We cleaned it up and used it as a teaching moment to talk about better communication and making sure we both understood things going forward. Let’s just say he has all these ideas already whirling around in that little head of his for next year. He is determined to catch one. And if they really existed, I’d have full confidence he would trap one. So now, where can I find a leprechaun for him???

Our neighbors have chickens and we got to enjoy some fresh eggs. I’m telling you, there is nothing like fresh eggs. I swear you can taste a difference. Their yokes are a different color (more orange and vibrant) and I think they make for even fluffier scrambled eggs. I love how there were some bluish greenish ones. The boys want to get more and use them to decorate for Easter. I think it’s a great idea! And now that we’re getting closer, I’m breaking out the Easter decor today.

After spending so much time at home last summer we realized how adding a few things to the yard for the boys would be a good idea. I would love to add in a treehouse and some other things, but there are seriously not enough hours in a day and our list of projects is never ending. We have a lot of land for them to run and use their imaginations, but there’s also something fun about having things to use and play with. We thought about a trampoline and a swing set, but a lot of people we talked to say their kids use it for about a month and then get bored with it. I’m sure that can happen with anything, but we weren’t sure we wanted to pull the trigger on something like that.

We thought about things that can be moved to different areas or can grow with them. We decided on this ninja obstacle course which we think they will love. We also got this dome climber that we can see them using a lot. We have this spider swing for them that they use often and even I swing around on it from time to time. We also picked up this climbing rope and disc swing to go out by our pavilion area. They’re set to arrive today and we’re really excited to surprise them with it.

I hope you have a great weekend! 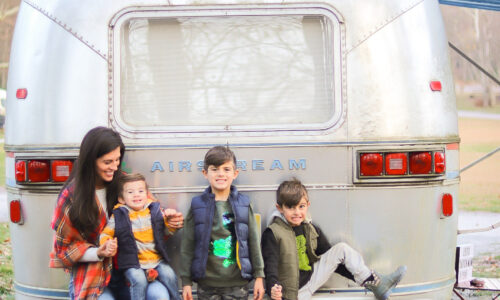 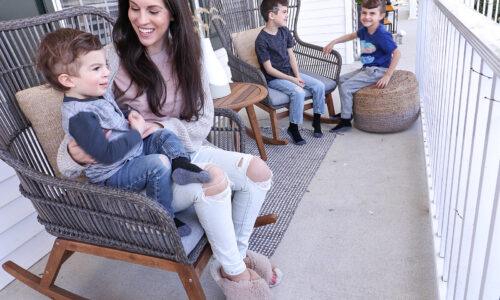 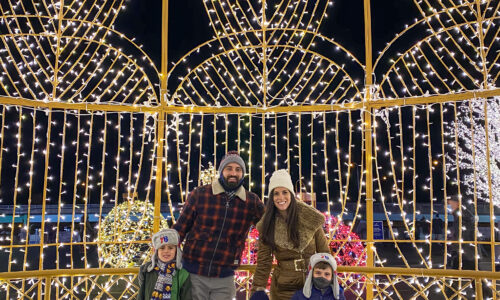 These Are a Few of…