END_OF_DOCUMENT_TOKEN_TO_BE_REPLACED

Systems loading, it’s party time! My oldest son loves a good party theme and celebrating his birthday. This year, he told me he wanted a robot themed party, and let’s just say my gears starting turning. Haha see what I did there. Ok, ok, I know super corny. Or maybe what’s really corny is the fact that I said, corny. Anyway, moving on. Let’s talk party details.

One of the things I love about parties, or celebrations in general, is adding in little touches that can make a big impact. You can easily incorporate them into food themes, party bags, and of course the invites. My-go to for easy printables or custom designs has been my friend Becky from PaperieOffPark.

You might remember she also came up with some great designs for our previous Reptile Party and Shark Party. The gatorade bottles have always been a hit with my guys, so keeping up with tradition, we had to incorporate them into this party as well. And guess, what, they were a hit, again! Although, apparently there is a supply chain shortage of Gatorade. After I ran around to three different stores I finally found some.

It was nice to get creative with the menu items and add some robot fun with these tent cards. Anyone else notice that kids seem to be pickers at parties? They are so excited with everything going on and more concerned with the snacks and sweets. I mean, it’s usually always about the snacks with kids, right?!

My mom was a gem and a great help with an extra set of hands. She did a project with the kids where they made robots out of recycled items. We used things like water bottles, pouch caps, foil, and some other craft items. The kids had a lot of fun with the project and they all got to take something extra home in addition to their party bags.

Speaking of party bags, how cute did these treat bags turn out? The favor tags were a nice touch and an extra way to say thank you for coming. I scored these robot party favors and added a few extra goodies to put inside for all the kids to enjoy.

We had a robot ring toss game and a fun inflatable robot guy that is still currently in my basement because the boys like playing with him so much. The best part of the day was seeing how happy everyone was and hearing the kids laugh and play together.

When it came time for cake my youngest ended up throwing a bit of tantrum, ok real life, it was an all out major meltdown. He thought it was his birthday and was not happy when he realized the fuss wasn’t about him. I mean, he is only two, so we cut him some slack. At that age, every day is your birthday. His older brother was the sweetest and even relit the candles to let him blow them out as we pretend sang to him.

I know I’ve mentioned it before, but it really is crazy how I now have an eight year old (linking his shirt here). Many of you have been reading along with me since he was a few months old. For some reason eight feels so grown. He is maturing so much and we couldn’t be prouder of the young man that he is becoming. He is such a joy and a blessing to us.

Thank you for sharing in the moments and seeing some of the details of his special celebration. Be sure to pin this for future robot inspiration. 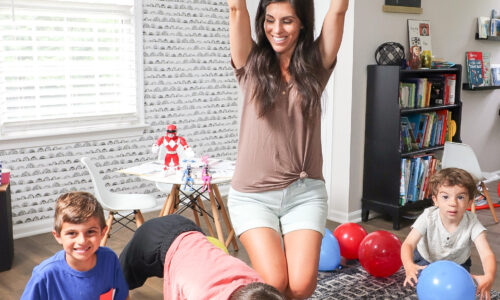 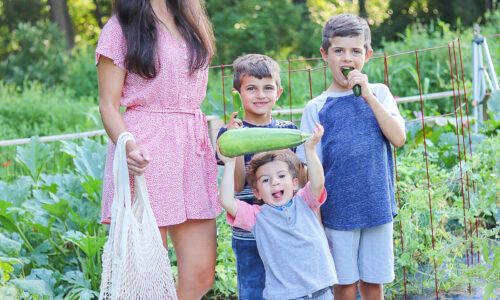 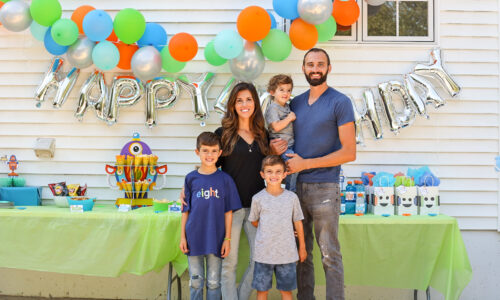